I decided to take this course to learn more about illustration, compositon and color. I'm a in house designer at a fashion accessories company and I work with a lot of texture and typography but lacking on illustration, composition, and color. We're currently doing a 1950's inspired campaign and I hope what I learn through this course will carry over.

Metaphorically loud:
monkey mind
jumping from one thought to the other
tree to tree
emails
phone calls
schedules
tasks

From these words, I decided to create a dreamlike illustration of the mind before it falls asleep. This is something personal to me because I have trouble falling asleep sometimes due to my chattering mind. I think about all the things I need to do the next day, random moments I had the day that passed, and other sporadic thoughts. I want to create something visual from these thoughts. If this illustration was for a client, it'd be an editorial for some sort of psychological journal. 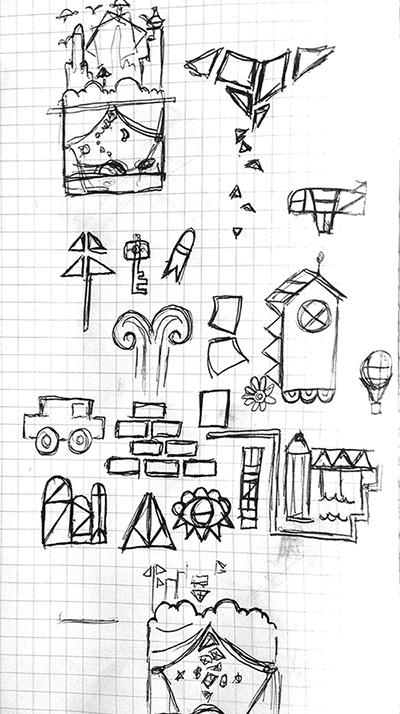 I'm not completely satisfied by what I have so far. Right now its becoming random objects that don't really have much context. It's becoming more like creating a puzzle rather than figuring out what the big picture is. I'll need to refine my illustration by having things interact somehow. Someone suggested have these objects battle it out; things crashing into each other, poking, hitting, etc. 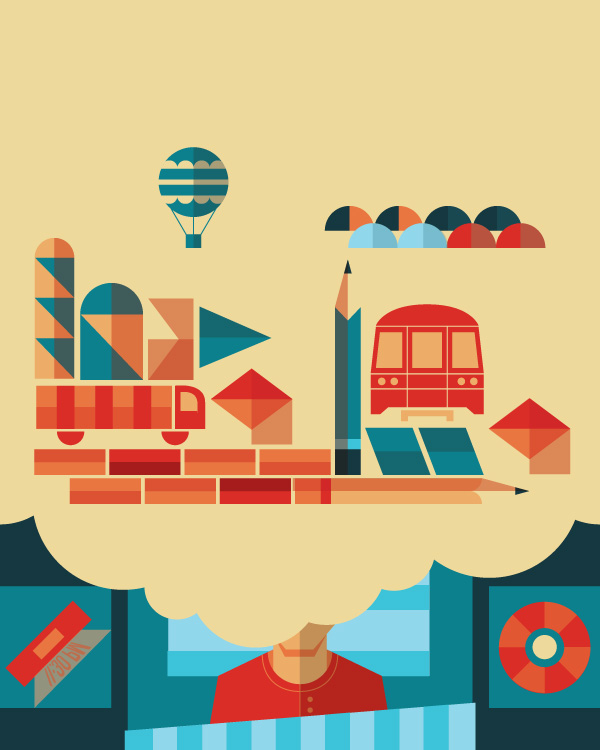