The Asylum by Madeline Roux(Dan Crawford)

In the beginning of the story, Dan is creeped out by the old asylum they are using for dorms at the summer school and by the photo of a man with his eyes scratched out in his desk but he is completely fine and reassured after he makes two new friends, Jordan and Abby. You see his curiosity and feeling of unease creep up on him again when they go to explore the warden's office. The change of his character is that he slowly becomes terrified and also at the same time falls in love with Abby. His terror increases through his urge to be curious and find out about the insane asylum nobody talks about. You see his decline in sanity as he is haunted by the things he finds and gets strange notes from the dead prison warden and also as his friend Jordan begins to act strangely as well. The constant inconstancy of the notes -in that they always appear when he has finally started to feel safe again causing his psychological decline. The second cause of his descent into terror and madness stems from what he finds out about the asylum. He does research and finds out that Abby's aunt was put into the asylum when she was 7 and the similarities between Dan and the Daniel Crawford including the shared name continually spook him. The final thing at the end that causes him to fall into blind terror and panic is the possession of his roommate Felix in the end of the story. he tries to tie up Dan and perform surgery on him like they would in an asylum. This ending scene causes them to leave the summer school. The feelings that changed over the course of the book were his feelings of both sanity and safety and the very end shows his PTSD-like symptoms from the trauma.

As for his feelings for Abby, the first indication of his feelings show up after he explains his nightmare to her; she tells him what he can do to make them go away and confides in him. He makes her laugh and feels the urge to kiss her. She says she likes him and it takes him a minute to "reboot his processor" because she likes him. The next indication of feelings is shown when they go out to town together. Another is his open declaration that he wanted to be with her. They go through a lot of traumatic things together causing them to be closer.By the end of the book they are kissing and an official couple. 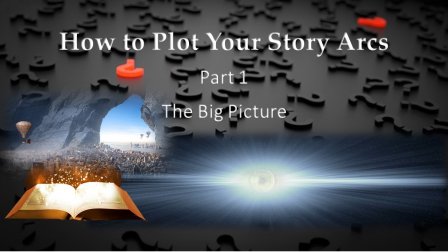