The Adventures of Kelly Kerry ChowChow

After brainstorming for a bit, I decided to pick a story of my adventure cycling from Seattle to San Francisco during the summer of 2014. I was deciding among this story, my professional development story, personal growth story, and a story about a reflection app idea I have. I chose the bike adventure one because it is relatively more specific than others.

I've been wanting to turn my bike story into a book (in a coffee table book or a non-fiction form) or a series of blog posts. This class can help me kick-start it. (I vlogged every day during the trip! Watch the videos here: https://www.facebook.com/KellyAdventures)

It is a "Story of Me" that tells you about Kelly's bike trip.

I picked more than 5 components. In fact, I used all 9 of them. Some of the components share very similar points.

Here, I'm going to share the components really stood out to me after finished writing all of them.

"Overcoming obstacles" is a typical type for adventures and my story definitely falls into this category. However, for me, arriving at the destination (reach SF in one piece) is not the ultimate goal for this adventure. Instead, it was more of a self-discovery and an openness to experiencing the surroundings. The story is more than just showing Kelly's resilience, but a demonstration of her being a fearless adventurer. Someone who will constantly challenge herself, update her beliefs, and create more success spirals in life.

Also thinking about how different perspectives shape different ways to narrate the story.

I have to say that, given how many times I've procrastinated, the next step of drafting my story is very challenging to me. A small percentage comes from the habit of being a perfectionist. The biggest percentage comes from my feeling towards my first teammate - Susan. I had to force myself to revisit the memories traveling with her, which inevitably stirred up the negative emotions along with the conflicts between us. After spending some time talking with my significant other, I realized that it was not about Susan not contributing to our trip. It was more about me not accepting her contributions because I did not perceive those as useful things to have during a bike trip. She has tried to contribute in the way that I wanted; and she failed, which I cannot blame her because I was expecting her to meet the standards I set for myself.

I wonder why I feel different about the second group of people I was riding with. Everyone was so eager to help. I meant everyone was so eager to help each other in the ways that I wanted. For example, filling up water for each other, finding sticks for tents, washing dishes and cooking food. How they contributed was different from how Susan contributed. She tried to contribute by bringing extra party dresses, handing me an extra copy of Christianity brochure that her mom gifted to me, giving me an extra toothbrush, and offering tips for responding uncomfortable comments from male friends.

I think re-writing the story of my bike trip can help me gain a more realistic perspective of my conflicts with Susan.

Adding this under the "Lesson Learned" card

I decided to start with a "World View"

This is a story about Kelly and her bike trip. In 2015 March, she had an idea of embarking on an epic bicycle journey to somewhere in the US. After speaking with local bike shop owners, she grew more confidence on the idea. With the support of her friends at Stanford Salon and her partner, Alton, she made the decision to bike from Seattle to San Francisco to build stronger mental models that will help her become who she wants to be.

She had this world view that the bike trip could help her to:
1. Build a success spiral of conquering fear:
Because most of the fears are unfounded imaginary monsters that hide in our closets and come out at night.
2. Overcome challenges with her whole body:
Utilizing physical challenges as a tool to break down mental blocks and to practice focus. Like a bookmark in life that she can refer to when going through hard things. A way to help her brain contextualize intangible challenges.
3. Focus and be in the presence:
Her brain likes to think in 10 steps ahead of time before executing on any ideas. This bike trip will be a good practice since nothing will happen until she pedals that bike.
4. Embrace uncertainties. Believe that good things will happen when doing something excites her.

Before she left for the trip, she thought that she was going to be the cyclist version of the “Wild” girl. Someone who can do everything on her own. Someone who is hardcore. Someone who fights with her willpower and persistence.

Of course, there were several challenges that she was facing. She had never biked for more than 40 miles a day before she left for Seattle. She didn’t know if she would ever finish it. She had a traumatic experience with bicycles at the age of 5 - being dragged by a bicycle on a paved road. She had never done a self-supported trip with teammates who were just as inexperienced as she was. She had doubt about her teammate, Susan. She had this tendency to exaggerate possible negative consequences like being murdered, raped, or eaten by bears. Her worried boyfriend and worried mother did not help much on that part.

During the journey, she encountered numerous conflicts with her first teammate, Susan. Their conflicts ranged from their different communication styles to zero-communications between them. Her friends and family wanted her to stick with Susan because it was less safe for a girl to bike alone. Kelly was spending her time stressfully thinking about how to communicate with Susan better instead of enjoying the bike ride. She failed at being a better leader she thought she could.

Then, Susan met Steven on the road. Their moms were friends with each other back home. Susan seemed happier with Steven.

On their last day to Portland, Kelly lost contact of Susan during the last 40 miles. That day, Kelly broke her record and biked for 100 miles which was just as much as the combination of her first and second day. Kelly and Kai (a friend met in Seattle who decide to join her in the last minute) started the day at 5am and arrived in Portland at 9pm. She felt like a mindless zombie pedaling a bicycle for the second half of the trip. They pushed the limit and made it. Still, no message or phone call from Susan.

The next day, Susan contacted Kelly. They decided to split in Portland and went on their separate ways.

Being on her own for the rest of the trip really made Kelly’s mom worried. As the only child in the family, she was her mother’s everything. Raised in a busy city like Taipei, Kelly did not grow up camping or adventuring in the wilderness. She could feel her mom’s fears projected on her. After one week in Portland thinking and re-planning, she decided to finish the journey no matter what. She activated a satellite phone that tracked her locations and sent updates to her loved ones regularly. She took a bus back to the Pacific coast and met 2 women during the bus ride. She learned about the balance of feminine and masculine sides from Alex, who was the only female engineer at shipping boat companies. She learned about Joseph Campbell’s Hero’s Journey through Alyson, who was a neuroscience professor biked alone from Mexico to Canada.

Through the second half of her bike trip, Kelly received numerous kindness from strangers who fed her, welcomed her and provided her a shelter to rest.

One thing that she appreciates the most is her “wolf pack.” A group of traveling cyclist she met on the road. Everyone was responsible for herself/himself. At the same time, people were always looking for ways to help each other out. Biking with the “wolf pack”, Kelly got to enjoy her bike trip to the most. Each wolf was assigned to a title like CNO (Chief Navigation Officer), CEO (Chief Entertainment Officer), CFO (Chief Foodie Officer),  CBO (Chief Bonfire Officer), and CSO (Chief Safety Officer). By spending time with the wold pack, Kelly experienced the pleasure of doing something great with a compatible team. A team where everyone was interdependent and worked together towards the same goal. They saved each other from the possibility of getting hit by rushing trucks because a wolf pack is stronger than a lonely wolf. They biked through mountain roads covered by potholes and cracks in the dark together. They motivated each other with their long wolf howling. They made up funny songs for their fears of death after almost gotten hit by a large RV on a narrow road with no shoulder on the side. They shared great humor and their energy affected more than just their group but other groups met along the way. 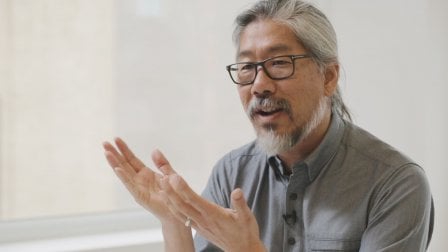 Storytelling for Leaders: How to Craft Stories That Matter
Keith Yamashita