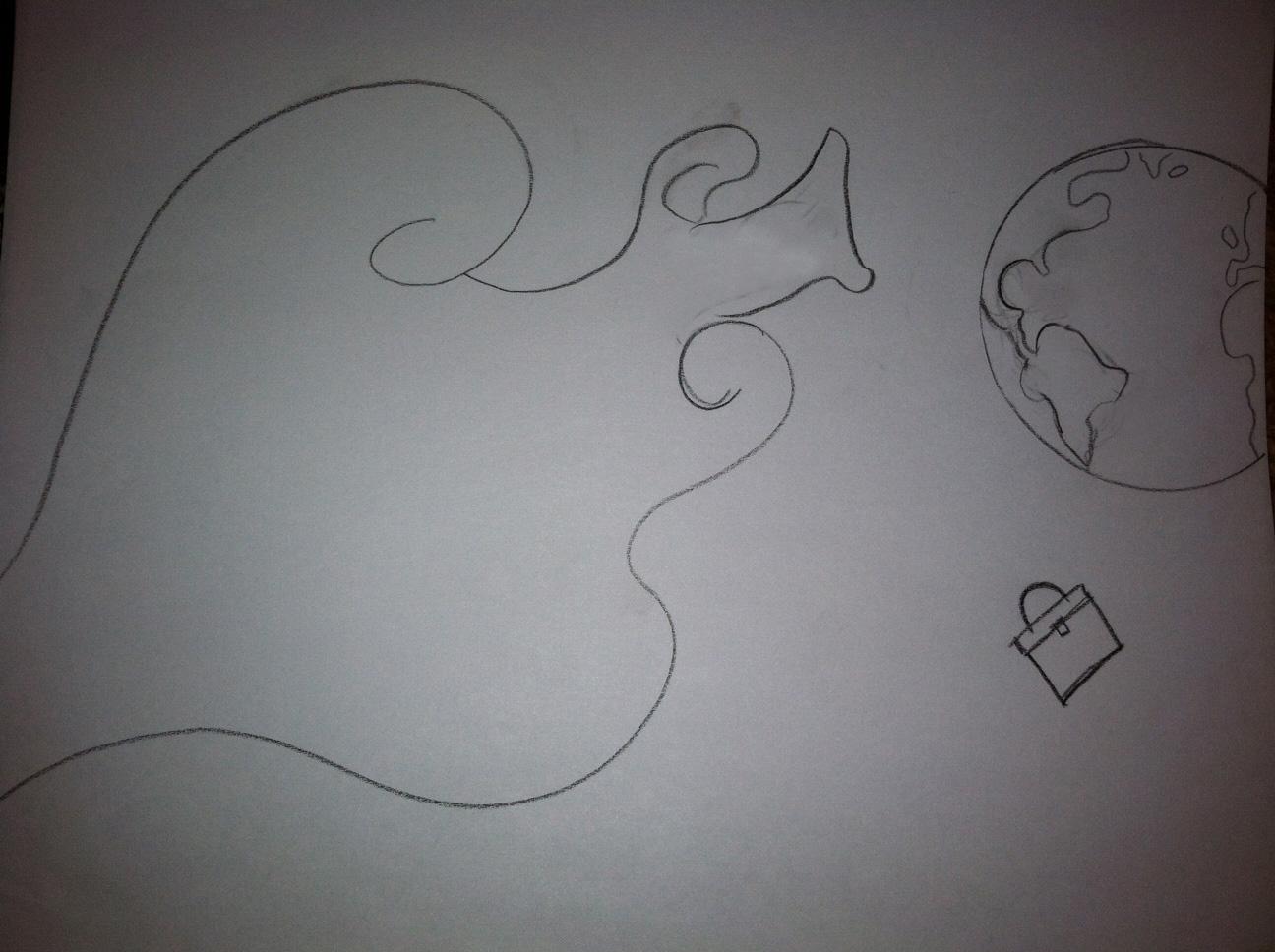 My idea for my project is about the loud in my life. I'm in the middle and on each side of me, I have what represents the loud of the world.  On the right side, I have the world and all my responsibilities like bills and a job and grownup stuff.

Jimi Hendrix represents the creative side of myself, and it speaks to what is important to my soul and that side of me.  He's the loudest, and I completely identify with the voice in your head telling you to pursue your dreams at whatever cost.  He symbolizes everything in me that wants that.  The "smoke" in the first picture is going to be blown at me by Jimi, hopefully if I can figure that out. 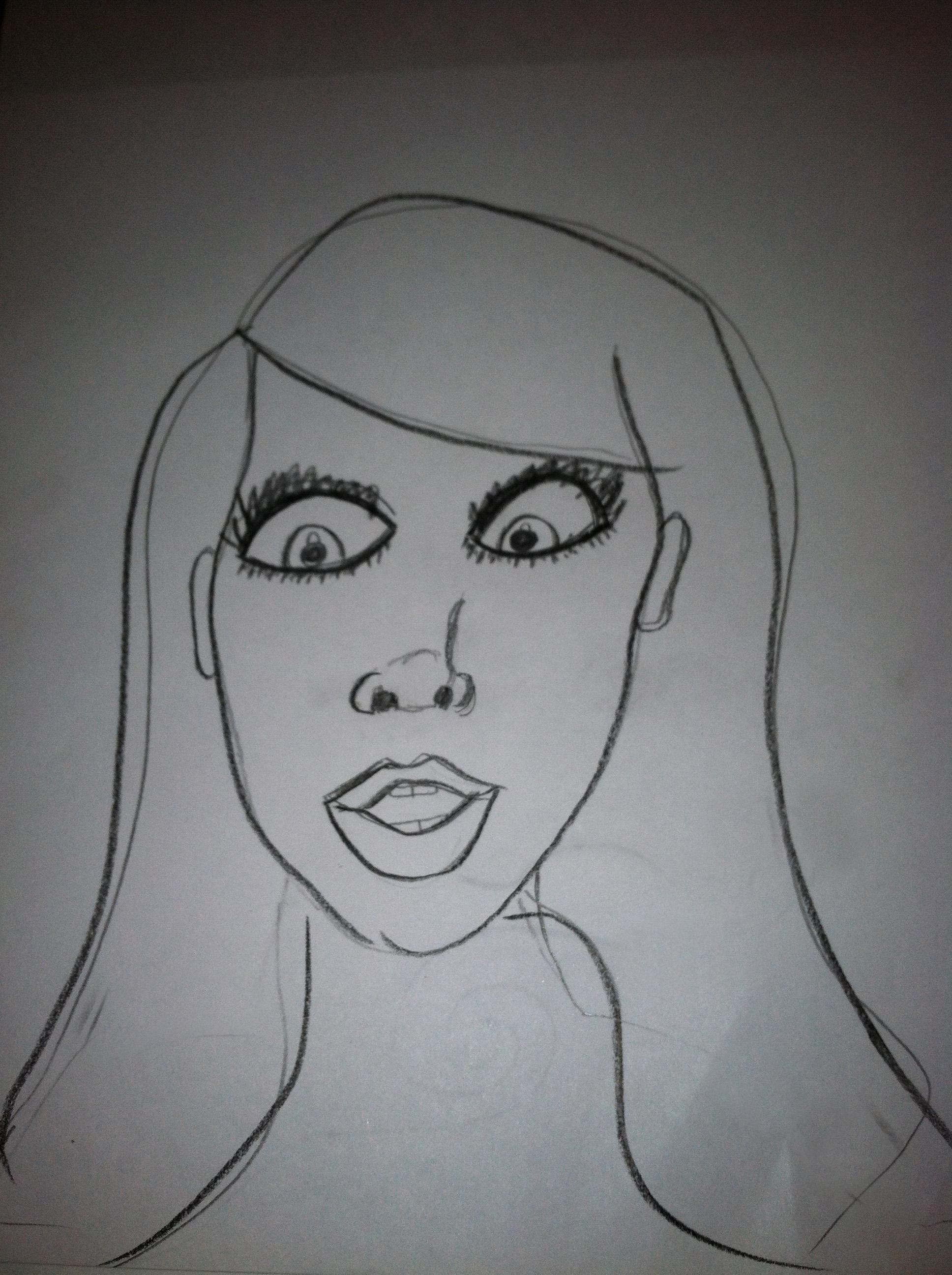 This somewhat scary drawing represents me.  I made it cartoonish because it's all kind of silly to me that we spend so much time trying to have a career and a job to make ends meet when we're only here such a short time.

My idea is still evolving.  I hope to get some more ideas and make something I'll be proud of.

I'm a little stuck at this point as to where to go next!  I think my idea is more about how loud things get when everything is quiet.  The "smoke" being blown in one ear and the world on the other side represent two opposite forces that contradict one another and fill my head until it's in a made frenzy. I haven't quite figured out how to progress from here!

I redid my "self" to be split between the two different sides.  I'm not sure I like the obviousness of it, but I'm still experimenting with the idea. 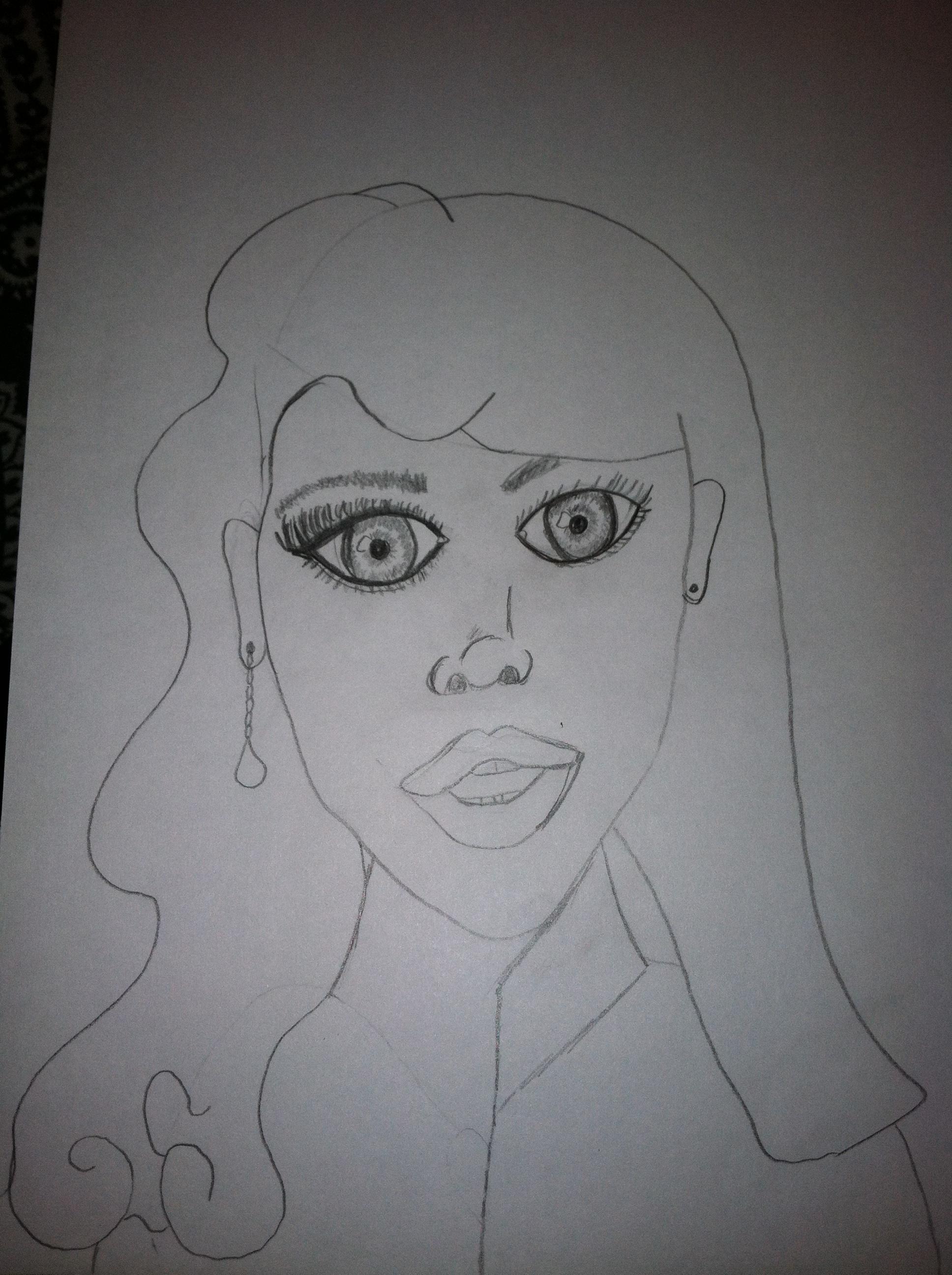 I also did a skyline that I'm thinking about putting around the world. somehow and making it exaggerated and ominous. 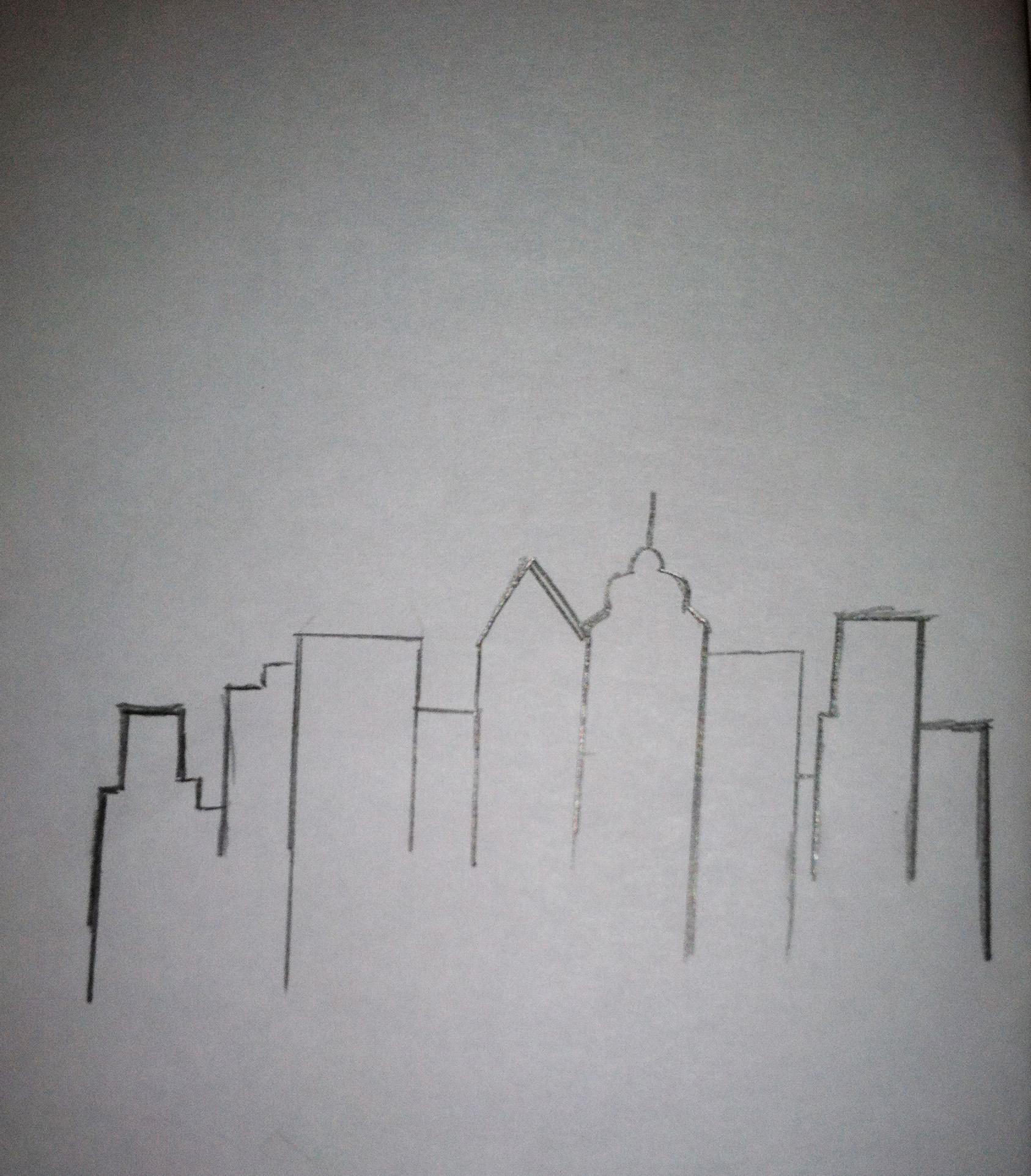 The smoke, I'm still somewhat mystified by.  I thought of filling it with things, but I'm having trouble thinking of visuals that represent that side.  For now, it's going into my ear. 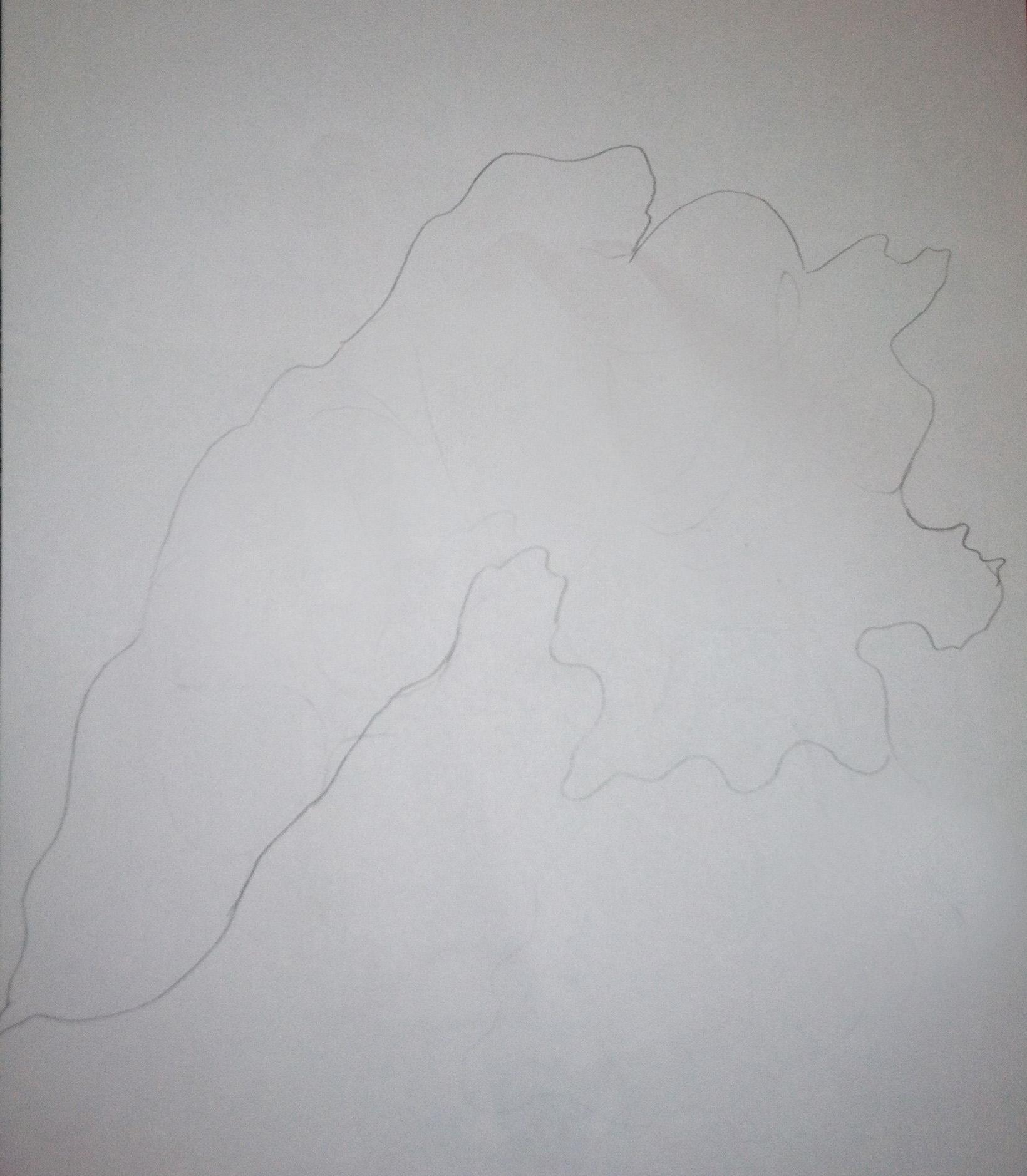 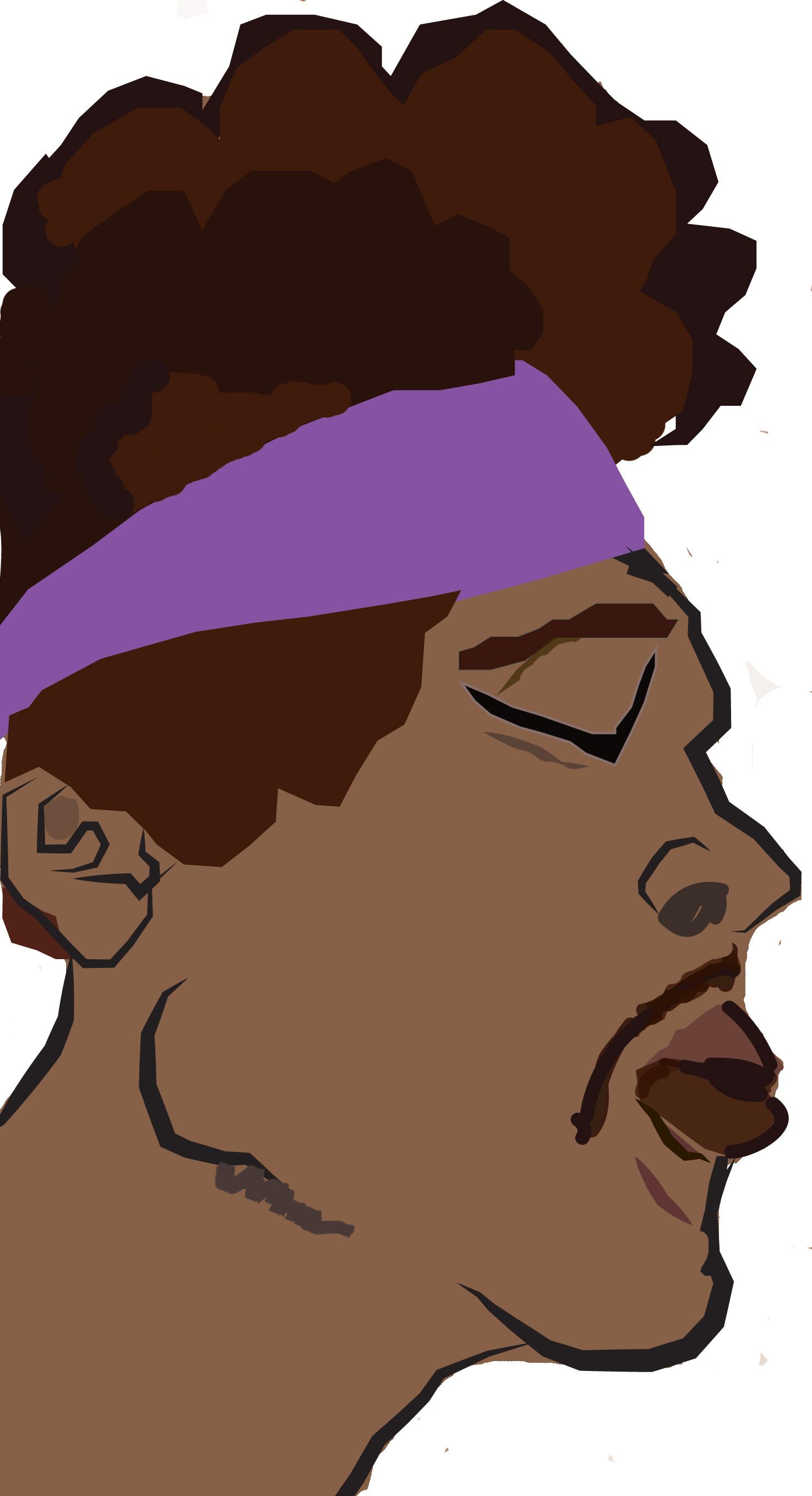 Here is one element of my project.  I have never used Illustrator before, so I tried and I did most of it there, but I took it into Photoshop because I couldn't figure out how to fill the entire image with a color.  I did have fun playing around with the program though.  I wish I had chosen something a little less abstract than people for my first try because I feel like I could have done more of the illustration part and included patterns more easily with less curved edges. 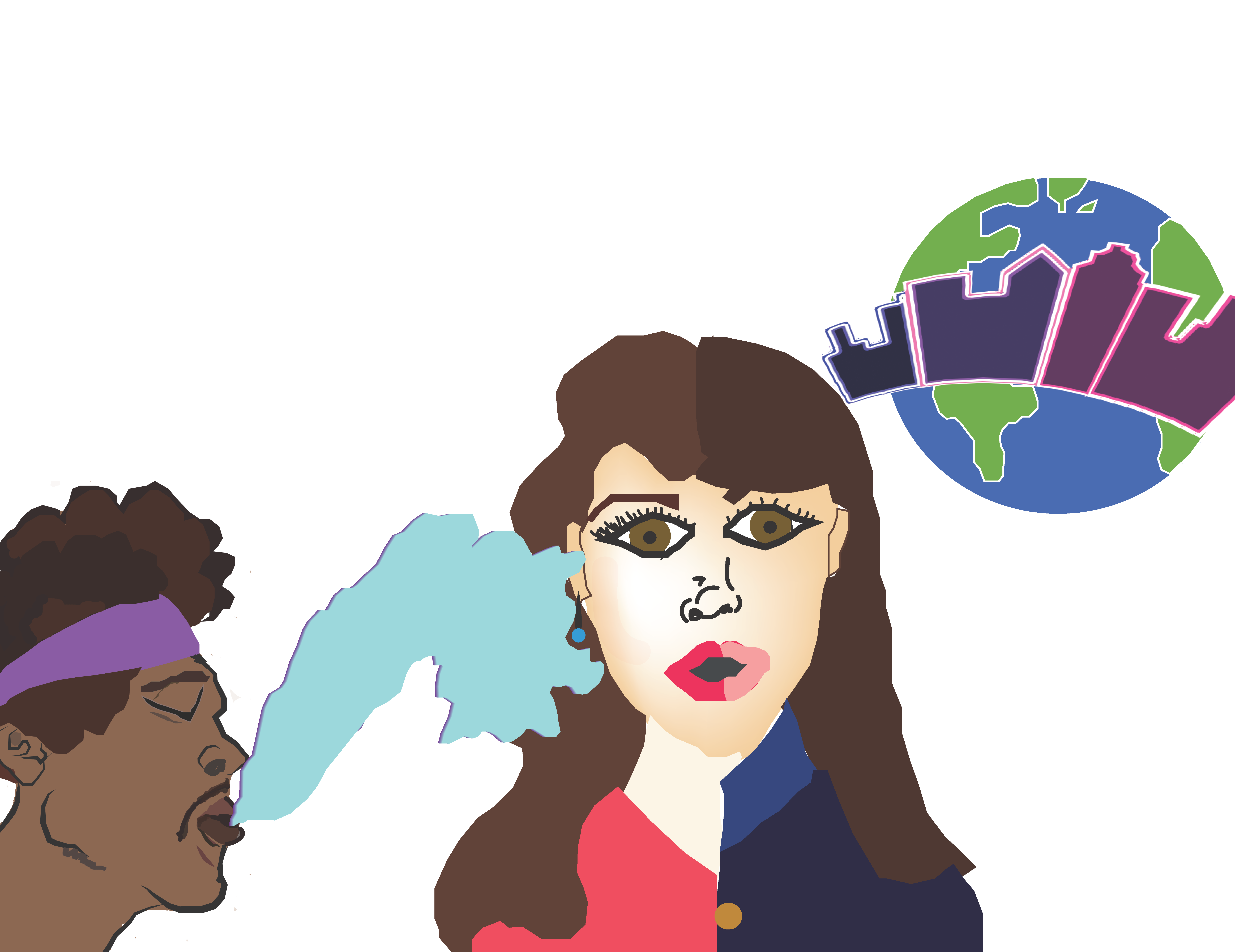 Working in Illustrator has been difficult for me, but for my first time, I think I've been able to learn a lot that will help me to be able to better express my future ideas.  I can definitely see the value in it as compared to Photoshop.