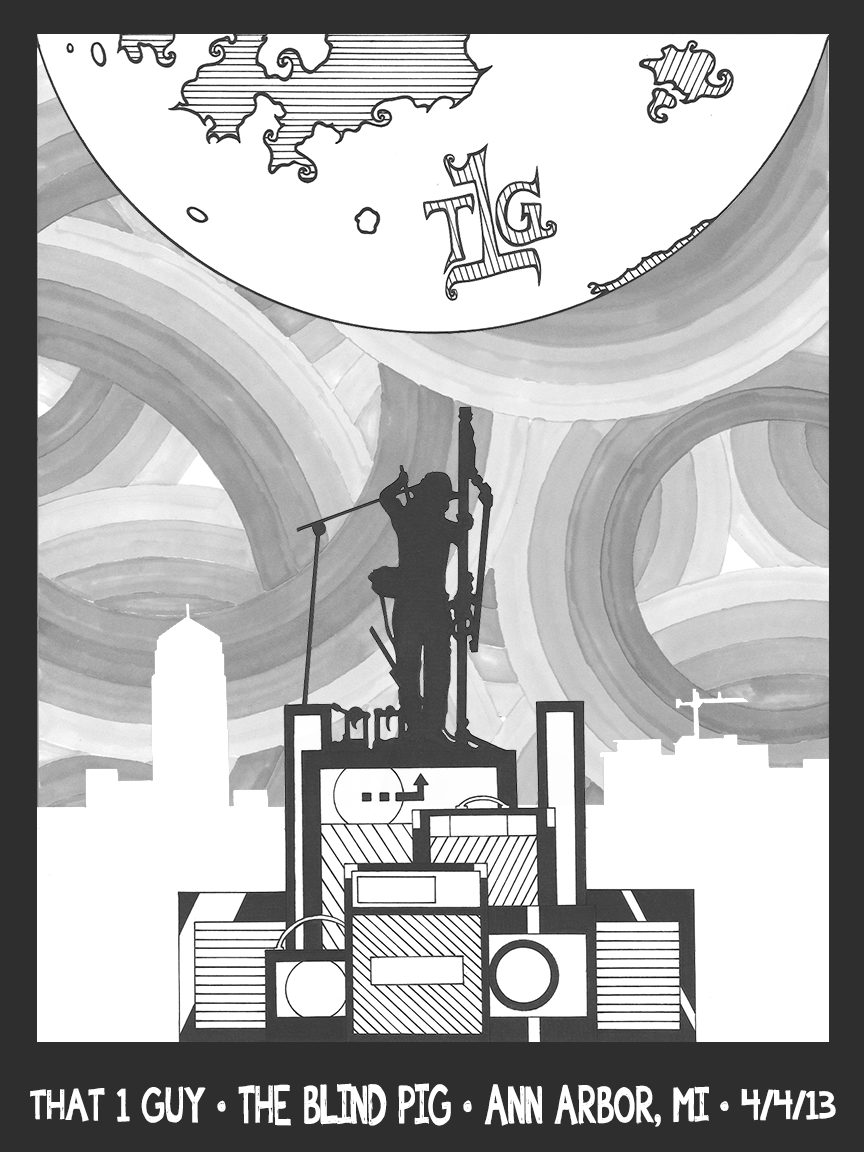 My work in progress on my final sketch. It's been a minute since I've had a lot of time to sit down and work, planning on working on the background (sky) next. 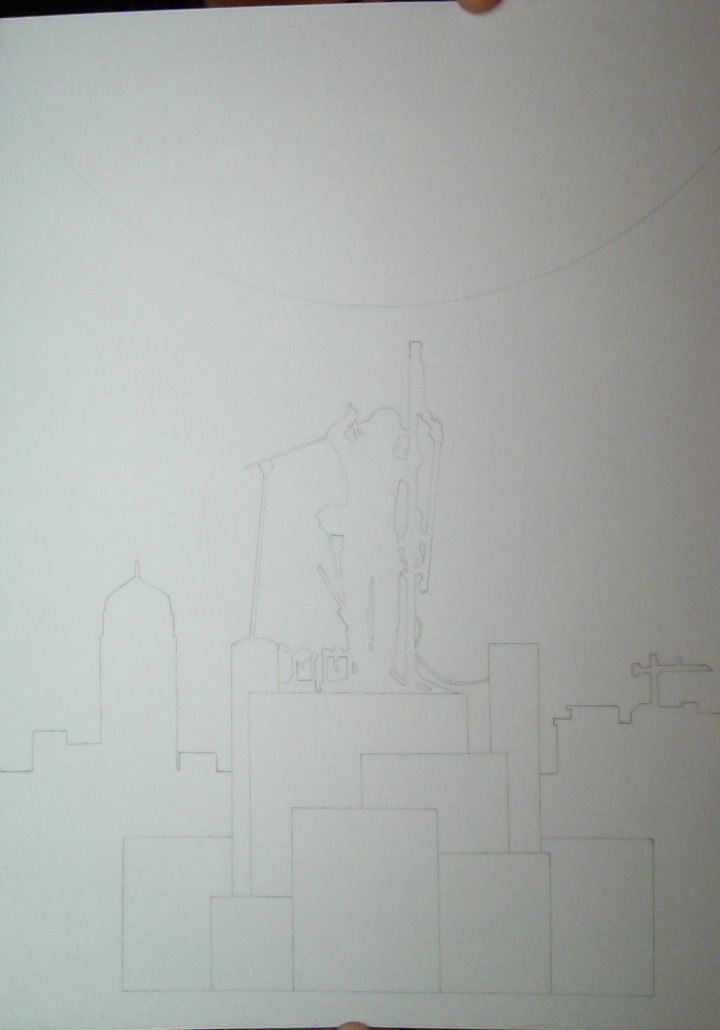 I'm still playing with colors and shapes of the sound but I believe most of the color is going to come from the sound waves forming into music notes or something to that effect around That 1 Guy. 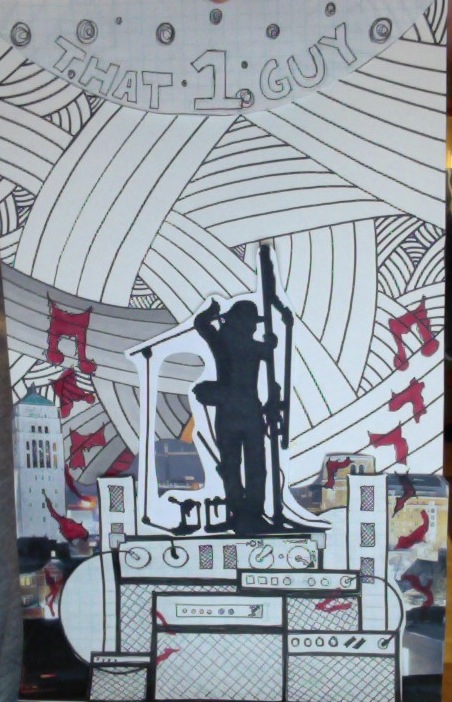 Let me know what you think! This is still just a draft for concept, I'll be redrawing everything at least once and then scanning it to lay it all together.

As of today I've narrowed my concept/brainstorming process down to some final ideas. Hand drawing this design calls for a lot of test pages and trial and error! I've come to the conclusion that the background will be very similiar to that in the above sketches, I will redraw the background a few times until I get the look I'm going for. The top of the poster will have the moon (made of cheese of course) with That 1 Guy in some kind of hand drawn typography. (As you can see in this partial final concept sketch.) The amplifier system will be close to the one shown.... behind it I will include some Ann Arbor skyline but probably make it quite a bit more opaque when layering to meld it into the background. I'll also fade out the sky a little bit to give the amp stack and moon more focus. Finally on top of the amplifiers will be That 1 Guy in a sillouette playing the pipe. 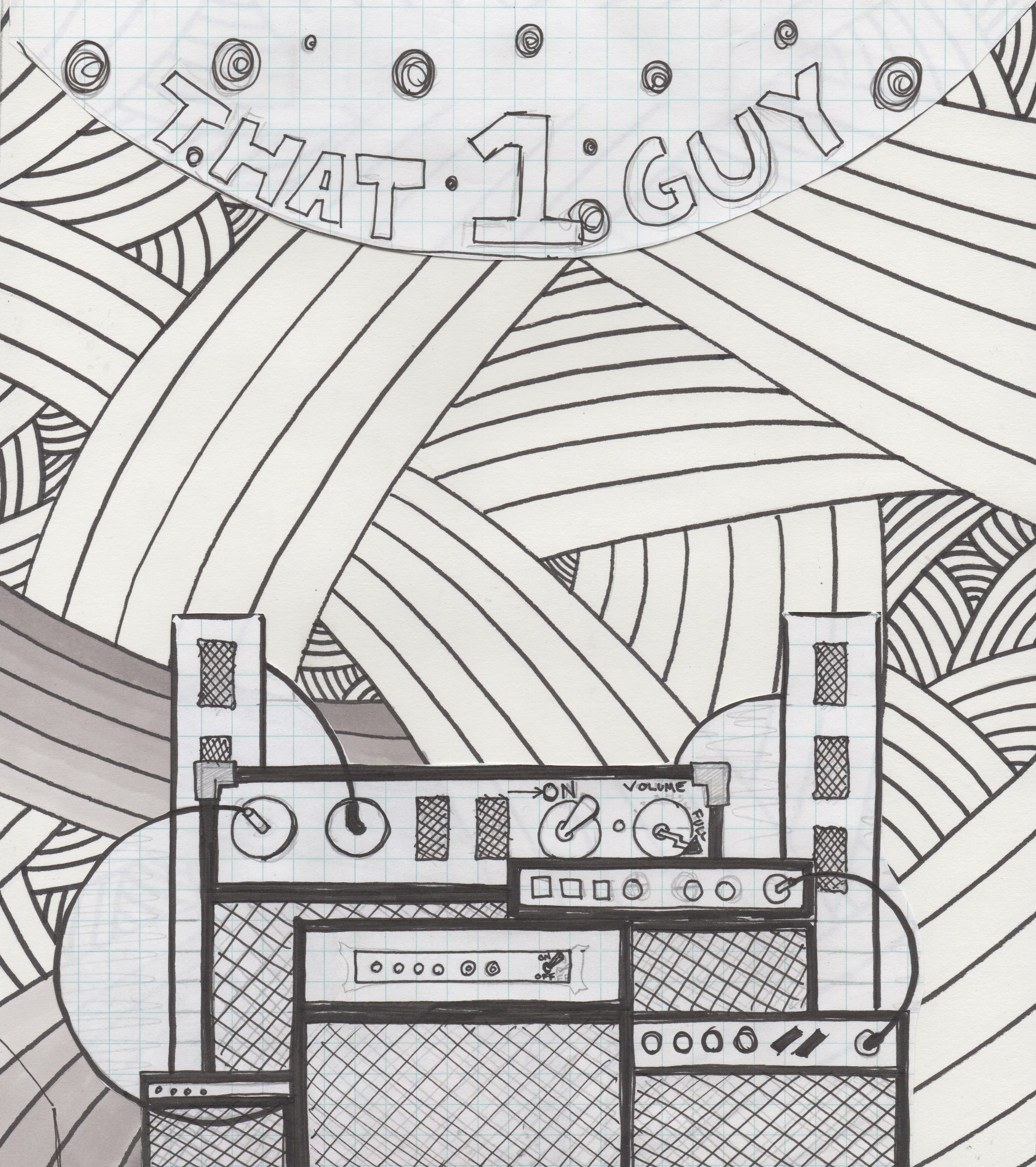 Please let me know if you have questions about my concept/design or if anything needs clarifying. 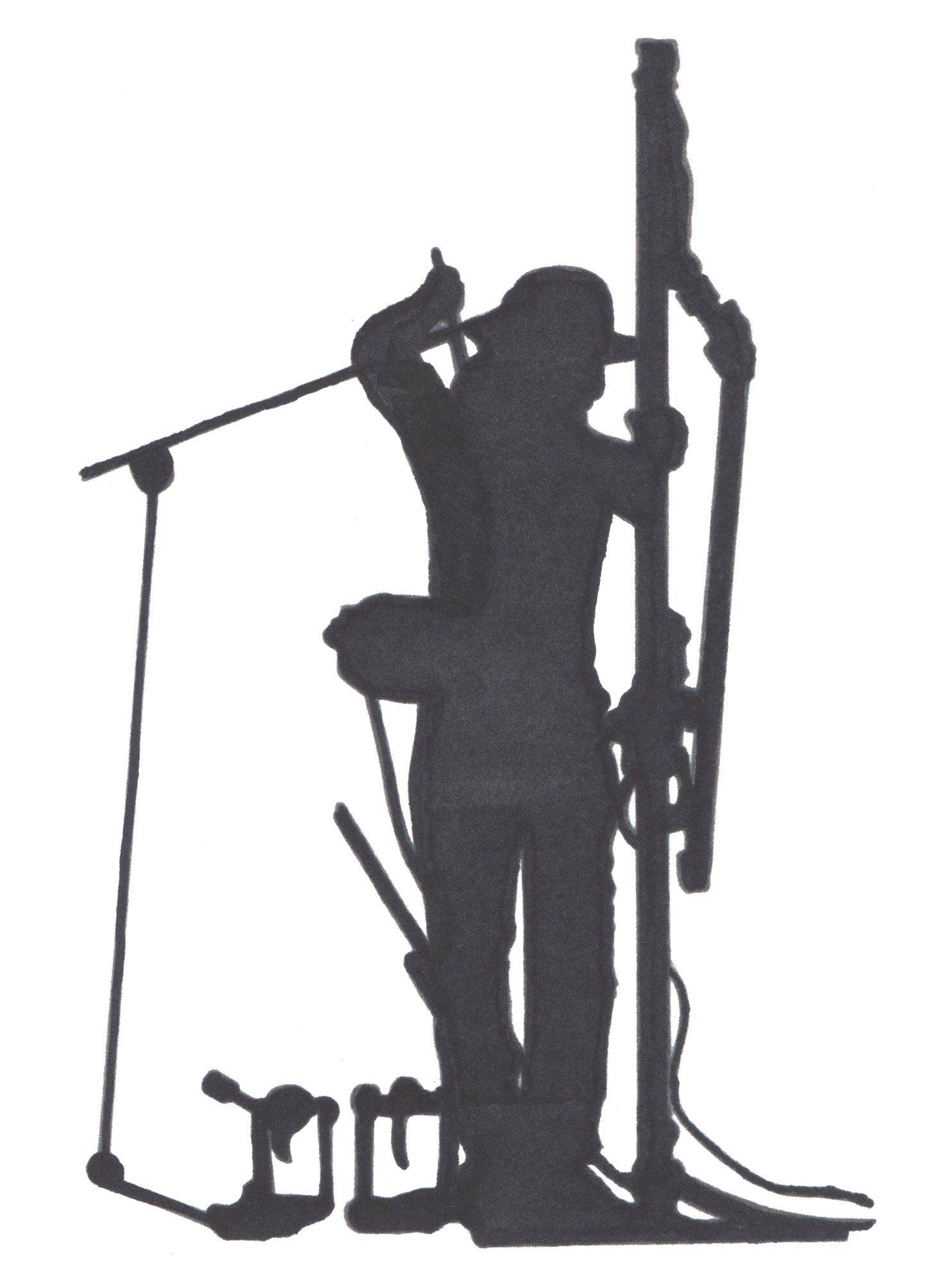 Rought draft of T1G. I spent awhile digging for a good pose of him to draw and after a few hours, this is what I came up with. He'll be standing on the amp stack, which is next after cleaning this up. 2/15/13

I’ve started working on a sky layer for the third concept sketch, let me know what you think. I’m not for sure going with the third one, but leaning towards it. I feel it best includes all of the ideas I’d like to use for this poster. 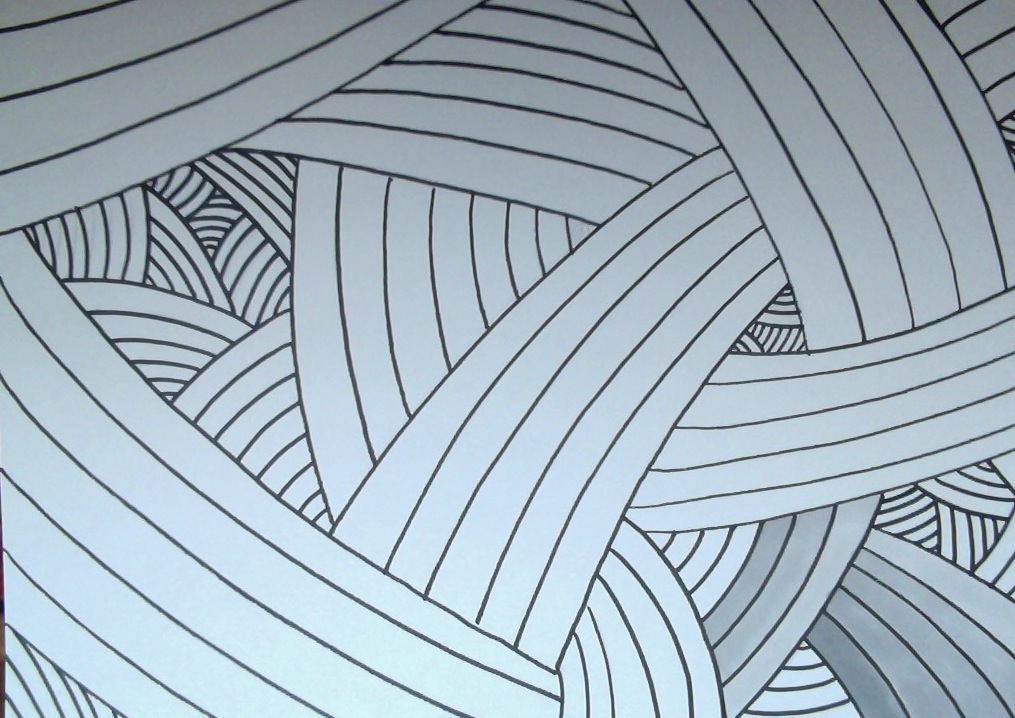 Once I’m done laying in the greyscale, I’m going to go back with more black ink and neaten up the lines/add some little details. This will be the sky layer (the top of it at least) I’m going to draw the skyline and the “soundsystem” separately if I end up going with this concept. 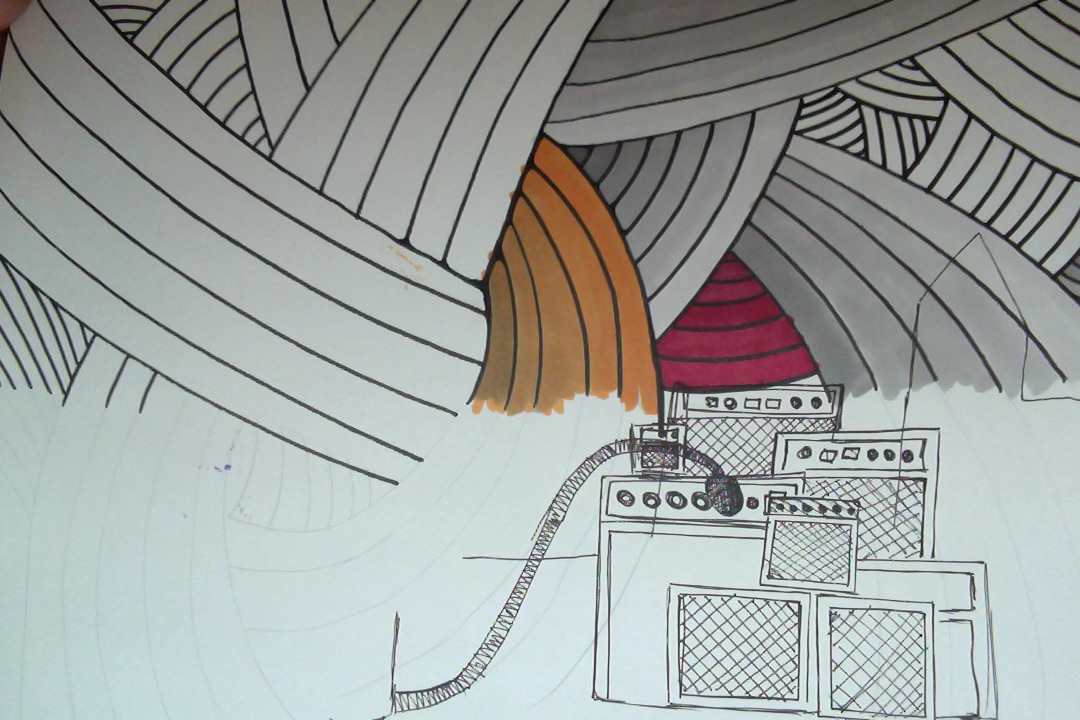 I've decided to use this as a color test page, and to sketch in some of the elements I intend to draw. I'm pretty sure I'm going with this idea at this point. This is going to be completely redrawn for the final draft if I end up sticking with this, just getting a more thought out concept design on paper.

First off I’d like to thank DKNG for taking the time to teach this class, you guys rock!

I’ve chosen That 1 Guy for a few reasons, one reason being that his live shows are nothing short of mind-boggling. For anyone who’s unfamiliar, he plays his “magic pipe”, an instrument he’s built to incorporate a multitude of sounds. It’s a pipe - filled with many trigger points, a single string, and a snare drum (at least last time I saw him these were the main elements, he’s probably added onto it by now). To avoid over-explanation, there are several videos and pictures of this contraption that demonstrate it being played. Most of his shows also incorporate a wee bit of live magic, which is always plus in my book.

Primarily I’ve decided to go with this specific show at the blind pig on 4.4.13 is because I’m a local Ann Arbor artist attempting to get my name out there, and I feel that this is an excellent opportunity.

In May of 2012, I started Stickman Ray Studios, a small, but growing graphic design company. You can find my works at www.stickmanray.com. I’m currently working on a logo for Erik Sprague, the Lizardman, who you may be familiar with.

Last week I contacted That 1 Guys' management company, Mammothmgmt. I let them know I was a local artist, was absolutely attending the Blind Pig show on 4/4, and was curious if they would be interested in a poster for the show, free of charge, simply to help build and strengthen my portfolio.

Extremely unexpectedly, I received an e-mail from That 1 Guys manager stating that he liked my art, and is looking forward to seeing a poster design. Once it’s completed, I will be submitting it to That 1 Guy in hopes that he will be able to use this poster to commemorate the event. My goal is to have a finished poster that I can label as “Official” to add to my portfolio.

Now that you have a little background on the “who” and the “why”, lets begin some research for the concept development. **Some research has been removed for easier reading.

Anyone who’s been to one of That 1 Guy’s (We’ll refer to him as T1G for the remainder of the project) shows will immediately tell you the bass is very intense. I’m guessing this was factored into the magic pipe because T1G was/is originally a double bass player. According to wikipedia, he built the magic pipe when he “began to feel limited by his instrument and a heavy schedule of playing and recording for other people, he started to devise a new instrument that would allow him the range to create his own music.” 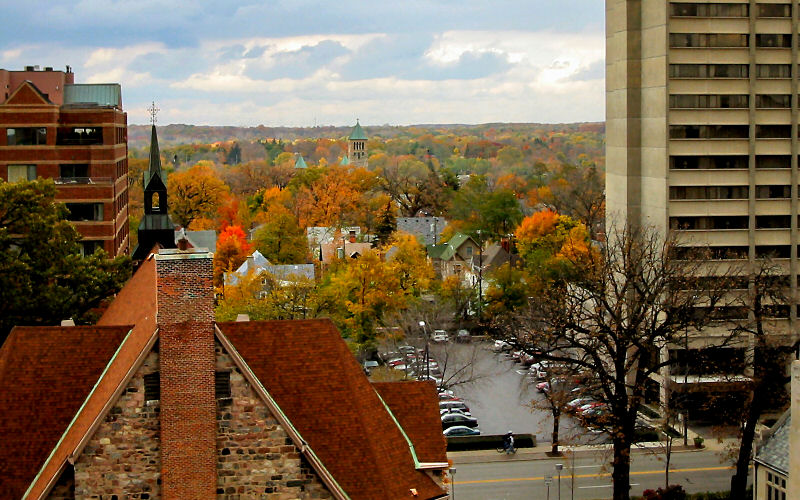 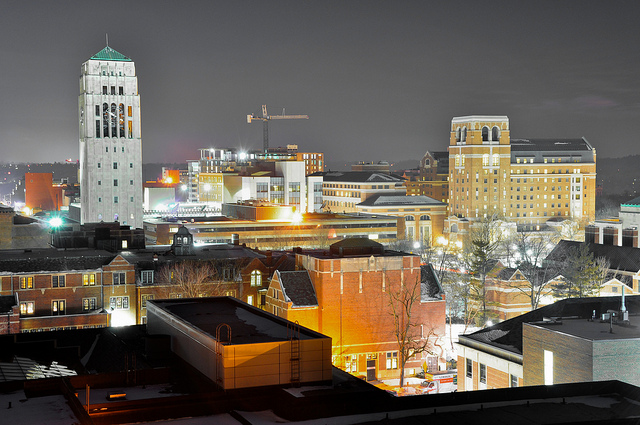 This poster would entail a silhouette of T1G playing outside of the Blind Pig’s skyline in the street with a stack of many amps and equipment. The sky will be a mesh of strange flowing lines, and the moon will be made of cheese. 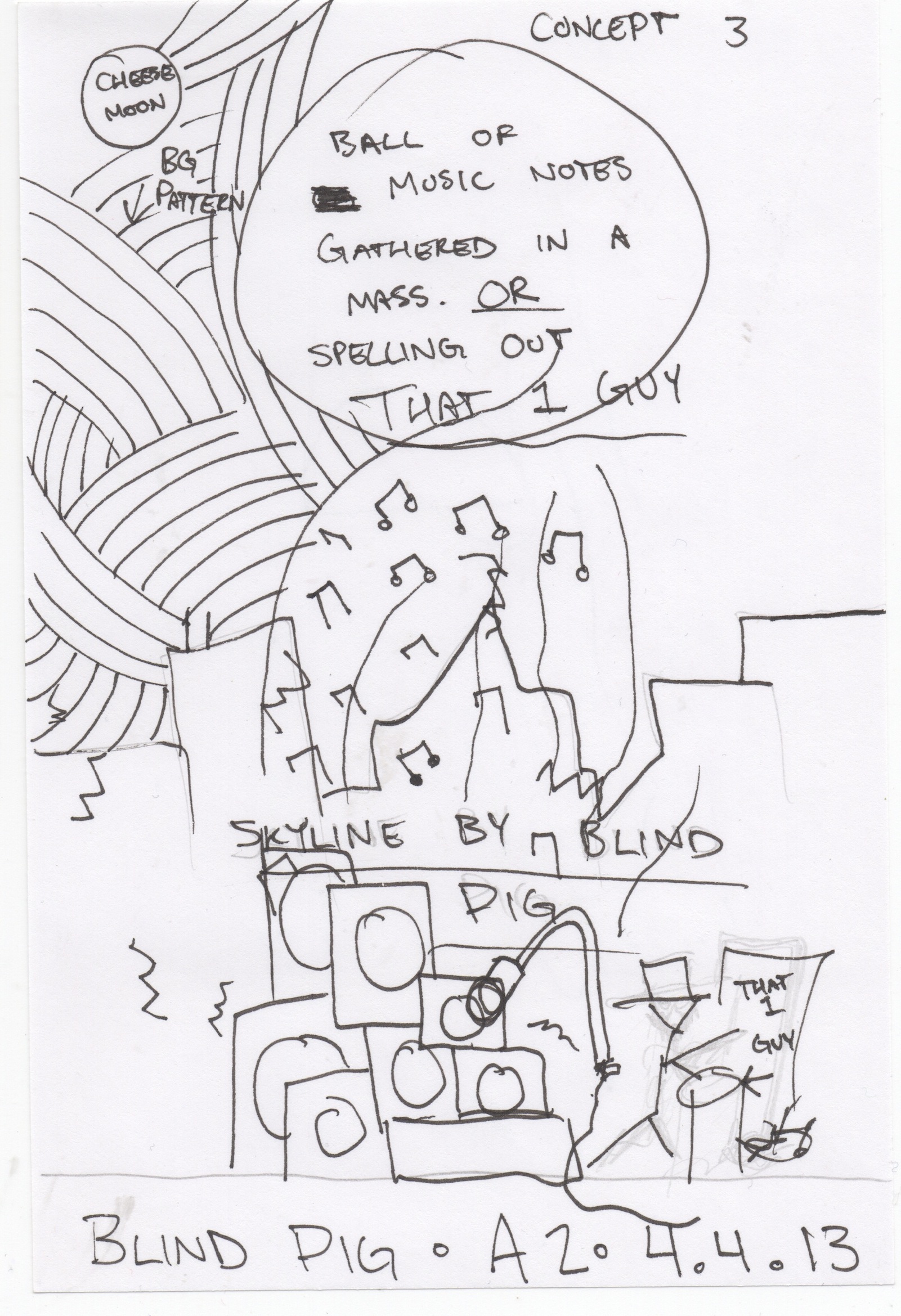 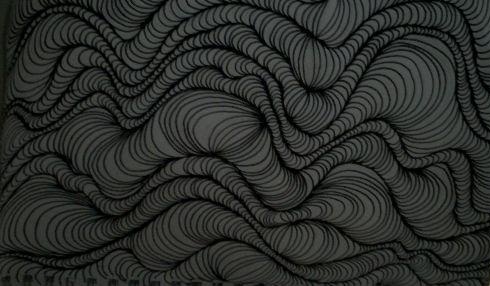 The sky will be patterned something like this, I'll probably add some color into the mix though. 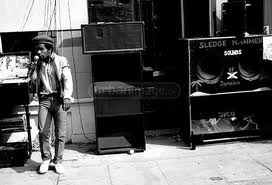 In Jamacia, these "soundsystems" became popular in the past. It's more or less one DJ collecting as much equipment as they can to set up in street, or frequently they'd be attached to a vehicle;

This is what I want his stack outside to look like, one of these "soundsystems".