Place of Birth
Nirke Castle in the Kingdom of Arlya

Parents ( Alive or not? )
Her father died when she was 104, and her mother is dying from an unrecognizable ailment.

Backstory
Loreal had a normal royal life until King Lyrnak of Lyrien kidnapped her when she was 8. She would have been eaten if she hadn't made him drop her off a cliff, where a young dragon rescued her. He left her with Silver, his friend, who carried her to Ms. Poppy Primrose who raised her along with her step-sister, Selene. Loreal's cousin Fernioc, who had run away, told them that her name was Kenya Melody Evans, and that he was her younger brother, Kyle. Later on, she found out that he'd been trying to protect her from her future as queen, as Eldarion didn't want to become king any more than Loreal wanted to be queen.
Loreal moved every couple years to hide that she stopped aging after she was officially done growing. She also was secretly ingesting potions to disguise her elf-like features every week. Everybody thought she was a normal young woman, and she thought she was just gifted with immortality as a birthday present or something.
A couple months before her 572nd birthday, her friend, Violet, brought her to meet the queen because she suspected that Loreal was the missing princess. The queen immediately confirmed it, as she could recognize her daughter from a mile away, even though it had been years.

Hobbies
Loreal makes potions, and is known for testing them on people. She also makes deadly poisons and prank kits. She can bake quite well and sews equally as well.

Groups
She hangs around a lot of royalty, as her mom wants her to see " good examples of rulers so you'll be an amazing queen."

Impactful Incidents
The day she was kindapped, the day she found out she was a princess, the day she met her husband, and the day Arwina was born.

Any children?
None yet. She plans to have 5 of her own, and to adopt Arwina, as the sister in question is only a few weeks old and will not have somebody to raise her in any other scenario.

Hello, Your Majesty. I'm so glad you could make time to speak with me today.

Anytime. Kieran says I should let the peope know that I'm not as evil as certain great great great great-Oh, whatever, there's no point in listing all of the greats. My distant niece doesn't want me to be queen.

Well, as a first question, what do you plan to do with your kingdom?

Honestly, I'm not sure yet. I know I want to lower taxes and make it legal for elves to get identification cards. It isn't fun being told I can't be an elder at a restaurant because I look like a teenager. I also would probably let my cousin be able to be king after me, but I'd have to make it legal for royalty to marry commoners. That's actually a good idea. I should do that.

Nice answer. Does your mother agree?

No, because she believes that I shouldn't get power until my maturity level is over a 25 year old's.

By the way, how is your mother? I heard she's been quite ill lately.
She's doing......worse. She's expected to pass in the next few days. I've tried to numb the pain she's experiencing, but she's gaining an immunity to my treatments.

That's terrible. What do you plan to do with your sister, Arwina?
Either Eldarion or I will adopt her. I know my brother would love to, though he's been missing for years. I'd be happy to raise her, though.

The public would love that, probably. So, do you plan to have children of your own?

Yes!!! I plan to have 5 of my own. I have a feeling that my oldest and youngest will be girls, but I know I'll have two boys. My plan is to name them Diarra, Fursec, Koranna, Naneli, and Saya. They will have two amazing parents, which I never really experienced as my father died.

I know I'm not supposed to get into your private life too much, but how does it feel to have a niece who is also your half-sister?

Well, it's odd, but I don't think it's really a problem. She's still a princess through and through.

Understandable. Well, I wish this could be longer, but I have to interview Kieran before my boss kills me.

The kind queen we've all known isn't as innocent of crimes as she seems. It has been confirmed that future queen, Loreal, has poisoned her nieces' husbands, Febreezed their souls, and brought them back to life. Will this happen again? Does this prove that the queen lied about her love for her kingdom?

Loreal woke up to the smoke alarm. She rushed to check on her family. They had all excavated the property. She rushed to grab her potion supplies, the necklace from her father, a family photo with all of her relations in it, her dragon whistle, her favorite disguise, a watch, money, her phone, and her dwarven tiara.

The potion supplies were chosen because most were very rare and hard to find. Night gaunt tears were rare, as they only cried one tear in their lives. Deathshrooms were easy to find, but hard to collect. Elven shoes were hard to find, as elves suck at craftsmanship.

The necklace was her only thing from her father. She had only one short memory of him, and it was connected to the simple chain with a leaf charm.

The photo was because there were way too many relations to get in one picture in most cases, and now she had found one blurry photo of them all.

I hope you like my projects. I would have done more, but time was running out in my free time. 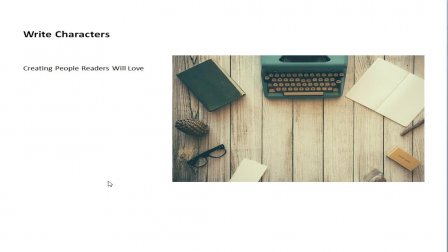