I've chosen to create a commemorative poster for the abstract/experimental hip hop duo THEEsatisfaction. They are giving a concert at Grinnell College in Grinnell, Iowa in April. You can listen to their latest album in full on Youtube.

I basically ran out of time and couldn't do the halftoning or texture as I got too wrapped up in making the details of the vector art. Then when the last halftone office hours video was released I found that I hadn't really planned the 4-color part too well, and so I spent some time experimenting, and just settled on "handing in" a totally vectorized finished poster that would, if I wanted to, only work as a digital print. I hope to come back to this when I have more time and try to work out how it would work as a screenprint, but given what I knew coming into this class, I'm pretty happy with what I've learned. If you read this, DKNG, thanks a lot for a great class!

I think I could be a little more daring with the color choices in a screenprint. I'm not totally sold on the type, either. The "Thee" I made myself to try to mimic the blocky, weird sort of text used in some other type of afrofuturist type, but it could use some work. I'd love to try to get the sky more impressive through texture and halftoning as well, and add more texture to the hills in the background. 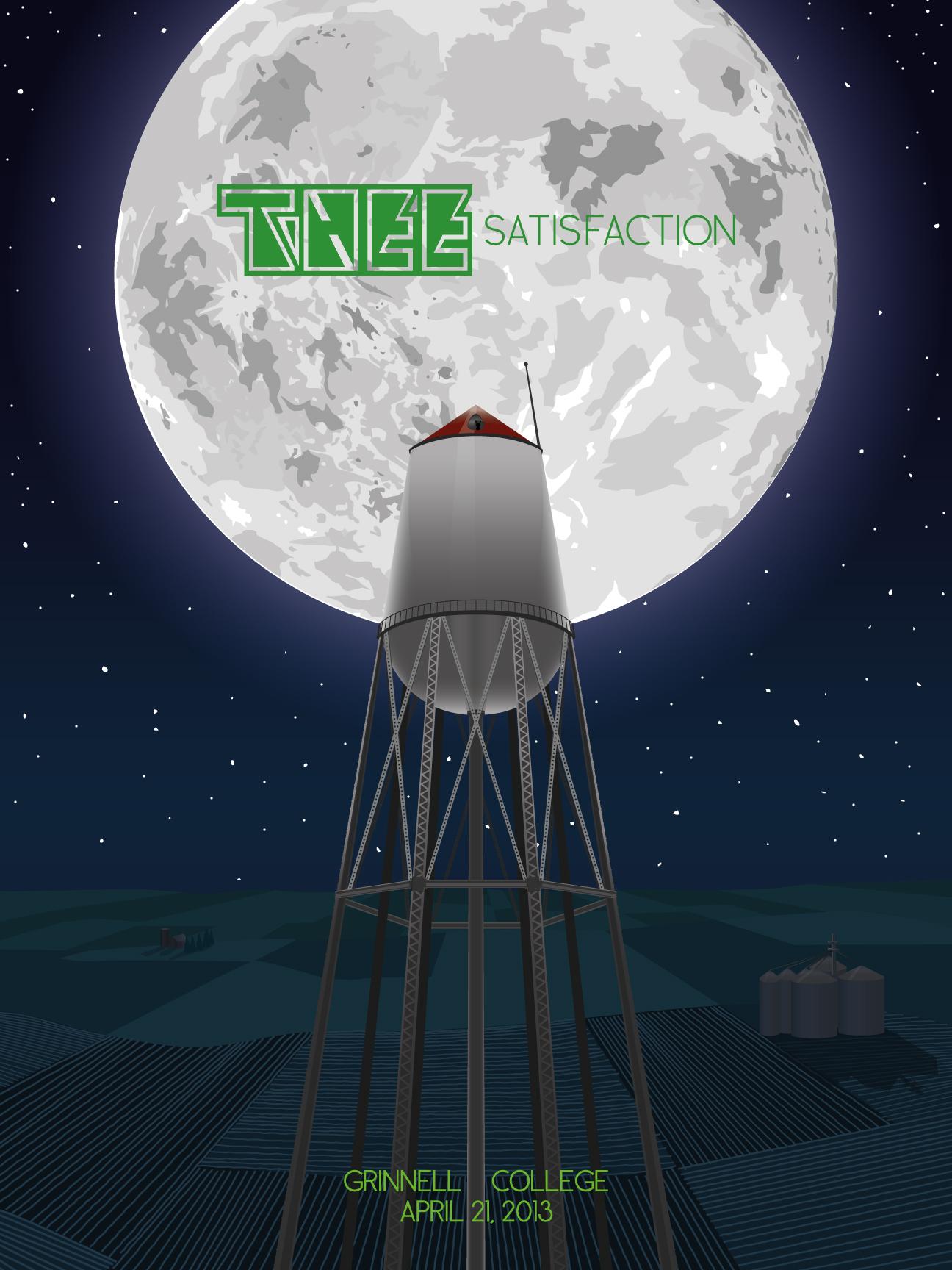 Changed the concept a bit. There's a big water tower in town here that reminds me of the tripods from War of the Worlds, and I think it looks more interesting than grain elevators, so I'm going with that. 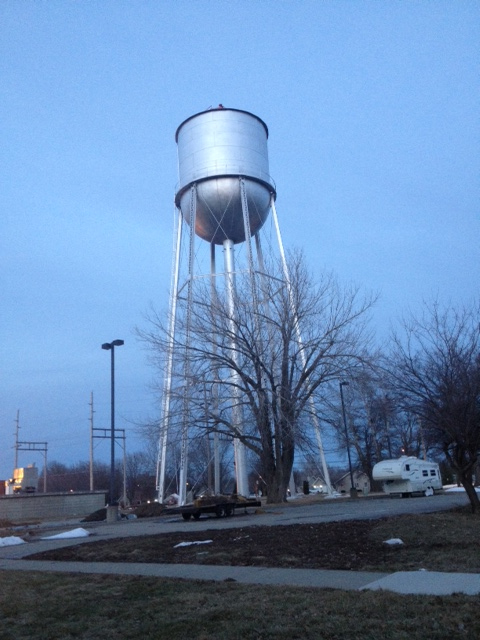 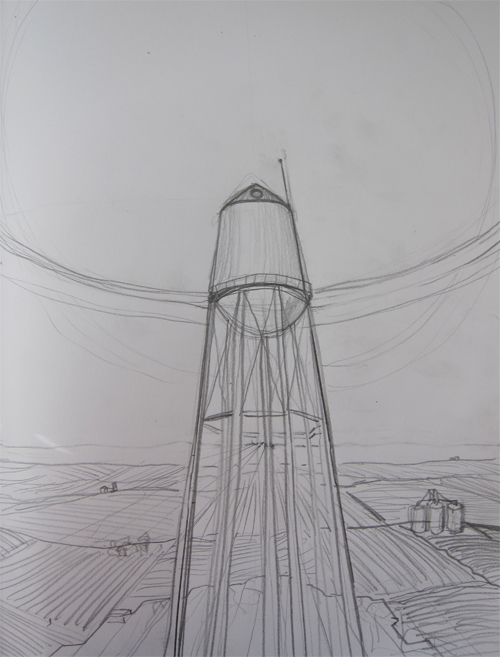 Beginning to work in Illustrator: 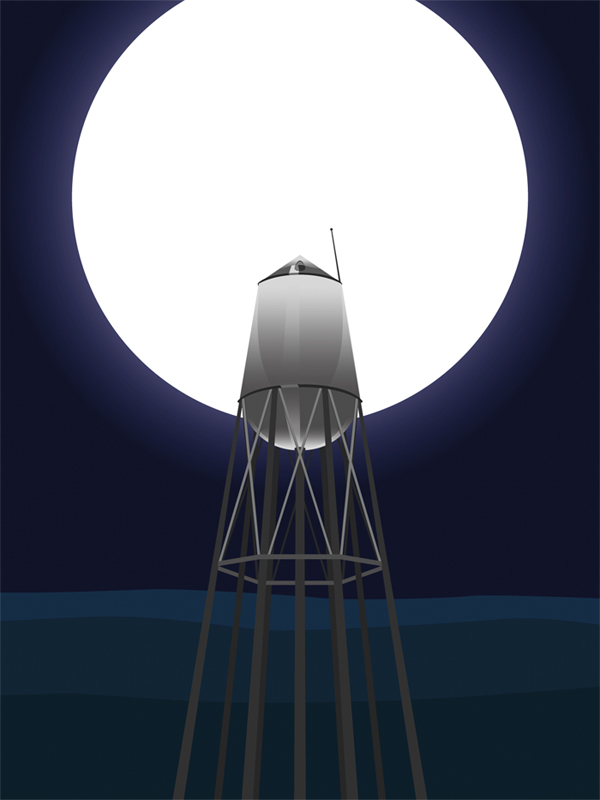 I have never really done something this detailed in Illustrator, so I'm learning as I go. Still lots of detail to add. I would like to do the halftone effects that I think look so neat, but I'm first trying to get the illustration down. It's tricky figuring out the light/shadow, so if someone has any tips for that, they'd be appreciated.

Concept:
I was inspired by what someone said in the first lecture–that the poster you make should be specific not only to the artist, but also to the venue and location. I was strapped for ideas up until that point, so I thought I would look truly locally. I work at Grinnell College and was also a student here, so I am very familiar with the area. I checked out the college concert schedule, and found out about THEEsatisfaction, a group I had heard of but didn't know very much about.

I started to think about the landscape around here in relation to THEEsatisfaction. I've read before that Iowa is one of the most developed states in the USA if you count agricultural land as devloped land. Most of the land around here is farmland–that means that when the corn is harvested, it's a barren landscape. There aren't many trees, and big metal buildings that support agriculture like silos and grain elevators dot the landscape. All of this creates a unique, otherworldly, almost alien landscape. I've attached some photos I've taken and found via searching to show you what I mean. 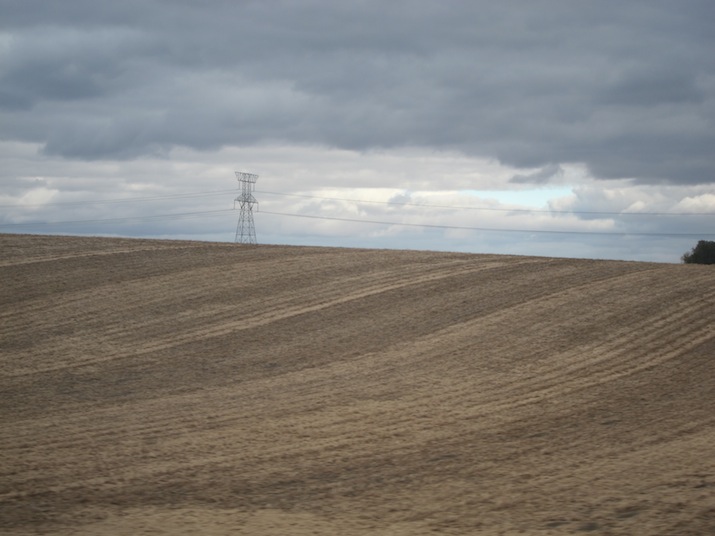 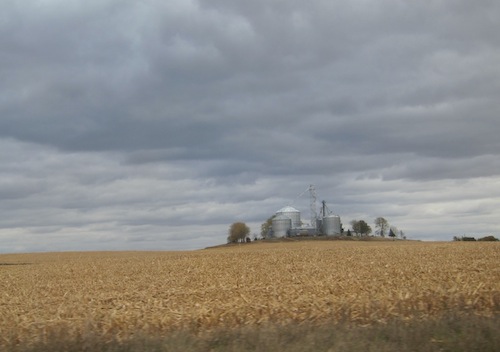 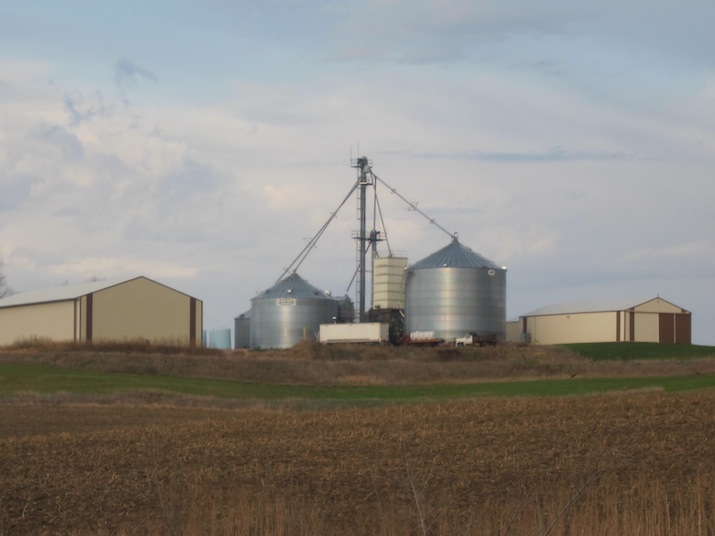 Now, in reading interviews with THEEsatisfaction, I've learned they consider themselves afro-futurists. This quote sums it up:

"Q: You’ve mentioned the concept of Afro-Futurism in interviews, what is it and how does it play a role in your music?

A : Black Americans being put in an ‘other’ category and not having a place of belonging by not feeling American or African. You alienate yourself and the sounds you come up with are coming from within and sound otherworldly." (from Parlour Magazine)

Huge moon, grain storage/elevator in foreground, sense of openess and depth with horizon falling back. 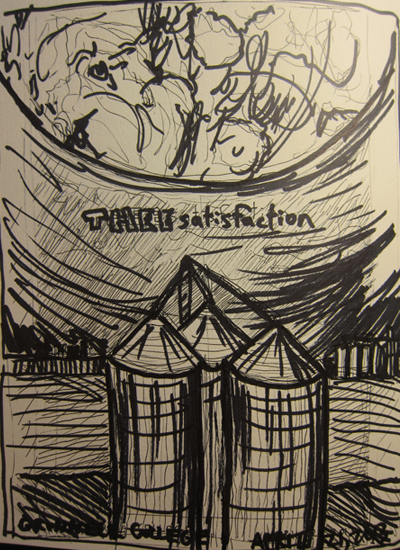 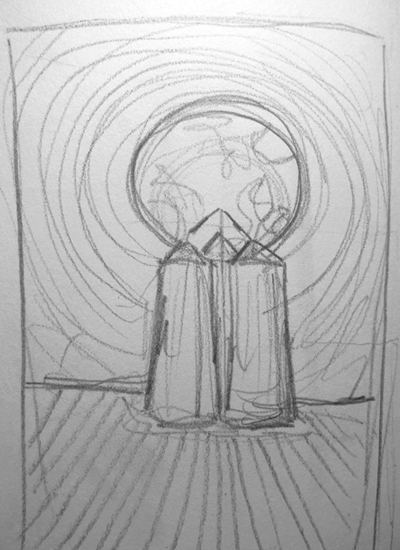 Playing around in Illustrator to get some more fleshed-out ideas, tried to get the chrome feel of the grain storage, still a lot to learn and to experiment with, though... 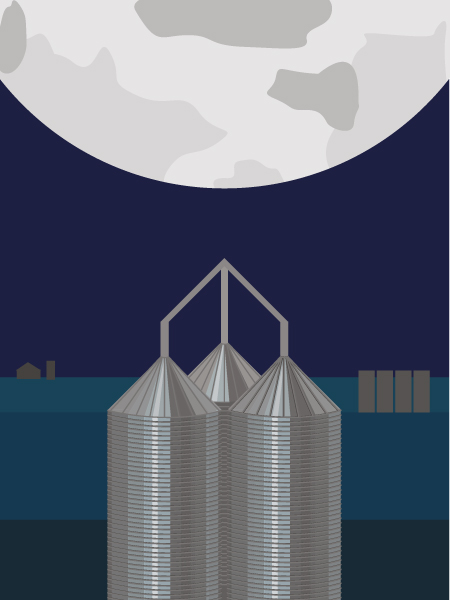 And here are some poster designs that I like and will perhaps take ideas from:

I love the giant moon and its detail in this poster, and that idea of an oversized moons seems to pop up a lot when I search for planetscapes and the like.

I want to do a nighttime scene, I think, and I like the way this poster handles the evening or night sky.

This poster is the opposite of the color scheme I have in my head, but it could prove useful to figure out how to make fields. I like the graphical nature of this poster, too, and may head in that direction.