I made a mini-mini doc about the stand up comedy scene in Berlin. I focused on how comedians deal with an audience that doesn't respond to politically incorrect jokes. I incorporated a few of the techniques like L cuts and overlaying broll on the interview. I plan to shoot a few more of these.

I'm grateful for such a well done class.  As soon as I saw the first frame of the couple singing, I stopped cooking and paid attention to the entire tutorial. Thanks again and looking forward to the next. Would love any feedback if you have it. 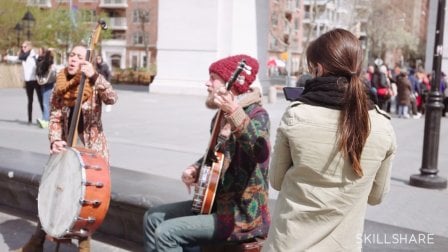