PORTLAND, Tenn. -- August is a great month in Portland. Kids go back to school, farmers are in full-swing reaping their harvests and Sumner Crest Winery hosts their annual grape stomp.

Just off of I-65, on the very edge of Portland, sits Sumner Crest Winery, a must-visit gem with locally made wine, antiques and a gift shop. Sumner Crest also hosts several events throughout the summer months, including the ever-popular annual grape stomp. Participants have two minutes to stomp on grapes in a tub, with prizes awarded to the man, woman and child under 12 who extract the most juice from the grapes.

The 18th annual event took place on Saturday, with an expectation of around 300 participants. Surprisingly, over 500 participants showed up to stomp on 1,500 pounds of grapes prepared in bins for the occasion. Participants and visitors came from all over Middle Tennessee and across the country.

Rounding out the event, Nashville band Soul Soup took to the stage in the evening, playing popular music people of all ages can dance to.

Originally from South Africa and a previous resident of Portland, Erica Jones of Fort Worth, Texas, brought her best friend hundreds of miles just to participate in the stomping fun.

“This was my favorite winery when I lived here,” Jones said. “So now every time I go through Tennessee, this is a stop that we have. I love it. I think we’ll come every year.”

So what inspired a local winery to host such an event in the first place? According to staff member, Tiffany Hall, showing the public that their business was built with families in mind was Sumner Crest’s first and foremost priority.

“[We] wanted to bring more people in, and kind of show that we were a family venue and not just all about wine,” remarked Hall. “People of all ages could come here and have a good time, so what better way than to stomp on some grapes for that to happen.”

For anyone who might be concerned that the stomped juice might end up in a bottle, Hall promises that although the grape varietal used in the stomp, the Fredonia grape, is the same one used in Sumner Crest’s New Deal Red, all grape remains are safely dumped on family land as compost.

The next (and last) big outdoor event for the summer will be Sumner Crest’s annual cruise in and concert. It will take place on Sept. 16 at 4 p.m. This free event will include a cruise in from 4-6 p.m., followed by a concert with the band Four on the Floor at 6:30 p.m. 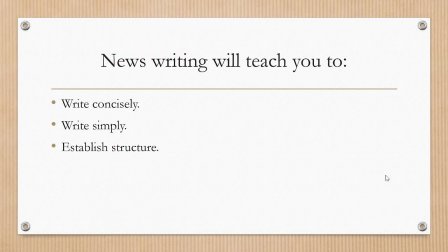