Stories of a slightly insane person.

I've had this queued up on my Skillshare classes since it came out but after seeing the little challenge Sarah posted, I'm just gonna go ahead and do it.

To start, I made a list of character traits for my character. (I love making lists.. maybe that should get added).

Then on to sketching. I just started drawing her and erasing away the parts that weren't her. She's got a pear shaped body with lanky little arms. I gave her a round head and super small, innocent yet thoughtful eyes. Her hair shape echoes the pear shape of her body, and her legs taper off into skinny delicate feet. It was really important to me that her hands be big, representing creativity, and that her shoulders be weak and facing down to show she is passive and accepting. 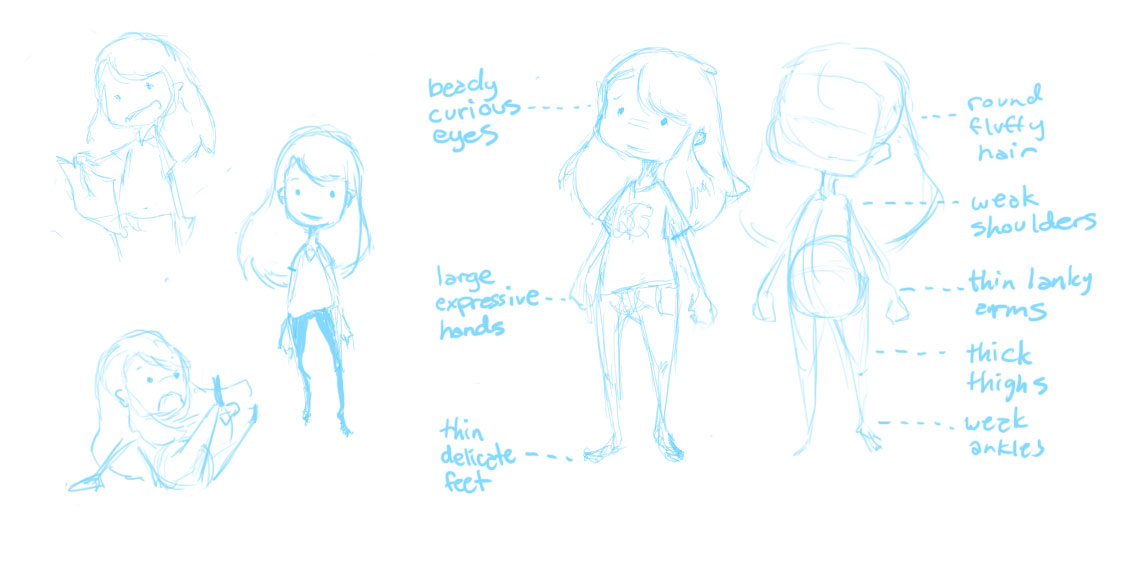 At this stage I'm really curious about her personality coming across.. but I'm sure she'll evolve as draw her more in her actual stories.

I sketched out the character reference sheet, and started inking it. I decided to simplify the character a bit. Thinking about having to draw her over and over again made me really want to break it down into even simpler parts. She will keep fluctuating I'm sure.. but I'm happy with where I'm at. 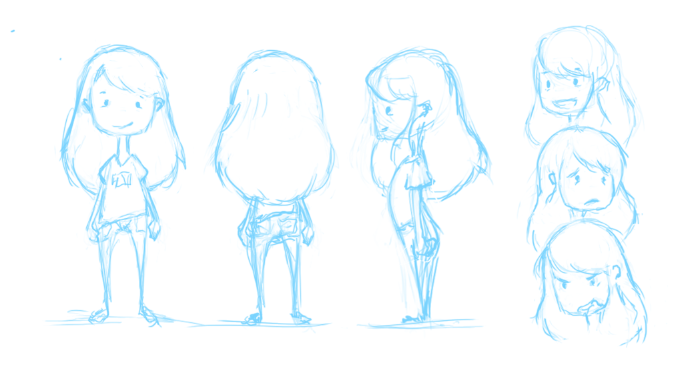 Finished inking it. I'm not super happy with the emotions but I'm pretty new to this so I'm not going to beat myself up about it. Overall, happy I'm finished with this and ready to start on my first strip! 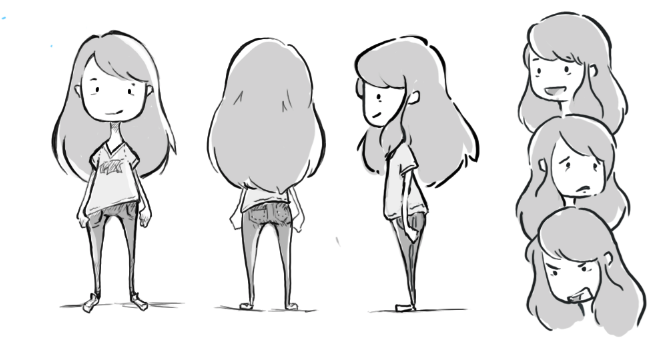 All finished! I'm happy with it but I would like feedback on whether it makes sense, how it reads, and anything that could improve the flow.

Thank you, Sarah for the great course! We're lucky to have you. 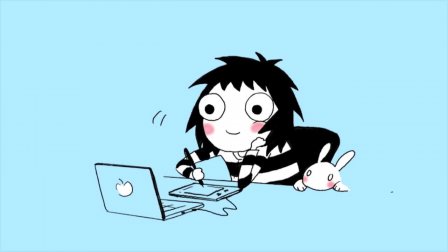