As the legends go, Sasquatch is a man among boys. Patrolling the shores of the Pacific Northwest, he has vowed to keep away the "bad folk" and protect the animal creatures of the land. Though they remain hidden, they will do what it takes to keep the bad folk away.

In Squatchin' you take on the role of a Sasquatch who is determined to protect the land. You'll be faced with hunters, poachers, and even some papparazzi. Keep them away from the sacred land and you will be the best Sasquatch the world has ever seen... or not seen!

Each player begins with a deck of their own. This deck is composed of specific character traits. They will randomly draw a few of these traits, which will define how they can act.

There is then a pool of hunters, papparazzi, etc. face up on the table. Players will have to utilize their specific traits to deal with the people that are trying to get close to their territory.

Your goal is to "repel" as many people from your sacred land as possible. By playing action cards to remove the people cards you can start to build up sets of people that you've removed. The bigger the set the more points you score. If you don't repel any people of a given type then you'll lose points. So you want to have a nice balance of depth (large sets of one type) and breadth (at least one set of all types).

During the game, if you do too much removing then you'll start to be mentioned in the legends and the lore. And that's bad. If you've made yourself too visible then you'll have to take a break from removing people from your land. You do not want people to actually see you.

So if you ever move too high on some sort of "Legend Level" (this could be something like the sea level indicator in Forbidden Island), then you either have to spend a few turns trying to become more hidden or you risk losing the game. 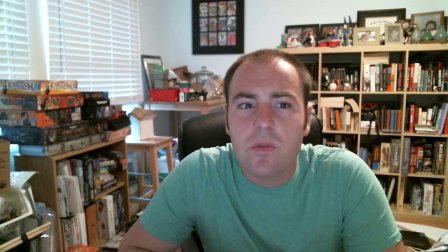