So, what exactly is Soundwave?

With Soundwave you can discover what songs people are playing on their phones and where. It’s simple – see the songs that people are playing – the songs that are going through their headphones - as they play them. There’s no silly algorithm that tries to predict music tastes based on your hair color or what you had for lunch. The only thing we care about is whether someone listened to a song or not – not if they are talking about a song, blogging about it or pretending to know it or bash it on a forum somewhere. We wanted to know what people were actually listening to as they were walking around in the big, bold world out there so we built Soundwave. It’s music discovery - done right. Finally.

Yes! We're in private beta right now - check out the Android version right here: http://zubhi.co/g/e4b3d/. Before you can access the app, make sure you allow non-market apps to be downloaded. This setting can be found in settings>security>unknown sources. Just tick that box and you'll be good to go. iOS beta is coming up soon too - but if you need to get your fix RIGHT NOW then check out the product demo: http://bit.ly/YzrtbO

The Story of Soundwave:

Soundwave came to life one wintery evening in 2011 in Gothenburg, Sweden. Brendan had just witnessed a tall Swedish girl walk straight into a stationary tree - all because she was so lost in the song she was listening to, she didn't look where she was going. He wondered what the magical song he was missing out on? Why wasn't he also walking into trees or lampposts. Or both. That night on a Skype call, he mentioned this in passing to Aidan. The next day, during his morning bus commute to work, Aidan noticed that everyone around him had headphones on, all grooving to their own particular morning tunes. He remembered the story Brendan had told him about the Swedish girl the night before and thought it crazy that he too couldn't work out what she was listening to or what the people all around him were listening to. A few days later they chatted again and Soundwave was born. A simple way to track which songs people were playing and where, all in realtime. They wanted to know what their friends were listening to, what songs were trending around them (their city, street or office) and keep a finger on the pulse of real time music trends as they spread from street to street and country to country. Now all they had to do was build it! After some initial validation to make sure they weren't the only ones who had a curiosity like this - they set their sights on NDRC's LaunchPad accelerator programme. In February 2012 - they got a spot and quickly after linked up with Craig who brought method and order to the madness that ensued! Three months later, after lots of late nights, early mornings and more pitches then a baseball batter - the team won the demo day and graduated 1st place from the accelerator programme. Then the real fun started...!

1. List all major “players” in the system (e.g. a marketplace may have two major players: buyers & sellers)

a. People who like music (everyone!) can use Soundwave to find and discover new music by seeing what songs their friends, groups and favourite locations listen to all in real time. If

[#4] People want to stay relevant and connected to the latest trends that their peers are talking about and endorsing – whether its fashion, food or feisty beats! Soundwave plays on the FOMO (fear of missing out) emotion. In 2 clicks you can stay connected to the latest, greatest hiphop tunes breaking from Brooklyn, NY or figure out what the top played dubstep song was that your buddy Dave has had on repeat for the last week.

b. Bands can reach out to their fanbases and drive deeper engagement by using the app to show them what music they themselves listen to. Fans can see in real time what are those influential songs that their favourite musicians listen to that help mold and influence their creativity.

c. Likewise politicians, sportstars, celebrities can remain relevant and enjoy continued visibility in the public domain by using Soundwave as another channel of engagement. 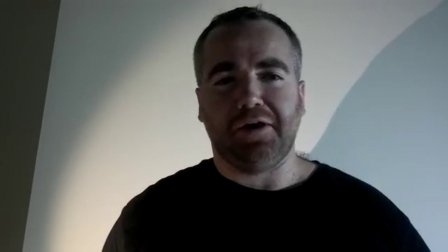