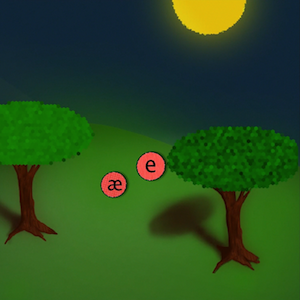 SoundShoot is a a simple listening practice game for ESL students and teachers. You hear a word (e.g. 'bat') and you tap on the sound you hear (in this case /æ/) and if you get it right, you get points.  For many learners, it's difficult to hear the differences between certain sounds. For example, my Indonesian students have a really hard time differentiating between 'bat' and 'bet' - to them, they're the same sound. This is where SoundShoot comes in.

I made a crappy mockup in Apple Motion (my first time using it too, so please be gentle!) - the concept is similar to clay pigeon shooting or NES Classic 'Duck Hunt'. The longer you wait to tap (shoot) the sound, the fewer points you get. If you tap the wrong sound, you get minus points. If you can differentiate the sounds 10x in a row, you get a little badge and get to share it with your friends on Fb..

Learners can choose their first language (e.g. Japanese) and get to practice the sounds that speakers of that language struggle with the most ('see' vs 'she' and 'row' vs 'low' for our Japanese friends for example)

Users could unlock fancier pigeons and different backgrounds as they progress in the game.

Once you've selected your minimal pairs (words that are only separated by one similar sound, such as ship and sheep), you can hit the range. Controls are super simple. Tap the sound you hear, that's it. Maybe too simple?

As you progress, the sounds fly faster and will become harder to tap and words will get longer. Eventually words will turn to full sentences and the player will have to listen for just that one sound, E.g. 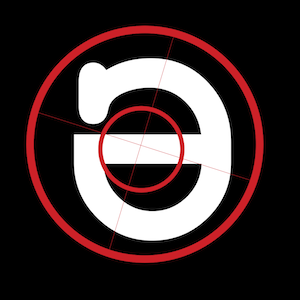