I decided to design a poster for Something for Kate who are a rock band from Melbourne, Australia, who are heading out on a national tour in the coming months. I'm going to have a go at doing a poster for their show at the forum in Melbourne.

Something for Kate's principal song writer Paul Dempsey has a fascination with science, and it often finds its way into the band's lyrics. At the same time, their music to me always sounds raw and organic. To me, that offers an interesting juxtaposition : the sometimes harsh or industrial imagery of science, and the lush and organic imagery of nature.

Another idea that struck me whilst searching for initial ideas came from a song off the band's latest record called "Deep Sea Divers". The song name alone conjured imagery of the old style diving suits, with their kind of steam-punk aesthetic, but the song's lyrics also are a treasure trove of visuals with mentions of crows sharing cigarettes and a narrative that's just obtuse enough for each person to be able to interpret it differently.

Armed with these two initial ideas i had a crack at thumb nailing a couple of ideas.

Idea 01
A deep sea diver walks through a dense, overgrown forrest, his air hose held aloft by a single crow. The ground is littered with fallen leaves, and in the branches of the trees are tiny signs of life.
The type in this design could maybe by partially obscured by some of the tree trunks to create a bit of depth. 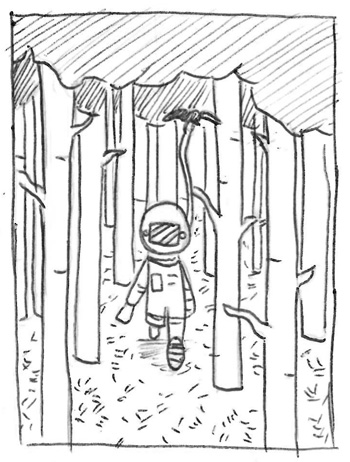 Idea 02
Close up of an old, weathered deep sea diver suit. Through the window we see the suit is full of fish, however the outside is covered in moss, with butterflies settling and resting on the top. In the background we see pines towering above the diver. 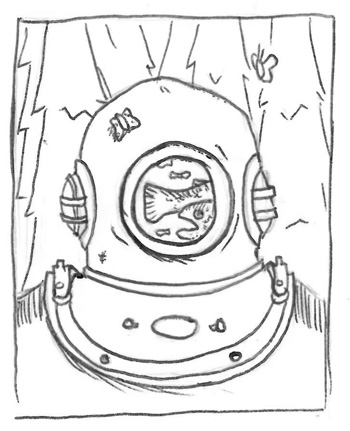 Idea 03
Whereas the other two ideas were visually pretty dense, i tried to go for something a little sparser. A diving helmet sits alone in the centre of the poster, with a crow perched on top, a cigarette between it's beak, a tiny puff of smoke rising towards the top of the page. 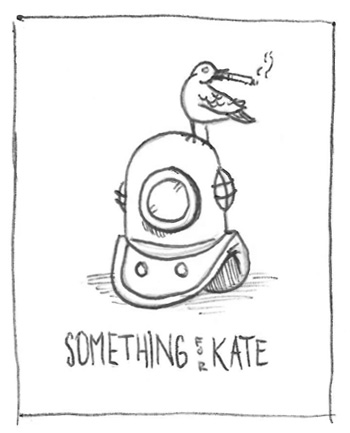 And here's a little bit of reference in terms of mood, imagery and texture : 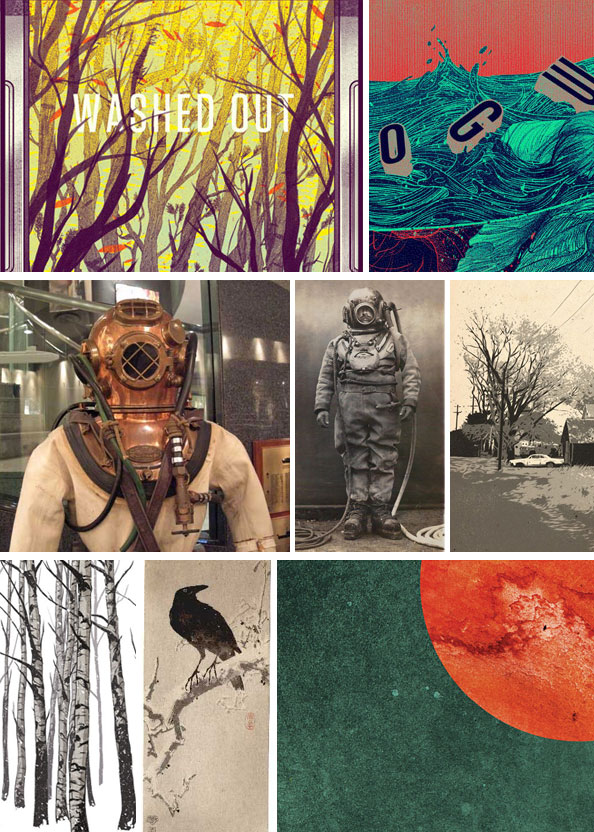 They're my initial ideas, any thoughts? Thanks for looking!