I wanted to see if I could put a little fog in the trees along the river in this painting I started for Extreme Art. I first painted in some trees and bare branches along the river, let it dry and then washed over it with gel medium and titanium white acrylic. I diluted with water. I watched the video several times.

This is my first glazing practice and I'm not sure how I like the effect but I won't know until I made more attempts. I could actually observe fog in the trees today while it snowed and this gave me the visual reference. I also worked on developing the trees I had created by using tape and scraping away paint to reveal white. I cropped the image, just to focus on the glazing techniques. The tape was pulling loose from the board so I removed it and the paper is buckled. This image is not as well focused as the one above before glazing. How do I flatten the paper? Thanks for the lesson, Ron. I need to work on this technique.

(The painting below is still very much on my mind and I'll get back to it when the mood moves me. I thought I would use it for glazing but now I'm not so sure.)

August 30 - I've darkened and blended more. Still lots to do and details to add. I'm off for vacation for a couple of weeks. More work on this the middle of Sept..

Aug. 10 - Paints arrived and I worked on kelp values in the meantime.

I felt the yellow at the center kelp had too much mustard look so I washed over it with acrylic white watered down and then put more yellow over the white to see if I could get more pop, more fluorescent appeal. It's not quite there but I enjoyed trying it.

I absolutely love the blue hues you had me mix! Wow! I only put down a very light first layer because I'm not so bold - yet - about using a lot of color that I might not be able to remove. I thought better to layer up to the dark than start too dark. In the upper left water I think I used too much alizarin and the purple result is too purple. I can dilute it with more blue next round. Those blue gradients do go on fast. I mixed all my hues before I started the process and applied more water as I went along. Not as smooth as I wish but it's early in the painting and more layers to come. I noticed I neglected to leave a place for water in the lower right corner so I painted the blue over a triangle of green kelp. Got a lovely shade but not blue enough so I put on another layer when it was dry. Still not going to work so I painted titanium white acrylic over it as a base. I think this will work on my next try with blue. I like exploring how much the white picks up the color it covers. I know I'm going to like making fog in another painting. I put a little red into the kelp stalks. The color in these photos is not as accurate as I wish. Today's sky kept changing with clouds and as the day went on the sun's direction changed. This doesn't fit my scanner so I did what I could with my camera and Photoshop to get as close to what my painting looks like as I could. Next I'm going to work on getting the water put in with deeper tones. I added strands of kelp in the lower left, too. All the green in the main kelp is rather bland looking. I think I need to put in more texture but is that a detail i should leave until later?

Below is what I ended with today. Overall I feel my composition is too static. It would be more interesting if it seemed more in motion like the image that inspired me. I see the kelp hanging more straight down in the center. How do you think I could adjust for this? The original photo shows the kelp swept away in more current, with more blue in the lower center.

Aug. 11 - Ah! Look at the progress image below this one. I used white acrylic to reshape the lower edge of the composition. I covered the mass of green (dark kelp) in white and later today I will paint water there with strands of kelp moving in the current. And I keep darkening the kelp in the current at the lower left.

After adding white at the lower edge and darkening kelp on the lower left, this is my painting now.

First notes:  Hi, Ron! I started this as a monochrome activity in another Skillshare class. I like the image idea and want to complete a painting from it. I began looking on internet for images of kelp thinking that's a fairly monochrome subject. I came upon one photo that made me think of the end of a story I tell. Slapoo is an ogress in Pacific Northwest native tales. She steals children who stray from their families. In one story she ends up falling into Sequim Bay (Olympic Peninsula) and you can now see bubbles in the water above her where she waits for careless children to fall overboard. She's evil but serves a purpose. I thought the kelp photo resembled a Shakespeare-like witch looking up and holding her arms open to catch something (child that will not be seen). I have a couple layers of paint on now and some kelp has only its first pale layers. I want the bottom of the image to be dark and the top to be very light, even white, above her near the reflection of the kelp, reflecting from the water's surface. It's an underwater scene, of course, so can you help me make it look as if the water has a surface as seen from below? I want it to appear the way kelp does when I kayak over it and it's just below the surface, and making the viewer "see something" but not sure if it sees it or not, mysterious and menacing mood. So this is where I am so far, just "messing around" with ideas and lines and hues. It needs to have the floating effect of kelp, rather loose, and lots of texture of the wicked one's kelp-hair. Below is the photo from Monterey Bay Aquarium that inspired me. I don't want to copy it exactly and I fully value copyright if it's an issue. And below that is my beginning painting. The color in the photo is about as close as I can get it to the actual painting with photo enhancing. 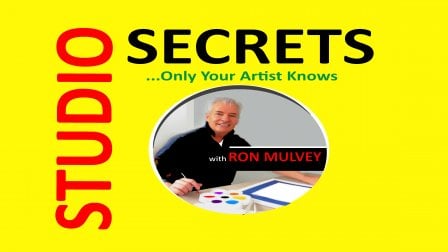