Took a break from painting faces to try this as I need to do this for an upcoming project. Going back and forth between Procreate and Photoshop as sometimes it's easier to work on my IPad. I feel it's a bit too flat and not textured enough but having trouble getting something to look sandy and rocky similar to something like Red Rock. I also wanted what looks sort of like a large ship abandoned in the distance which also doesn't quite look right. I want it to look somewhat faded and hard to distinguish, but it just looks like a black smudge right now.

Played for a few more hours and now I have this which I'm more happy with, but still feels like something is off.

So I started over and ended up with this which I think is a lot better and closer to what I'm looking for. I think it still could use some improvement, but considering I've only been doing any form of art for about 2 months, I think it looks good.

Decided to call it complete here. I really like it now considering this is my first large painting ever. 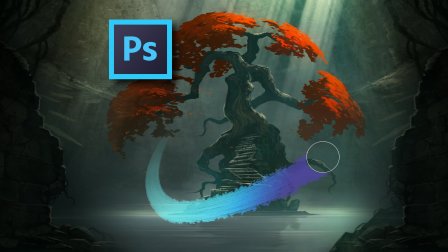