I watched the Sergio Pablos video, and then I ended up watching some from his YouTube, and I am so glad I did. He said something in the video about how you will throw away the first one, the second one, etc. I went through four or five full characters and scrapped them. I invested time into them, too, and I hated them. So I just started over. Super frustrating, but Sergio also said to persevere. So I did that, too. And eventually, I found something that worked.

I only managed to save two of my monsters. One was a sludge monster that started to look like one of my bosses. Not sure what that means, but I'm sure it's some subconscious means of purging negative energy.

The monster I sketched up after that one demonstrated my frustration with this process. I kept getting really hung up on the anatomy, and everything I drew looked like a person. So I just started furiously drawing, and I got this guy.

He seemed a little aggressive, and I wanted a more, subtle character.

Considering I couldn't handle giving my character emotion without it being over-the-top, I decided to go with a more neutral character. An everyman monster who is just doing a regular activity. Calmly. So I started with shapes. Circle head. Square body. And a triangle at the bottom, just for fun. I wanted him to be gentle, but strong.

Not sure what activity he was doing here, but it looks like a regular activity.

Maybe he was going to be ironing. I think perhaps I was meaning to make him a little nervous.

Then it got weird, and he appears to be doing something unspeakable with a ukulele, maybe? Maybe he was cooking something? I'm not sure. He also looks less worried, and more like he is looking at something, and I liked that idea.

He ended up eating a sandwich, and he's looking at a dog that's barking at him. The dog probably wants some of that sandwich.

Started to clean that up a bit. Ended up adjusting a lot of perspective.

Got my final outline down.

And added color with some fun Photoshop brush. I liked the texture.

He doesn't have a name. He doesn't need one. He's just a dude trying to eat a sandwich.
He's curious what the dog's problem is, but he's not going to do anything about it. He is just going to eat his sandwich. 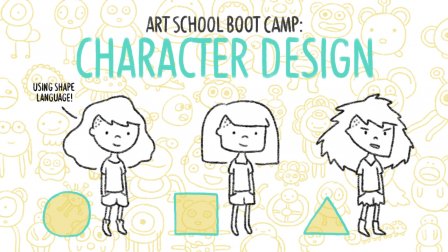