Project Notes: I'm using this class as a suggested way to make a scene outline and turn it into a scene. I've been using the snowflake method to prepare but always find my first scene needs a lot of work

Outline:
Scene one introduces protagonist Zachiru, along with Wraith, Rem, and Abraxis, characters that all play some role in this story.

This scene introduces them with Zachiru having just got the group drinks, and discusses Elias, a young lad who’s been adopted by Abraxis, and how he’d f***ed up a recent job - all he’d been asked to do is go in, steal some information, and a data chip, and get back out. Instead, he manages to kill several high ranking Corpo goons, and injure the president of the corp.

Exasperated, the three discuss what is the best plan of action concerning dealing with the youngster, and they agree that for the safety of the clan, the young lad is to be removed from the clan, and serve his time in prison unaffiliated, to learn his lesson. Most of the clan done it at one point or another, and it was a miracle that it’d taken this long to get there.

Abraxis offers to also take the fall, as so many people got killed and debt needs to be paid, and that shouldn't be on the clan. Wraith agrees, reminding Abraxis that there’s no way back into the clan again once they’ve left, and they won’t have protection from that.

Zachiru makes to object telling them that the work they’d done was based on already actioned favours for the clan, these were favours in return. Wraith tells them that while she appreciates the work that Zachiru has put into making this work, those favours would be wasted.

Begrudgingly accepting this decision, Zachiru goes along with this. Abraxis, as of that moment officially left the group, however, there was one task left, the removal of the clan tattoo.

Everyone travels back to the clan hall and the proceedings take place Abraxis offering the position of Fixer to Zachiru.

The starting motion: the prominent character placing down some drinks on the table where the discussion happens, and informing everyone there that there is a big problem that needs to be resolved

The ending motion: the clan members have decided on what to do, and are leaving the current location to go take action on that decision.

What is the through the context of this story:  Identity, both looking at it from the perspective of the protag, and how they do their job, and the person they come up against. the question of identity and finding their place in the world does come up a few times in this.

Exercise 2: Analysis
While this scene appears to be a scene where, at least, for the most part, is done sat down, it should be that the characters, even if they may be sitting down, still do react physically to a lot of what transpires in the scene.

I want to use this scene to convey the situation with the characters, and while I don't want to explicitly show what happened on screen, I want to convey the sense that there's a lot to consider when an event likes this happens, and how it'd normally be dealt with.

“We have a big problem” Zachiru states. The three people sitting at the table all reacted with confusion as Zachiru placed down the tray of drinks, before dropping into their seat. “Elias’s is in a jail cell, with several board members of Etras dead, and their president severely injured. My contact in the police tells me they found Elias there covered in blood, knife in one hand, gun in the other.”

There was silence, no one quite knew how to react, Abraxis, the clan’s fixer, looked at Zachiru shocked, not believing what he’d just heard. Wraith, the clan leader, and Rem, the right hand, were both silent, stewing over the implications of what had gone on.

“Hate to say it Abraxis, but your child has always been a f***ing liability,” Wraith said. Abraxis crumpled in on himself as if all wind was taken out of him. There were no answers at that point, only more questions. “Zachiru, you know what this means right?”

“Of course, the kid’s got to go, not to mention how bad this looks on me considering how many favours I’ve had to pull in to even get him in there.” Zachiru slumped forward, head in hands. “Fucking hell, this is worse than I thought, I knew I should have gone instead, but no, I was foolish enough to give him a chance to prove himself.”

“This isn’t on you Chiru,” Abraxis said. “This is on me, I was the one to convince you to let him go in your place, you’re right though, it really should have been you to go, I don’t know what I was thinking.” Abraxis tried to reassure Zachiru, who seemed unconvinced.

“Wraith,” Abraxis said. “Cut me loose, this is on me, not Zachiru, I was the one to convince them to let my idiot son go, not them.” Wraith looked between Zachiru and Abraxis.

“I’ll agree, on one condition, you repay the debts to the people Zachiru called in favours from. They do not deserve to lose face because of a decision you made.” There was a stern tone in Wraith’s voice as she leaned forward to look at Abraxis, the red light from the Neon sign above where they were sitting framing her face and reflecting off her near-black skin.

“That’s a given Ma’am, I was going to offer to do that anyway, I am, was the fixer, and insofar as anyone is concerned, this is on me, as I was the one who made the decisions for it.” Abraxis acknowledged them, straightening up. “I do have one final request, Chiru gets made fixer in my stead, they’re the only one I trust to finish out the work I started.”

Zachiru lets out a shaky breath and looks up out of their hands and at Abraxis. “I doubt it Brax, I’ll do what I can though, don’t think there’s anyone else in the clan who’s capable enough to take on the role.” Abraxis laughs at Zachiru’s response and shakes his head.

“You’re a Yachi, Chiru - I’m sure you’ll do a great job.” Wraith snorted at the reassurance, Rem chuckled, shaking their head.

“I’m a Yachi, yes, but I left the Corpo world when I was a kid, and need I remind you that was 20 years ago.” Zachiru shifted uncomfortably on the chair. “Wraith, Rem, you lead the clan, what say you on the matter.” Both sat there in silence, Rem only shrugging, as if to suggest they had no opinion on the matter, Wraith, on the other hand, seemed deep in thought.

“I mean, you are the best option we have, you’ve got contacts, and more people seem to come to you of late with contracts and jobs for the clan, it’d make sense.” Zachiru slumped back, dagger attached to their thigh clattering against the side of the chair, painfully reminding them what would need to happen next. Zachiru picks up their drink and drains it in one go.

“Hate to break this up but the sooner we cut Brax loose and let him handle the repayment of debts, the sooner we can reassure our clients that we’ve got this under control.” Nodding, they wrap up the meeting, finishing their drinks, and head out, agreeing to meet back at the clan hall. 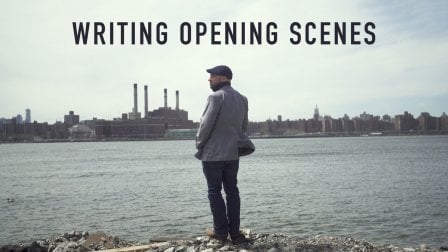