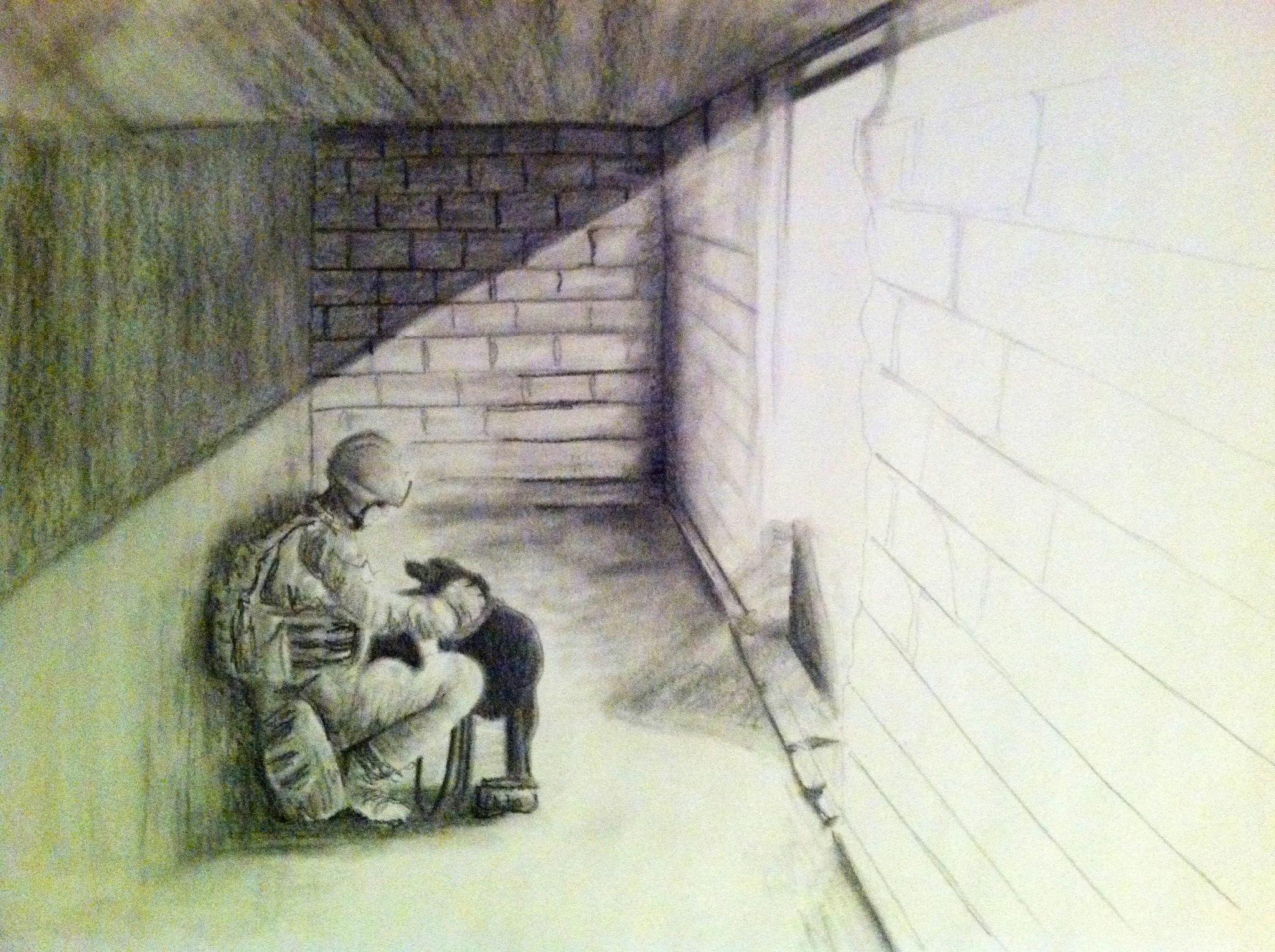 Work in progress on the final image. (phone photo) 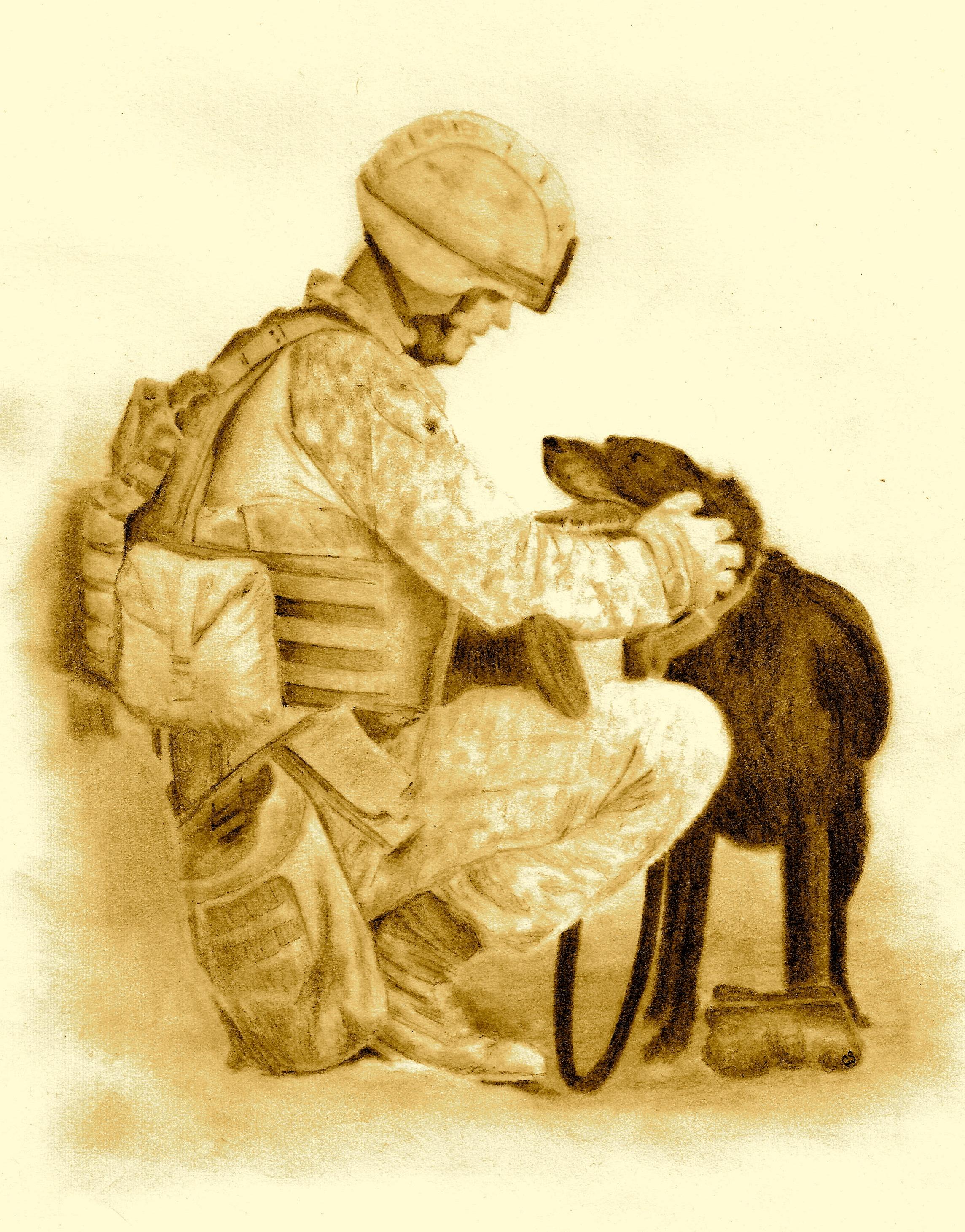 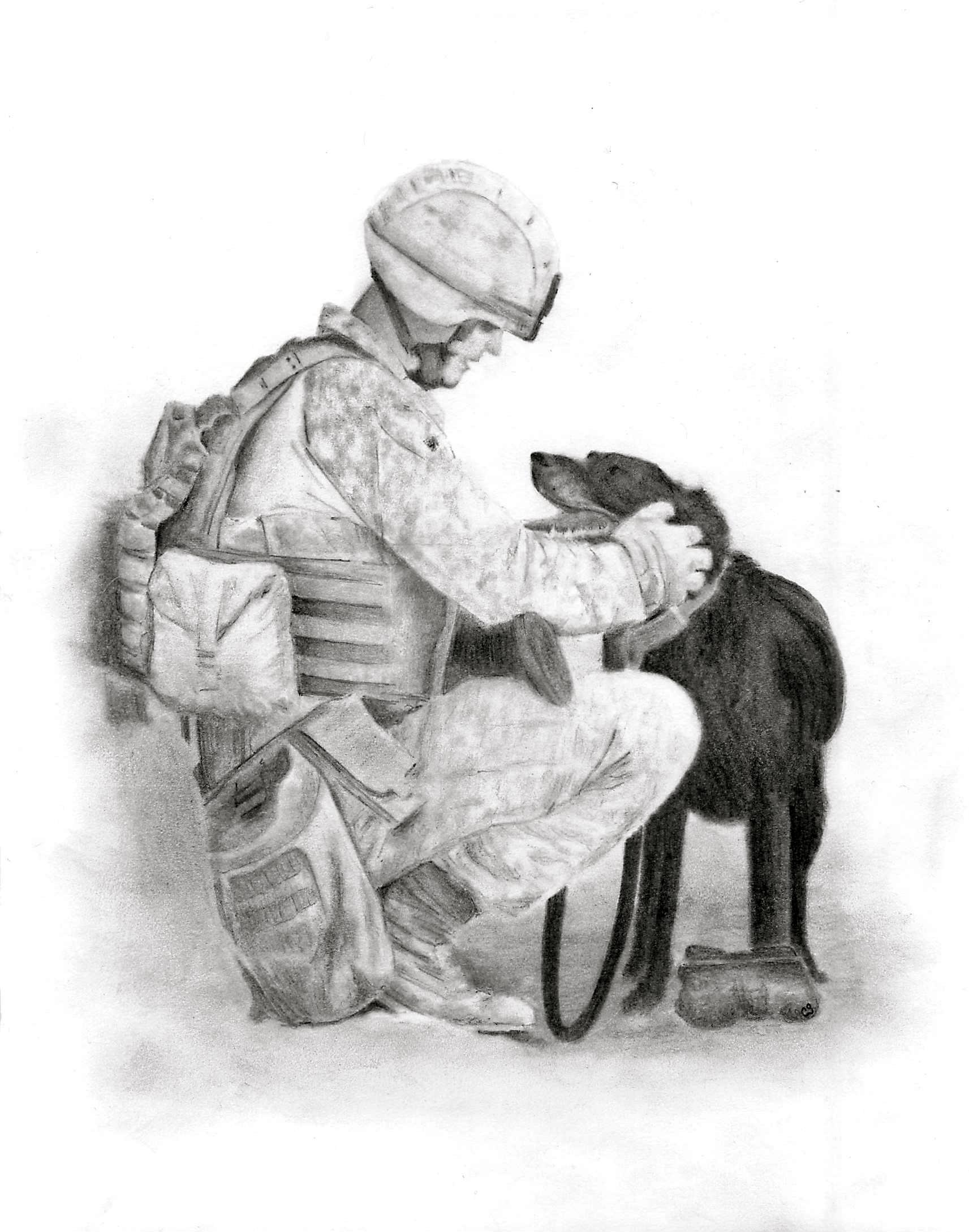 I drew this picture as a wedding present to a friend and her husband, a Marine Lance Cpl and dog handler, seen here with his IED detection dog, Cookie. I really didn't want to use something I had previously drawn. I wanted to come up with a completely original idea. Only problem was I had a really hard time coming up with ideas and "drawing from my mind." If anyone has any tips how to help improve that skill, let me know! I came up with some ideas, but nothing spectacular. So I decided to rework this image, because as it stands, it is very strong and the story is real. In order to create something new from the existing drawing, I wanted to incorporate it into more of a camera/movie type of shot. 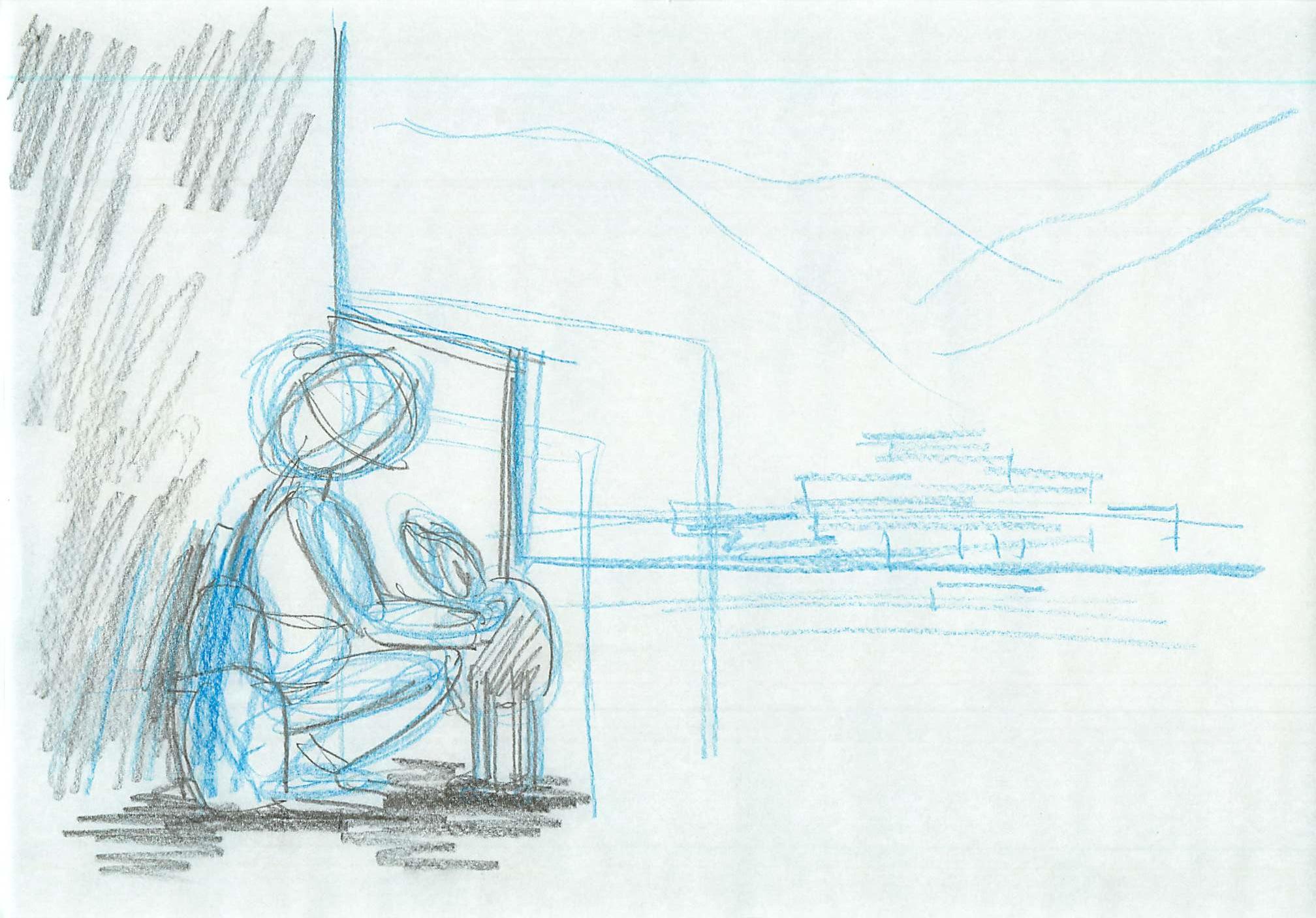 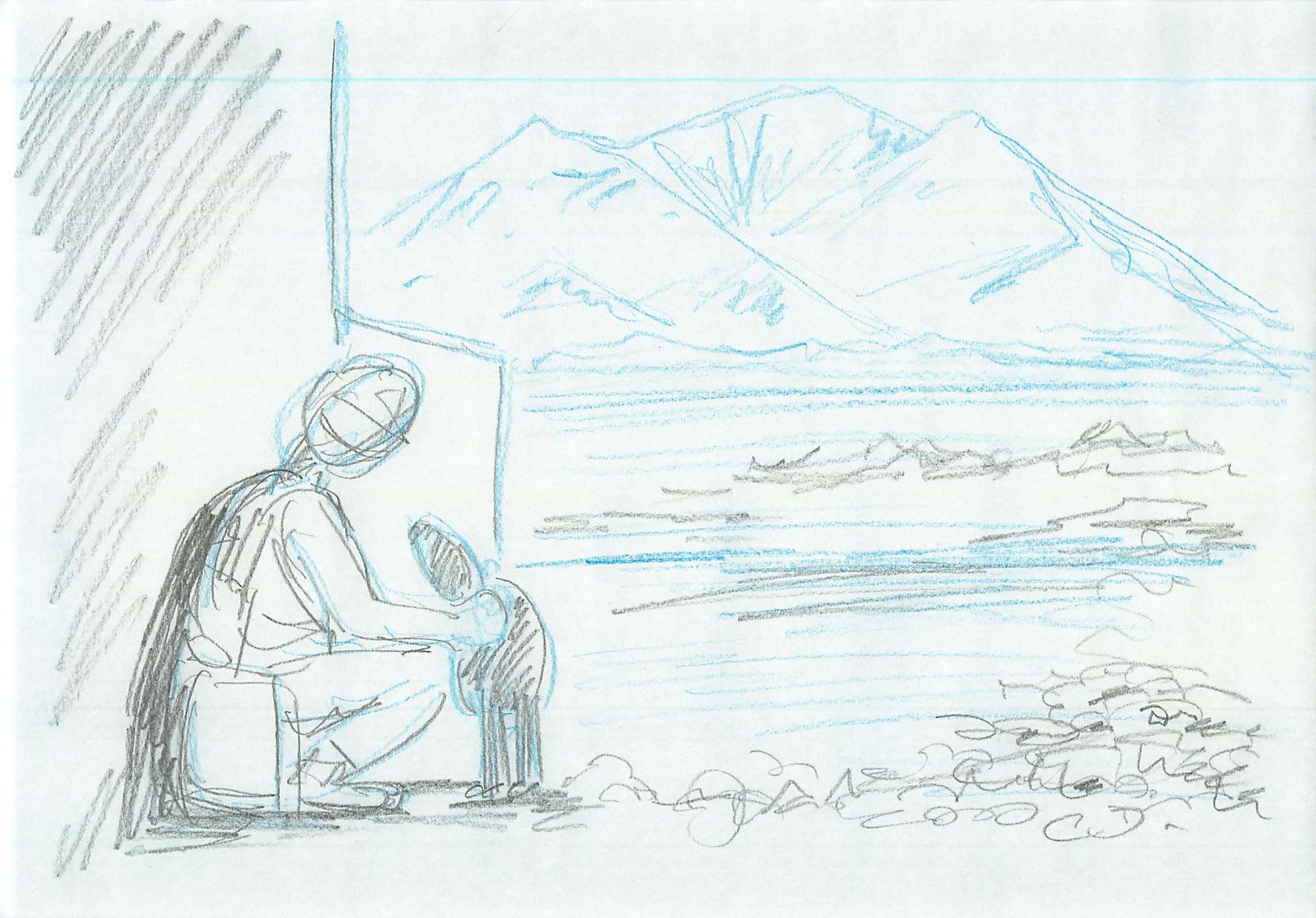 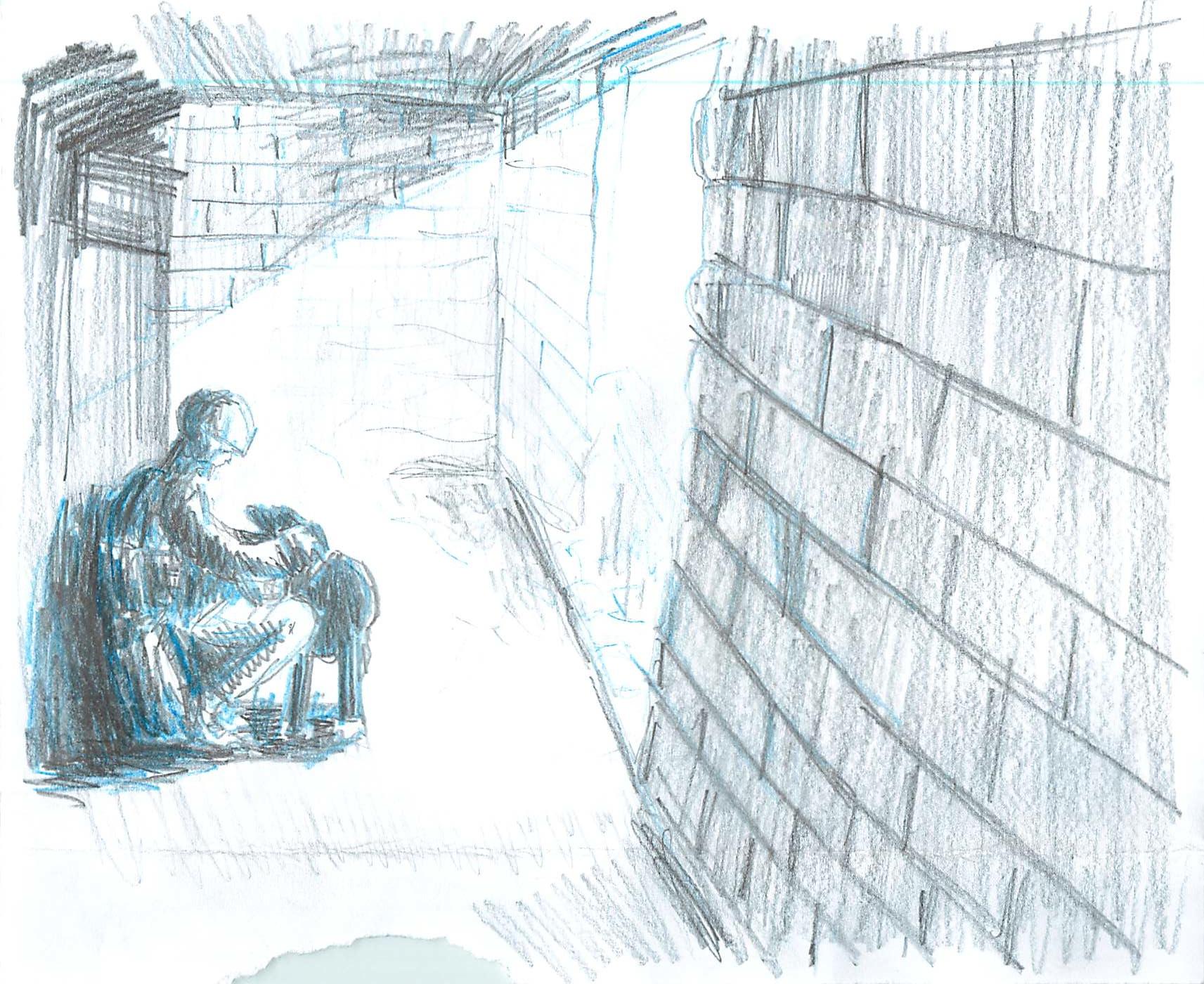 The last sketch is the one I would like to polish up for the finished piece (with better proportion, more detail, high contrast and strong/dramatic lighting).

P.S. Happy ending to the story: They got to adopt her.