I have never had an opportunity to design a gig poster and was so excited to find DKNG Studios was offering a class!

I really wanted to be able to look objectively at the project and feedback, so I went for an event of a musician with whom I wasn’t at all familiar. As suggested I used Pollstar.com to see upcoming shows in my area and found the band “Sea Wolf.” They have played with Josh Ritter, one of my favorites, and the name just caught my eye.

Honestly, I love the idea of sketching. I buy new notebooks in an almost OCD fashion because I hope the empty cream pages will entice me to sketch something. I could be one of those super mysterious people at coffee shops and parks that you always wonder what their current inspiration is. However, I never sketch. Actually, I usually skip the concept phase all together – just another reason why I thought this class would be helpful. 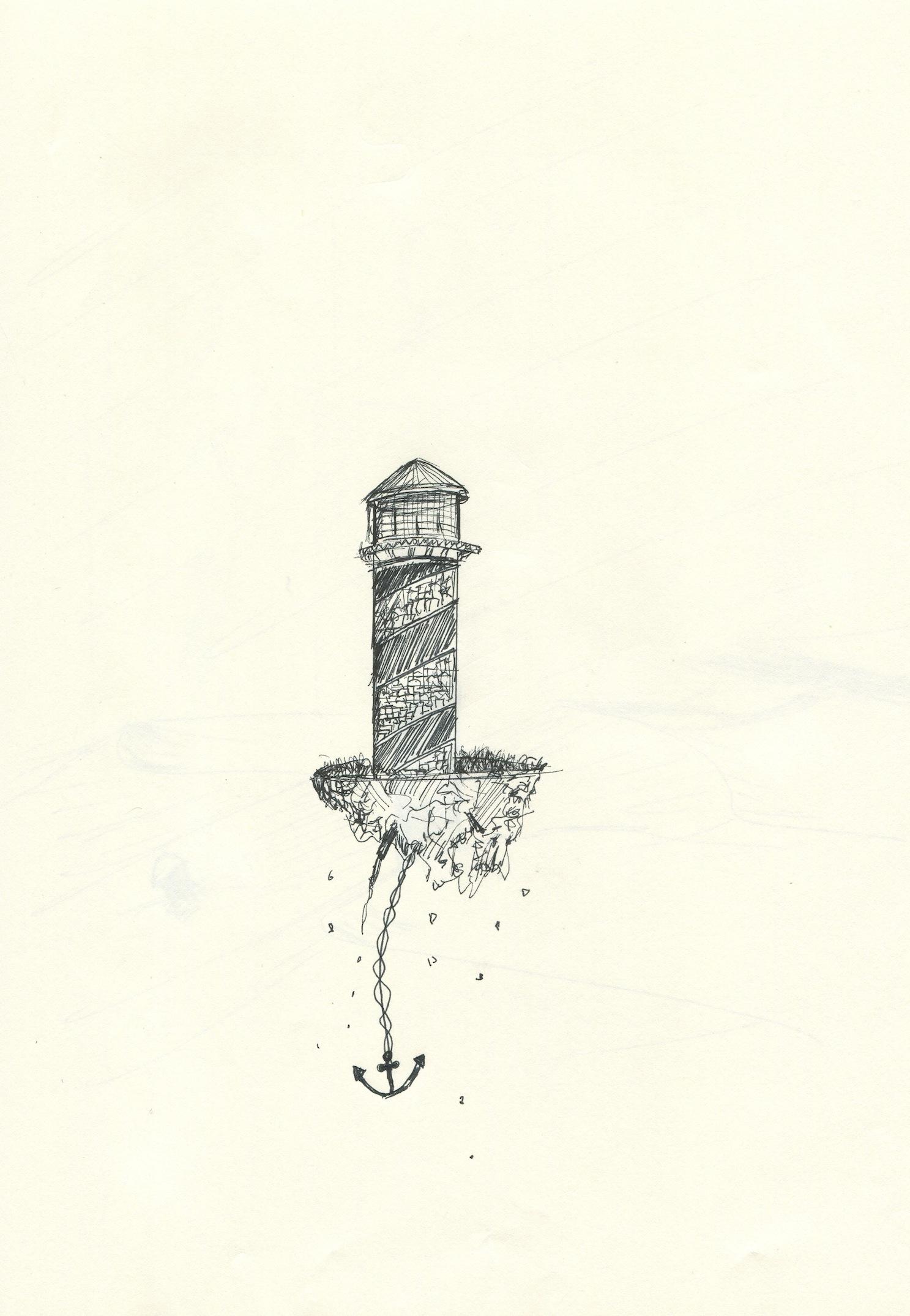 While still researching the band and listening to their songs I did my first sketch. Going with the more obvious nautical theme extracted from the name. 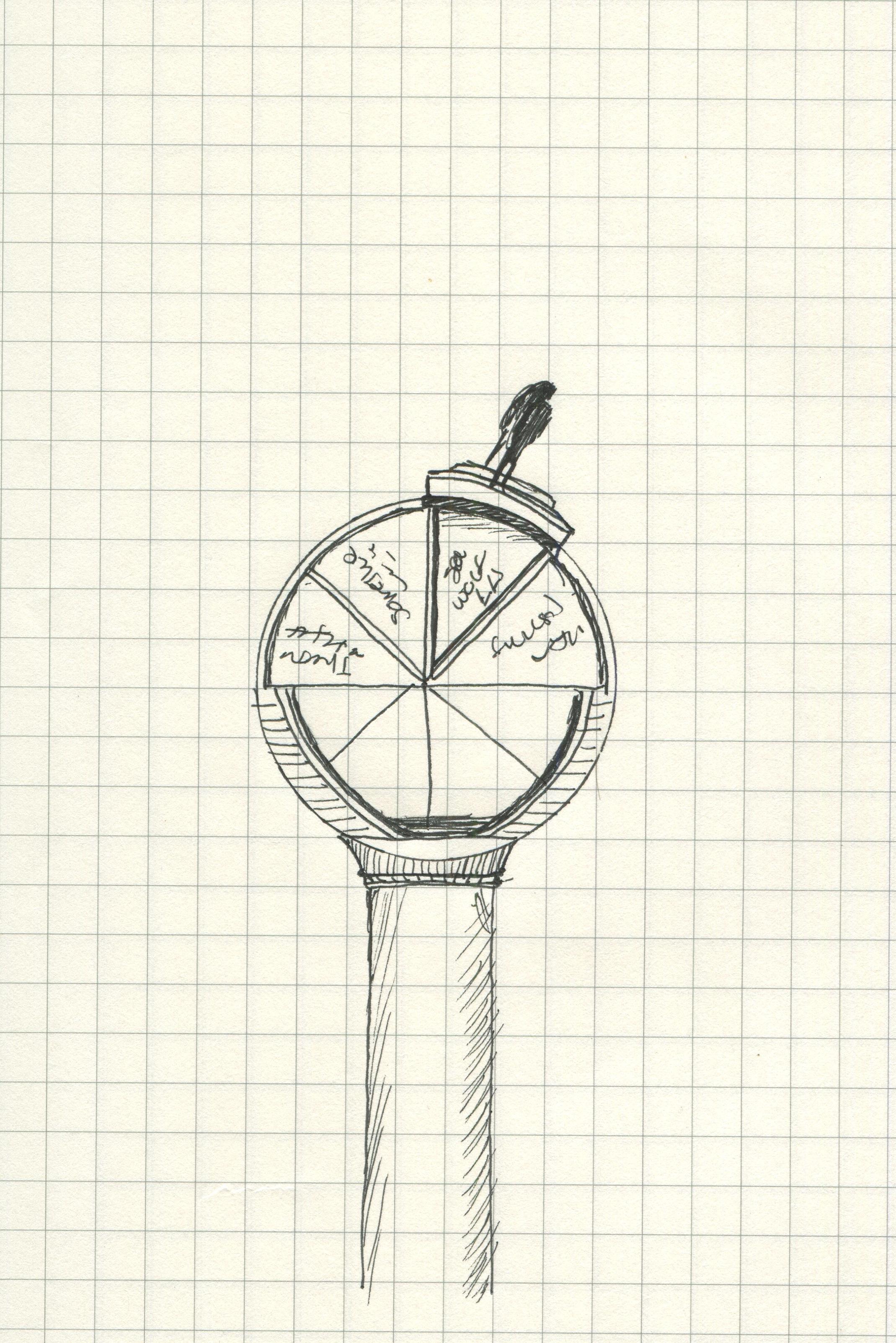 Another rough concept, I was thinking the concert info would go in the labeling. 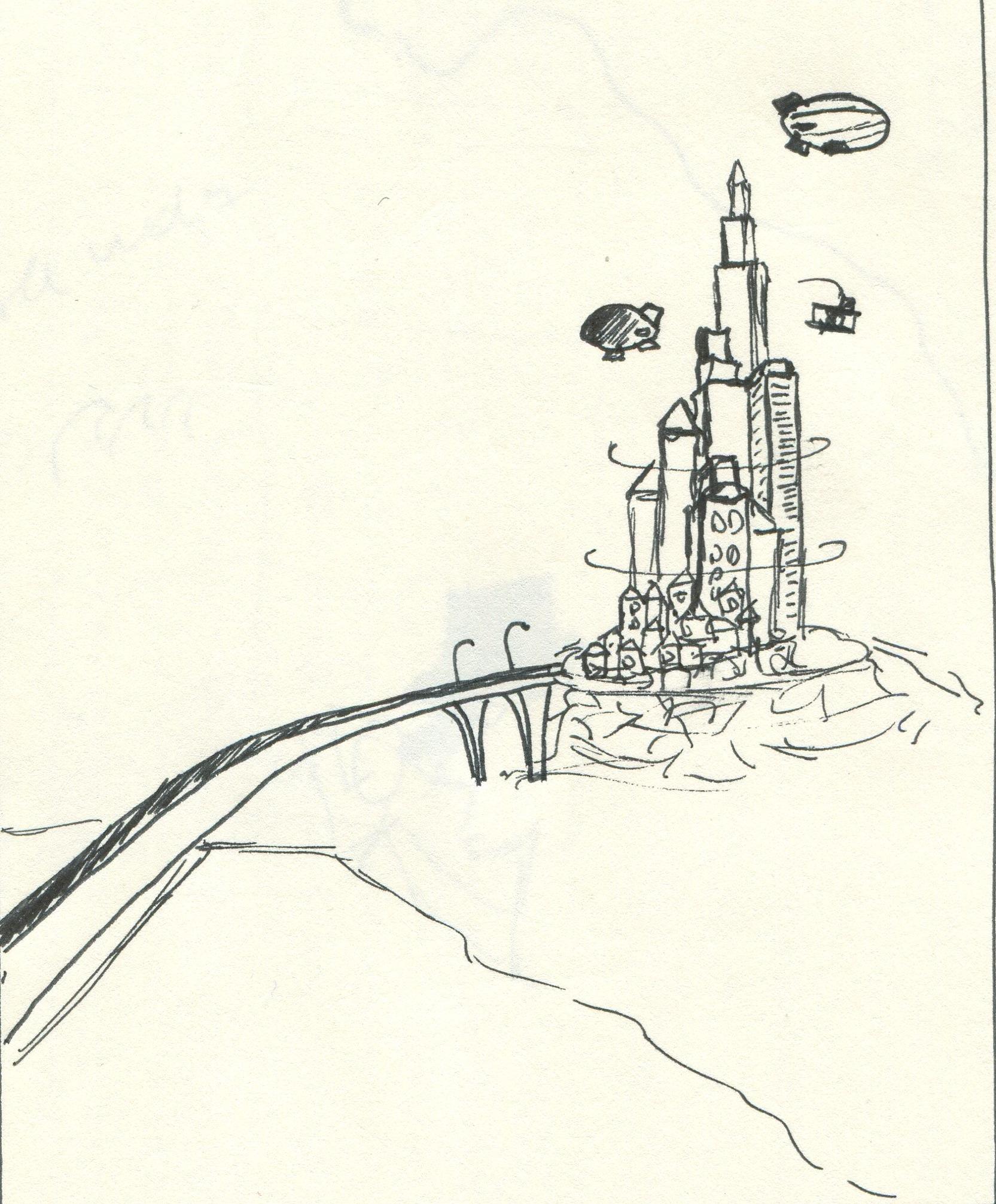 Going off of the most recent album title "Old World Romance." 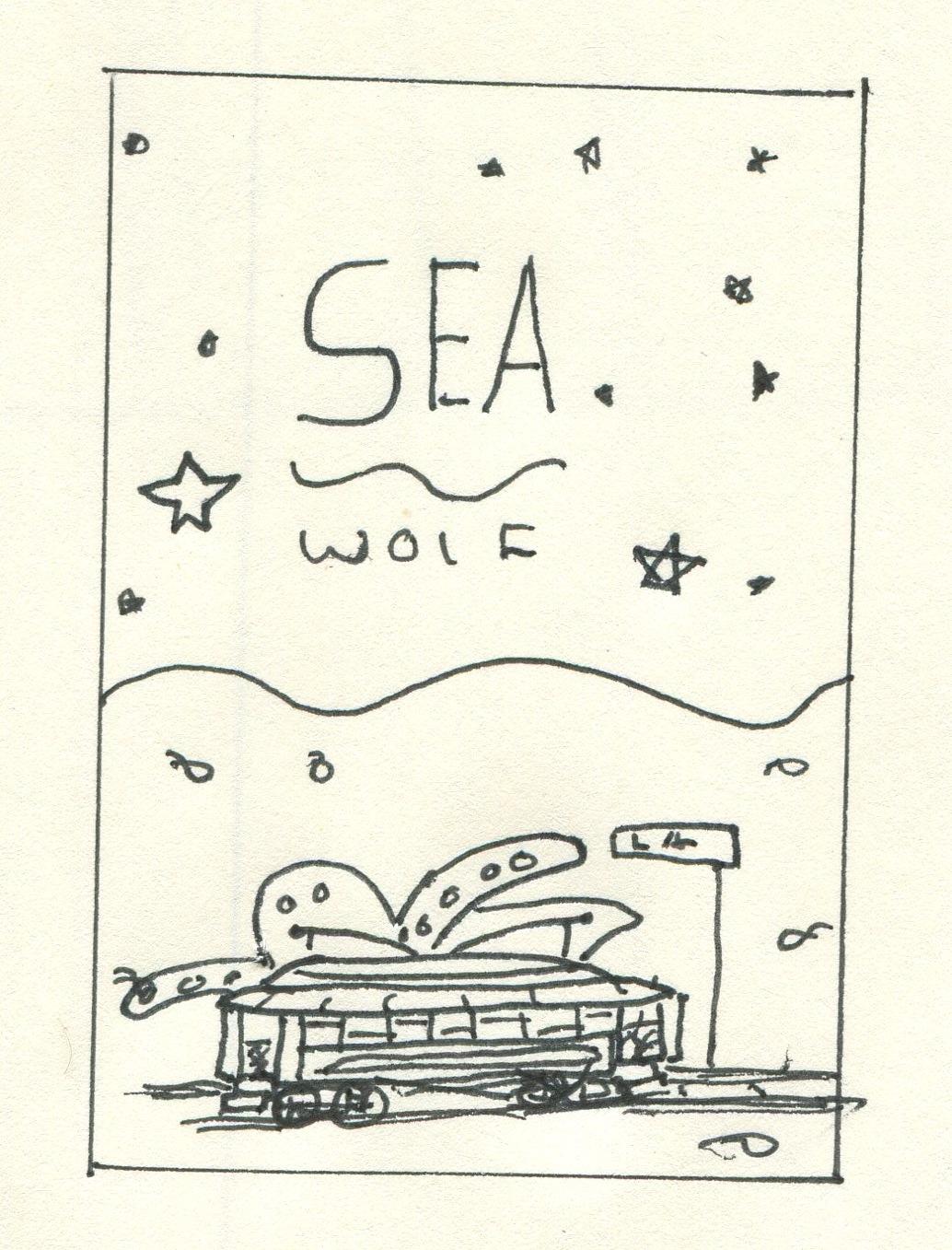 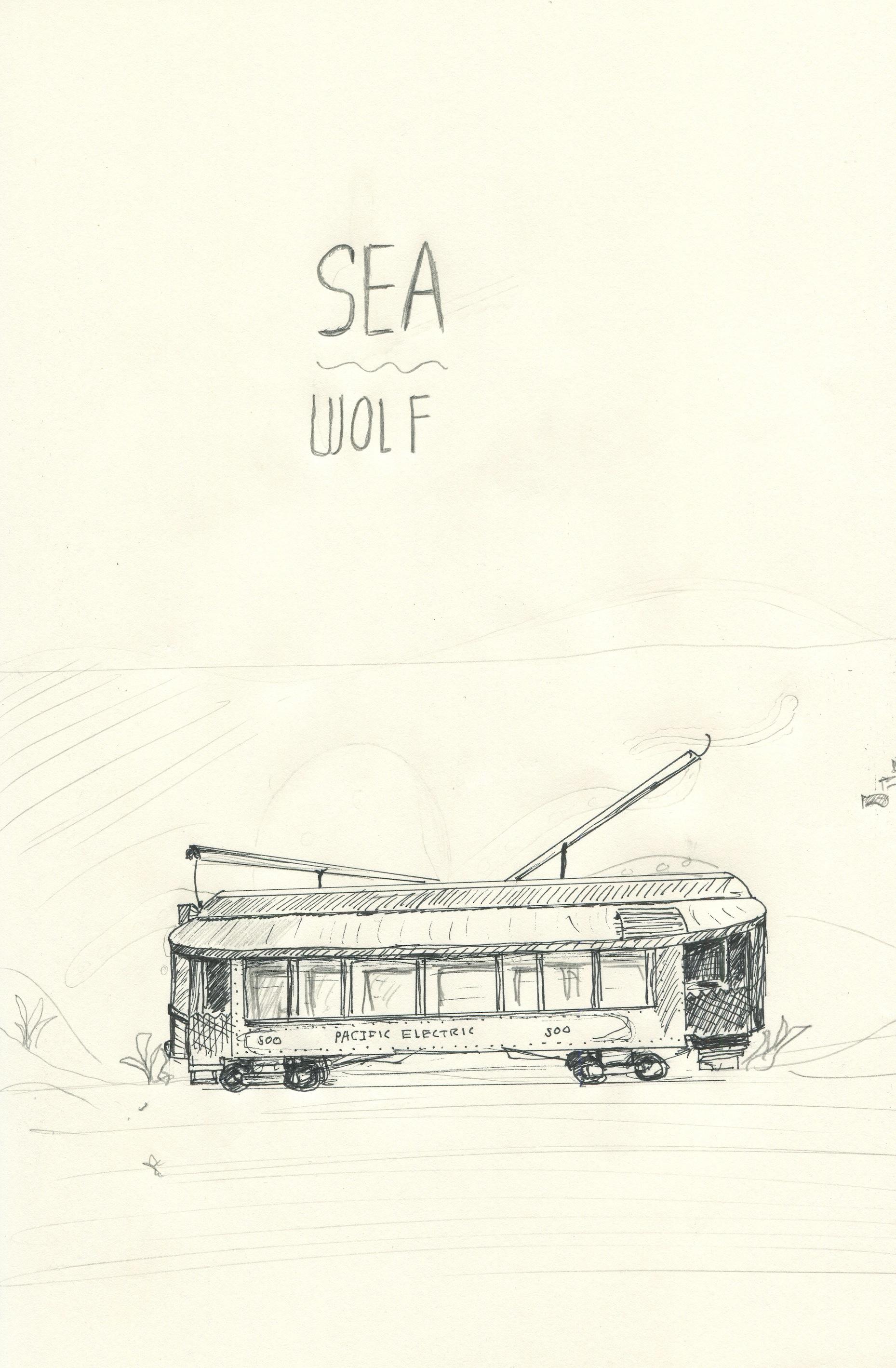 Well Thats where i'm at. Most of these sketches don't include text to which I need more practice at hand drawing.

After the last sketch shown I started working on the actual vector version. A little to early perhaps, as now i'm having a little trouble with the concept.

I decided to have the sea inside the trolley car instead of the under water idea.

Still trying to figure how the trolley should fit on the page and what if any should the surrounding environment be. I'm thinking the theater could be in the background and of course track and overhead wire.

Here is the Trolley so far. 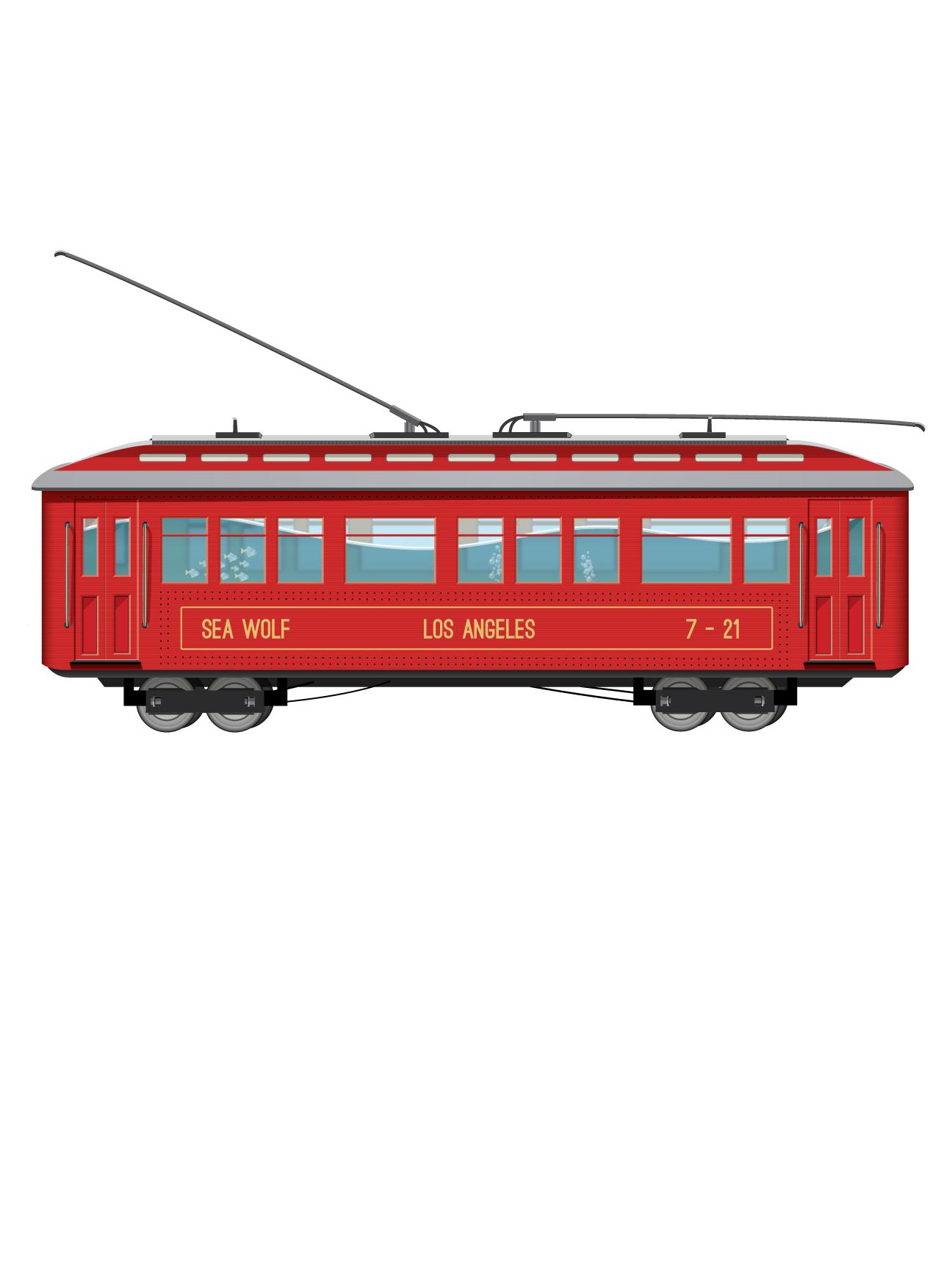 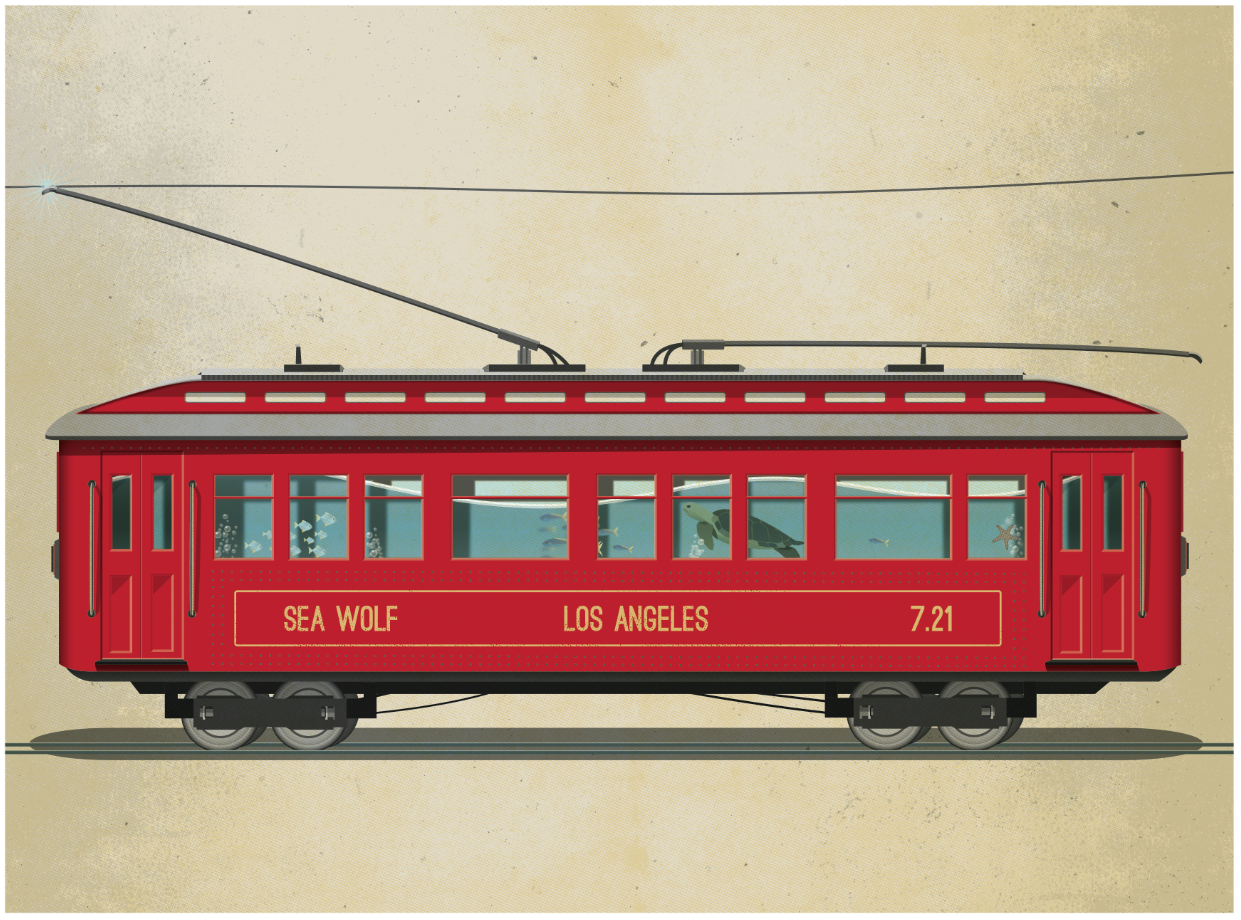 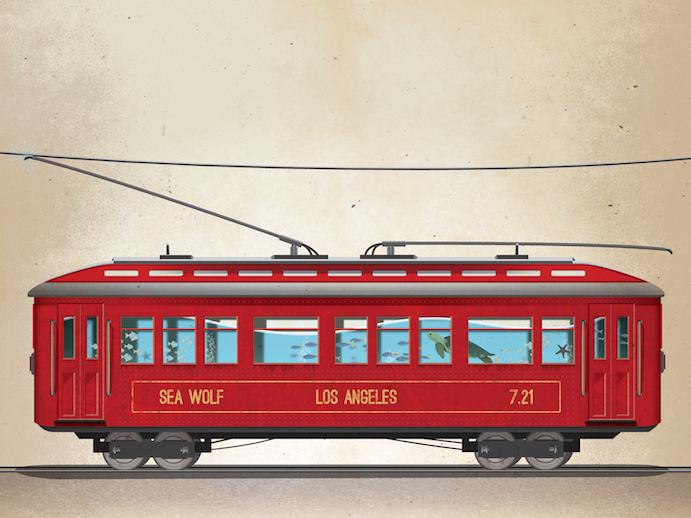