I feel very intimidated by everyone elses rendition of this scrub jay, but here's mine.

I'm having a very hard time placing pronounced lines. Hopefully that is only due to the very unusual way to hold the pencil and will get better with more practice.

Thanks in advance for any feedback :)

Edit: I did a second practice drawing of a blue tit one day later. Behold:

I know the chest part isn't right, but at least it somewhat resembles a tit, I think..

Edit 2: Tried again with a robin, after rewatching the demonstration.

Edit 3: Some practice for lines and angles 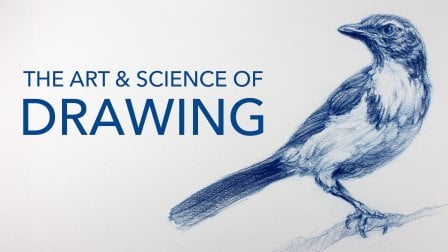