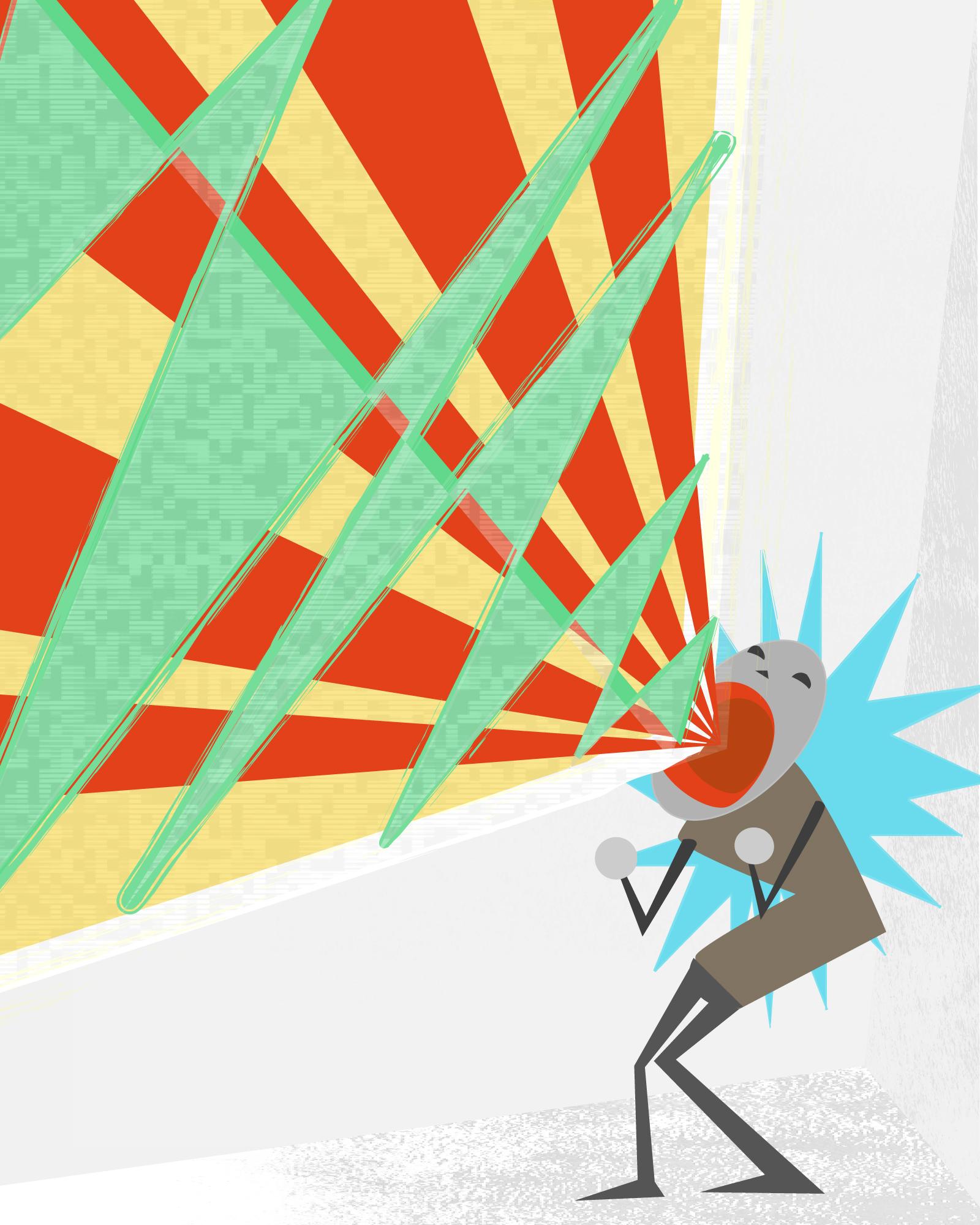 Remade my color pallete, since I had gone pretty fare afield of the colors I'd originally put together with the pallete tools. I think this is a bit more harmonious. 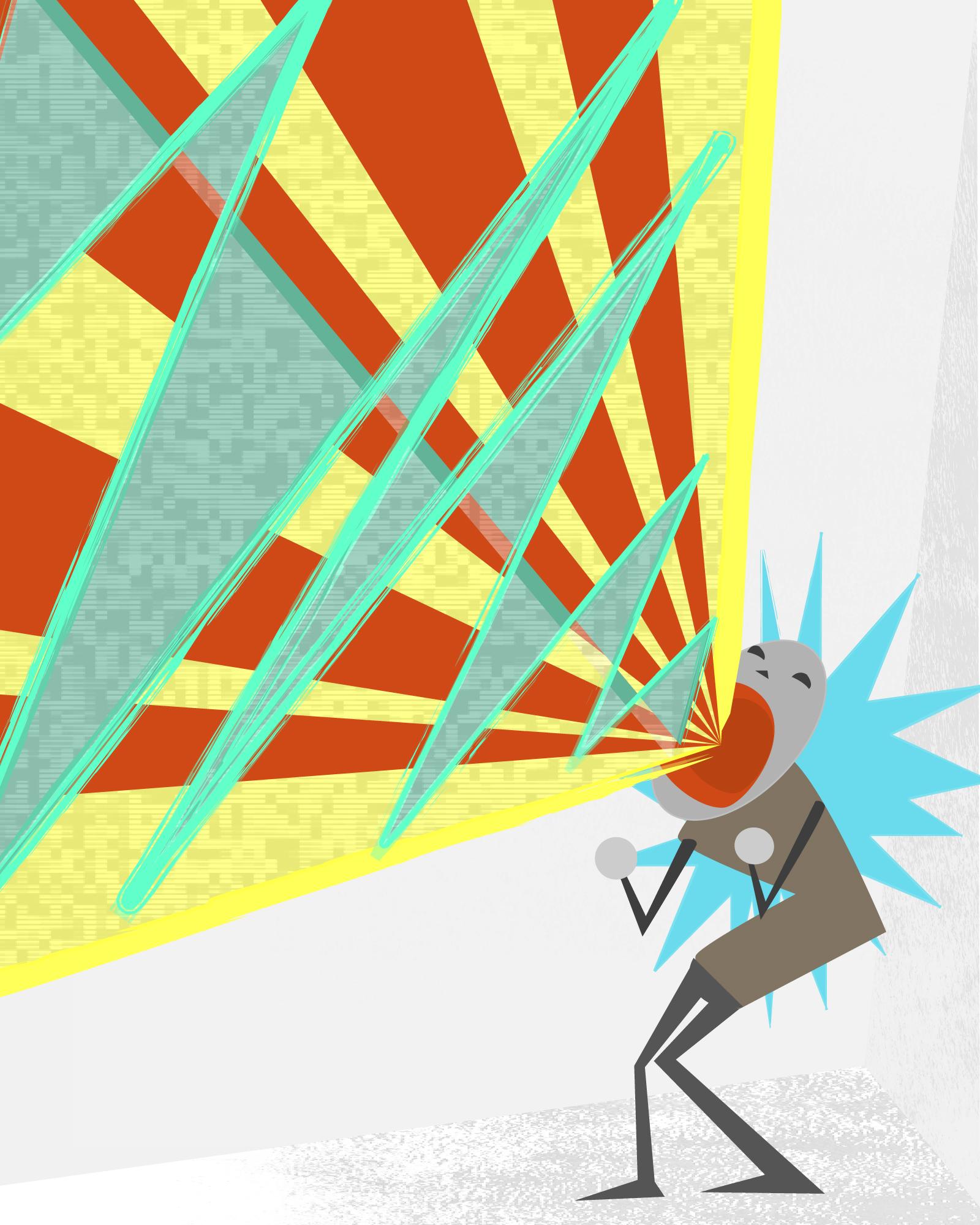 Not very happy with the final, but I think it was a good exercise for learning how to think about color and texture. Ultimatley, I'm not sure if the textures I used really do anything for the piece. I think I refer the solid color blocking of the previous iteration. If I had the time, I think I'd want to start all over again knowing what I know now in order to get a more refined execution.

But, as it is, I want to get started on my next project, designing a t-shirt for my rock climbing club. I'm going to give it a shot in illustator using what I learned in this class. Wish me luck! 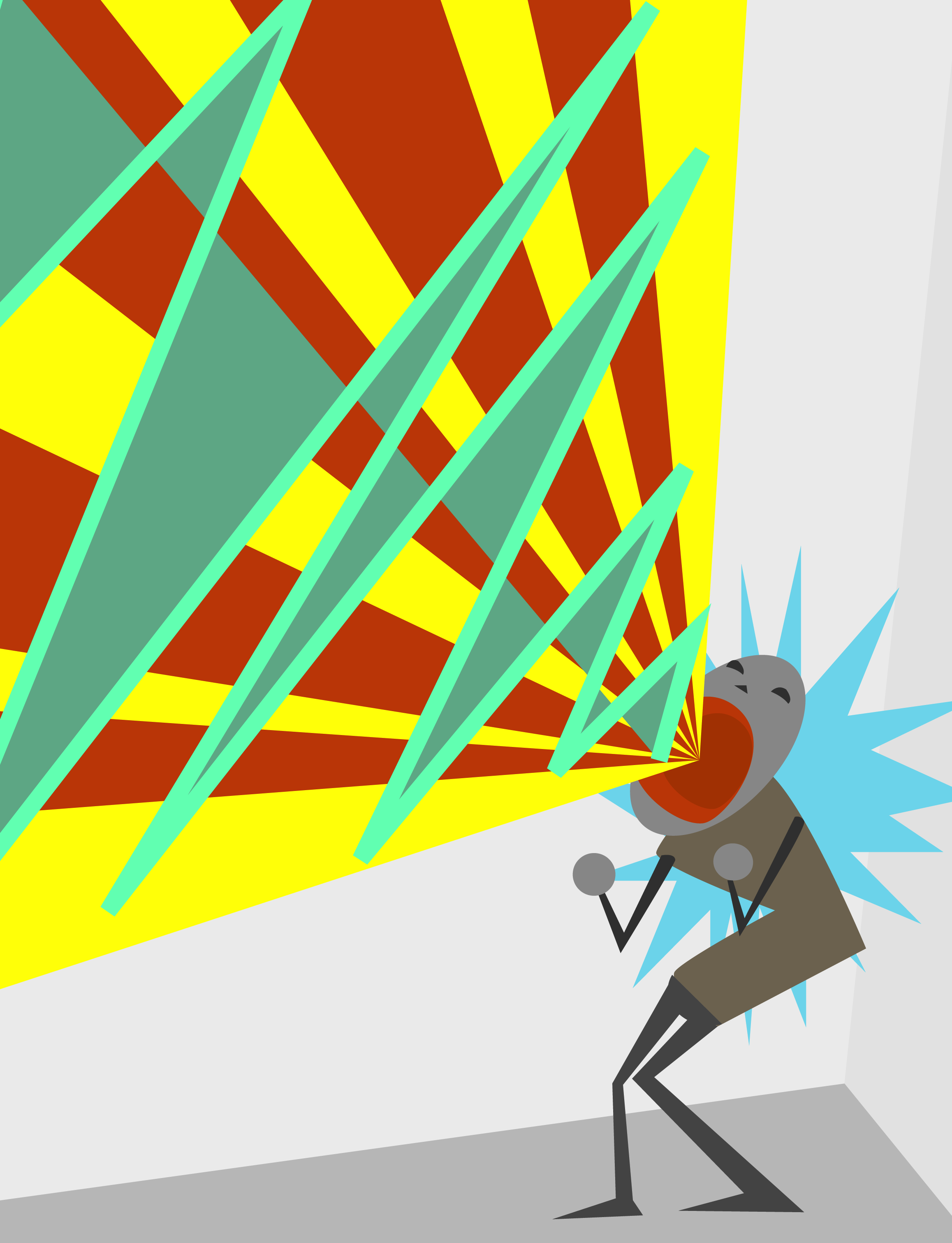 Some last minute color tweaks based on comments, before I start watching the new "Finishing Touches" lectures!

I put the "waveform" jagged-line thing back into the scream, which I had previously deleted from the B&W composition because I just couldn't handle that many colors! I had previously tried making it yellow or orange, but when I came back to it I just spun the color wheel completely around from the red I'd be using and found this really ugly green. I don't know. It looks better than anything else I tried, maybe I"ll come back to it?! I liked green thematically because it's the color typically associated with an actual wave form.

I removed the outline from the background wall panels and made them more asymetrical. I think that helps, but it's still way too much boring grey space. I want to save it with texture, hopefully the next lectures will inspire me! 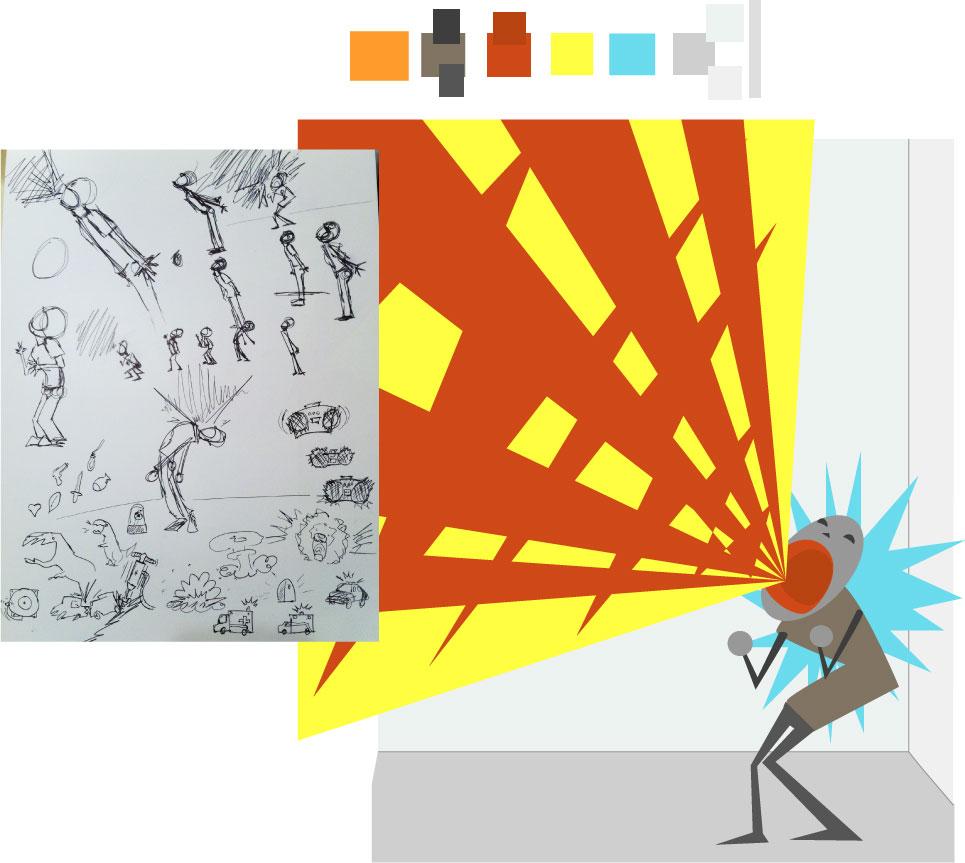 Changed my color pallet a bit and blocked out some colors. I feel this has a lot of room for improvement but I don't have any strong feelings as to what should be changed. My general issues:

The blue is the only really strong contrasting color with the yellow and orange, and I think the composistion feels empty without it, but I can't help but feel it doesn't really belong here.

The reason this guy and his scream exist in a cold white room is because screaming in an enclosed space seems so much louder and more abrasive than screaming in an open area. BUT: that background is so boring. Maybe too boring?

The guy is shades of grey so that the "sound burst" would offer a lot of constrast - it's not him that is powerful and loud, it's the SOUND that is leaving his mouth. But gosh it's just so dull looking, I'm not sure if it's worth having so much grey in this picture just for the sake of contrast.

I'm really hoping adding textures to this will help resolve some of these issues, and make the dull grey stuff a little more interesting to look at. 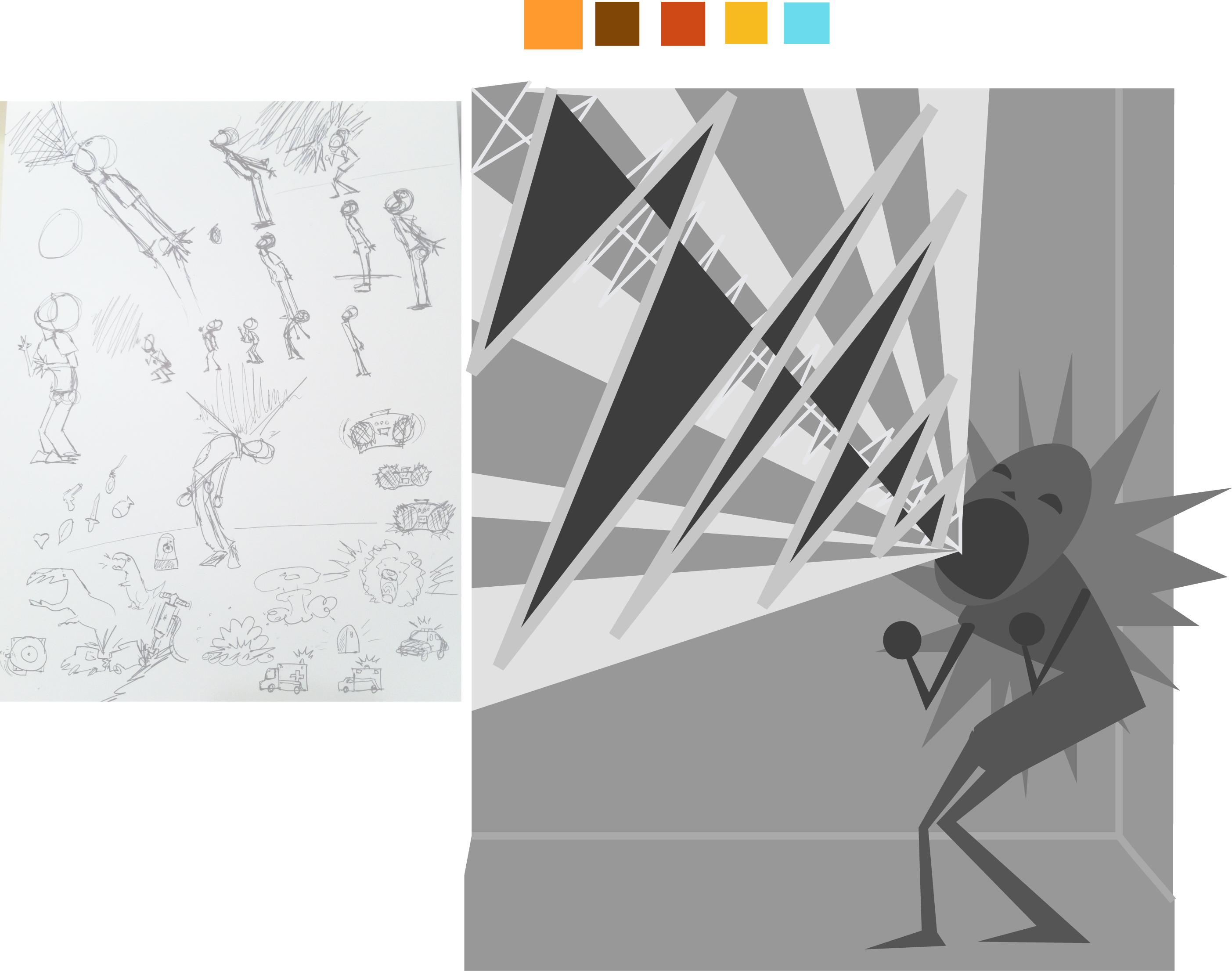 Well, it's coming along! I made my color pallete with the color guide as demonstrated in the lecture. Excited to try using it. I don't often work in illustrator, so it took me a while just to get all the shapes down. 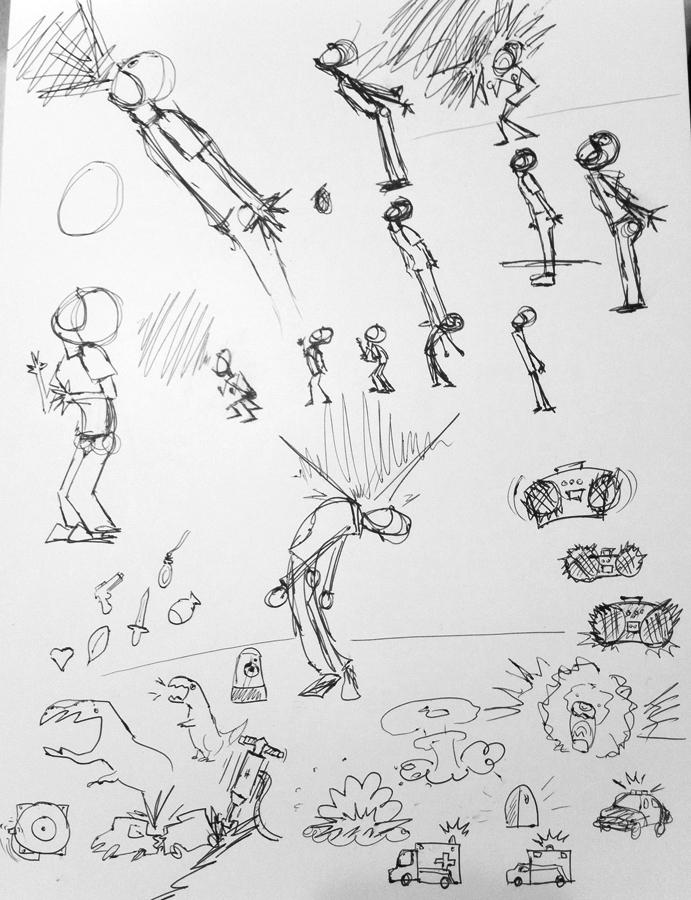