Goal: To swim in the ocean.

Conflict: Growing a tail upon entering the water

Emotion: A lot of fear and surprise

Thought: Trying to work out what is going on

Decision: Chloe rushes to the scene and gets between the strange figures

Action: Chloe forces the girls through a portal and stays behind

Today began a day unlike any other; well more like it was exactly the same. Cordelia, Alina and Raven were inseparable and like all days at exactly 6:30am they would meet at the pool for Alina to practice her beloved synchronised swimming and Cordelia would watch while Raven sat in the corner reading her books. At 7:30am they would take a walk back down to the beach as this is the time Cordelia’s skin begins to crack and today was no different. Raven swapped out her parasol for a beach umbrella and sat peacefully on a deck chair to continue her book as her sister Alina began building sandcastles enjoying the warmth of the sun beating down on her skin. Cordelia’s skin began to heal up as she placed her hand in a nearby rockpool to wish a good morning to the starfish that live there. She also made sure to wave hello to her mother as the small house they lived in was right on the edge of the beach. Strangely enough Alina began to see some storm clouds headed their way that didn’t feel natural. Today she was more excited than usual as it was her 16th birthday and as she saw her mother Chloe on the way down to join them she climbed atop some rocks and dove into the water.

This didn’t go as planned however. Every day her skin would heal and that would be enough but today on her birthday she lost her legs as they transformed into a crimson red tail with a small silver crown pattern at the bottom near her fins.

The storm rolled in fast and Alina and Raven helped Cordelia out of the water and dried her off, returning her legs as her mother saw everything. Some strange figures appeared out of nowhere almost like they came from the storm. They were wearing capes and masks with some kind of crow imprinted on it.

“Hand over the girl!!” one demanded.

“She’s not going anywhere with you!” yelled Alina throwing Raven’s book at them.

“The 3 Crows have been looking for the final sinner for a very long time. We must have her.” another yelled.

Cordelia was becoming scared at everything that was happening. She had just lost her legs and now these strange figures were after her. Her friends stood in front of her desperate to protect her. They had no idea what was going on but did they even have time to figure it out? Chloe rushed down in front of them brandishing a sword and pulling a strange bottle from her pocket and throwing it at a wall as it created a portal.

“You all must go. I will deal with them!!” Chloe shouted.

Alina and Raven grabbed Cordelia and pulled her towards the portal as the last thing she sees is her mother fighting. Why did it feel like she would never see her again?

(Is this too long for a scene? I have seen elsewhere that each chapter should be about 1,000 words but that seems difficult to do with the scene and sequel.) 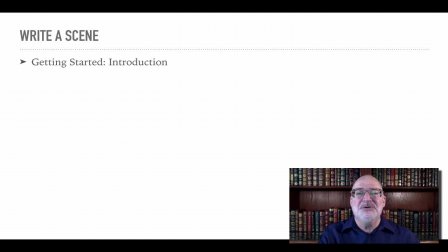