This sample project will give you an idea of how to complete the course assignment.

Start off by finding inspiration from characters you like, specifically characters with interesting poses or outline styles, as these elements will be particularly helpful for this assignment. You don't need to use these images outright in your own character -- we're just searching for ideas right now.

I was always inspired by the linework and rhythm of characters in game illustrations like Sonic Adventure and The World Ends With You, among others. Here's a sample idea board.

Now that you have some ideas floating around about different art styles, it's time to start thinking about your characters. You're to design a pair of (nearly) identical twins from a fantasy royal family. So, you'll basically create 2 characters who look exactly alike, except for 2 key differences:

A. One twin has bold contour lines, and the other does not.

B. The twins have different personalities, so this should be reflected in the pose you choose for each one. Don't just copy and paste the first twin and remove the outlines!

The first step is to decide on the stance for each character. Start with very loose gesture drawings to decide on the important line of action in each. Are they standing up straight, or are they bent over in fatigue? Are their arms spread apart? Are they leaping through the air? Try building the body and limbs with basic lines and shapes, and try to figure out a strong, convincing pose. Details will come later.

Remember that a good line of action is typically a single, sweeping line that unifies the character's torso and limbs, all contributing towards a common movement. Think about what sort of personality you can convey with your character's pose.

Your characters don't need to be 'human', by the way, but I'd recommend something a bit more complex than a blob. It's easier to get a good line of action when the character has some level of understandable anatomy.

Next, you're going to upload a sort of "building block" sketch for each twin's pose. Again, we're foregoing details for the basic rhythm and posture of the characters. Try to build the basic parts with squares, circles, and triangles to communicate the overall stance. If you're planning to draw a character in 3D perspective, establish a horizon line and build with cubes, spheres, and cones.

My first royal twin is a bit more assertive and fun-loving, and the second is more of a reserved, uptight type of character. You can see a bit of personality even without the formal details added on top. The dotted lines are guides to help me remember how different parts are arranged above or below the horizon line.

At this point, you have some brainstorming material, and you have poses for each twin. Now it's time to design them fully. Recall that the assignment is to create royal twins, so try to indicate this somehow in your final designs. It could be a crown or the manner of clothing they wear. And remember, the first twin has contour lines, while the second does not.

Upload your first design based on one of the poses you sketched out in the previous step, and be sure to include noticeable contour lines on the character. Here's my sample character. She seems like a fun person to be around, eh? I've also added a large, sweeping cape that follows the line created by the outstretched arm to further emphasize the movement. Plus, wearing a large cape seems like something a royal person would do... but I wouldn't know, personally.

The second twin will use more or less the same design -- same clothes, facial features, etc. -- so much of your design work is already done at this juncture. However, they will have no contour lines, and their pose will be based on the second sketch from your building block drawing -- they will have a different line of action. I'd also recommend trying a different facial expression to further offset the personalities of the twins.

Here's the other twin. She was born without contour lines, so she blends into the background a bit more; kind of  matches her personality in a way.  Notice how she wears her crown properly centered instead of at an angle like her sister. Much of her stance is restricted to rigid vertical lines, whereas the first twin's pose creates dynamic diagonals and curves in different places.

If you want, you can also show us a family photo with both twins next to each other. 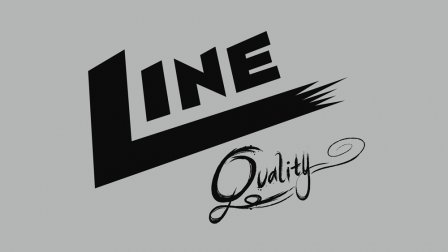