For this project, I wanted to combine some doodled, overlapping vines into my lettering, so I chose the word 'Life' to represent their growth :)

I used the standard lettering guide from the class to keep all of my letters similar and used the faux drop shadow effect from the powder lettering video to start it off:

Next, I doodled the vines on a layer between the two lettering layers, then created a layer on top of all the lettering for the overlaps:

I wanted to add a little sparkle, so below everything, I created layers using the additive lettering technique to add some glitter dots (the glitter is the free texture from the class):

To finish it off, I used the shadow effect from the dreamy lettering video to add a little gradient/extra depth to the bottoms of the letters:

I created a timelapse video of the whole piece, which is over on Instagram here :) 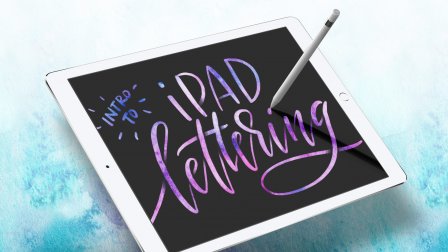