Egor, who had a history of depression and schizophrenia, and his wife Irina were eating in a restaurant. Egor was taking medication for his condition and was therefore not drinking alcohol. He was trying to reassure Irina who had received threatening letters from her ex-husband Alexey. All of a sudden, Alexey, who was very drunk, burst into the restaurant and stormed over to Egor and Irina’s table shouting: ‘You stole my wife! You must die!’ Egor was alarmed. He picked up the heavy water jug from the table and threw it at Alexey. It hit Alexey on the head and he fell to the floor, unconscious. The sight of Alexey lying on the floor enraged Egor as he remembered the letters Alexey had sent to Irina. He was also worried that Alexey might wake up and kill him. He repeatedly kicked Alexey who died of a fractured skull before an ambulance could be called.

Advise Egor whether he is able to rely on the defence of provocation.

The issue is whether Egor is able to rely on the defence of provocation, such that his likely murder conviction may be reduced to voluntary manslaughter.

It appears likely that there is sufficient evidence of provocation to meet the first requirement in section 3. In an extension of the common law defence of provocation (which did not recognise provocation by words), section 3 requires evidence that the person charged was provoked by things done or said. In this case, there is evidence of Alexey both doing and saying things that might be considered provocative; inter alia, Alexey displayed aggressive behaviour in the restaurant and accused Egor of ‘stealing’ his wife, Irina. The law does not require that the provocative act was deliberate or aimed at the victim (R v Davies (1975)), but the fact that it was nonetheless strengthens the likelihood of this being deemed provocative. That Alexey had sent threatening letters suggests that the provocation predates the restaurant incident; per R v Ahluhalia (1992), a judge could advise a jury that they may take into account Alexey’s actions over a period of time. It is not suggested here that Egor induced the provocation, but even if he did, the judge may still allow Egor the defence (R v Johnson (1989)). It is submitted that this is sufficient evidence of provocation for the issue to be put to the jury in this case (R v Acott (1997)).

It appears likely that the provocation caused Egor to lose control such that the second requirement in section 3 will be met. In R v Duffy (1949), Devlin J (as he then was) provided a common law definition of provocation: “Provocation is some act, or series of acts done ... which would cause in any reasonable person and actually causes in the accused, a sudden and temporary loss of self-control, rendering the accused so subject to passion as to make him or her for the moment not master of his or her mind.” This was affirmed by the Court of Appeal and – despite Duffy being ruled upon before the introduction of the Homicide Act 1957 – has been confirmed in countless cases since. In this case, it appears the Egor was provoked into such a state, at least at the time of rendering Alexey unconscious; he is described as being alarmed, which would imply a sudden shock, and he has reacted with an object that one can reasonably presume was closest to him – a water jug on the table. It is less clear whether Egor kicking Alexey in the head can also be described as ‘sudden and temporary’, because at this stage, time has passed between: Alexey falling to the floor; Egor getting up; Egor going over to Alexey; Egor thinking about the letters; Egor being concerned about his own safety if Alexey were to wake up; and then Egor deciding to eradicate that risk by kicking Alexey in the head repeatedly. This elapsing of time, apparent rumination over the letters and potential threat of violence from Alexey, and the decision to kick Alexey, may well indicate evidence of planning that will extinguish the sudden and temporary nature of the loss of control (R v Ibrams & Gregory (1982)). If a judge decides that this loss of control was not sudden and temporary, Egor is unlikely to be able to rely on the defence of provocation (R v Ahluwalia (1992); R v Thornton (1996)). Finally, it is worth considering at this point that the prosecution may argue that Egor’s decision and actions demonstrate murderous intent. Even if this is proved, it should be recalled that the loss of self control need not negate that murderous intent (R v Richens (1993)), and accordingly the defence may still be open to Egor.

It is inconclusive – at this stage – whether the third requirement in section 3 will be met. This final stipulation requires the jury to “take into account everything both done and said according to the effect, in their opinion, it would have on a reasonable man”. Historically, this requirement has proven controversial, especially when it comes to mental characteristics (possessed by the defendant) to be attributed to the reasonable man (see, e.g. DPP v Camplin (1978), R v Newell (1980), and the Privy Council decision (persuasive but not binding) in Luc Thiet Thuan (1997)). While the characteristics of excessive jealousy and possessiveness can – and indeed should – be taken into account by the jury (R v Weller (2003)), it is submitted that this would not be conclusive as to whether a reasonable man would have acted the same as Egor. A reasonable man without any other medical/mental conditions is unlikely to have acted the same way, especially in relation to the kicking that ultimately killed Alexey, but Egor has a ‘history of depression and schizophrenia’ and he is taking medication, albeit it is unclear on the facts what that medication is and whether it might have induced him to lose control in this manner. It is submitted that the counsel in this case would seek to rely on expert evidence to support – one way or the other – the role that Egor’s history of mental challenges and medication played in the attack against Alexey. Accordingly, at this stage, it seems that Egor would be unable to fulfil the requirement in section 3.

The requirements of section 3 are cumulative, and on account of there being some uncertainty in respect of section 2 and considerable uncertainty in respect of requirement 3, it appears that Egor will be unable to avail the defence of provocation (which in any case is a partial defence), thus he likely stands open to the charge of murder and, if found guilty, may face the statutory life sentence.

Excited to be teaching on Skillshare! 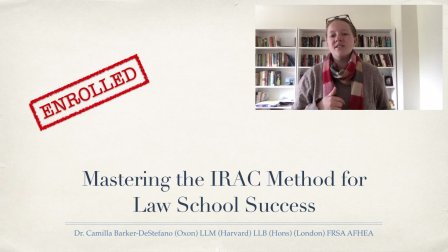