This is a character that I have been working with for nearly a year. I had a story that I originally wrote a whole story her, but I was trying to make her story mine own, and I scraped that entire thing. After a three month break, I couldn’t get her out of my head and decided to write a new story for her. From there I managed to create a story of a group of friend who is just starting out in college. I started to write with my girl Sam as the lead, but it turns out her friends aren’t going to take a supporting role so that my new concept of all of them being “main characters” was born. With this being some of my first writings, that is a big fish to fry, but I love Sam and want to give her the life she deserves. I have a lot of other concepts that I wide about because the difficulty can get frustrating and I need breaks. I was going to try to use another character for this, but I can never get Sam out of my head. So here it goes.

Using the three-point method is hard on Sam. She never seizes to stray far away from someone putting her in any sort of category, so wish me good luck. Likability is a hard one. She is sarcastic, rude, and sometimes very irritable. But when someone gets past that, she is very likable. Her friends find her hard to deal with, but in the end, they love her grumpiness. Even though her friends she finds like her, I still keep likeability low, because she doesn’t love herself, and it's hard for outside people to like her. She only sees her flaws and finds it hard to believe she even made friends. Competency again kind of hard. One of the main conflicts in the story is just trying to balance life and school, and health. For anyone who has gone to college, you know that its impossible and we all feel incompetent. For this reason, her competency is low. Not because she is dumb, she is actually average intelligence. She just sucks at taking care of herself mentally, which surprisingly makes her, her own worst enemy ( but more on that later). Lastly, we have activity. Sam is a manic depressant. For anyone who may have it or knows someone who has it, you know that when they have an episode, it can be a wild ride. So her activity is high, too high. In order to make her the “perfect” (god I hate that word for her, and Sam literally rolled her eyes as I typed it. Even though it's in quotes!) She needs to learn to love herself and take care of herself. This will help her learn to calm down and hopefully lower her activity while raising the others.

It hard to write about Sam now that I have given her a fantastic group of friends around her so, I will introduce you to them briefly. Starting with her two girl-best friends, Adrianna and Lucy. I wouldn’t consider them polar opposites, but they balance each other out REALLY well. Lucy is a quite sweetheart who is amazingly talented at art. Adrianna is fiery, sexy and also speaks her mind something that her friend sometimes struggle with. She is also insanely intelligent. Like crazy smart, that I  am probably going to have to do serious research to understand what she wants to say. Next are Sam’s three guy friends, Nate, Jay, and Dom. Nathan is a football player at the college that he attends and is a typical jock, which Sam never lets him forget. She is always teasing him, and he portends to hate it, but he loves it (wink, wink, romance alert). Jason is a class clown through and through. He is loud and obnoxious and sometimes won’t shut up. And by sometimes, I mean all the time. His biggest flaw is his girlfriend from home. He is so dedicated to her sometimes is affects his friendships. Last but definitely not least, Dominic. He is the “straightest gay guy ever”, at least that’s what Jay says ( not very 2019 of you, Jay). But really, he loves to work out, play video games and have a good time. He is very chill and is always there to help his friends no matter what. You can say him and Adrianna are the closest, but that’s just because they love to party together.

Okay now that I got that out of the way finally my villain. This story’s villains are different for each of the characters. For Sam, she is going against some people here and there. Mostly her mom who sees her more as a burden than a daughter, but that just is a conflict she chooses to ignore, for now. For this part of her life, she is her own villain; She is constantly fighting herself to become a better person. Yes external conflict helps her grow, and her friend helps her too, but she is always setting herself backward.

Congratulations! You made it through my excessive rambling, good job. I hope you like my concept. I forgot to mention it’s a Dramedy and a tv series. Any and all feedback would help so much. I know I have gone into a lot of detail, especially on the other characters because they are so much more than what I describe them as. I guess this story means a lot to me and I want to make it “perfect”. 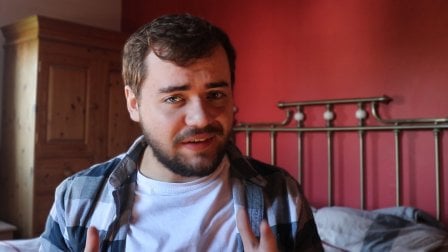