I know I should have done this with the other drawing, but I decided to make my own illustration. It's still a box, but a instead of a plane it became a sailing boat.

I liked the explanation of the washes and used it to create this illustration. I like to work with less harsh line work and drew the ink lines at the end.

A great tutorial and I think it's suitable for loads of illustration projects.

And my final project 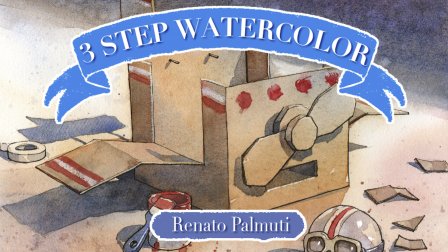