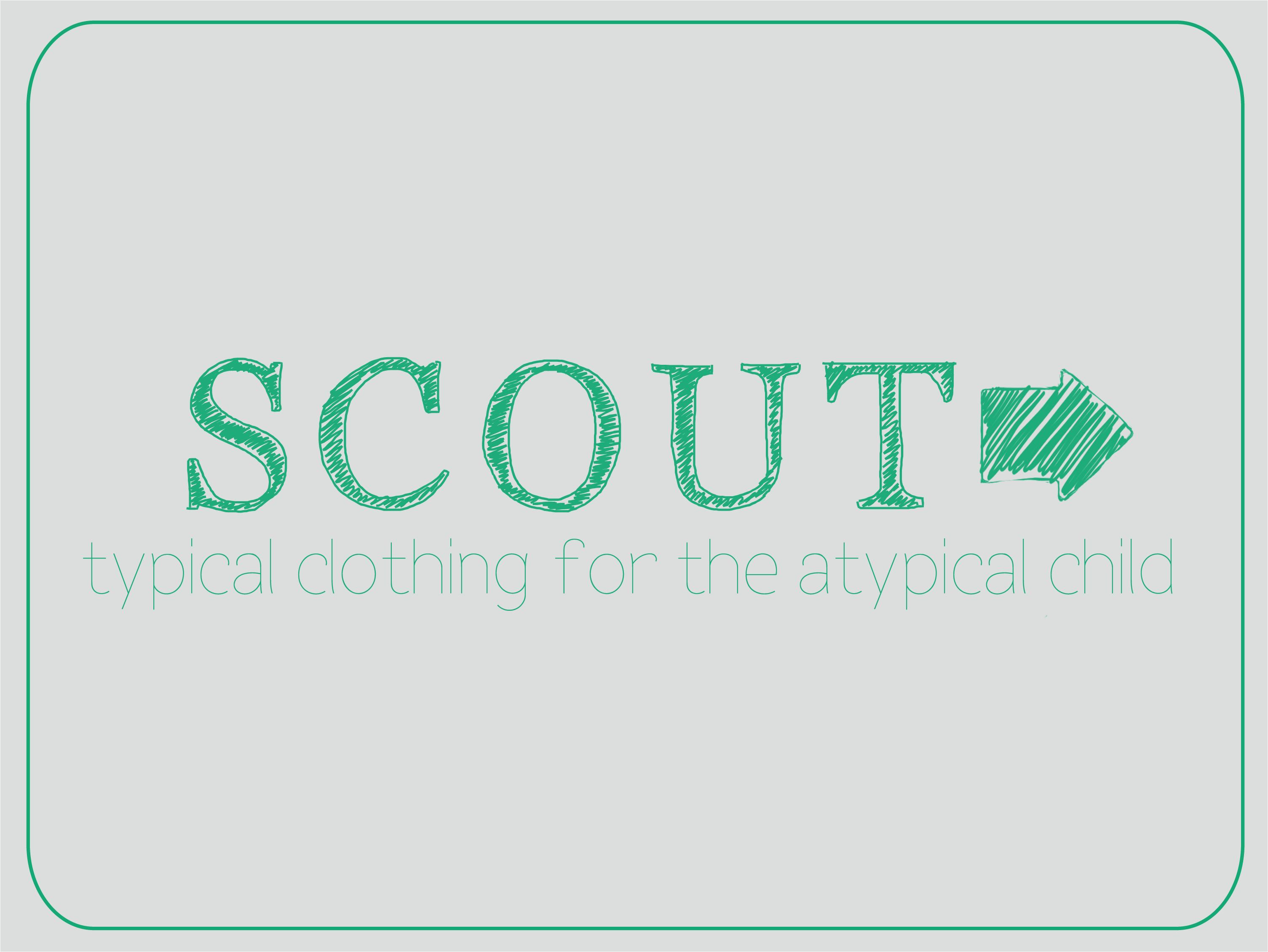 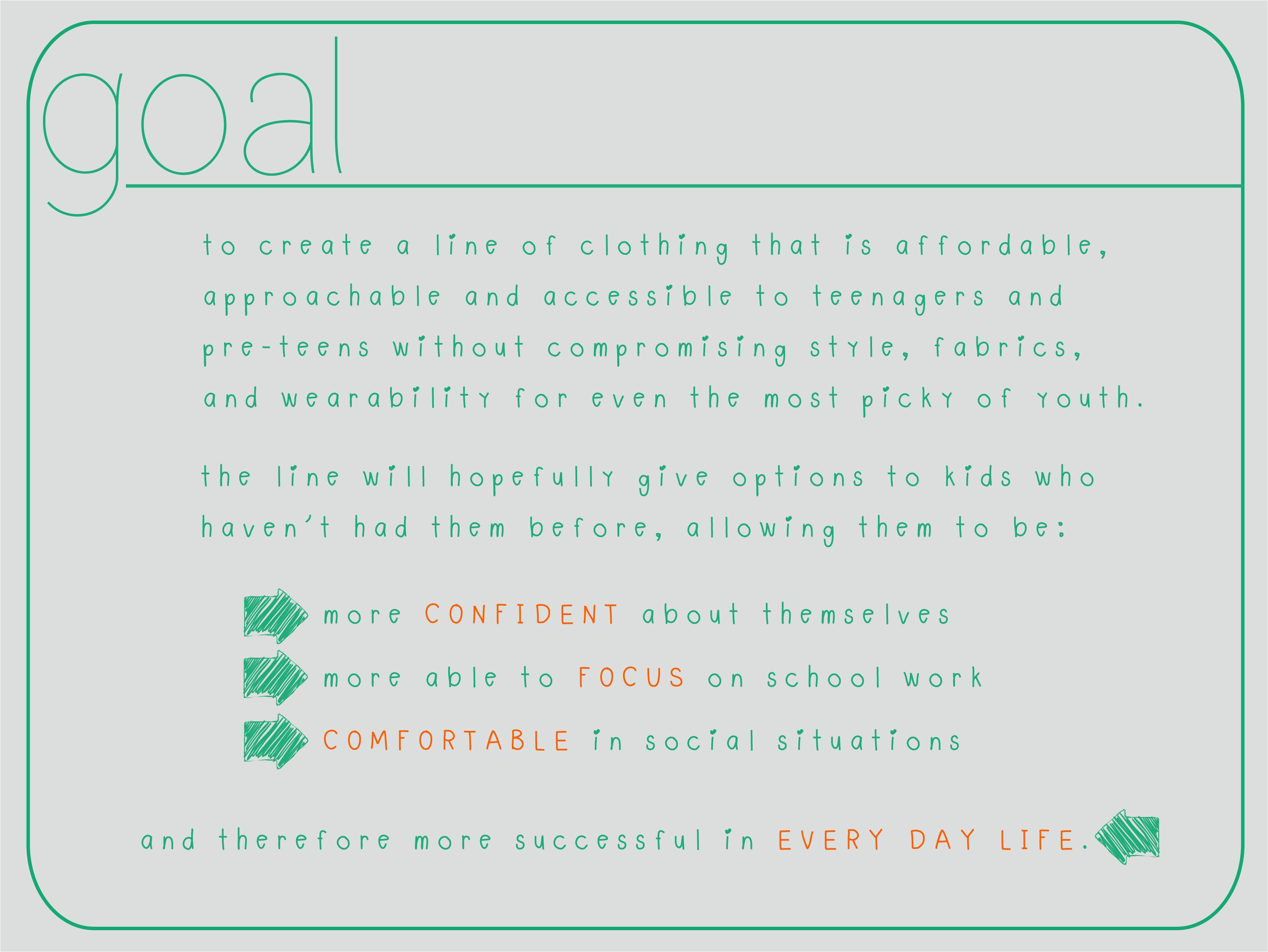 I'm working on a clothing line for older children (pre-teen and up) with sensory issues. This is a wide spectrum, including kids who simply aren't comfortable in jeans, all the way to children who have issues wearing more than one or two "choice" items of clothing. They resort to wearing clothing that often doesn't fit properly and makes them stand out from their peers - either because they're not wearing what the other kids are wearing, or because they're wearing things poorly and look disheveled. With all the resources at our fingertips in this day, it shouldn't be so difficult to find clothing that kids like this will wear, without sacrificing fashionability as well.

I've run into a lot of issues with this company because I'm unsure where, exactly, I need to begin. My background is in fashion design, so in that aspect, I'm pretty covered - but even then, there's a TON of things I don't know or understand. My design degree was more that - design - than actual marketing or production, and after graduation, I've mostly focused on costume design, which doesn't at all breach the same requirements as starting a line.

I have a lot of designs, but I've categorized them into three groups - a basics line (less expensive), a fall line, and a spring line. Since then, I've been working on developing creative ways to make clothing like jeans & collared shirts (the most common complaints) more readily accessible. I'm looking at a couple industrial designer friends, as well as myself, to come up with ideas for alternative closures instead of things like zippers and buttons, which are bulky and uncomfortable.

So it's basically like I'm trying to go down three roads at once - a design road (creating fashionable clothing teens will want to wear), a wearable road (creative ways to make these clothes comfortable) and the business aspect - finding factories and companies willing to work with my odd requests. I have ONE of those roads semi-covered... a bit late to the game, but I'm hoping this class will help keep me focused and give me a direction for the other two.

Okay, well I have a TON of technical illustrations done for individual clothing, though I have not figured out yet exactly the specs I will need for each individual item (I guess that's the next step?) 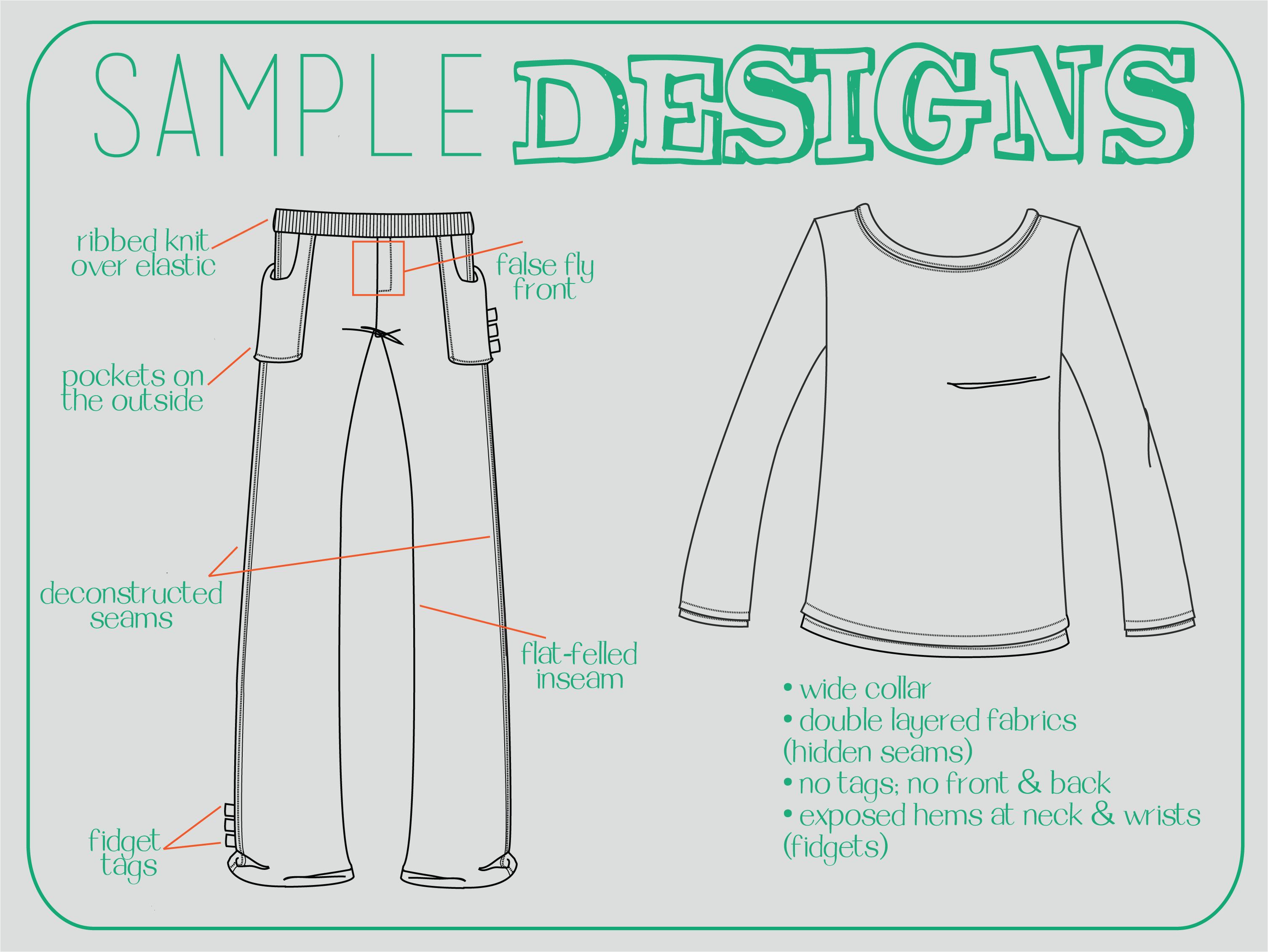 Mostly I'm concerned because the materials for this are going to be crucial. Because the kids I'm looking at are very sensitive to things like fabric and texture, I can't use sample fabrics that aren't going to ALSO be the final fabrics. (For example, it would be awful if I had sample fabrics that my study group responded well to, but the final product was different and then no one bought it...)

Are there factories that are willing to work like this? Being able to use a fabric/materials from beginning to end, with a commitment on continuing production on it?

I think I also need to look into factories that will give me a swatch book of fabrics beforehand. I can't even completely say colour isn't as important, because while the colour ITSELF isn't really important at this stage, some dyes influence fabrics differently than others do and that could change the texture/softness of the material (jersey knit, for example, is very influenced by dyes).

• a consistent run on fabric/dye decisions (for an agreed on amount of time or however it work work best to arrange this)
• willingness to work outside the typical boundaries of clothing assembly (IE additional steps on seaming)
• strong communcation history. whether it's through an agent or them directly, it's important for me to be able to get information back and forth when needed.