I'm very excited to present the final draft of this t-shirt! A few friends of mine, including Ruth herself, really preferred the loop design over any of the other versions. I preferred it, too, but I was stuck for awhile on the inside of the loop. The bottom right-hand corner felt like it was missing something. I was looking to balance it out, so I added a small section of rails. Somehow, I came up with the sub-headline "Rocking the Rails since 2007", which was the year Ruth was first diagnosed with Schleroderma. I think it's a really great addition to the design, and I can't wait to see it on a t-shirt. 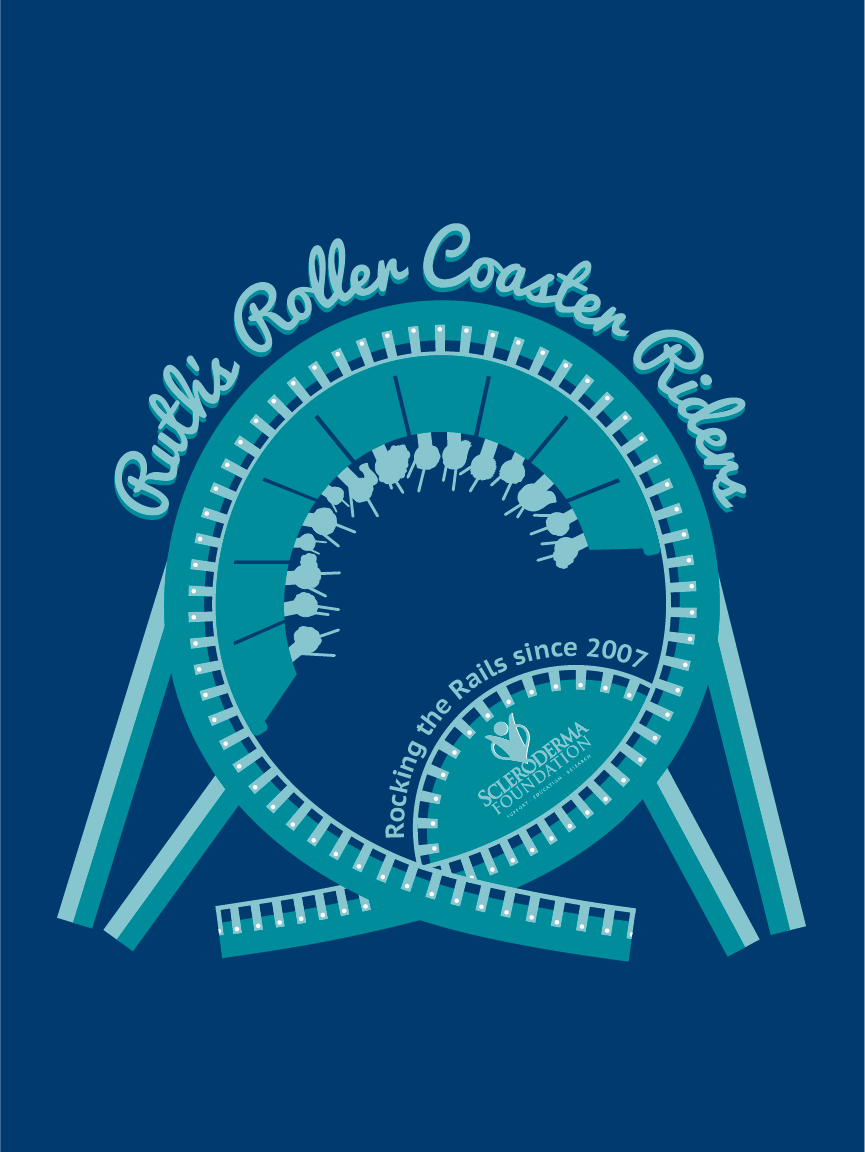 Draft 2.1: draft 1 edited. This one's a simplified version of the first draft. Everything's all in one line, which was a complaint I heard in the first review. Someone mentioned putting in carts to carry the text in. I'm still thinking on whether I like that idea or not, and am contemplating how I'll do it. I'm hoping the text now looks much better, though, than it did before. I need to add the secondary line, still, too. I like the scaffolding effect with the dots and all, but there's still something missing. It's still really flat and I'm not sure how to fix that. It seems very plain... 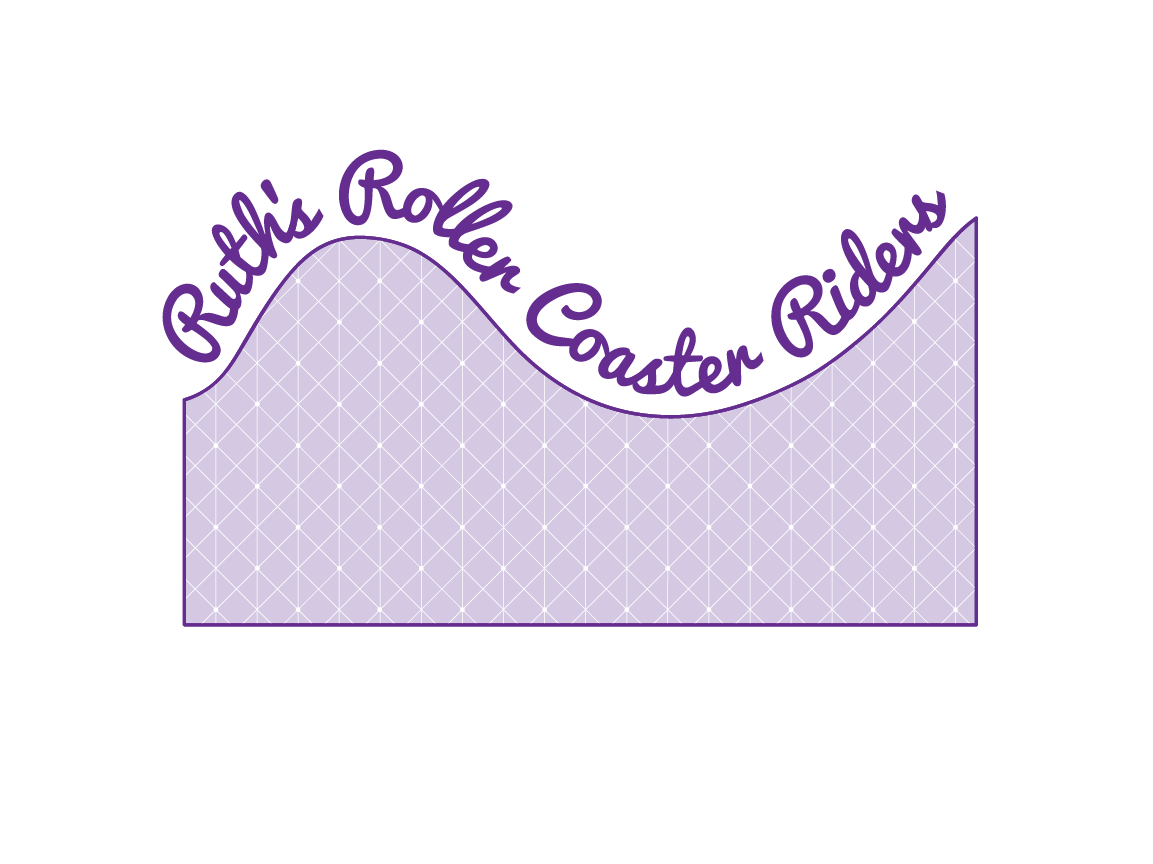 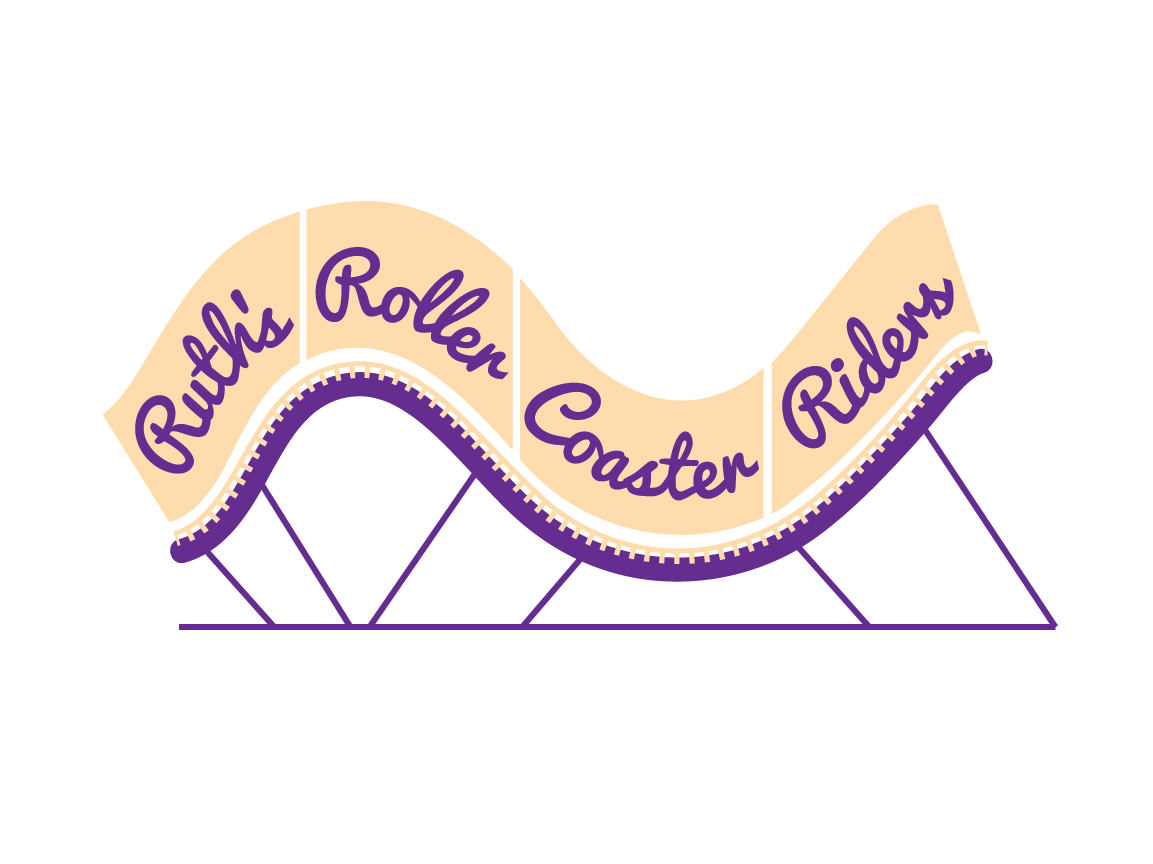 DRAFT 2.2, new idea. I think this may be my favorite so far because the space is defined well and there's ample room for detail. I can't figure out what to do with the secondary text in the bottom of the loop, though. The secondary font isn't working out, so I'm going to try and find a new one. I'm going to edit the characters in the roller carts, and I'm wondering if I need any more detail in the coaster rails/carts (aside from clearing up the confusion of background/foreground at the bottom of the loop). I'm not attached to the colors; I want them to be bright, but these are just placeholders, really. I', not sure I can do a 4-color t-shirt, price-wise. 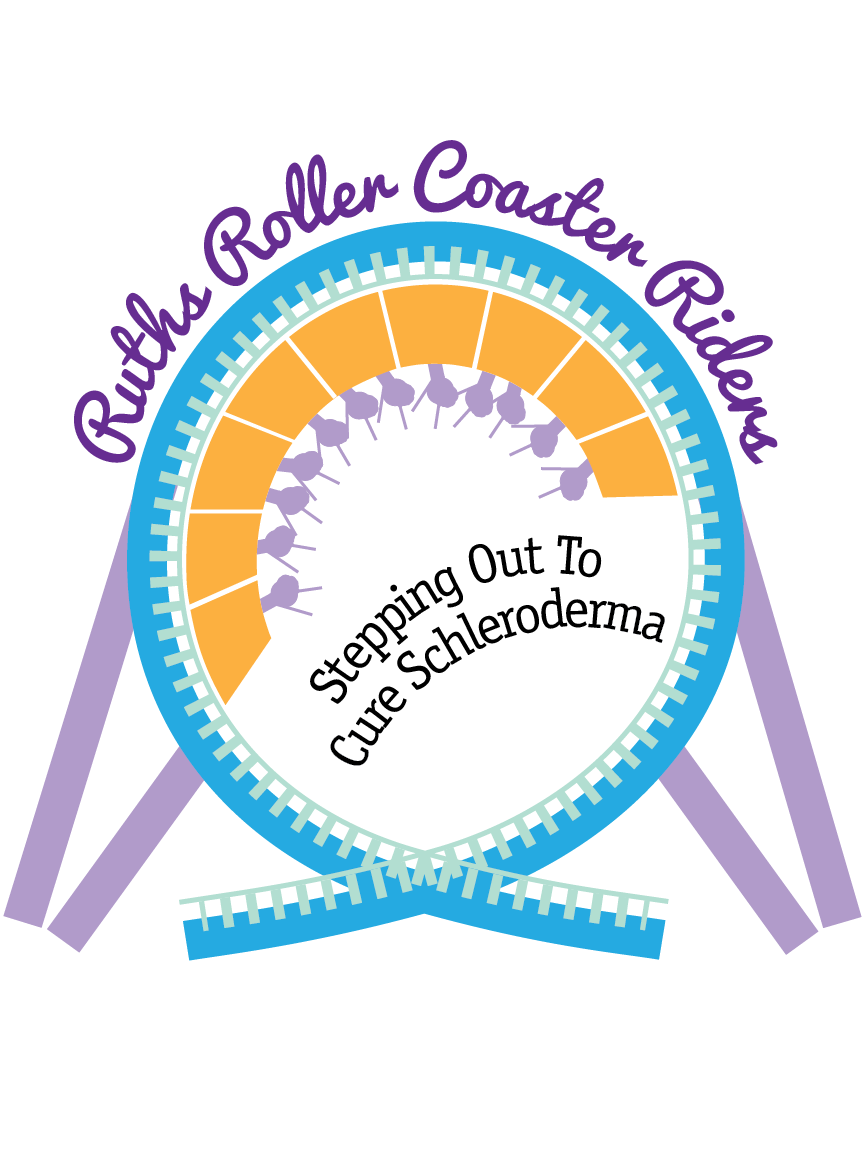 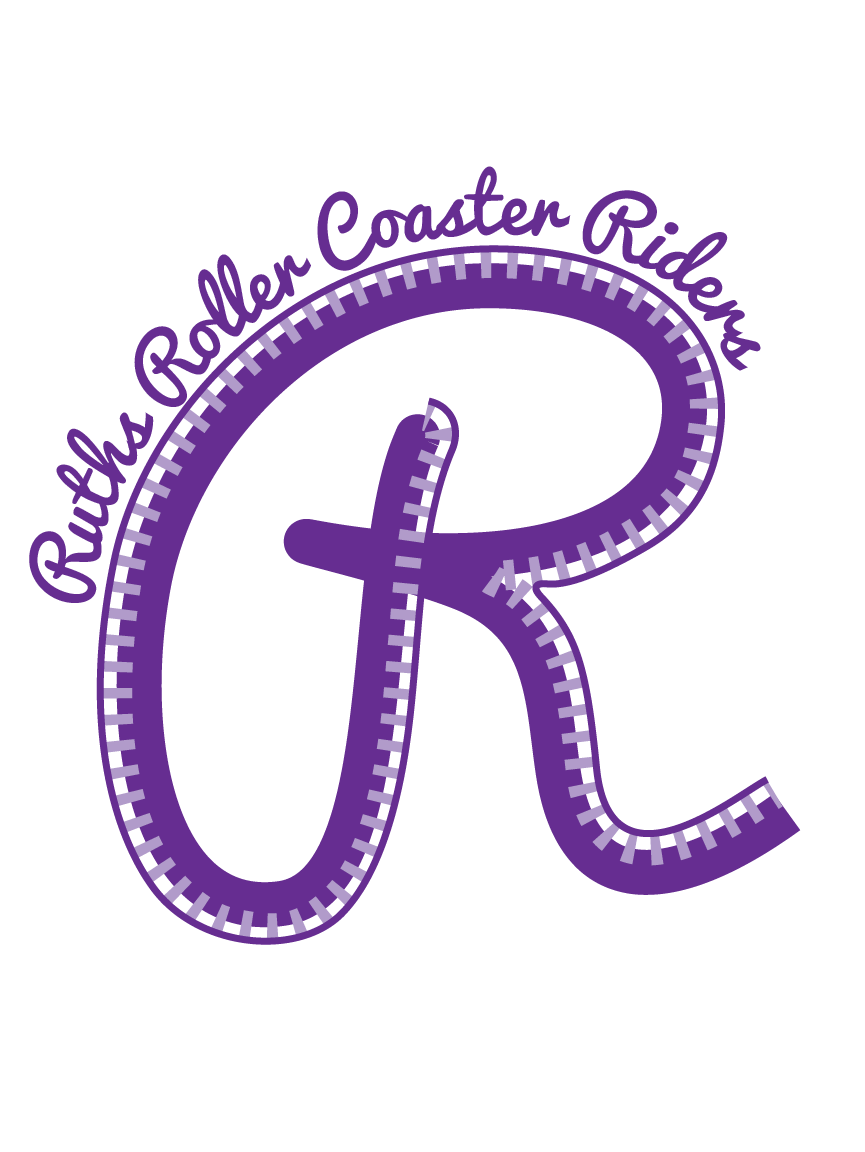 FIRST DRAFT with some color/contrast. 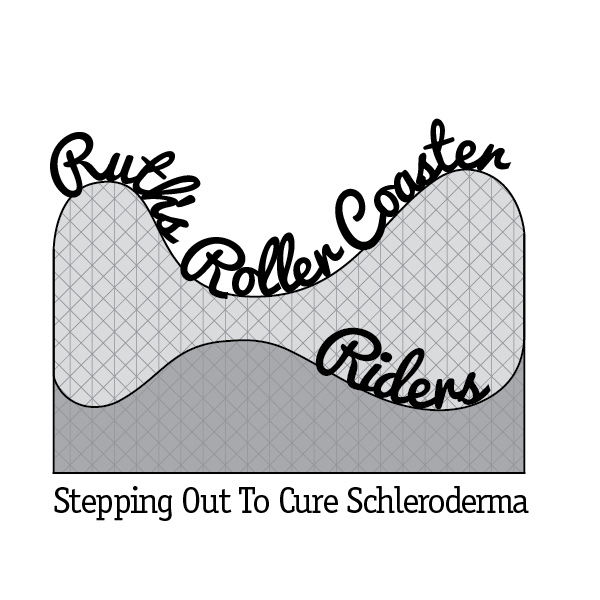 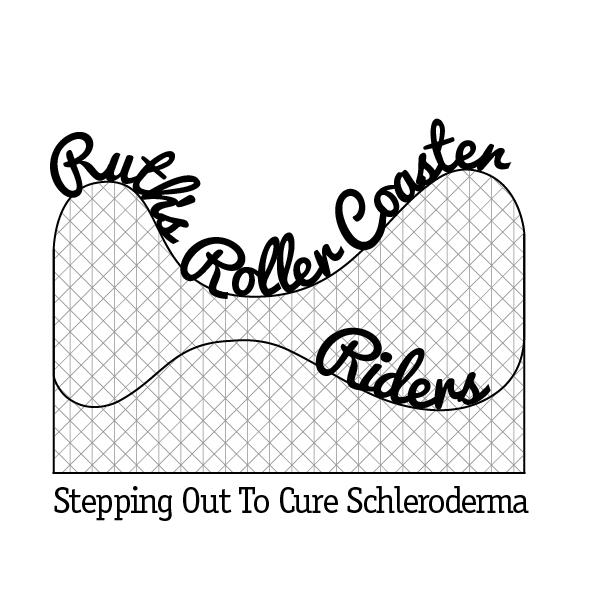 Ruth is my boyfriend's mom. A few years ago, she was diagnosed with Schleroderma, a chronic auto immune skin hardening disease, but is now thankfully in remission for 4+ years. We now walk every year to raise money for the Schleroderma foundation: "Stepping up out to cure schleroderma". Ruth came up with  the name of this project, "Ruth's Roller Coaster Rider's" because she said there are so many ups and downs in dealing with the disease.

She (and her family) is a humorous lady, and rarely takes things too seriously, so I'd like the tone of this t-shirt to be fun. I'm still researching brand style, and haven't even thought about color yet (though Ruth loves the Ravens and Baltimore is a purple town.)