Thank you for the class!

For my project I chose a roe deer because I always admired these gracious animals. Lithuania - even though a small country - is still a widely forested country. Often as I traveled or hiked in Lithuania, I would see deer in flocks roaming peacefully next to the woods, in forest clearances, flowery meadows etc. If you live outside the city, sometimes they even come to your yard.

During my university years I lived in a student dormitory next to an old unused aerodrome. It was so old, that parts of it were already overgrown with grass and small bushes. Sometimes in the evening or early morning I would also see deer there in that aerodrome. We'd always recognize them first by their white buttocks almost glowing in the dusk. :D

They are not shy or fearful animals, but cautious. So if instead of just staying there in the moment and peacefully observing them we would rather move, wanting to take a picture or come closer, they would hush and run away, jumping gracefully, almost flying into the distance, you'd think.

I don't have a printer, so I traced pictures while holding a printer paper on my computer screen. Made a few sketches, but I also chose one where the deer looks almost straight. There are still places on the deer's face where I am not so sure how the shapes and lines work (for example the nose), but I spent almost two hours for this sketch, so finally I just told myself to leave it as is. Anyway, I find this technique of tracing pictures or highlighting shapes on them very educational, I can feel how it helps me loosen my hand (like you mentioned in the class), understand objects or animals better and also - this I find the most important - gain confidence in myself and me making art. :)

I traced the sketch from the printer paper on to the actual sheet by sticking both of them on the window and using it as a light table.

This is the reference photo. Roe deer are pure beauties!

This is the final sketch. I didn't add many details, just those hearts, but maybe I'll add something more before coloring it. 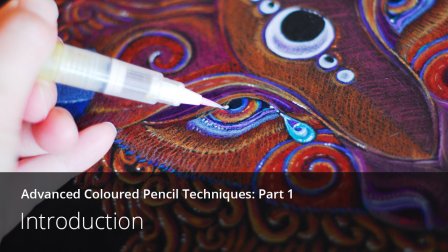