I've been working on my toy for the last few months, so when this class came along I figured it'd be the perfect opportunity to get some feedback on it from Paul and the rest of the skillshare community. I still have a lot of work left to do for it but here's what I've done so far:

I like to make things. Besides my full time job as a graphic designer I also run the clothing line ROCKHART on the side. Rockhart is a fashion-forward line that ties rock and classic video game culture together. And while I've mostly done apparel I'm slowly starting to branch out into belts, shot glasses, jewelry, and... toys! I think art toys would be a fantastic fit for Rockhart.

Just a few of the sketches I did for the Rockade. I settled on the arcade because it offered the greatest array of options. I could do custom art for the screen, marquee, and sides. not to mention the amount of colors for the cabinet itself. Also the arms will be able to rotate and maybe swap out with new gestures & accessories!

I took those sketches into the computer. I've never done 3D modeling before so this part took a loooong time. I got pretty much everything the way I wanted it except for the arms so right now I'm looking for a 3D modeler to help me out with the final bits. 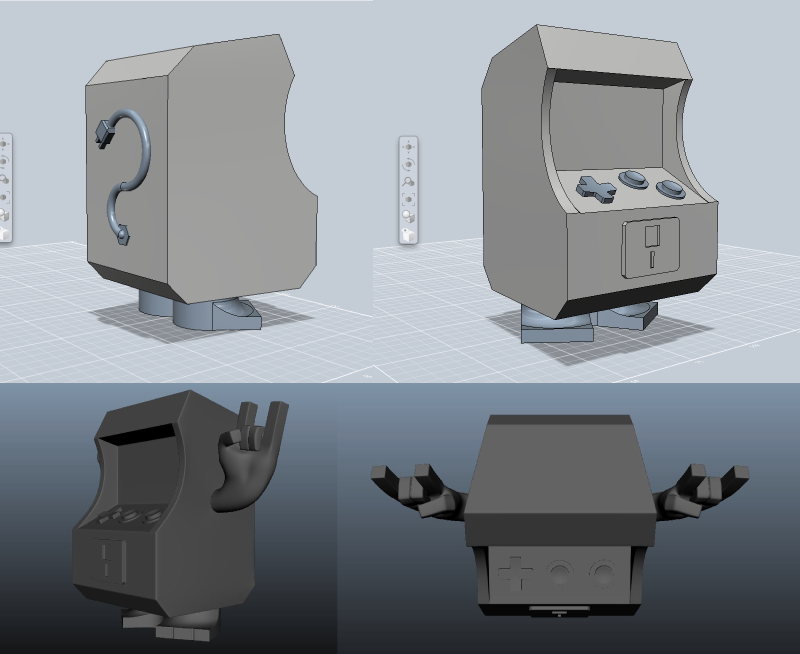 Even though the arms weren't done yet I wanted to see my creation in real life! So I 3D printed and resin casted a few rough toys! This was also a great way to learn how to resin cast, which is a ton of fun (but as I'm learning it takes a lot of practice to do correctly). 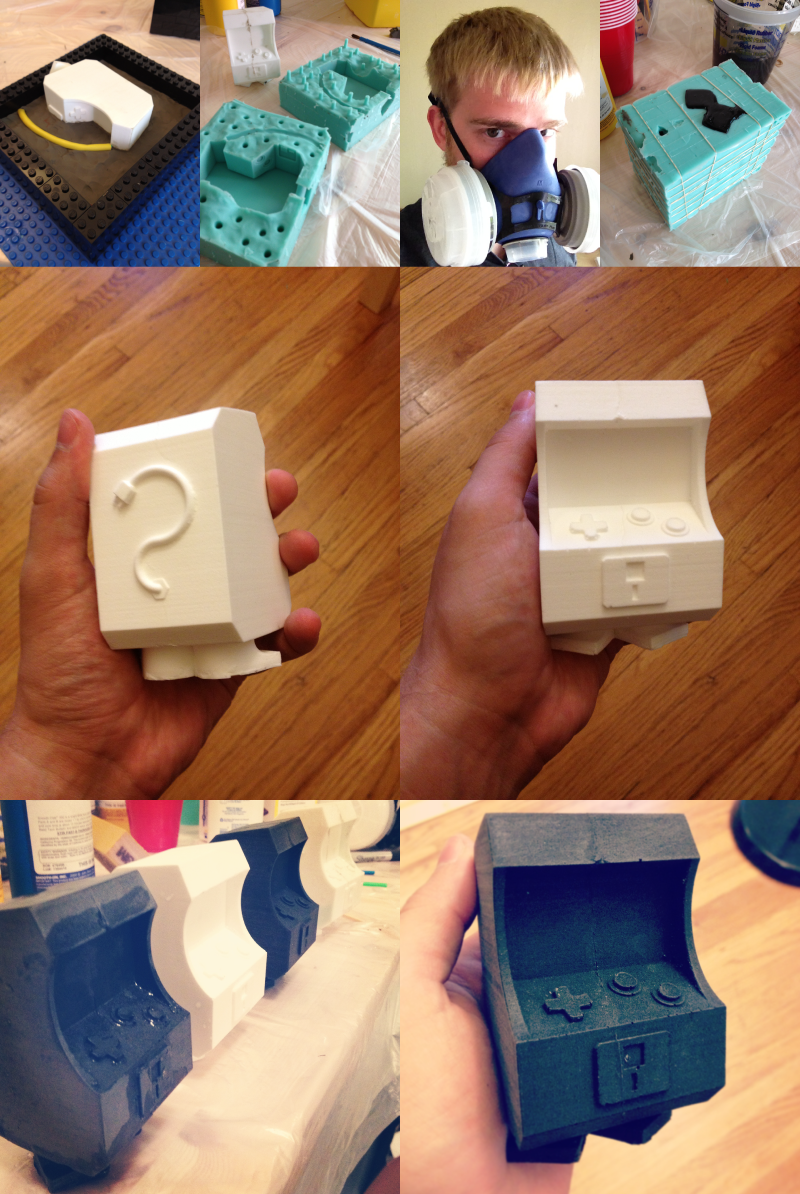 So this is where I'm at right now. My goals for this class are to create a control drawing that I can hand off to a 3D modeler to finish the hands and to come up with at least 2 diferent skins that further cement the rock/video game idea of my toy and my brand.

I'd love to hear any and all feedback!

Thanks to everyone for the great feedback! I've just finished(?) the technical drawing and I'm almost ready to move onto the custom art stage. I did try a lot of everyone's suggestions but I ultimatly liked the contrast of the rigid arcade with the more organic hands and tail. I did bow the TV (Thanks Randy) and make the back come in at more of an angle which I think helps a ton. 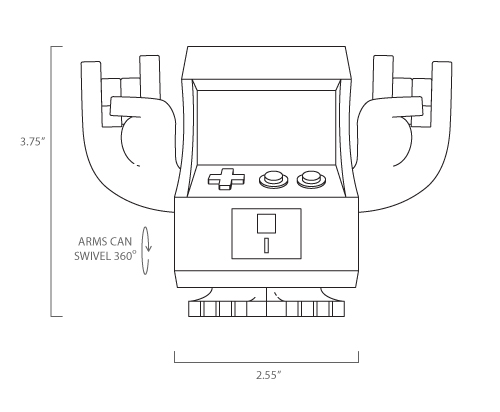 Still working on the art for the toy but I've been playing around with some colors just for fun. Including some more halloween-y ones since it's that time of year. 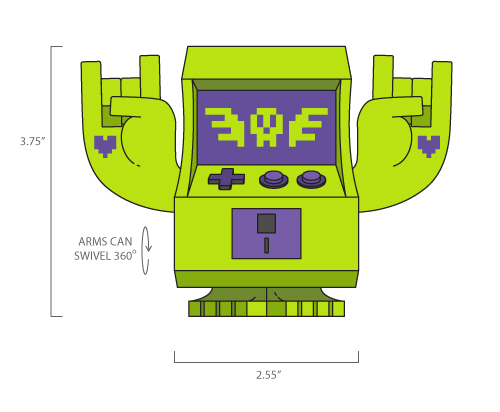 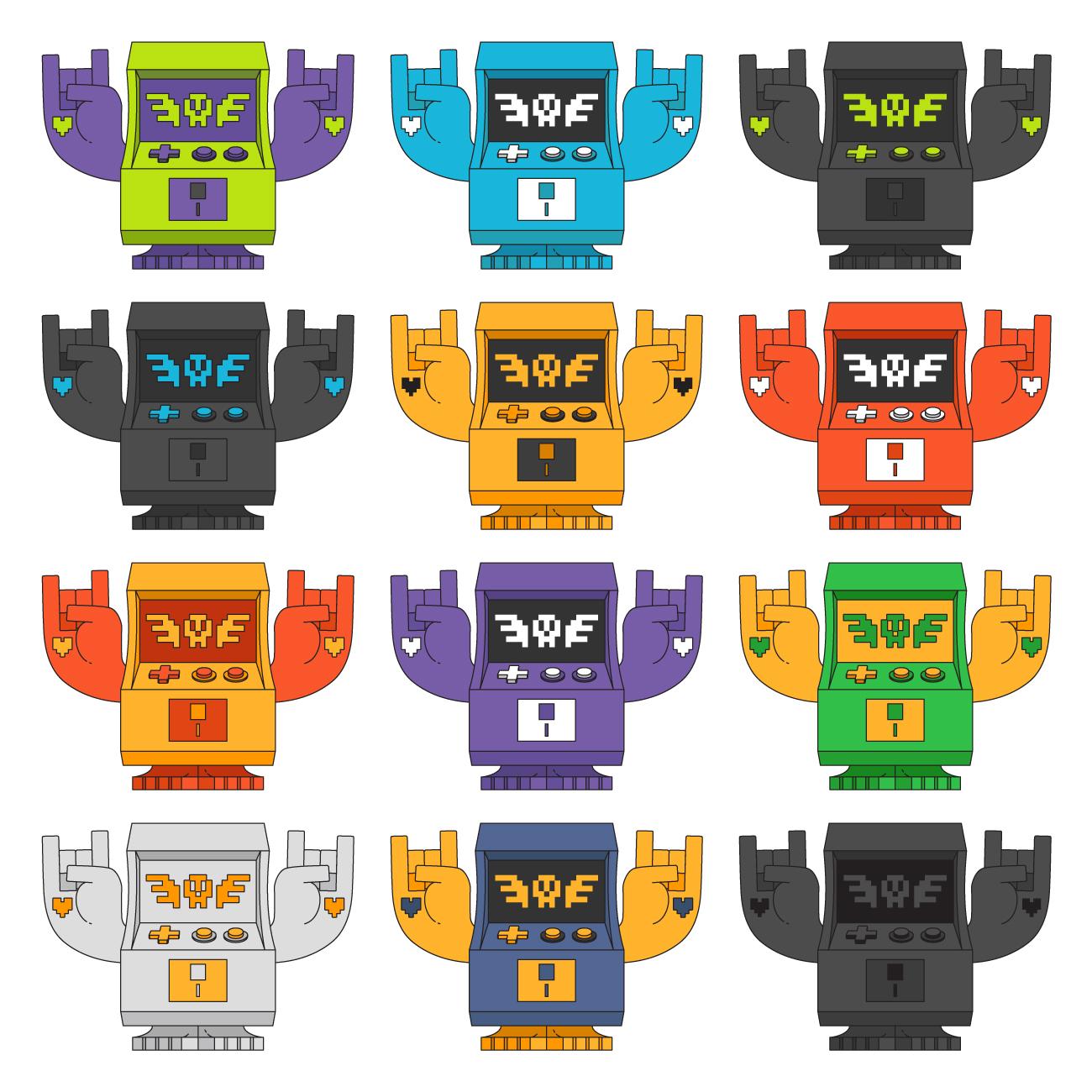 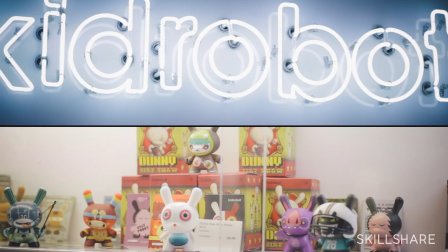