Using information from Data Set #2, I plan to plot the states most frequently hit by a hurricane using a graphic of that state's most recognized icon - a building, or symbol that represents that area. Then, by extruding the states from the main map in a 3d style, I'll indicate the frequency of each category of hurricane by layers of dirt.

I'd then like to plot the number of deaths caused by hurricanes for the last century on a timeline, using RIP stones in varying sizes to represent the scale of deaths.

This is a rough sketch of the map I plan to draw and colour in Illustrator so that it's vectorized.

The dirt layers represent the percentage of each category. The timeline along the bottom will be a grassy field with tombstones in it representing the number of deaths each year. I'm trying to think how to simplify that (only include important years?) or whether to have it on there at all. I just like the inclusion of the number of deaths resulting from hurricanes each year.

Altered the angle of the map to show more of SC (thanks for the feedback regarding this, everyone!) and redid the tombstones to represent average deaths for each decade. 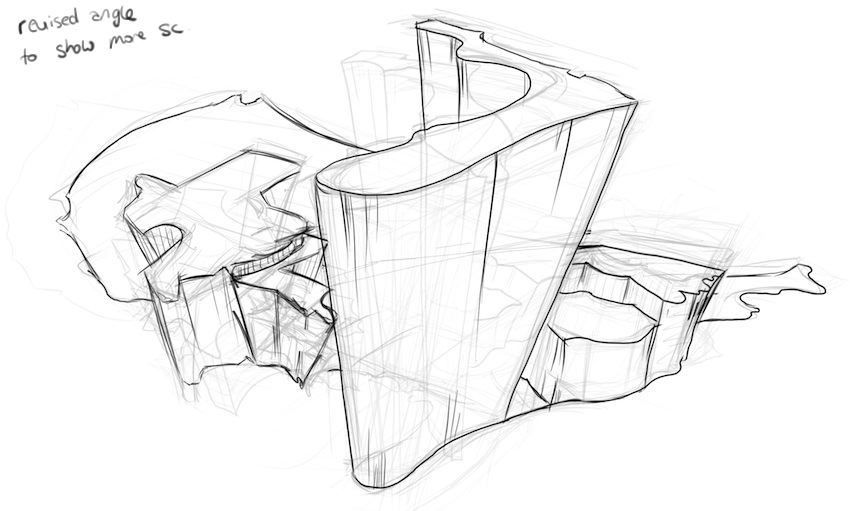 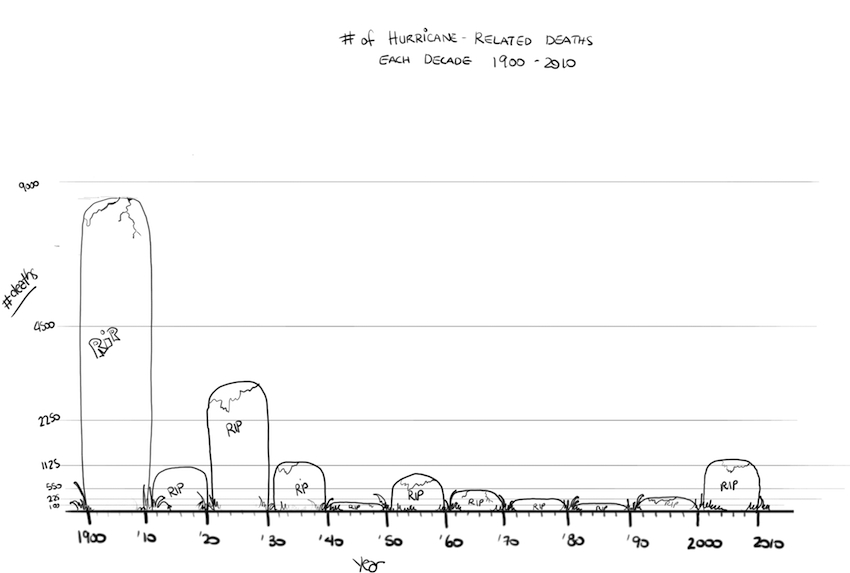 This is a look at the coloured, vectorized version. I'm struggling with:

a) A nice way to represent the legend at the right
b) A better way to lay everything out, rather than just as 2 charts
c) Whether to indicate percentages of each category in each state, or if that's overkill

Thanks in advance for any feedback! 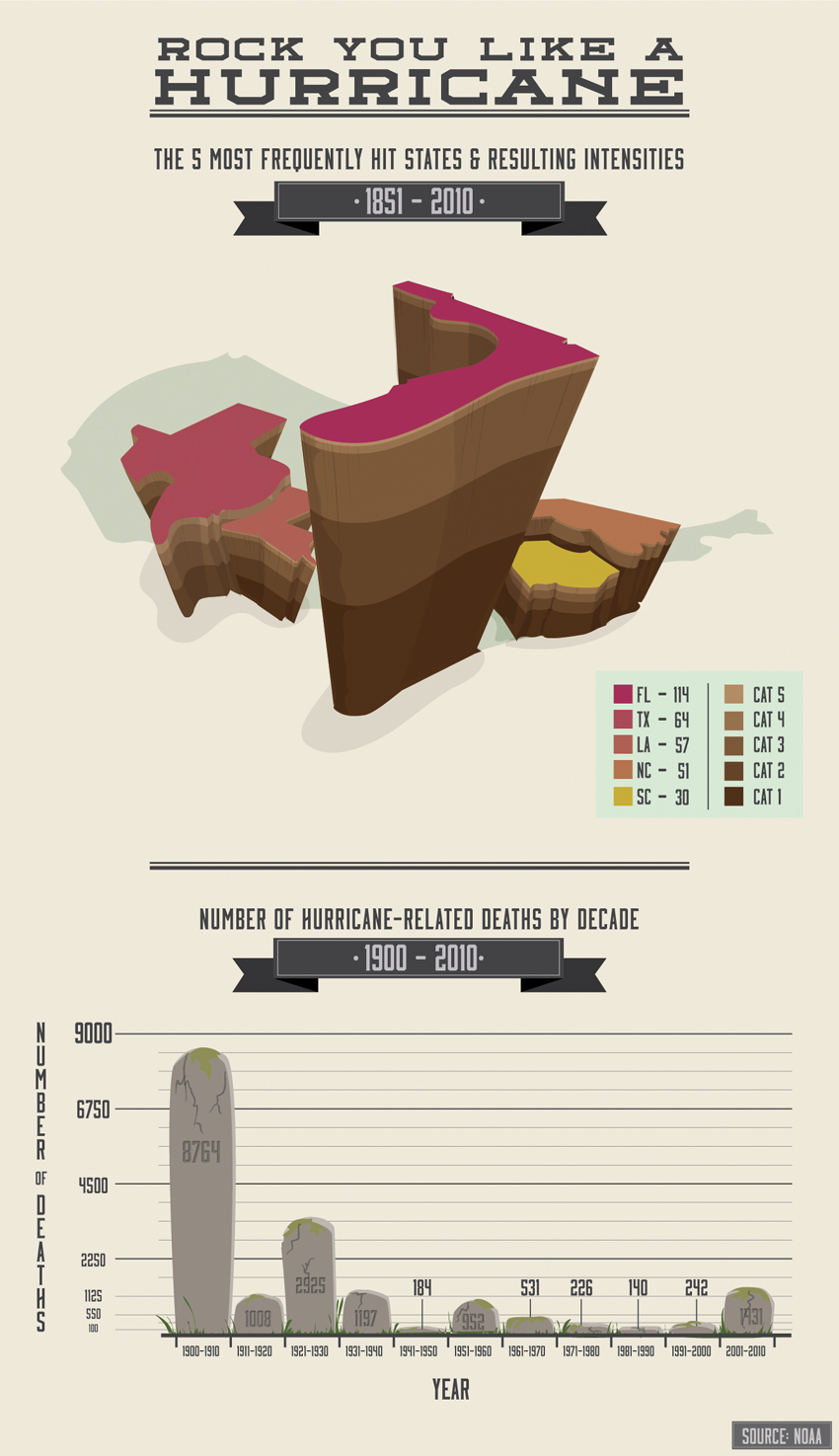 Here it is - my final draft. It took me half a day to do the 3d by hand on the title, and then found out there was a little tool called 'extrude' in Illustrator that could have done it in 5 seconds flat. Oh well, lesson learned. And I kind of liked my hand-done one better anyhow. I wrote the info in the blurbs to flush out the scope of what was shown, and added some icons to better represent soil percentages, etc.

Thank you to everyone for their feedback, comments, and likes. It was all super-duper helpful. 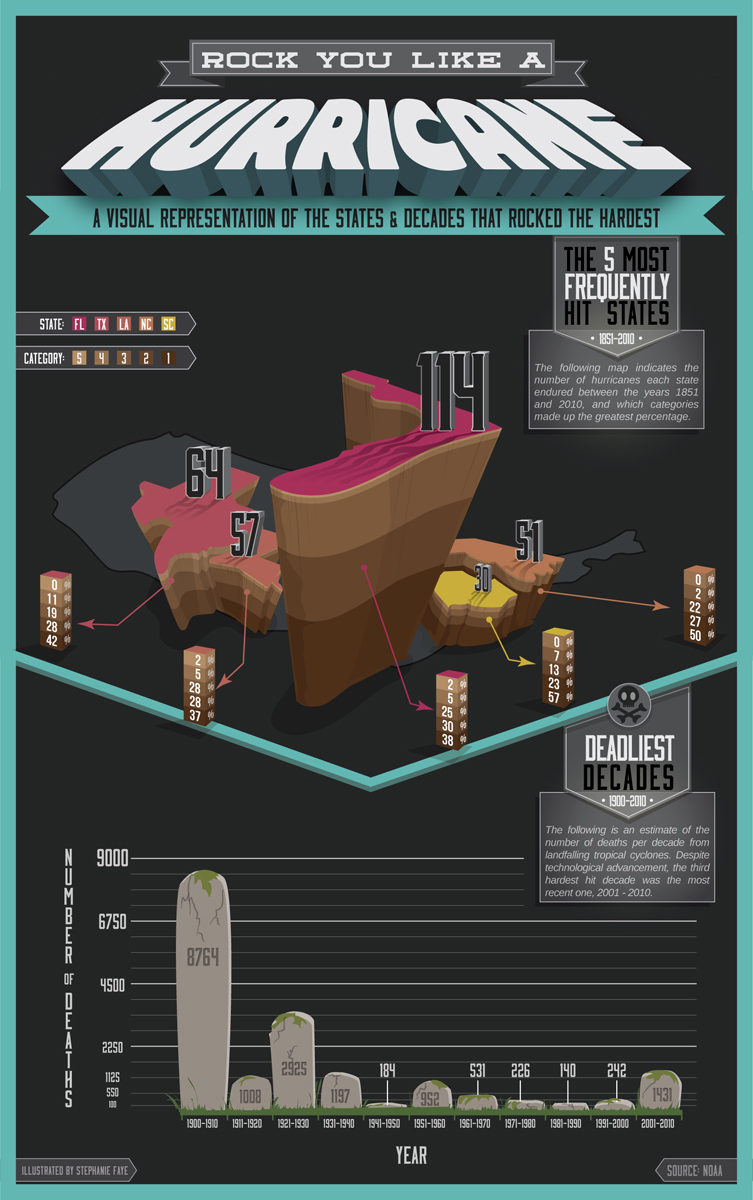