It's pretty simple, as you can see. I think it can have a lot of improvements, maybe some effects, some better transitions. Now that the basic is done, I think I can experiment a lot with it. Please tell me if you have any ideas or suggestions, I'll try to figure it out!

Really excited with the class, and the projects I saw are awesome!

I'd like to make something cartoony, but really simple, so I could get it finished in time. I made a little 'storyboard' and tried to start animating it tonight. 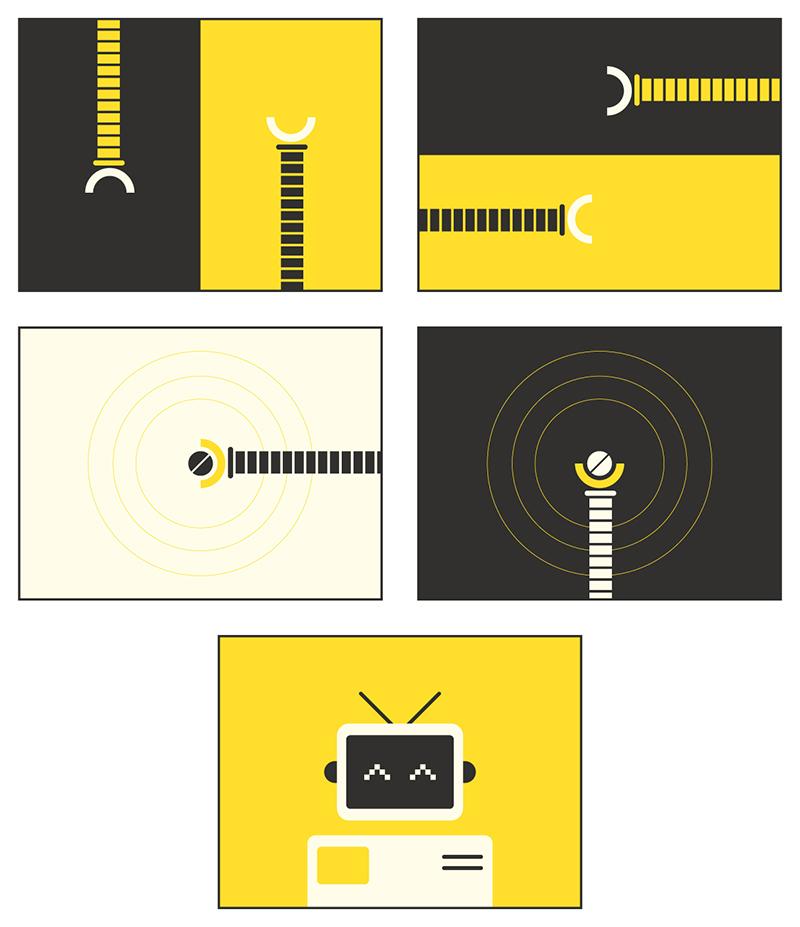 As you can see, my idea was to start with the robot arms going up and down, vertically, then the arms would go horizontally, it would fix the screw and then the little robot would show up and 'smile'.

At first, I thought the better way was to rotate the rectangles in the background, but that didn't worked right. So I tried to make the animations separately, and then join the compositions later, but I had some trouble bringing these new Illustrator files to AE. I really don't know what happenned, the files just weren't coming as they should. I'm still trying to figure it out.

So far, that's what I've done: