The key to learning Italian is to master it's verbs. For the most part the verbs are regular, but there is no real way for non-Italian speakers to guess when a verb is irregular. That's where this app will help! The main audience of this app is students (high school and college) that need to study their verbs. I would like to have an interactive component where the students would test themselves (verb paradigms would come up as partially filled or blank and they would try to fill them in), and include flashcards in future updates.

Future updates will include vocabulary lists based on themes (from the NYS Syllabus for Modern Languages), links to past states examinations (at first NY, then I would expand to include different states' exams as well).

The app would be organized by verb tense, then verb type (-are, -ere, -ire). I would have to create some form of database that would be populated by the verbs and their respective conjugations. The verbs in the database would need to be tagged as "regular" vs "irregular." so that the program could create accurate search results.

Here's a list of the verb moods and tenses that I would like to be included. The main verb moods/tenses that need to be included now are: the "presente," "passato prossimo," "imperfetto," "condizionale" and "congiuntivo presente." 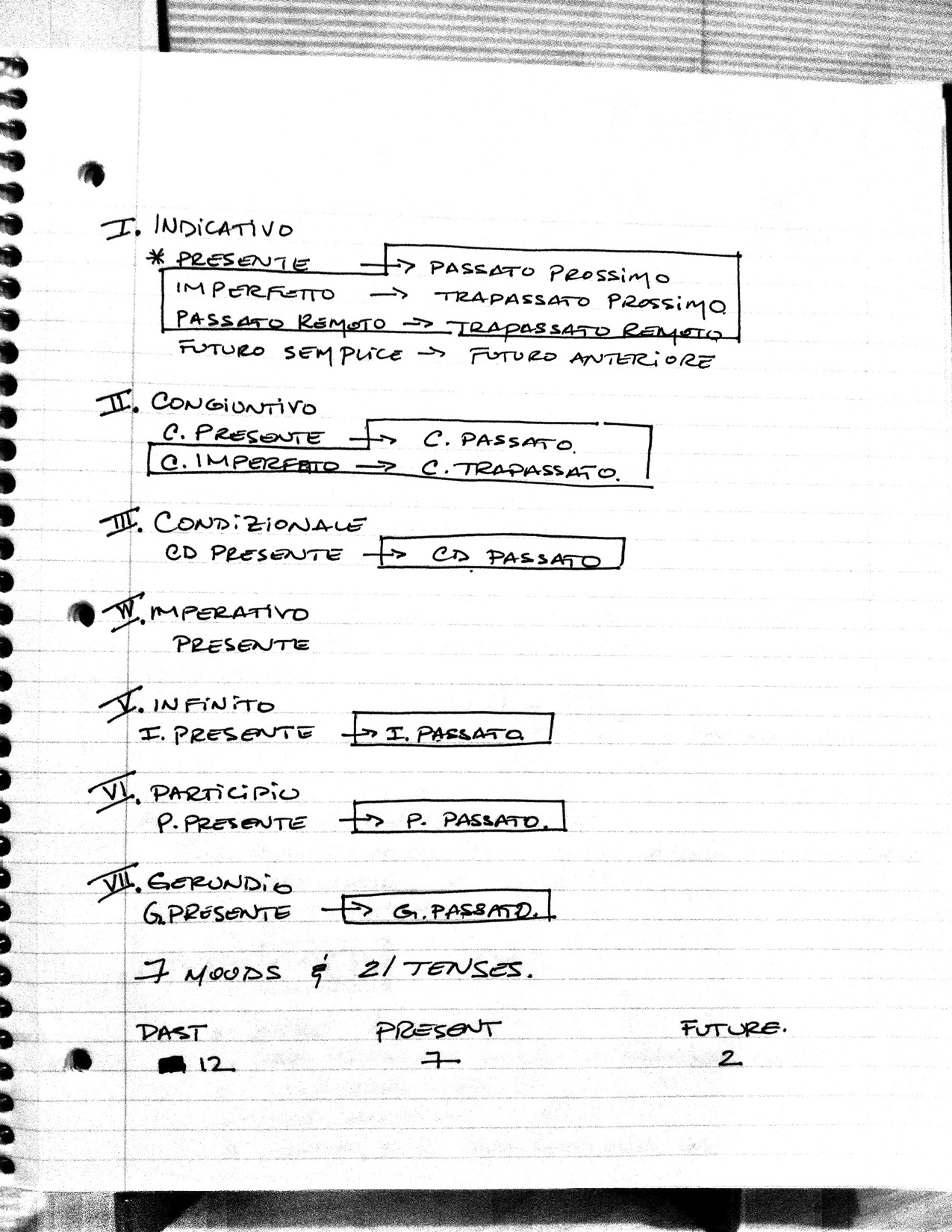 Here are some ideas of how I would like the app to be organized: 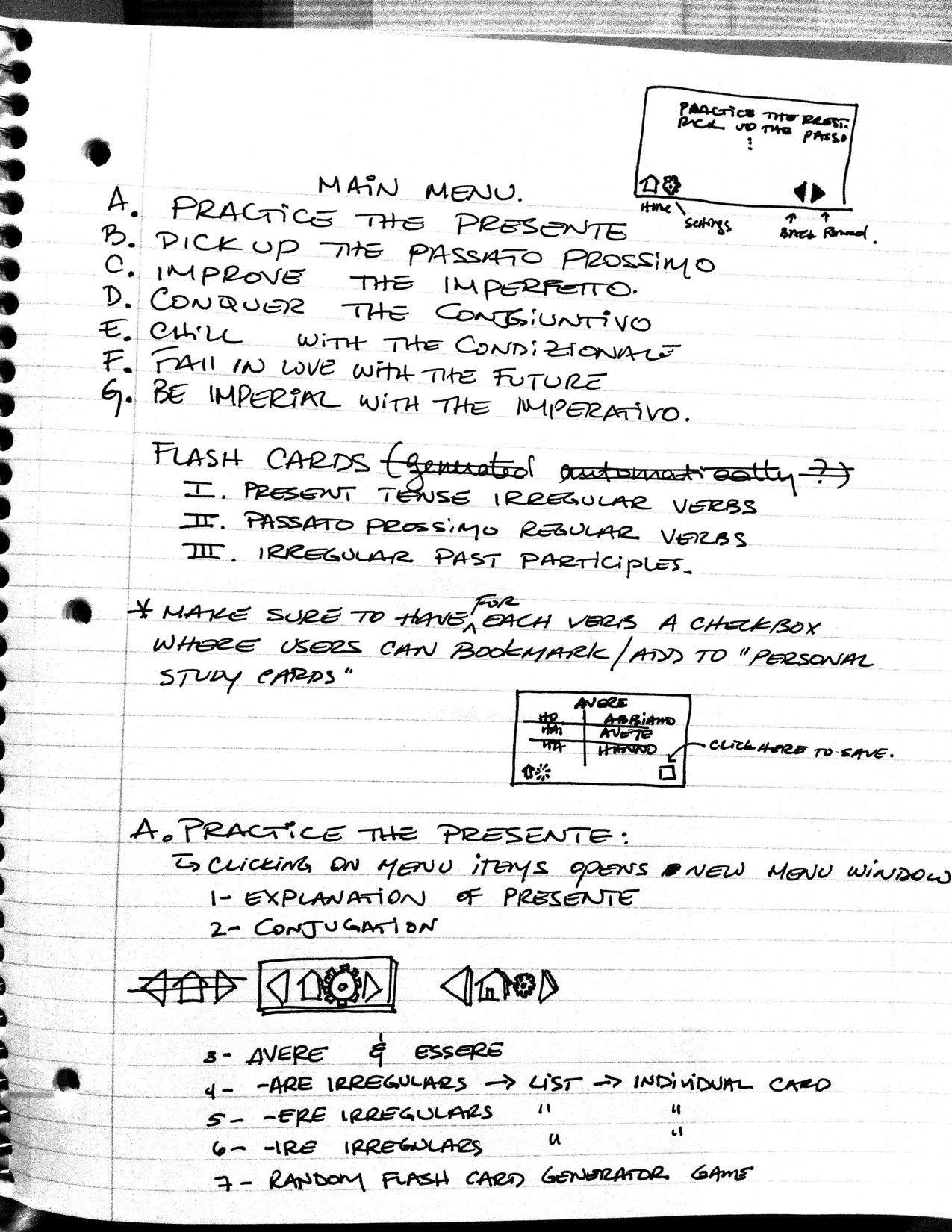 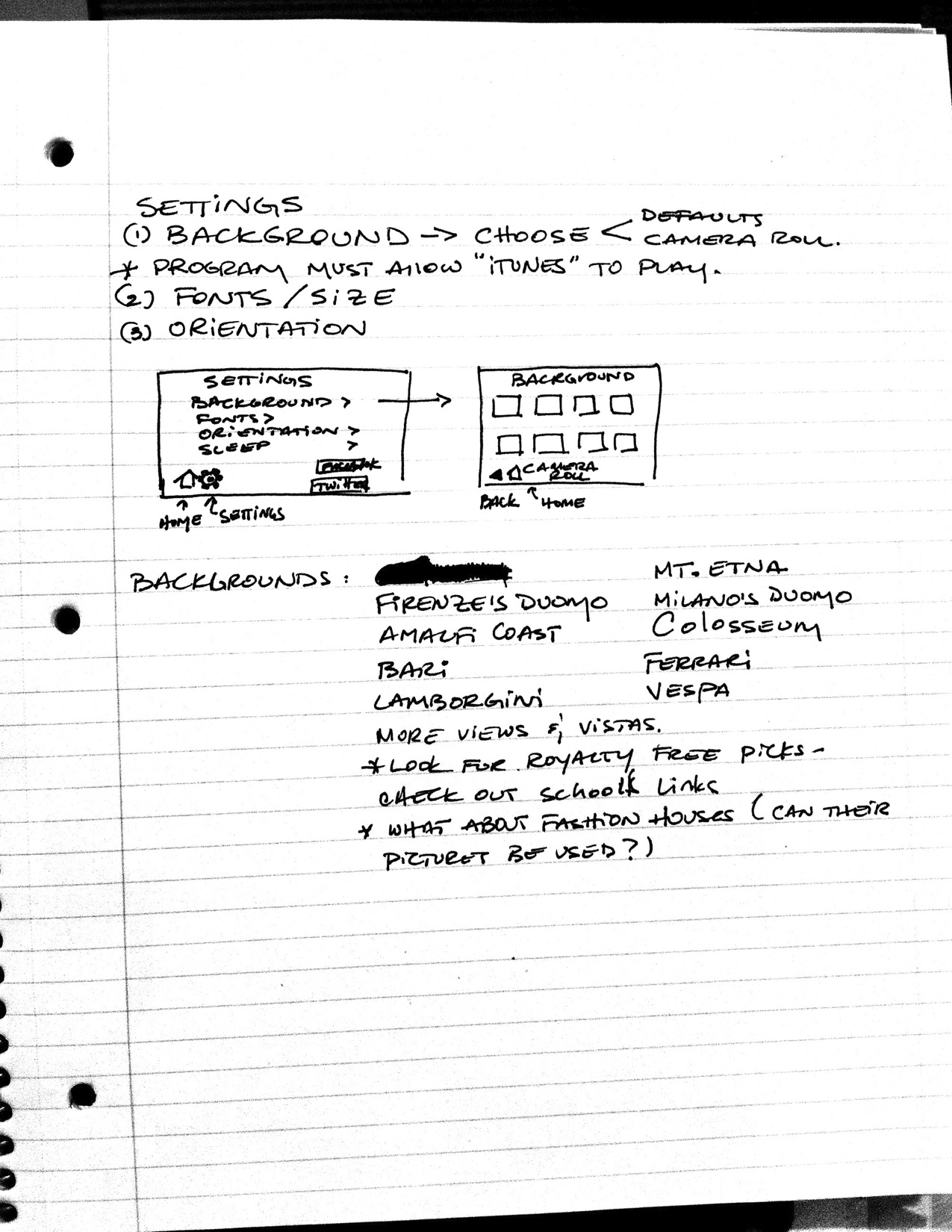