A personal essay about embracing change and taking risks.

Most people I knew didn’t understand why, at age 50, I’d leave a great job, friends and family to retire in Mexico where I knew no one and would have to considerably reduce my lifestyle. I’d be giving up 15 years of high-paying income. They thought I was either crazy or courageous. But then again, on average, 80% of people in the U.S. and Canada, according to several published surveys are uncomfortable with change.

In Alan Deutschman's book, Change or Die: The Three Keys to Change at Work and in Life, found that only one of nine people will make lifestyle changes (diet, exercise, new job, etc.) even if they know they could prolong their life, restore their health, and even reverse diabetes, reduce stress and heart disease.

People seem predisposed to resist change because the present feels safe and stable.  They are creatures of habit. For the most part, they love routine and procedure. Some prefer to remain mired in misery rather than to head toward an unknown.

We’ve all known such people. My sister stayed married to the same man for 25 years in an unhappy relationship. She kept the same job for 30 years refusing promotions because she felt confident in what she was doing and was afraid she might fail in another position.

Well-known sayings such as “The devil you know is better than the devil you don’t know” and “Being is easier than becoming” have evolved as a result of this aversion to change. What is it they also say? “The only sure thing in life is change.”

As we find ourselves in the current Covid pandemic, political unrest and socil upheaval, changes are being forced upon all walks of life. Changes the world didn’t ask for and doesn’t want. Many people are adjusting, learning new ways to educate, live, work and die; others are not.

Becoming comfortable with change and taking risks requires a tolerance of ambiguity, a clear goal and receptivity to learning new ways of being and doing.

In my life, however, all of the major changes were self inflicted. I lived in three countries, five states, ten cities and I can’t remember how many homes. I have had seven careers, too many jobs to count and only two which existed before I created them.  I got high on starting up new endeavors, new hobbies and new studies.  Once I had learned them, it was time to move on to something new and let someone else run the organizations I had created. I was accused by one of my senior employees of “making changes in the organization for the sake of change.” Not true.

I married the wrong man and left him when my toddlers were 6 months and 18 months with $300 in my pocket and on a secretary’s salary. That was in 1970. Change experts say you need to have a clear goal. At that time, my only goal was to make more money. That goal, along with the evolving goal of climbing the corporate ladder kept me taking risk after risk in my various careers.

The biggest risk I took was when I was an IT manager at HP in Boise, Idaho. I was asked to take a marketing management position in Germany with my then two pre-teens. I had no experience in marketing, knew no German and only one man who would be hiring me. I asked him why he’d offer me the job without even an interview. He said, “Blue, I believe it’s easier to train someone who has developed accounting systems in her career how to market them, than it is to train marketing people how to talk to CFO’s about international accounting systems.”

I had two clear goals. Number one: don’t fail. Number two: Learn something new. I sold my house and I took the risk.  I had, by then, developed a tolerance to ambiguity and openness to new experiences. We lived in Germany for three years, skied the Alps, explored Europe on the weekends and I travelled around the world introducing our new accounting software. By then, I had even learned to speak in front of audiences without having a panic attack.

To be honest, I was a huge risk taker when it came to new experiences and opportunities, but I have no risk tolerance for financial investments or even slot machines.

My move to Mexico, many years and several careers later, had a different goal of putting more balance in my life. Working 80-hour weeks didn’t leave enough time for family, friends or fun. I felt successful. I felt confident. I felt that doing more of what I was doing and getting more of what I was getting improve my bottom line, but was not going to make me healthier or happier. I had scratched the glass ceiling once and that was enough for me.

When I announced my move to Mexico, my son asked me, “Mom, what if you don’t like it?”

I had a ready answer. “It’s not the last decision I get to make, honey.” That was 25 years ago and there’s never been a regret. 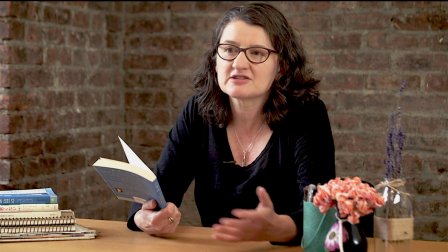