Update #4!
I added definition to the bricks as suggested, and adjusted the wolfs positioning. I also added a slight tint to the whole image along with some texture to try to unify things. 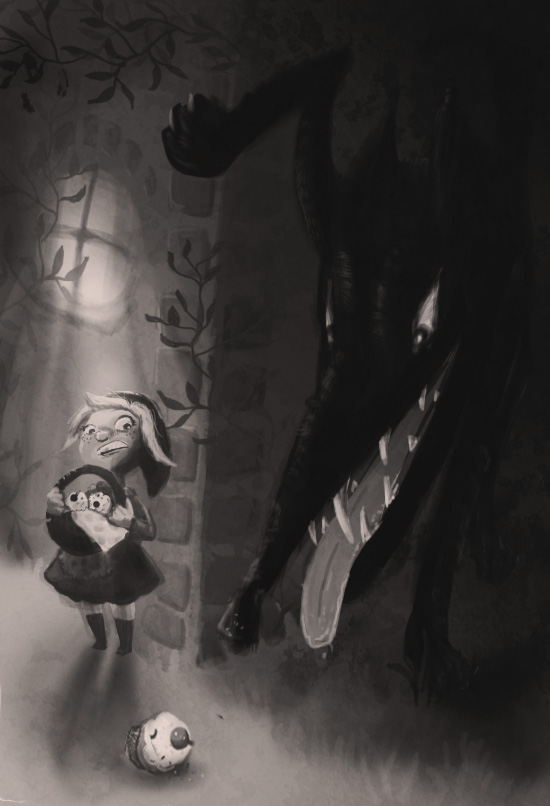 Thanks for your feedback! I worked on clarifying Red Riding Hood. You were right about the  wolf being able to see her around the corner. Since I strugged with working that angle out, I added the cupcake as a story element-- will that be enough to distract him from his prey? 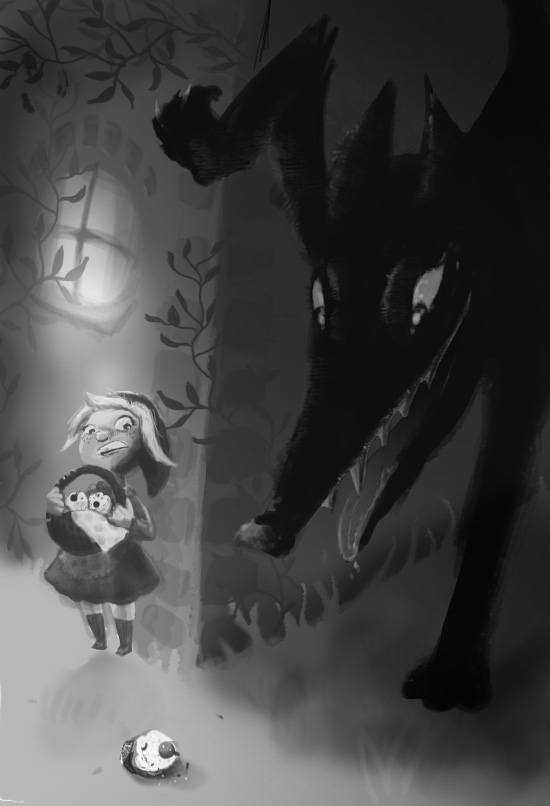 #Update #2, (below) refining shapes some more- i opened the wolfs mouth for an opportunity to have more triangle elements in his teeth/ mouth shape. I also tried to make him more sinister.  I added ivy to the cottage and am working on softening the edges to imply that the cottage is more riding hoods home than the wolfs. Currently I'm working on making Ms. Riding hood herself more dynamic in shape and easier to read. I'll update soon! 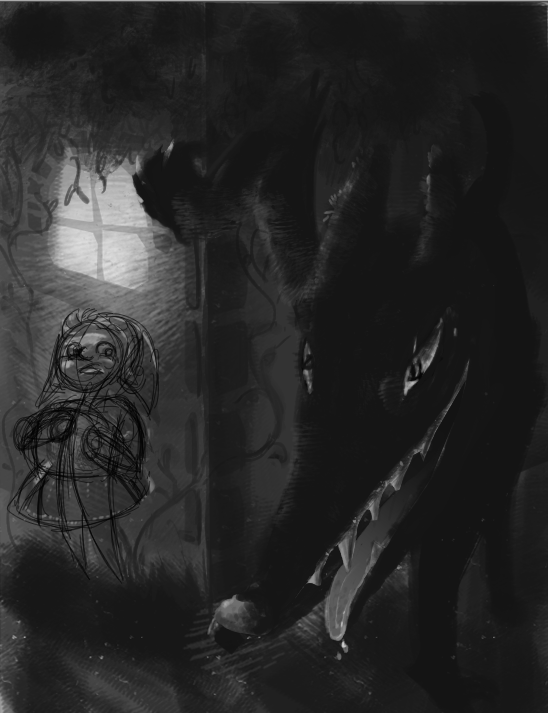 Update #1 (below)
I decided to attempt a scene from Little Red Riding Hood, where she is hiding around the corner from the wolf. I wish I'd had more time for this one, but work held me captive all week until today. Any feedback is welcome :) I will be working on it more despite the deadline passing. 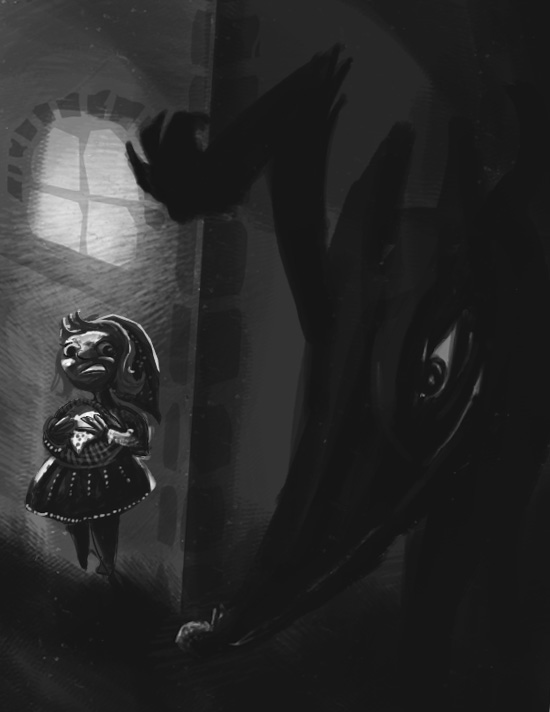