My name is Ricky and I am a Graphic Designer from the South Coast of England. I work for Dyson in the day and do freelance design and signwriting in the evening. I have visited the London Johnny Cupcakes store shortly after it opened and I am a big fan of the amazing illustrative style and creative t-shirt designs.

I am a big fan of the old school tattoo style and thought it would work well with the cute illustrative some of JC's shirts.

I am a big fan of Shep Fairey and the obey brand. I have always loved the iconic fist in the air image and decided to create a design in tribute to that with a JC twist. I think the sketch at the moment is way too busy so I am going to try and simplify it to progress the idea.

I love the classic JC logo and thought I would try a little variation on it by turning the skull and crossbones into a pair of nuchucks (nunchuka?) and a martial arts belt tied around the cupcake.

Thanks for looking, any feedback to help me progress these ideas will be welcomed :-)

Ok, so I thought I would push forward with my idea I felt worked the best and that was the nunchucks version. I redrew it in pencil first, then went over the top with a micron 01 and rubbed out the pencil lines underneath. 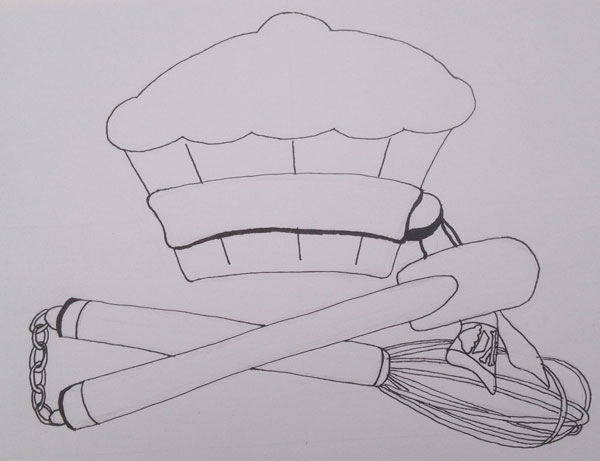 It was at this point that I received feedback from Chris and after excitedly reading through it and going back and reviewing my designs I decided to down tools and start again tomorrow with a fresh idea in my mind.

it is a beautiful, sunny day so I decided to move my set up to the conservatory and had to wear sunglasses as it was so bright! Nice to work inside but outside at the same time :-) 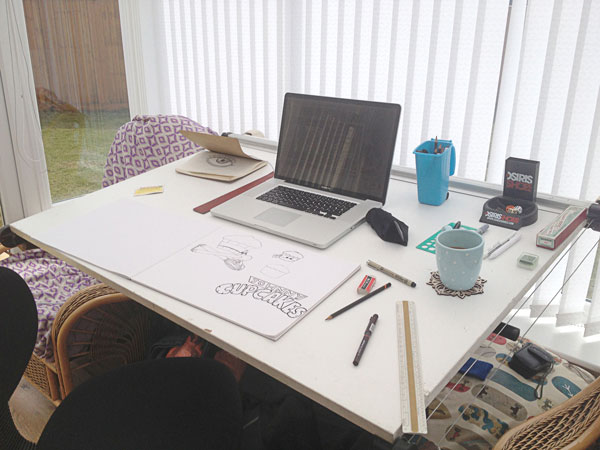 I thought that my nunchuck idea would work well mixed into a teenage mutant ninja turtle theme. It was one of my favourite cartoons when I was a kid so made it much more fun sketching away. 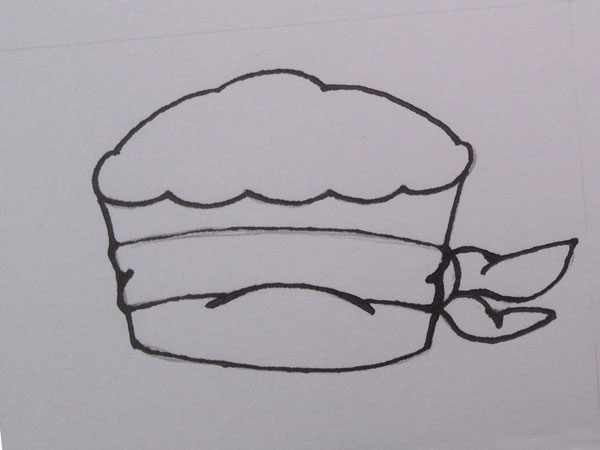 I thought this one was pretty good but wanted to refine it a bit more and bring in more of the turtles personality. 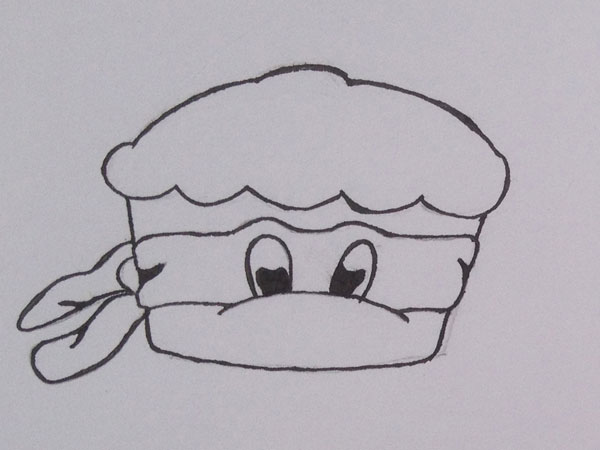 Much better, now I thought that I could bring in the turtles weapons to be the bones on the cupcake and cross bones: 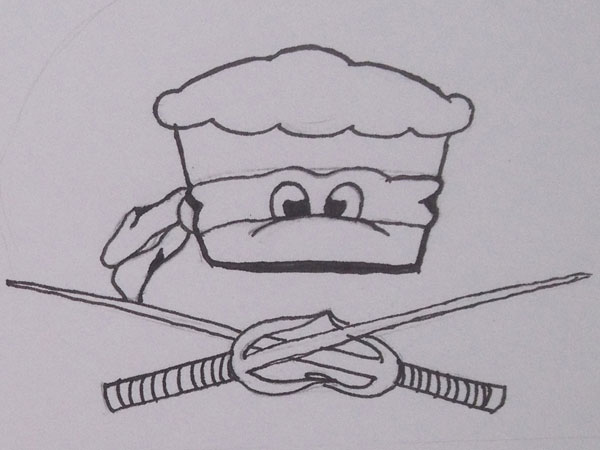 I thought that the t-shirt would work well in a range of 4 with each focusing on a turtles character and having their eye mask coloured up along with matching weapons, here is a rough sketch of the different weapon layouts to have underneath each character: 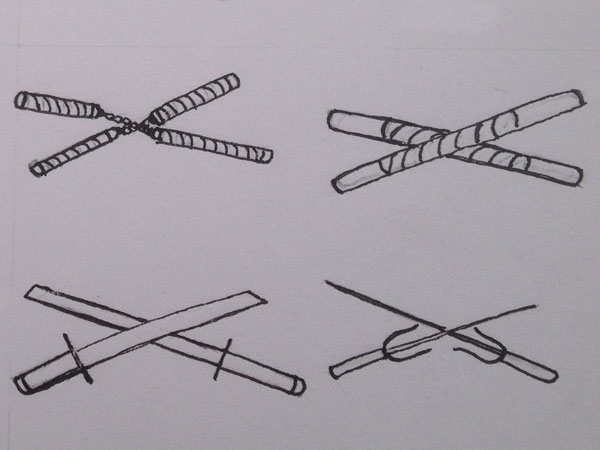 I also wanted to work some typography into the shirt and thought that the turtles cartoon logo would work well on the back of the shirt just below the neck line so i sketched this out as well:

The next stage will be taking these into illustrator, cleaning them up and refining until I am happy with it.I was thinking that these shirts would work well with a green background and could be released as a set of 4, each with a different ninja turtle on (my favourite is Raphael just in case you needed to know!). I would be interested to hear any feedback, thanks.

Ok, so I have spent today taking my drawings into illustrator and cleaning them up. Here is the first version of Raphael I came up with: 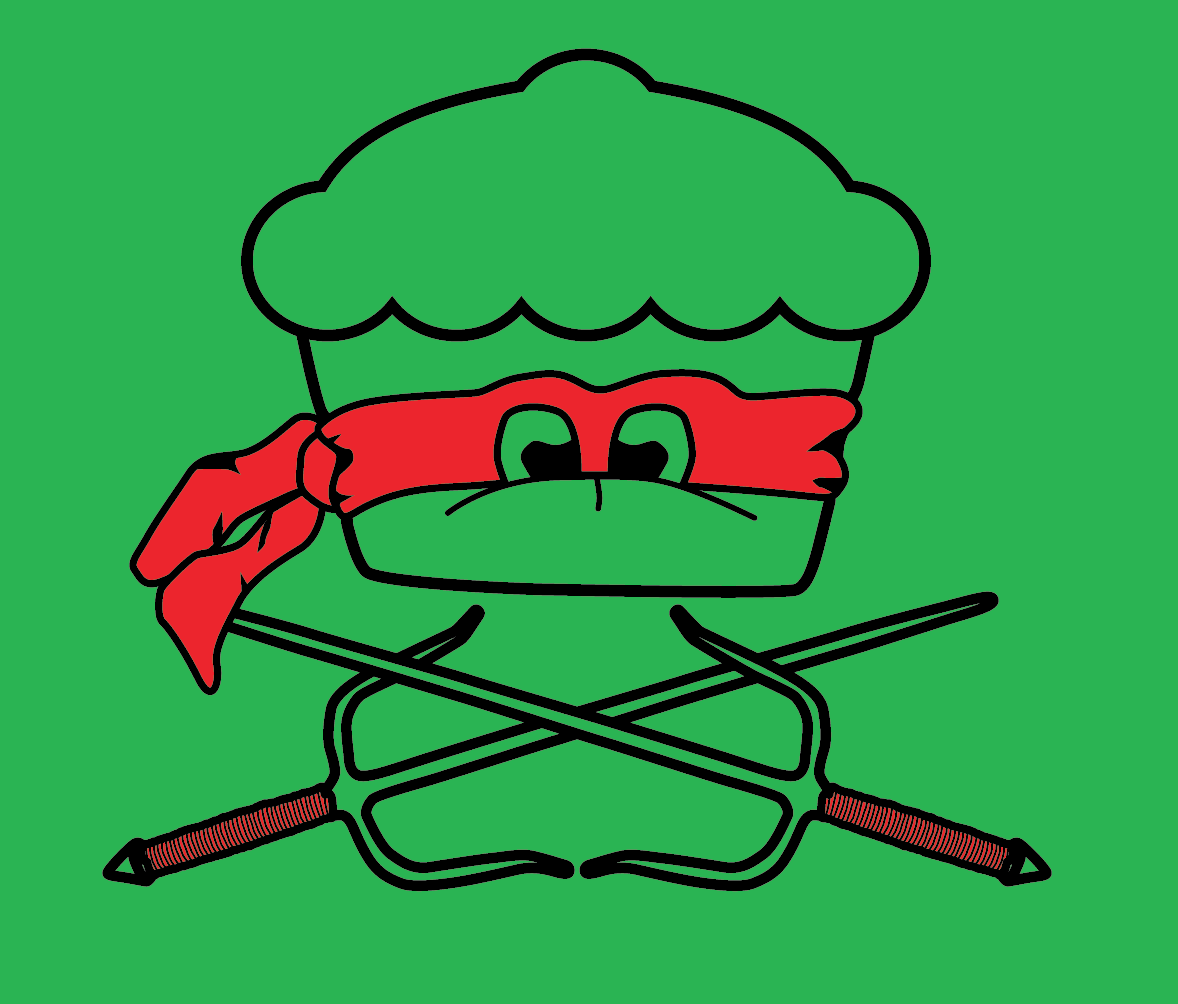 I think it came out pretty good but the wraps on the handles were a little bunched together so the red wasn't coming through correctly. Also the Sais were a little big in proportion to the turtle/cupcake head so I scaled them in and it came out as follows: 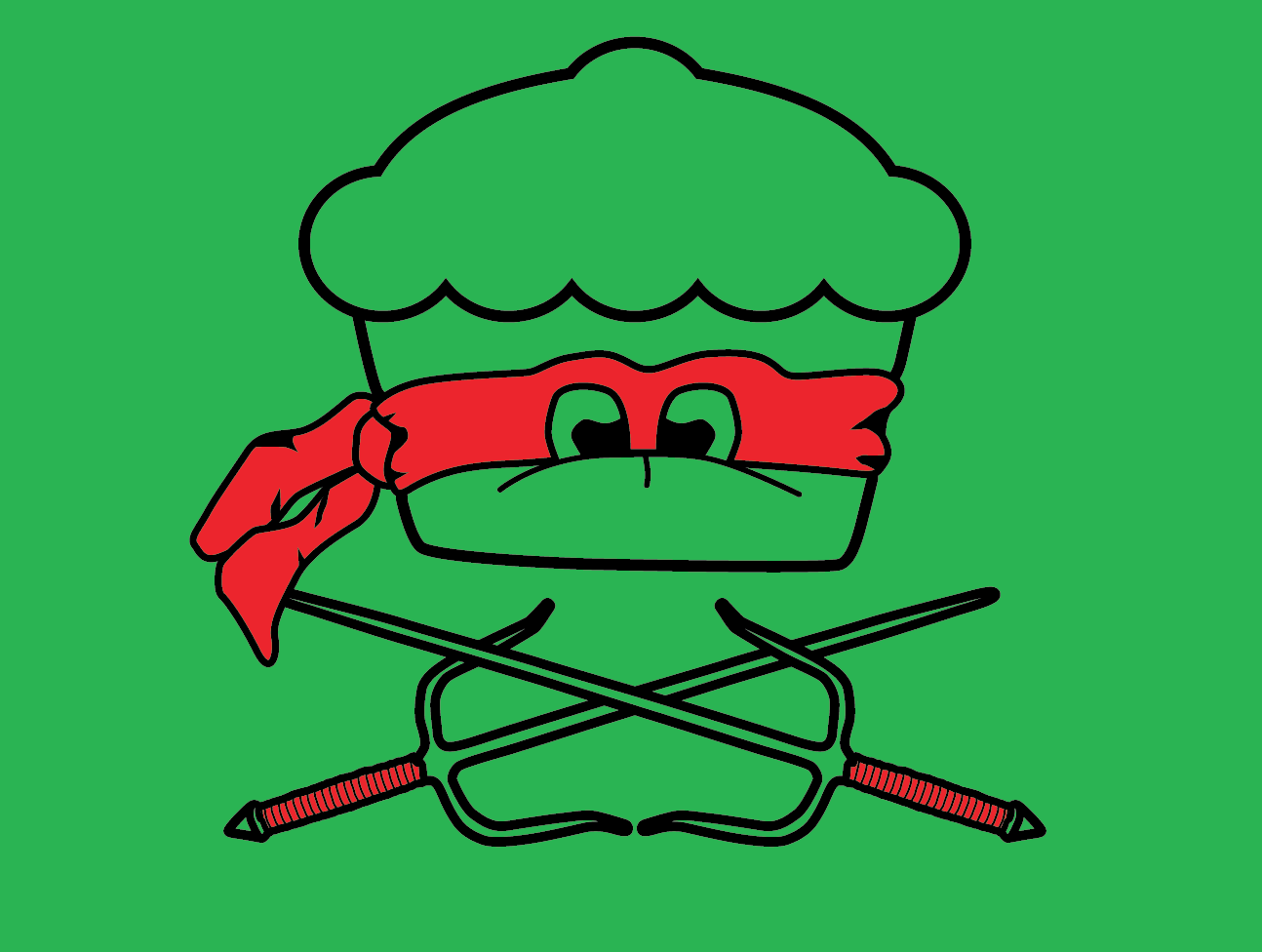 Once I was happy with that I decided to go onto the turtles typography which took a while but came out pretty good. It took a lot of playing with the stroke pallet and pathfinder tool to get the right amount of green showing through.

I then went back to Raphael and drew up the remaining weapons and coloured up the other characters to complete the set as below: 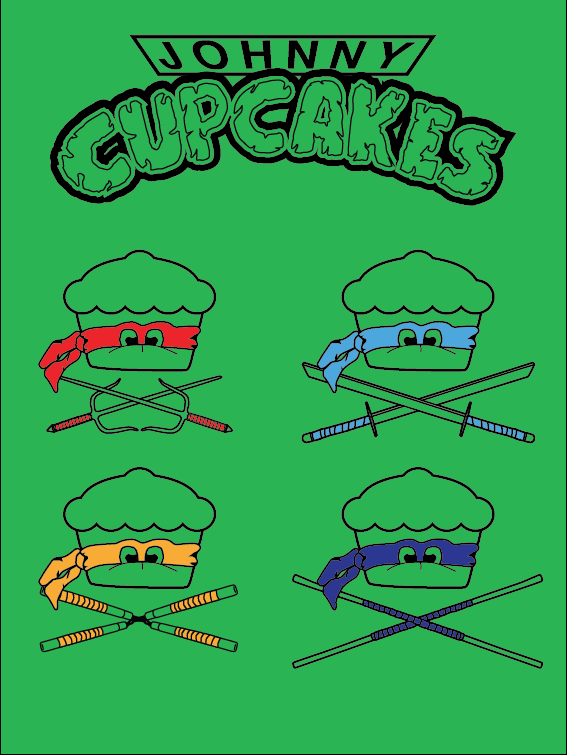 Once I was happy that they were all working as a set I coloured up the t-shirt template to give the t-shirts a green back ground and placed them in. Here are the final results, I'm really pleased with how they came out and had lots of fun during this course, hope you guys like them :-)