Real Productivity: How to Build Habits That Last

Perfect is the Enemy of Good

Gear Acquisition brings a lot of satisfaction right away. Learning that takes a little bit longer, learn a new technique and it's a little bit less impulsive, a little bit less like instant gratification than gear acquisition but it is still pretty quick cause it just taking in the material. Deliberate practice, that's where the most rewards lie but that's also where the most work has to be invested and where the gains are the slowest. Once people have acquired the necessary gear to get started,  they have to start practicing before any more gear or any more lessons are going to be very helpful. That is the tough thing that is where people realize they have to put in a ton of extra effort to get the same amount of satisfaction that they got from just buying some gear and going through lessons. it is easy to fall into gear acquisition syndrome where instead of putting more deliberate practice in just buy more gear. The amount of satisfaction from that is not the same as what you going to get by just putting doing work. What if I can't Achieve All of My Goals

What if I Don't Have Any Goals?

Setting Yourself Up For Success

What to Do When You Fail 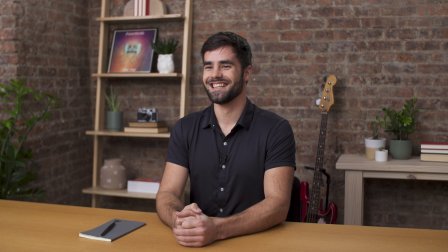 Real Productivity: How to Build Habits That Last
Thomas Frank