This is finished. I have to tell myself that so that I won't tweak it continuously. I think my illustration is a little complicated to really justify the textures. If there is one thing I have learnt from this class it's that your illustration can be fairly simple. The textures really bring things alive. I've really valued all your comments and feedback so far, hugely helpful. I hope it is at least 'LOUD'!! 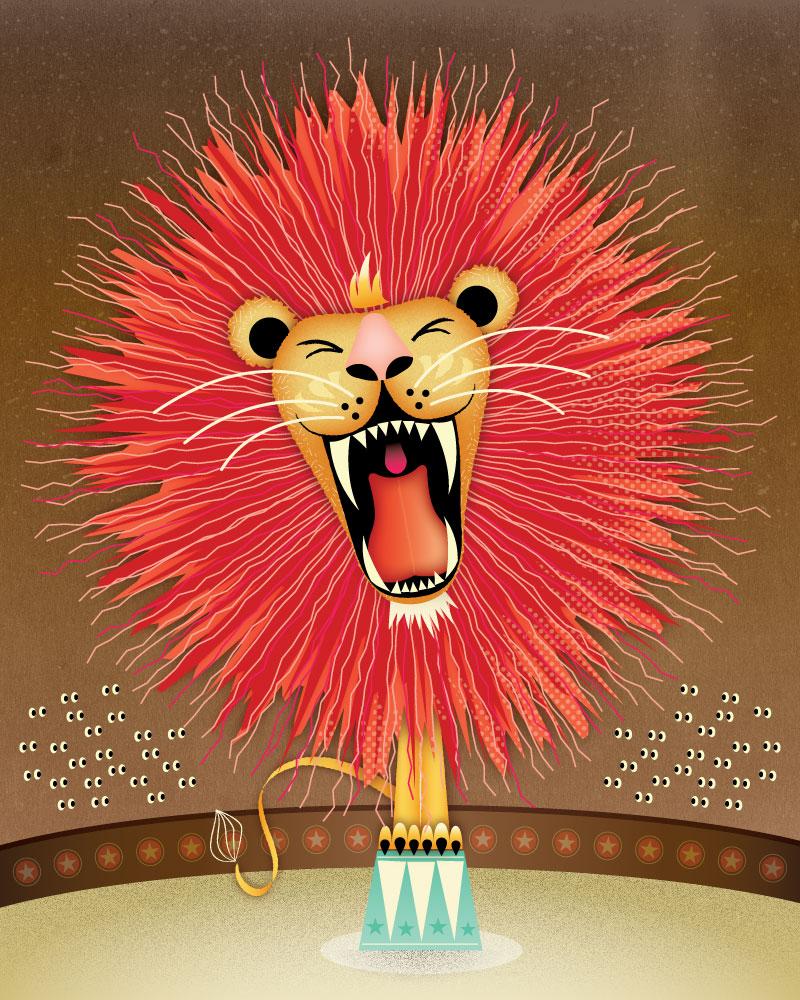 So here we are... yet another color change. Circus arenas are dark right? And the mane stands out more, I think it's more dramatic. As many of you have suggested I've removed the type altogether. Thank you for your help!

As you can see I've messed with the colors quite a bit and changed the mane, but I want to add textures to it in the next stage. Decided on a portrait aspect in the end and stood my lion in a circus ring to try and anchor him a bit. I tried some hand written text but really didn't like it at all. I'm going to sleep on this now and looking forward to any comments you might have... (btw, my little boy finds this scary so i guess it won't be going on his wall just yet :)

So I'm about half way through rendering this in Illustrator. Boy, am I having trouble getting the lion right. I don't know why I chose to draw an animal as I'm hopeless at them. Anyway, would love you guys to give me some helpful advice here. The shapes for the mane will change... this is all for placement at the moment. Colours are not fixed either... as you can see I've got loads of swatches around my artboard! 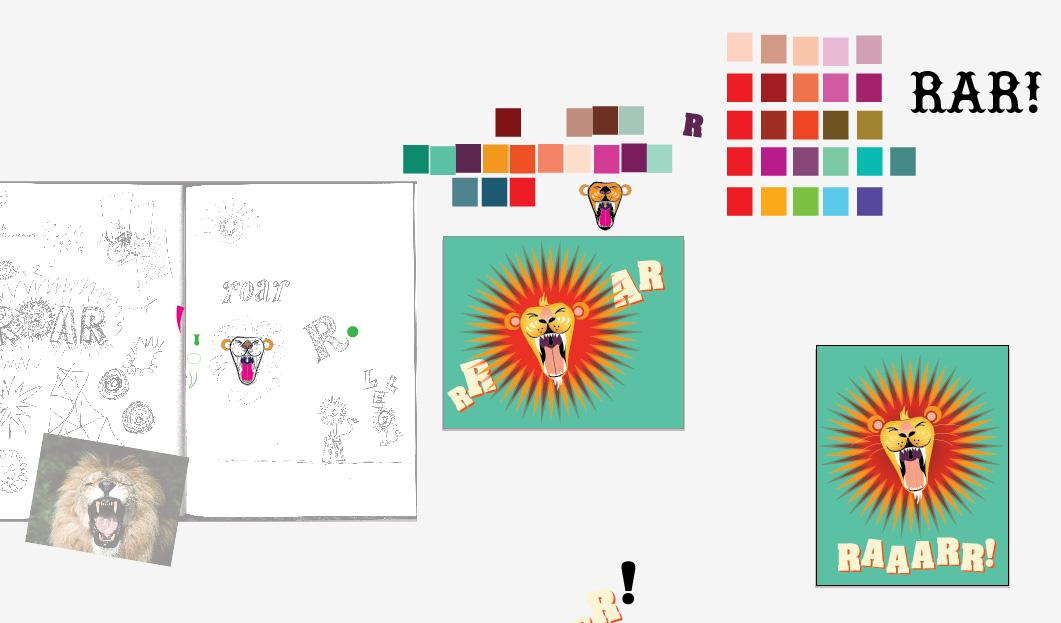 Not sure whether to go for the portrait or landscape?

I've decided to go with the first thing that came to me, which was 'Loud'. After writing a bunch of words down in my book with no particular thought process behind it, I then decided i would go with the first thing I wrote down, which was 'Roar'. I guess it's fitting as my little boy (who is nearly 3 and can be exceptionally load at times) is called Leo and I'd already done a lion-themed illustration for him. So this will be a 'louder' second piece for him. 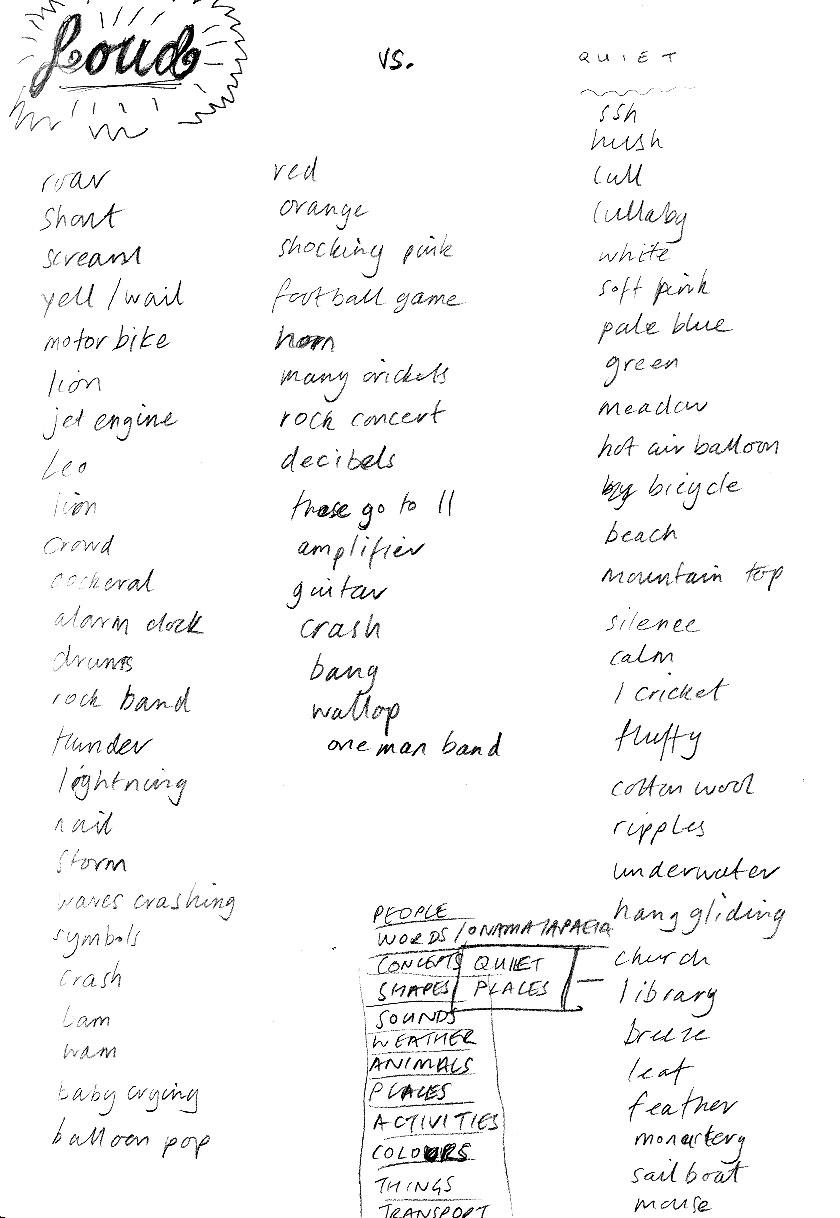 I decided to focus on both 'Loud' and 'Quiet' to see which would predominate, and Loud won hands down.

I'm still sketching, but these are my initial thoughts. There will definitely be a typographic element to this too. 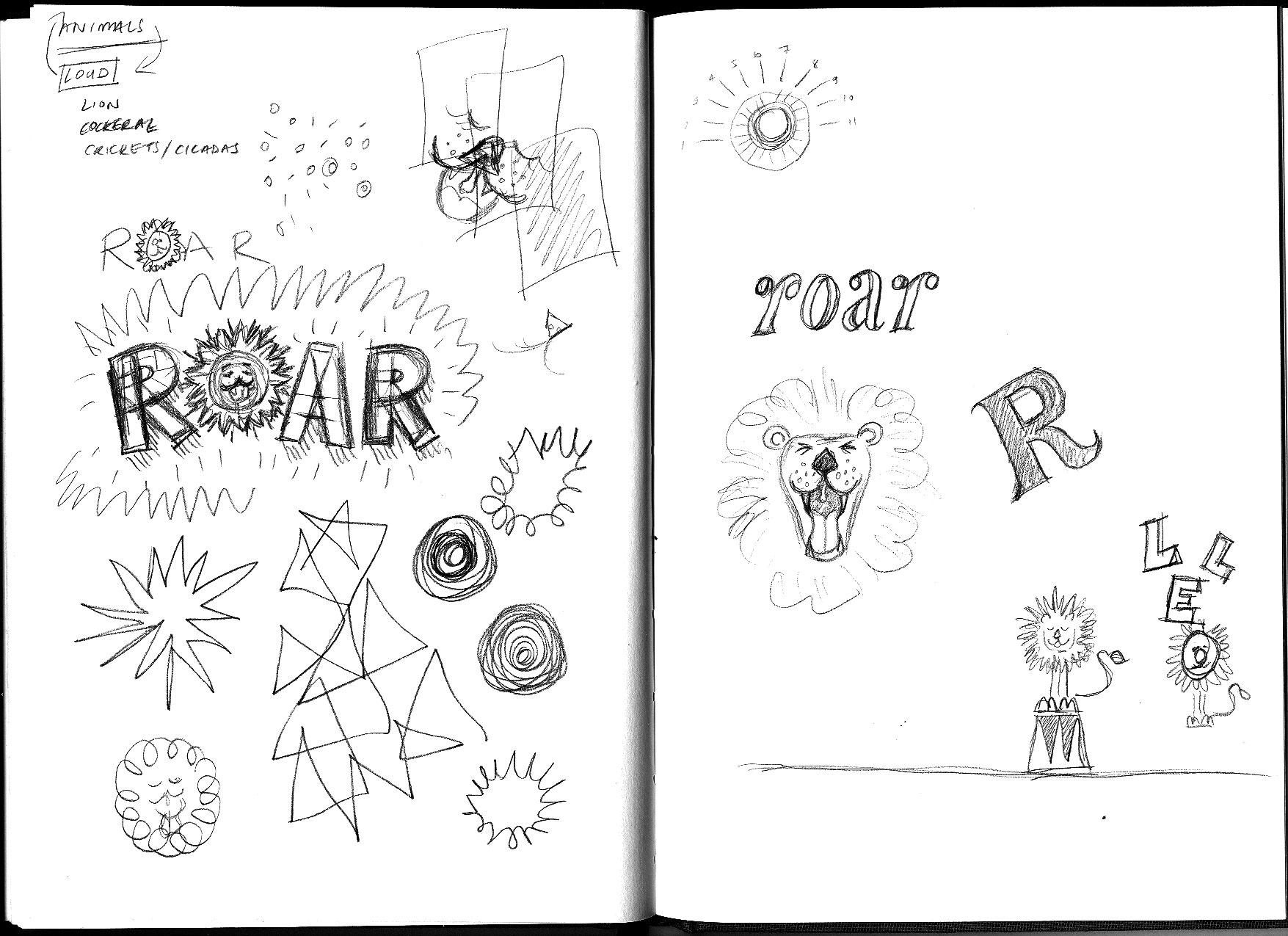