I took a photo of my drawing and brought it into Photoshop just to play with painting it a bit.

I started to draw the word Quiet. I really thought I was going to do something with textures from my list, so I just focused on illustrating the word. Surprisingly, I found myself wanting to draw mice skittering across a floor, with one, startled, standing up as the "i". I drew a few mice, and began to elongate lines on either side of the word to emulate the tails. Then, when beginning another mouse, the tail of the "u" became the root of a tree, and the idea of a treehouse started to form. My best friend lives in an adorable neighborhood, and a few blocks away there is a treehouse that looks like a boat. The rest came together from there. Night, a slumber party in the boatreehouse, the imagination of youth, a dark gravel path leading through inky swirls of water to a rickety ladder. I kept thinking that something should be in the water... fish, starfish, the Lochness Monster, octopus. Tentacles began to rise from the water, and the Quiet began to morph into a sense of holding one's breath, as the imaginary creatures of the night swirl nearby... 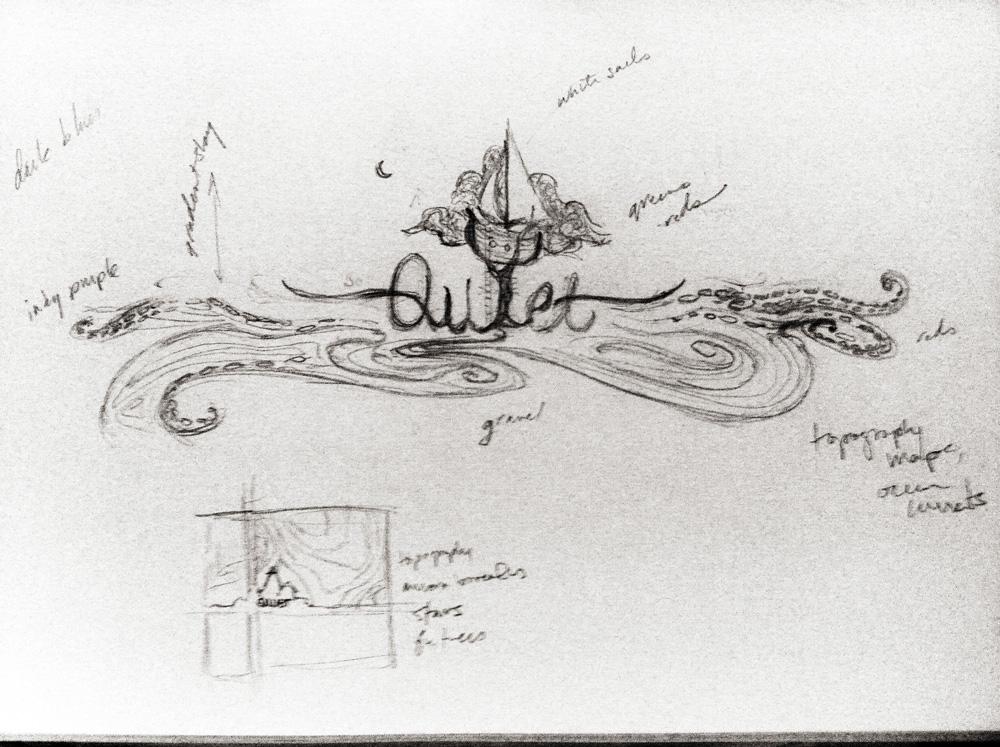 After watching the first videos and reading through the resources, I put together this list:

And the start of another, just in case: