(LATEST UPDATES AT THE BOTTOM)

The School of the Americas (SOA) is a combat training school for Latin American soldiers, located at Fort Benning, Georgia.

Since 1946, the SOA has trained over 64,000 Latin American soldiers in counterinsurgency techniques, sniper training, commando and psychological warfare, military intelligence and interrogation tactics. These graduates have consistently used their skills to wage a war against their own people. Among those targeted by SOA graduates are educators, union organizers, religious workers, student leaders, and others who work for the rights of the poor. Hundreds of thousands of Latin Americans have been tortured, raped, assassinated, “disappeared,” massacred, and forced into refugee by those trained at the School of Assassins.

In November of every year, thousands gather at the gates of the SOA to protest and hold a vigil for the victims and families torn apart by the school. We call for the school to be shut down.

My project is a design to be used on t-shirts, bags, posters, bumper stickers, etc. to raise awareness, stand in solidarity with the impacted peoples and create dialogue about the SOA. Ideally, I would like to screen print it. I will limit myself to just one or 2 colors. I have a zero budget, so this will be done by hand/DIY.

I really like the looks of letterpress and block prints. I'm going for a vintage feel and haven't decided if it will be entirely text or text + illustration. We'll see what works. I may need to have a few versions. 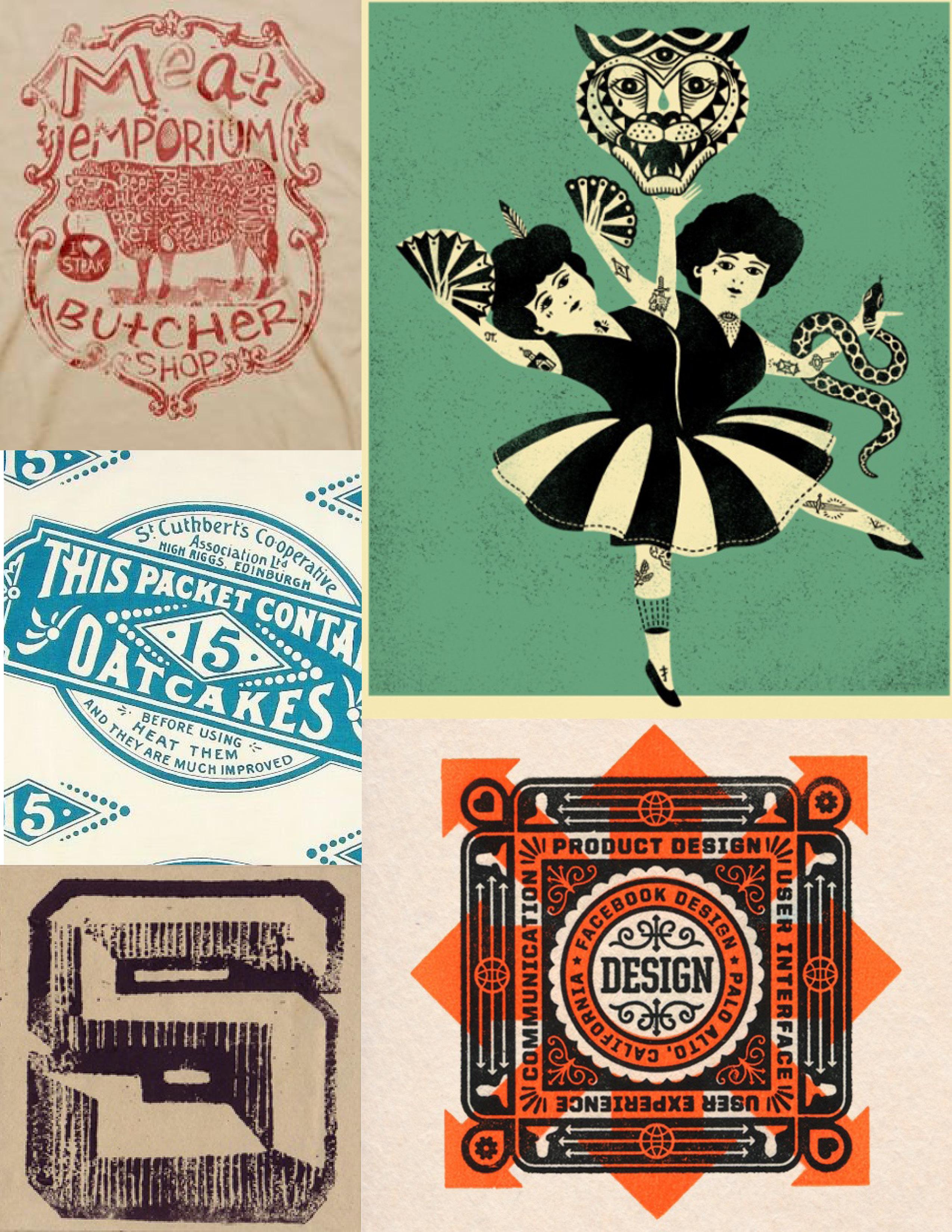 Here is my initial sketch. I'll do 3 or 4 more or however many it takes to figure out what works. No scanner here, so you can expect crappy photos made passably legible in photoshop. :/ 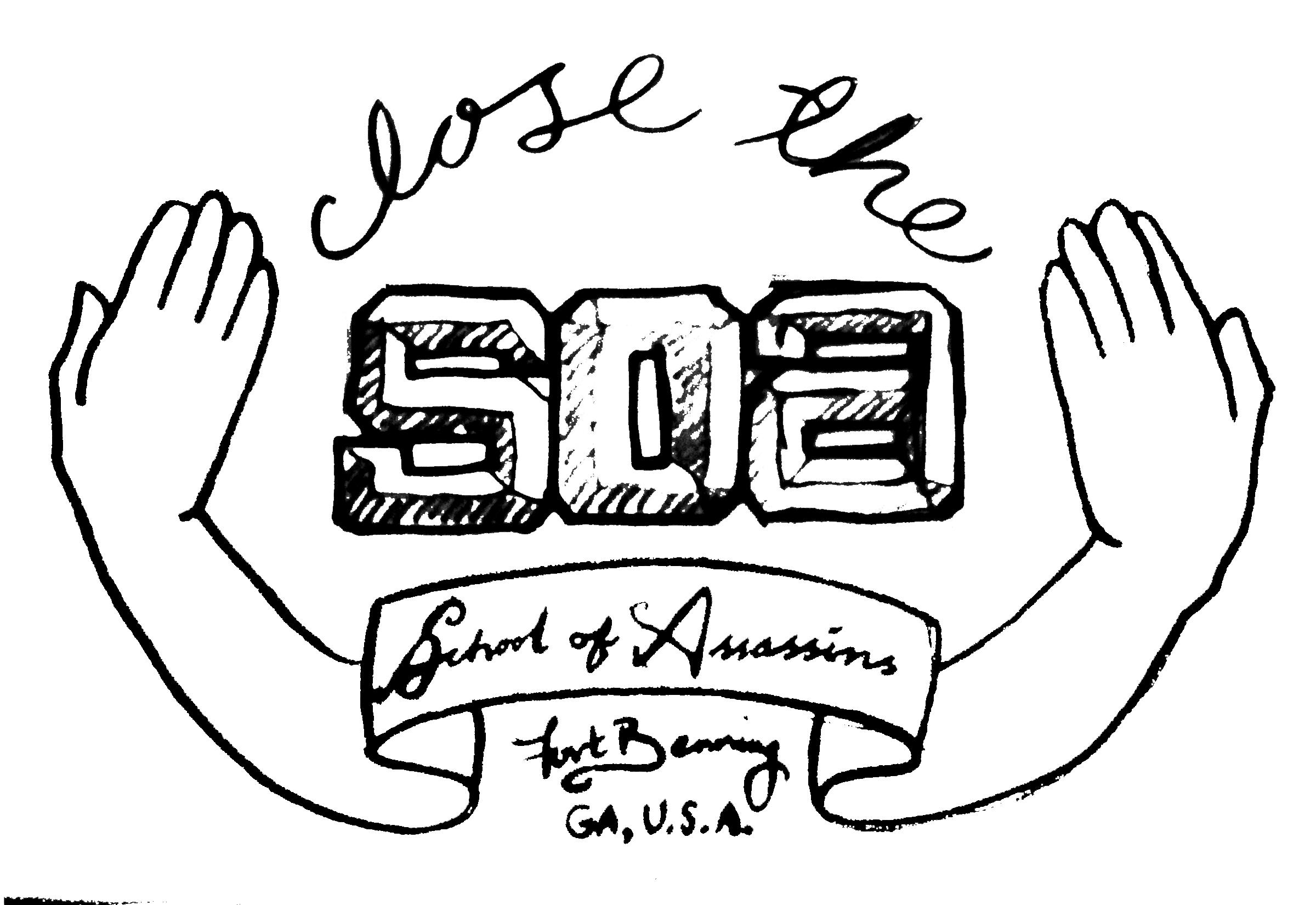 So today, I got my scanner up and running! Now you can see my process. 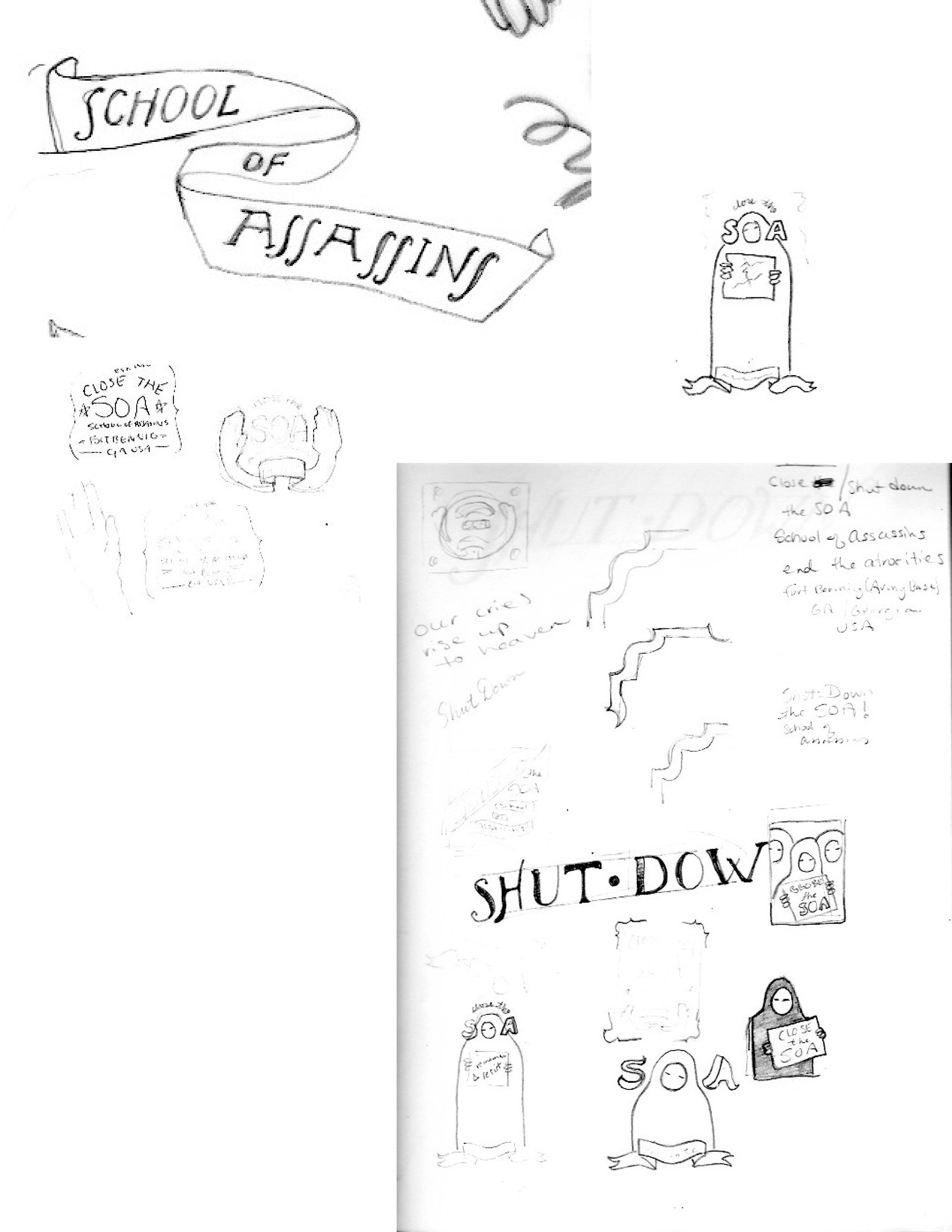 I want it to be a rectangular shape that will fit on a t-shirt. Something like this: 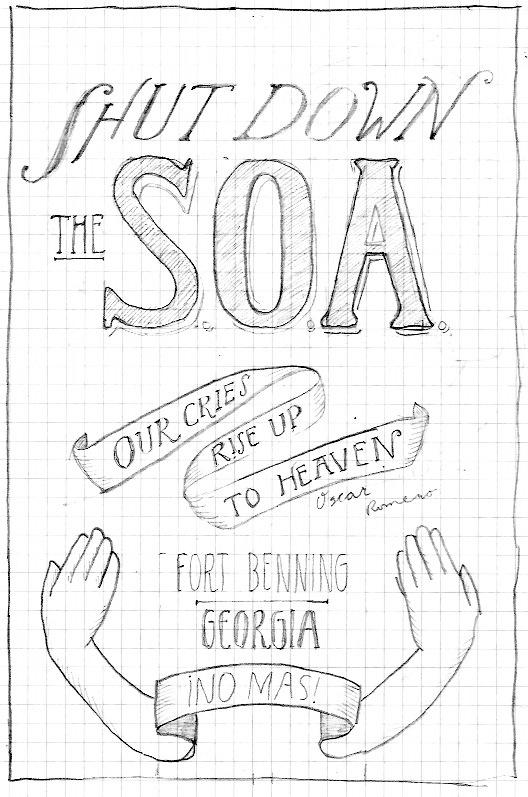 Only I want to try it with the Oscar Romero quote across the top and School of Assassins where the quote currently is. What do you think?

So this is where I am now: 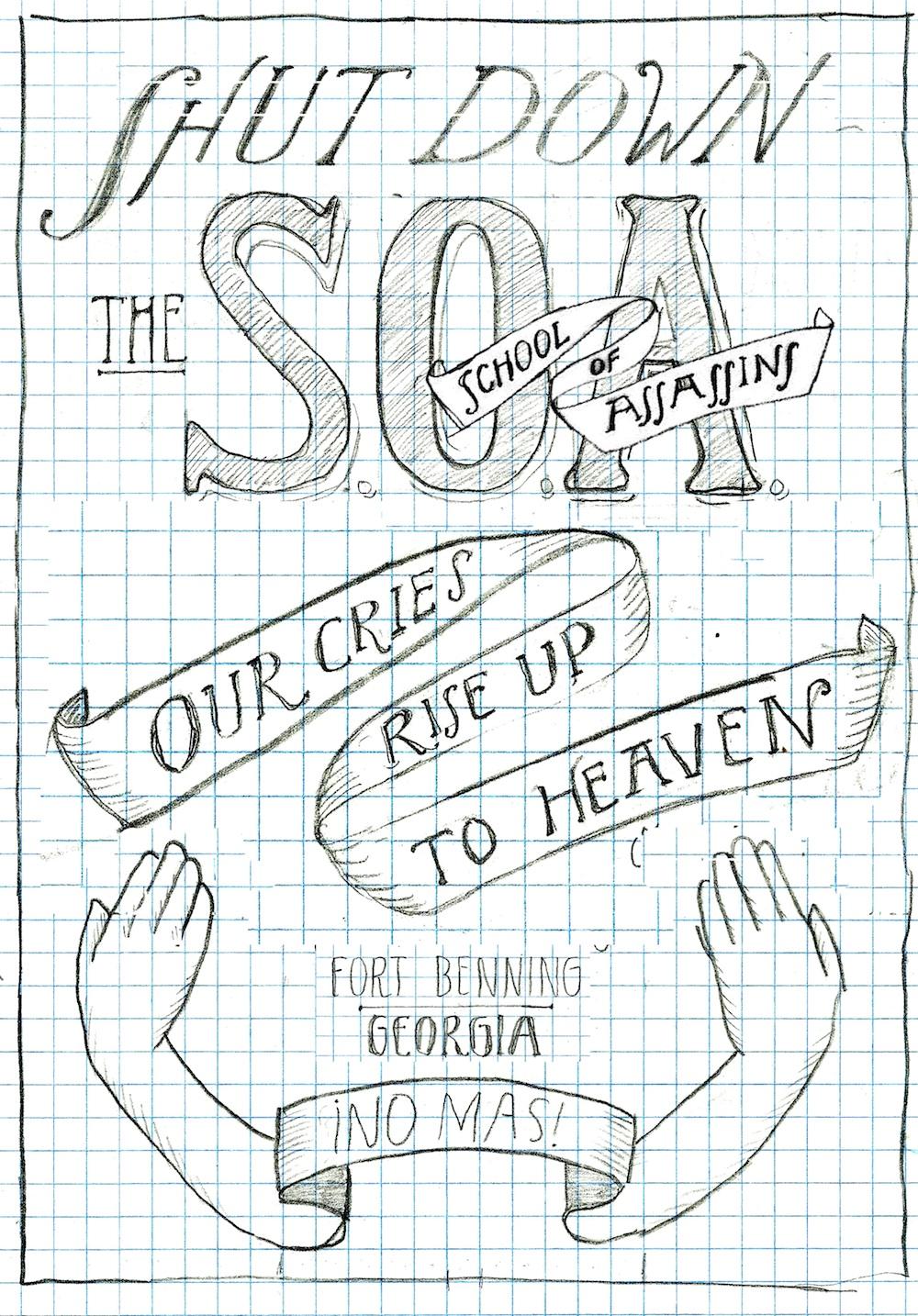 I just cleaned it up and added some color, making adjustments as I went. Do you think the splatter texture is too graphic? 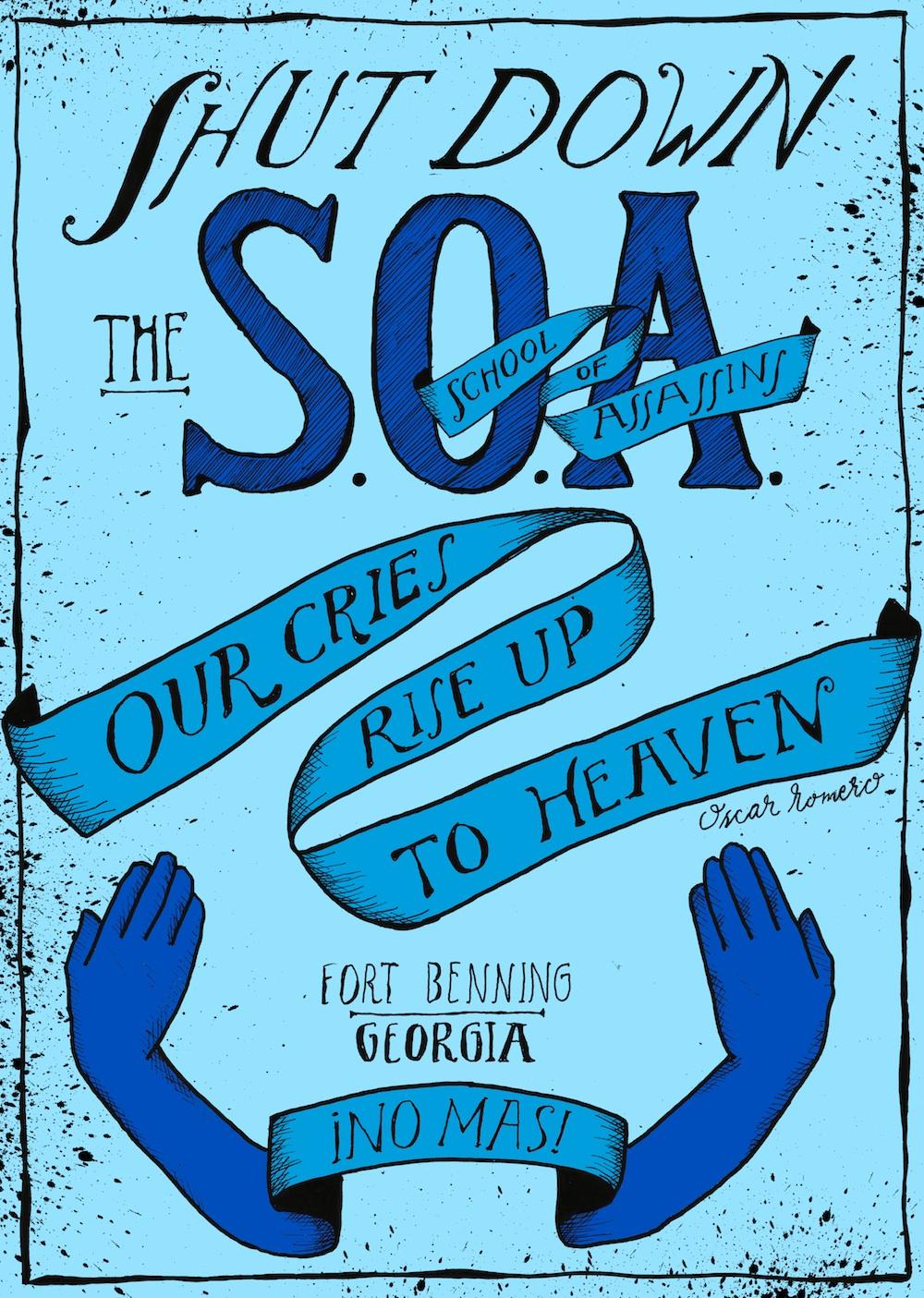 Here it is with all blue texture: 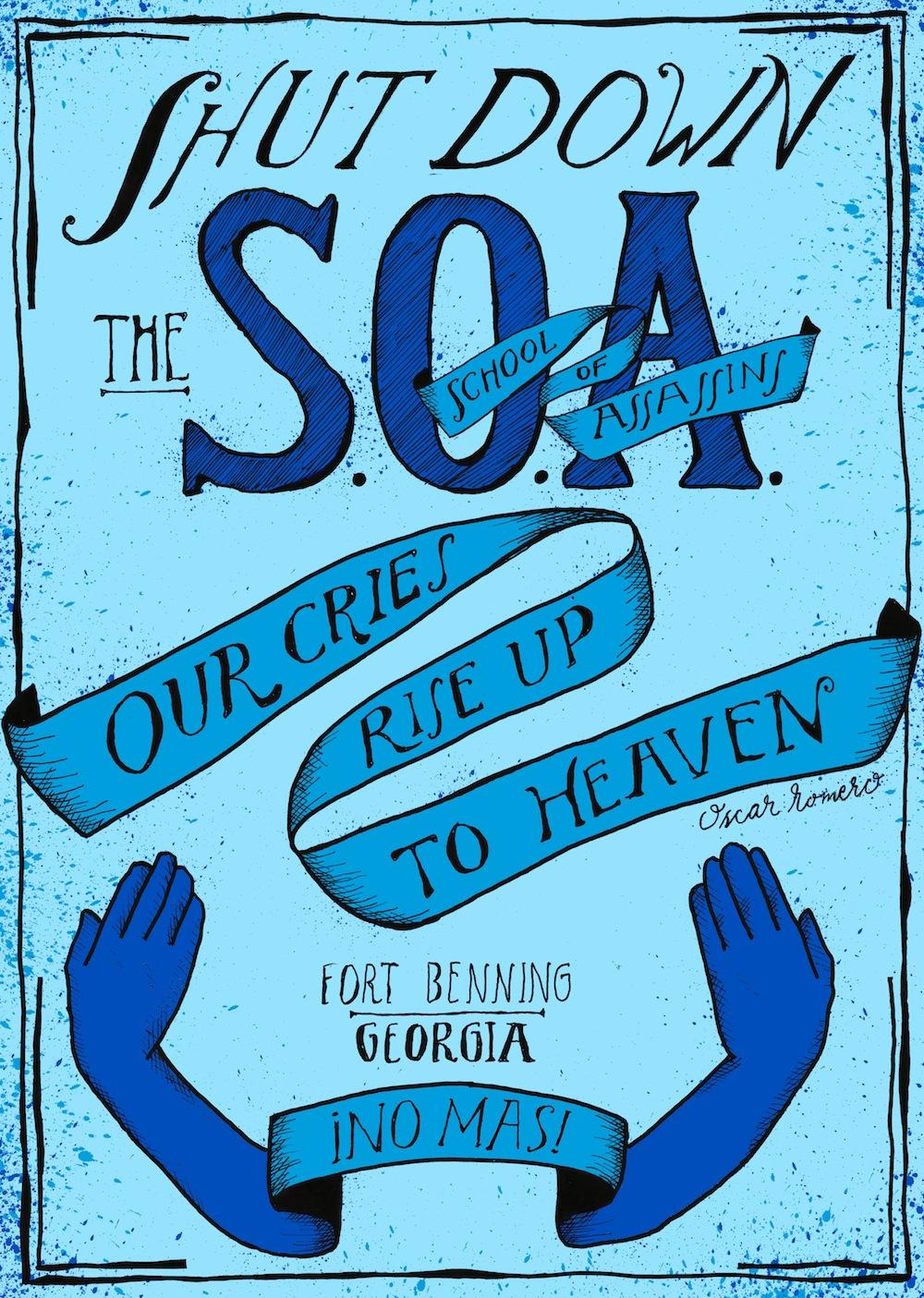 I had some great feedback from classmates and have made the following changes so far: 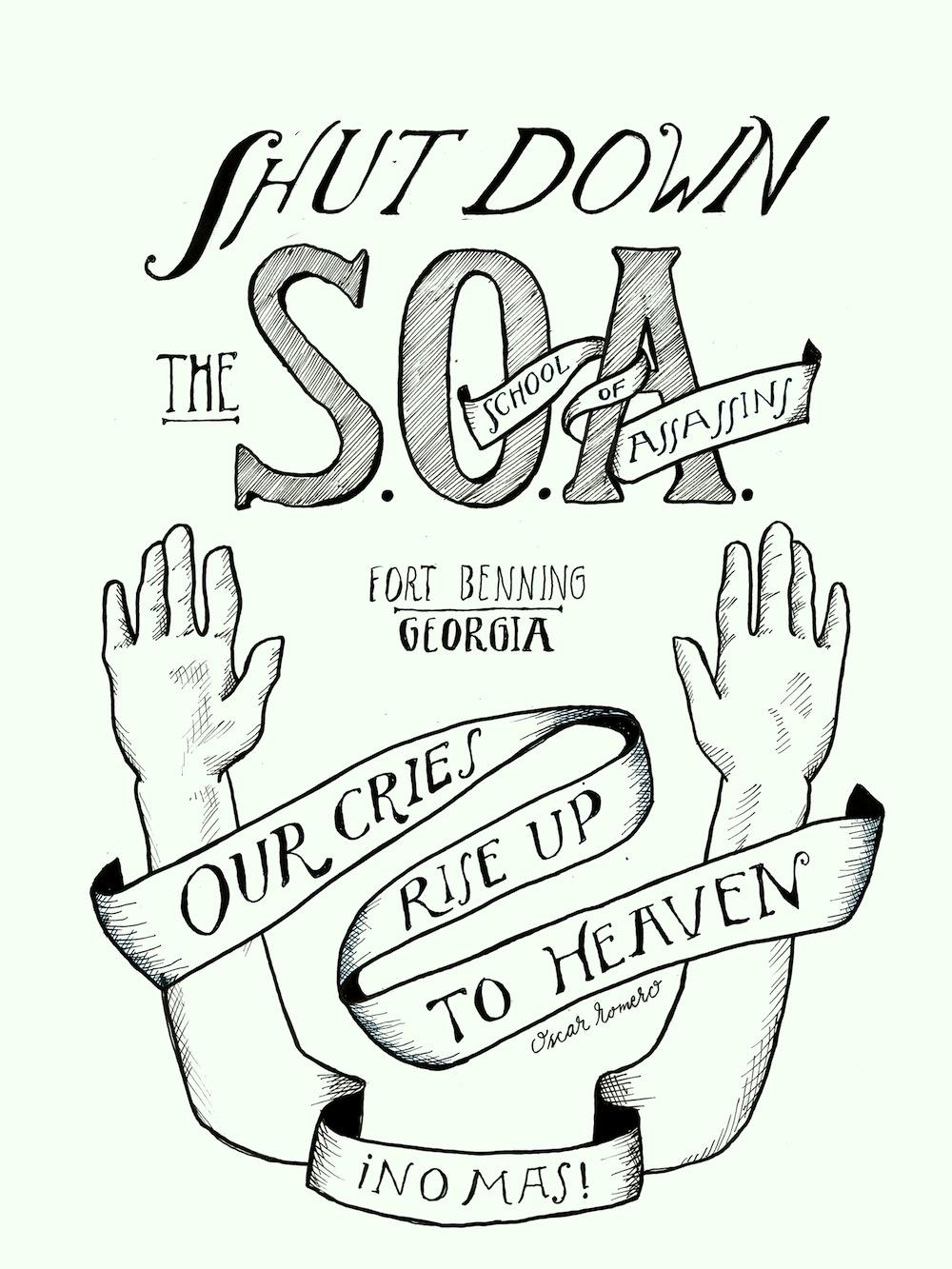 I still feel like it's not quite there. There are size and spacing issues. If you have some ideas about improving it, let me know. 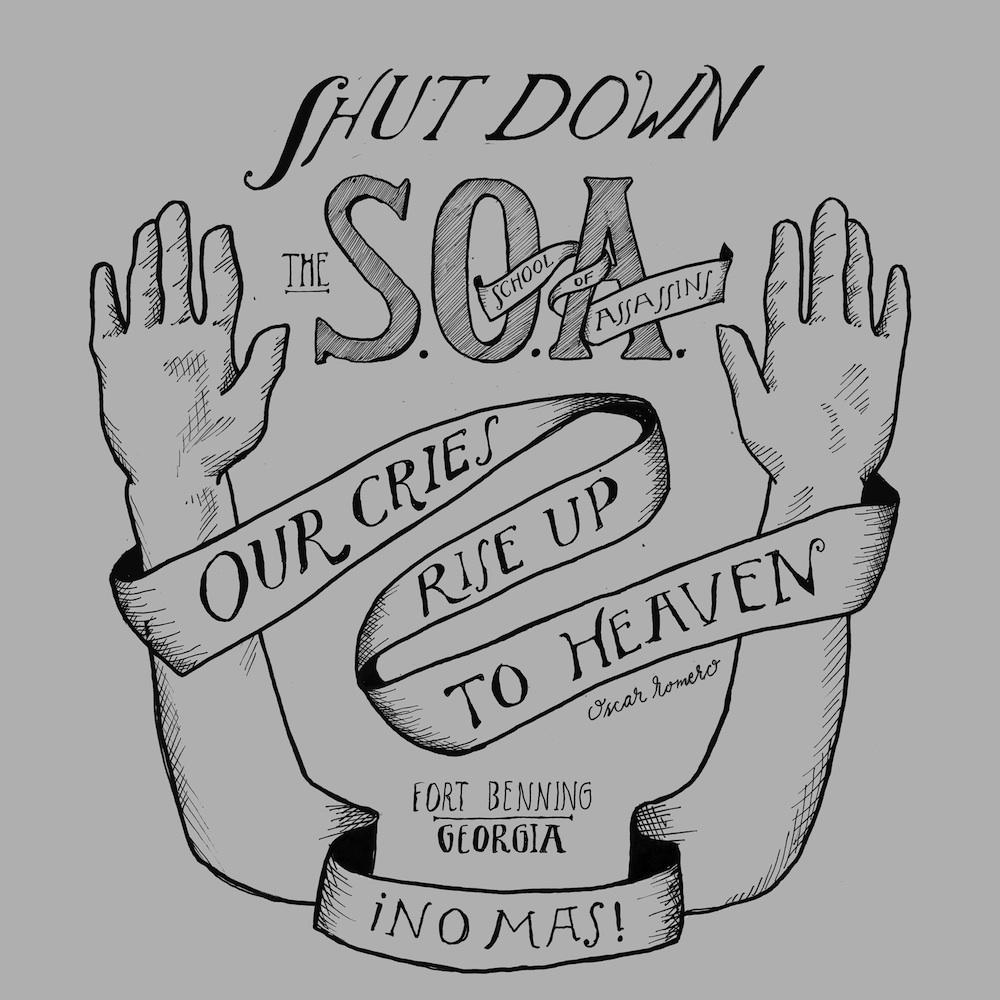 So the most recent change is to the "shut down" part at the top. I have removed the slant and drawn it along an arch that more or less mimics the bottom of the hands/ribbon below. I still aim to add more shading/hatching on the hands and arms especially. 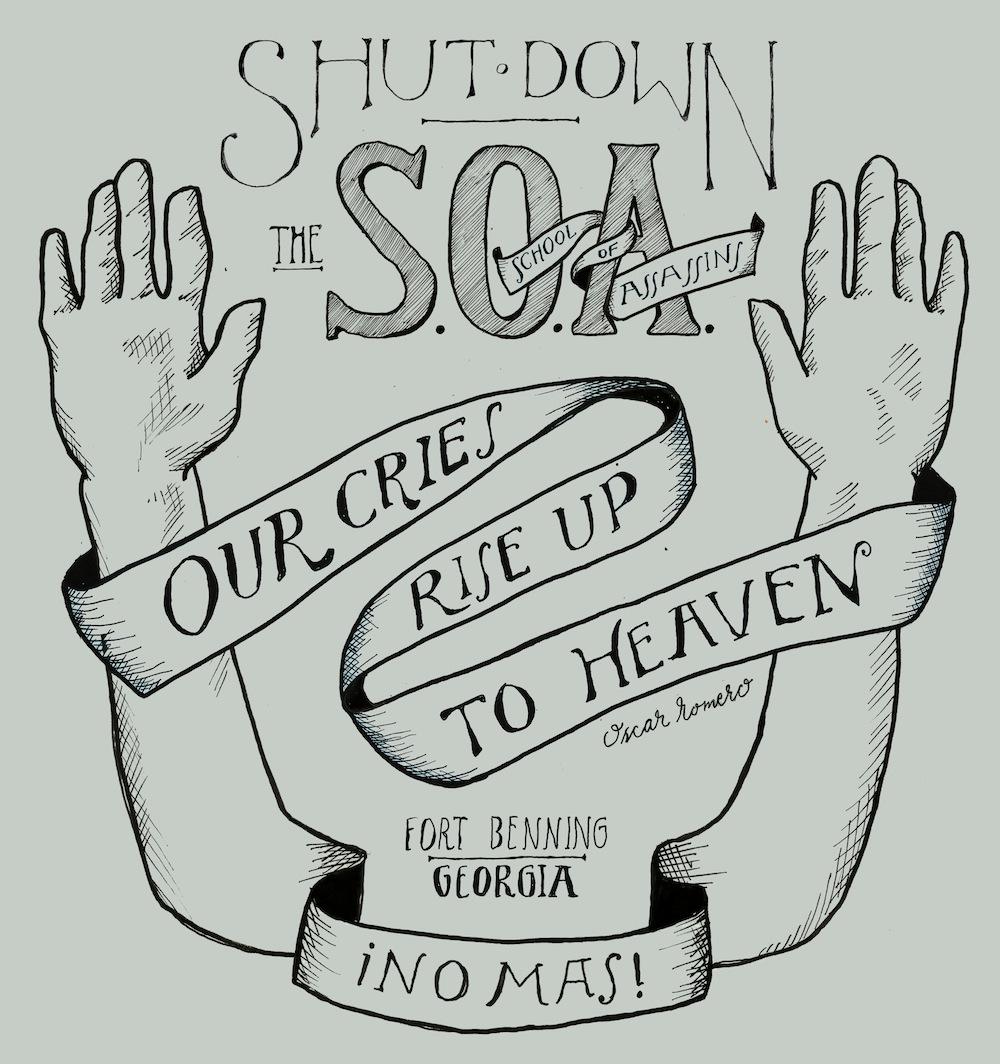