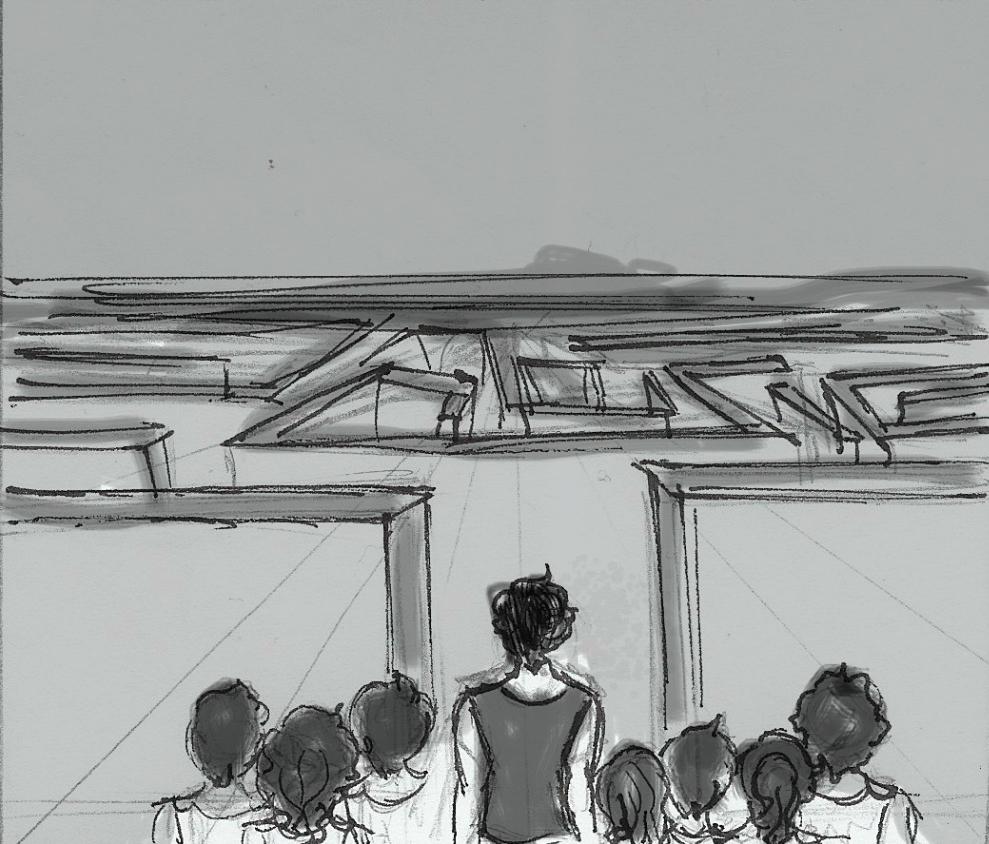 Theseus and the children enter the maze. 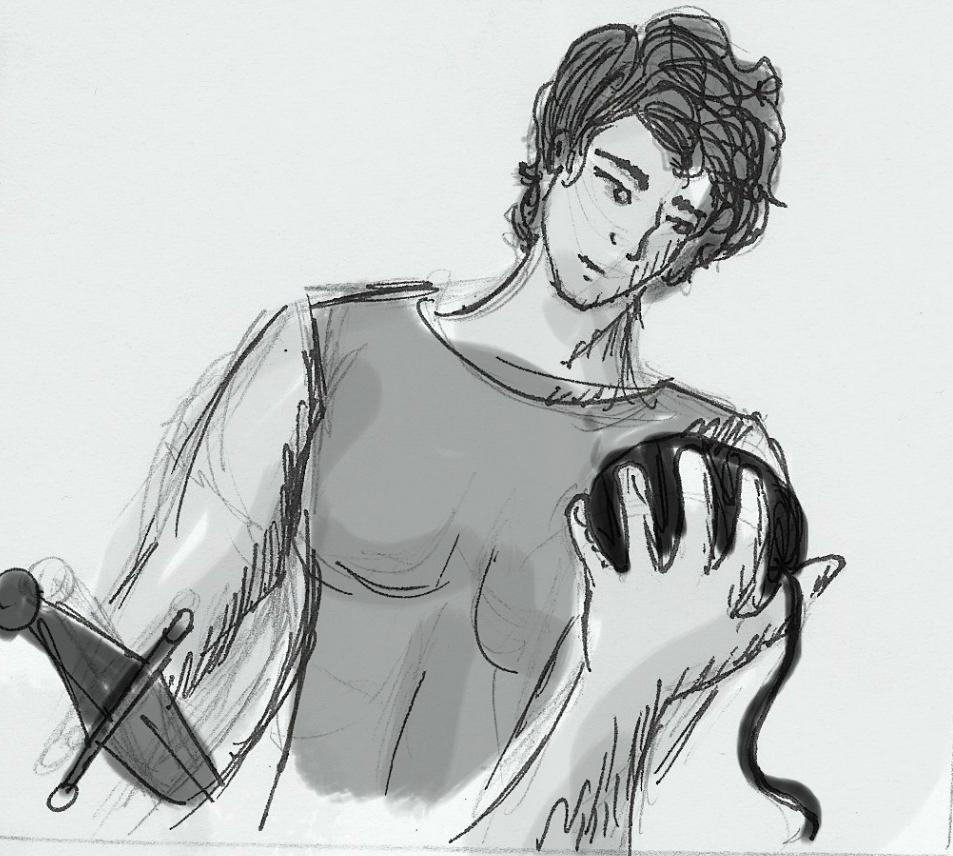 Upward shot of Theseus examining the string, rememebering his encounter with Ariadne. 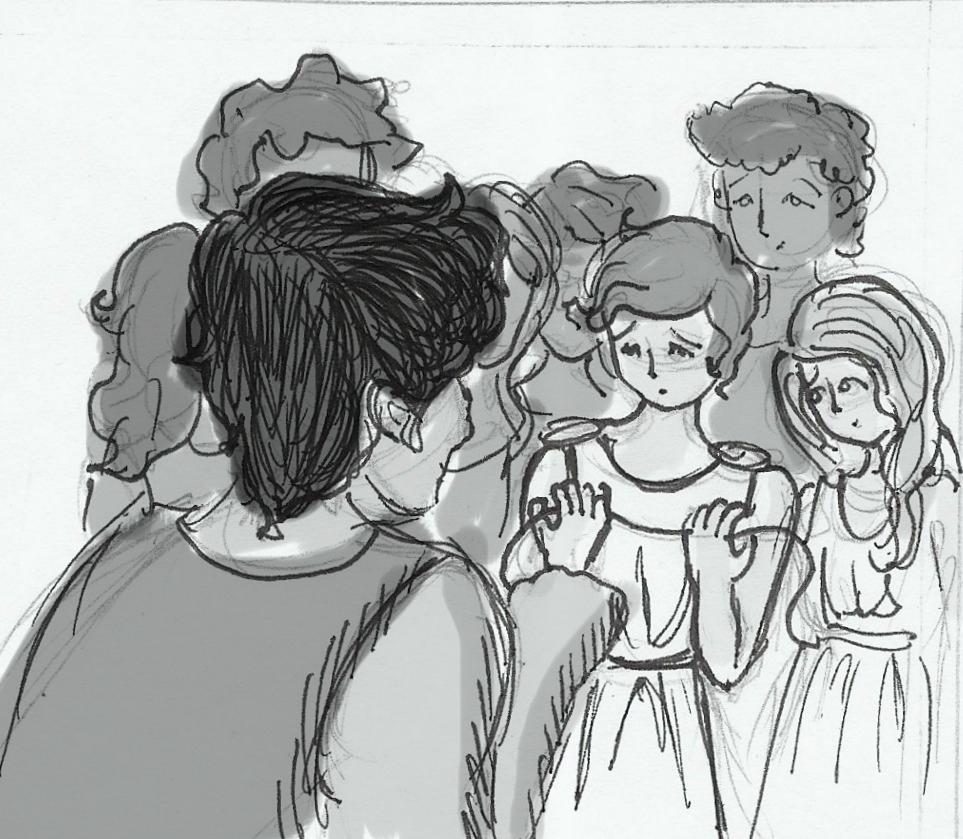 Theseus hands the children one end of the string telling them to stay put as he proceeds into the maze. 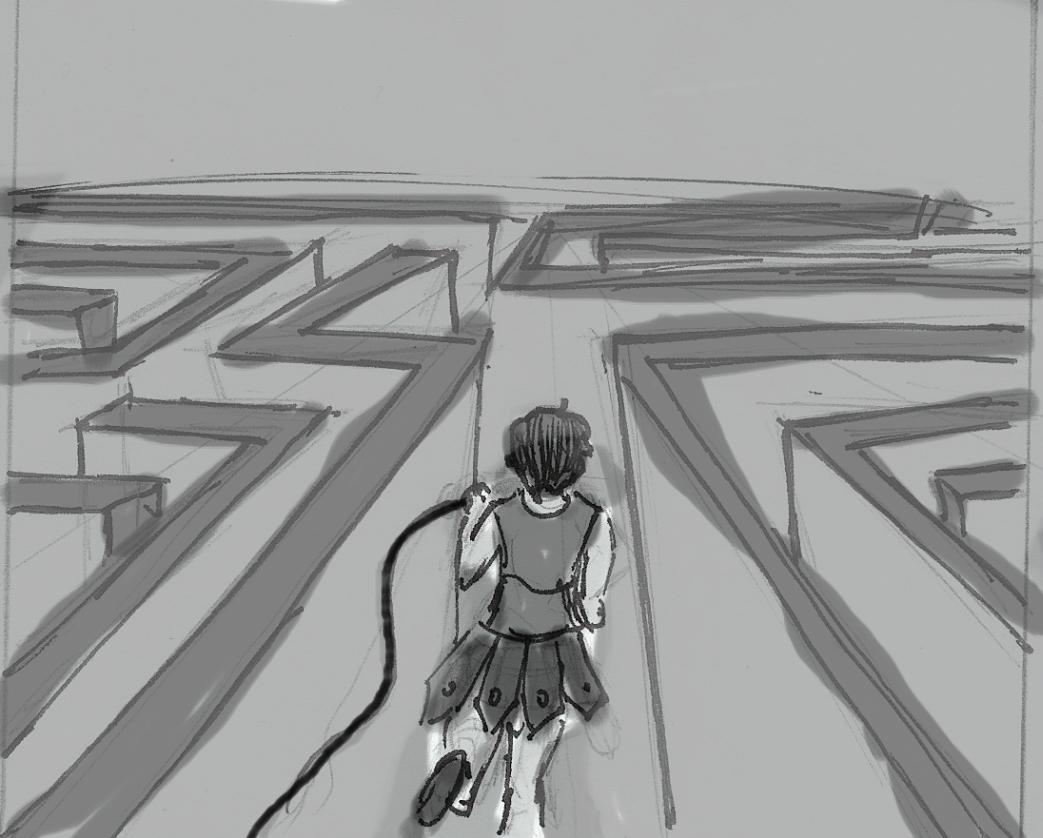 Theseus runs into the maze. 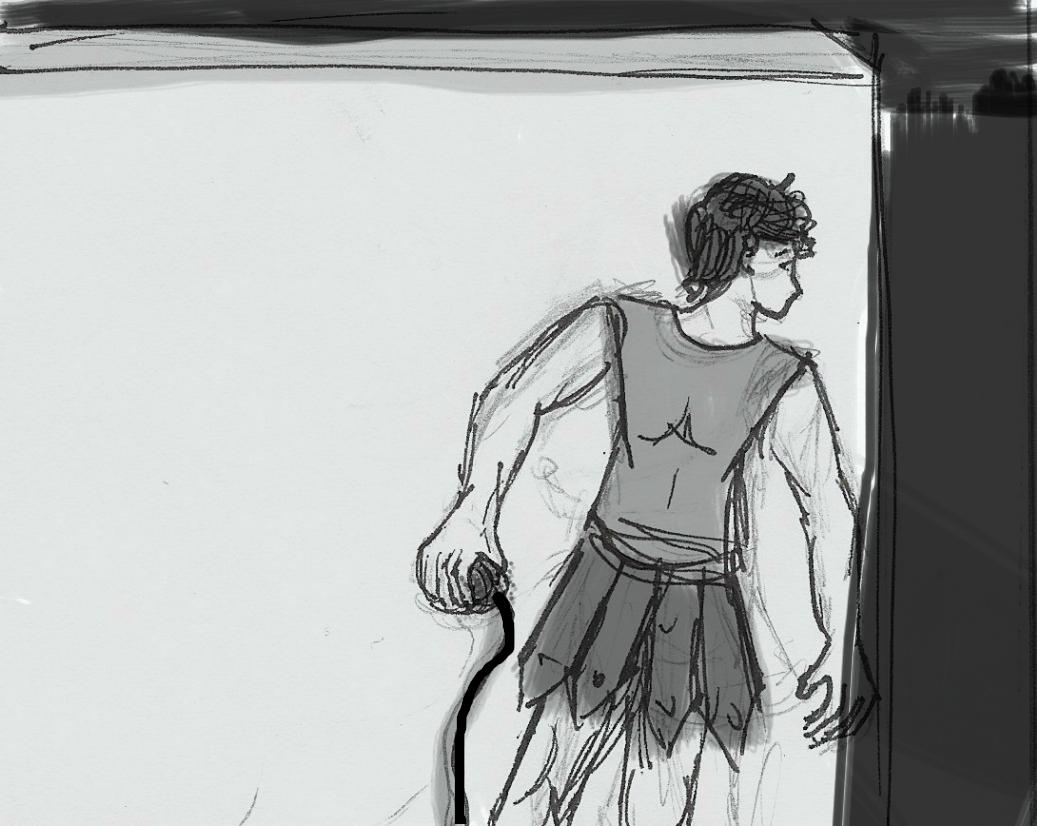 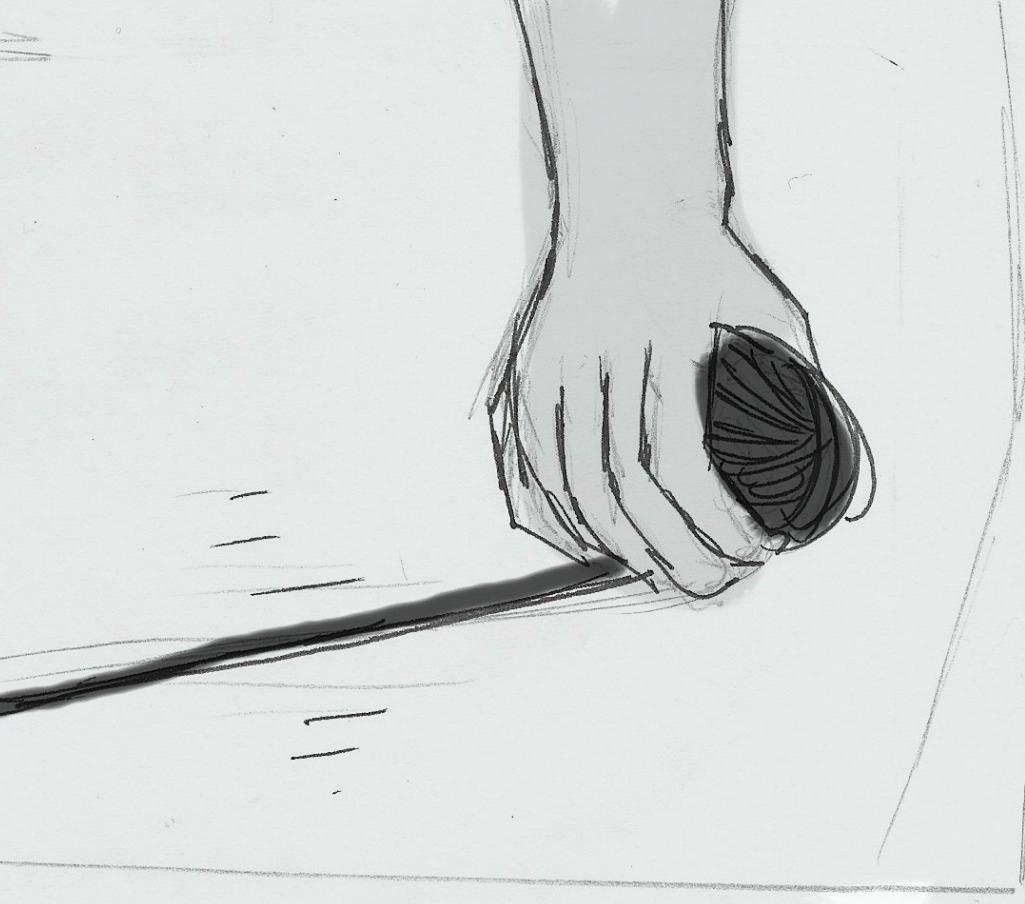 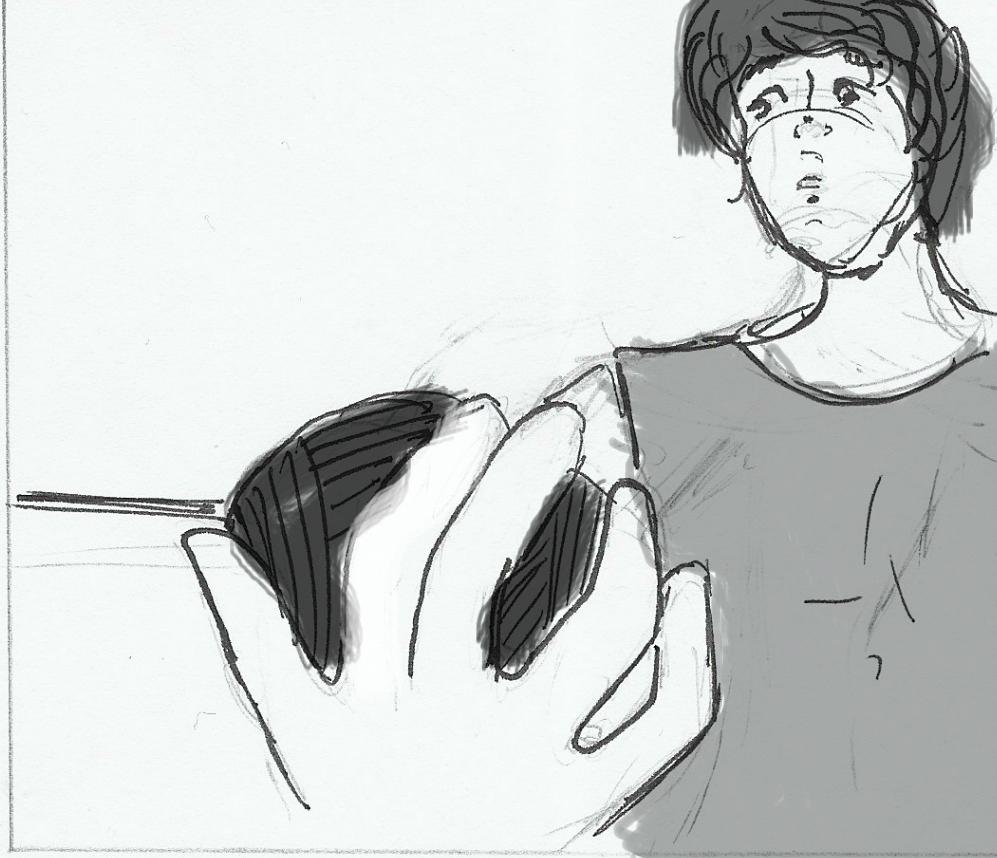 Theseus panics as he things of the children on the other end of the line. 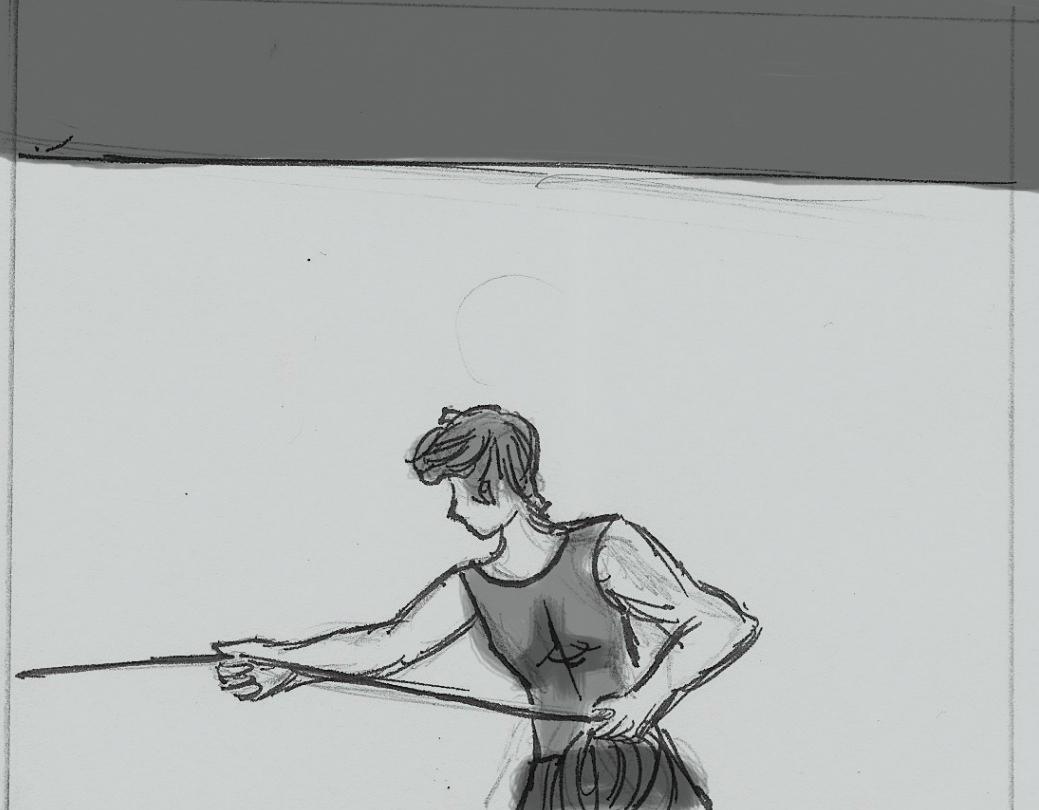 Theseus retraces his steps and follows the line back. 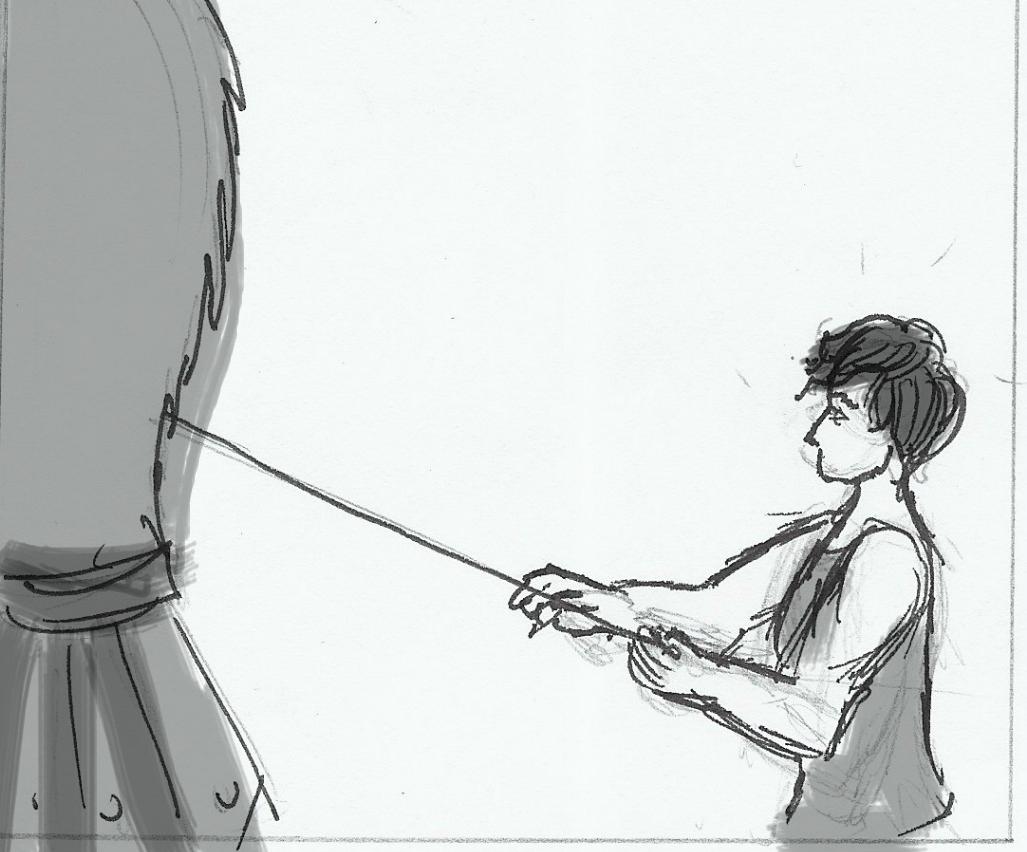 He then finds a large figure on the other end of the string. 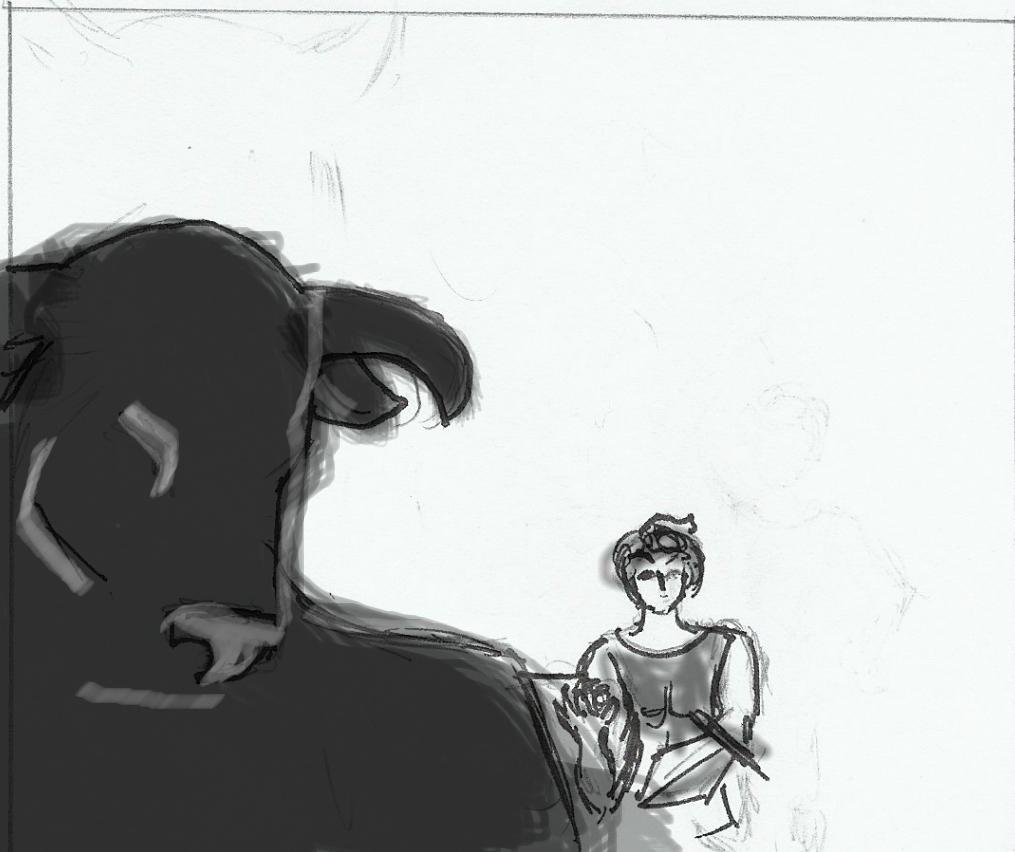 In defense, Theseus pulls out his sword as he prepares to kill the minotaur 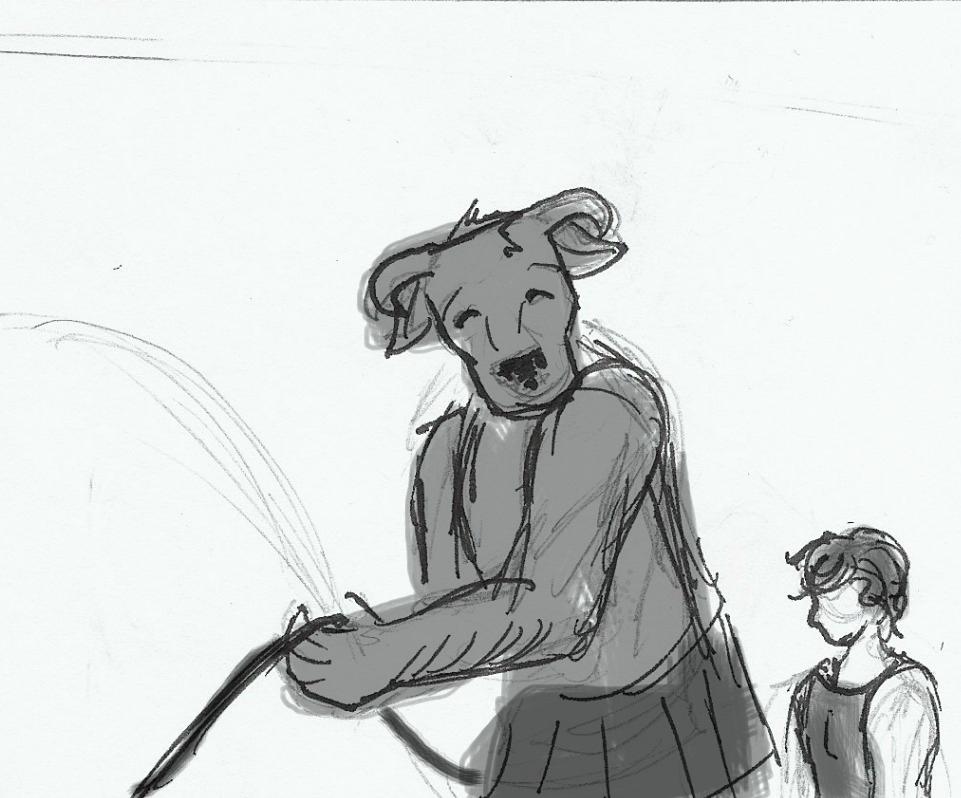 The Minotaur looks back at Theseus and smiles as Theseus observes what the minotaur is actually doing. 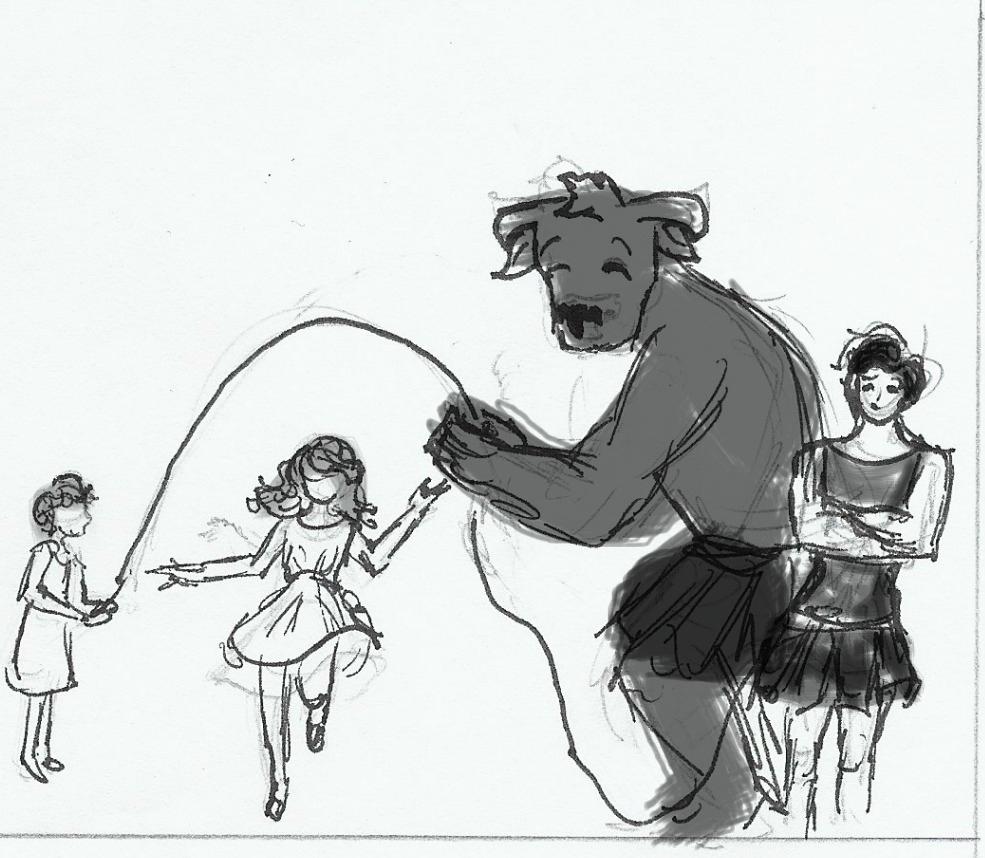 Theseus looks dissaprovingly as the children play jumprope with the minotaur.

Hope you guys enjoy this one. they were some rough sketches I did inbetween classes so nothing brilliant. 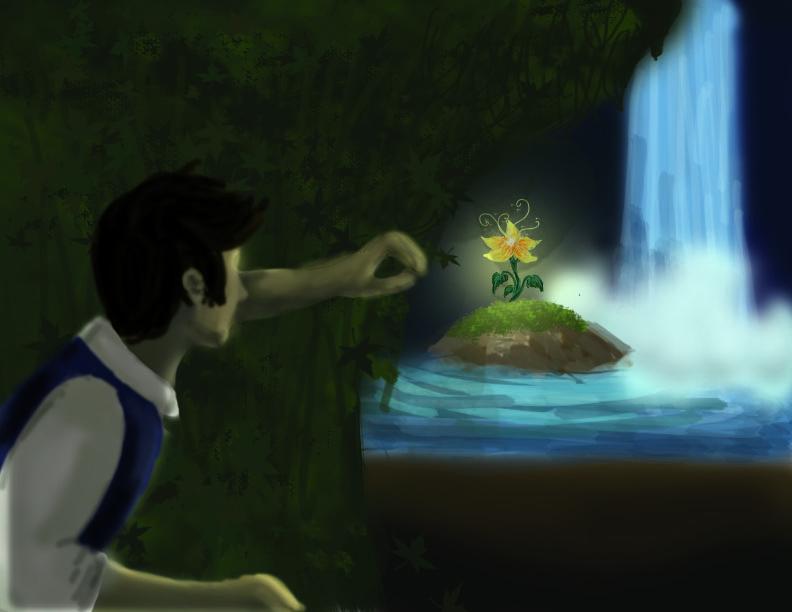 Not as nice as I would have hoped it to be. I just enrolled in the class yesterday so I was a bit rushed. For my first time painting in Photoshop it doesn't seem too bad but bare with me!

I did try to use shapes such as the radial glow around the flower as well as making the rock it sits upon a bit round. It lays on a serene flat landscape but at the same time it is surrounded by a waterfall. Which in its case is vertical which shows instability. This goes to show how there may be more to the flower than what meets the eye. As for the guy, I tried to make him slightly more angled because when I draw, my characters are usually stiff. I wanted him to look like he was sort of sneaking around.

My main idea was that while traveling through the forrest, a young man stumbles across a curtain of ivy. Once he pulls open this curtain he discovers a magical golden flower by a waterfall. Criticism is welcomed!