I'm confident to say that my project works as it was intended but I still got an issue involving the Exception Value Error function, since the user can input a float it comes back to ask the question but changes the values of the random numbers.

I had an idea on how to solve it, basically I would have write same question with the same values after the exception function, but I don't know how implement a while loop involving the user's being a float or string answer until it becomes an integer. Also there's an error message involving string characters and I don't know how to use the Exception function so it can act as it if were a float.

Thanks for the course! It helped me get back in track of coding. 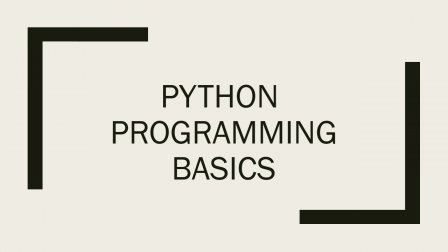 Python Programming Basics: How to go from Beginner to Pro
Connor Look