When I started to do my storyboard, I originally created a story arc starting with Ariadne giving Theseus the string and sword as the start of the story, Theseus searching for the Minotaur as the rising action, the fight and killing the Minotaur as the climax, and Theseus and Ariadne escaping Crete as the resolution. However, I realized I wouldn't have enough time to create a storyboard containing all of those elements and settled on the scene where Ariadne gives Theseus the string and sword in return for passage off of Crete. 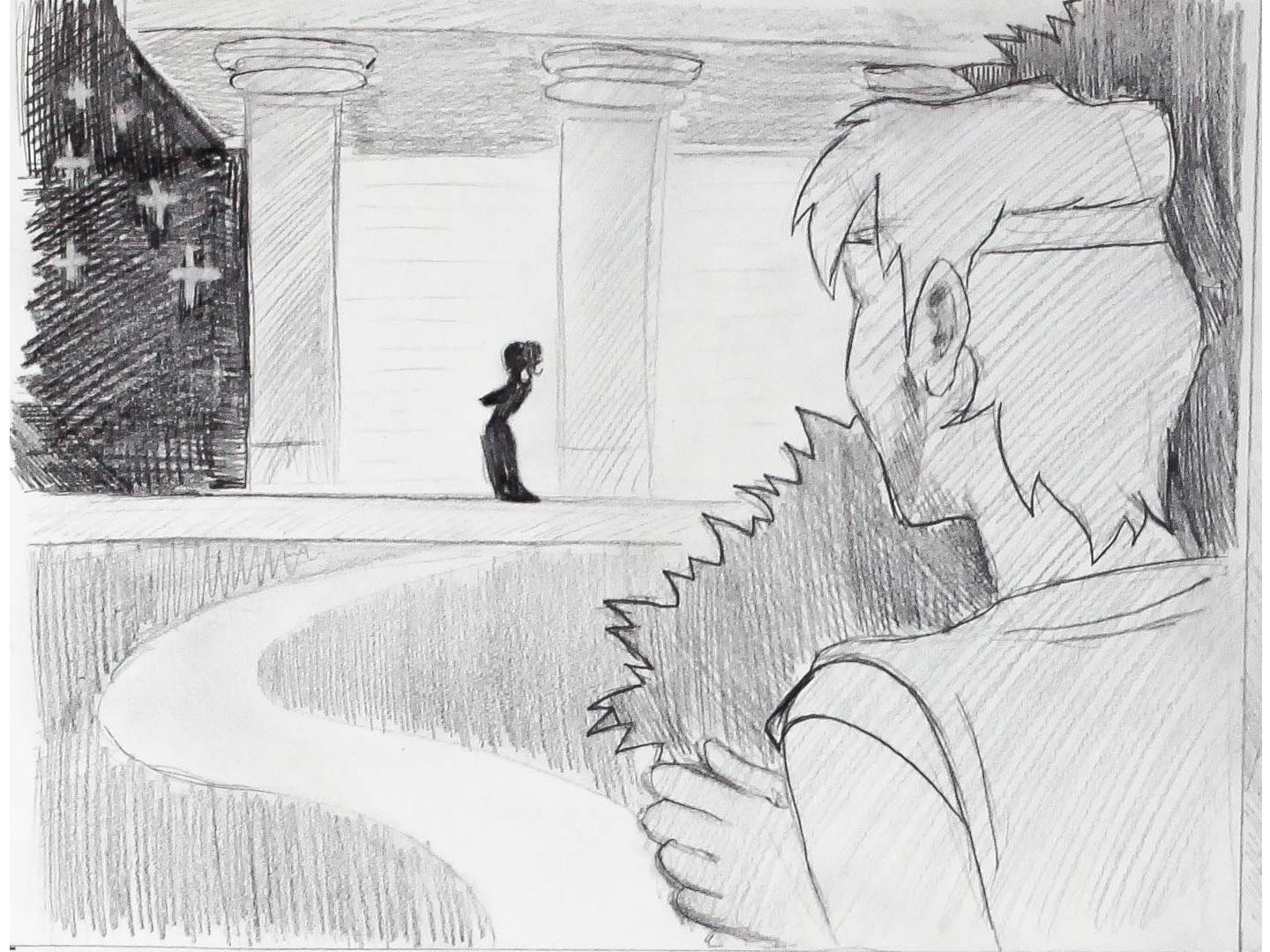 Theseus, hiding behind a bush sees Ariadne waiting for him outside the palace. 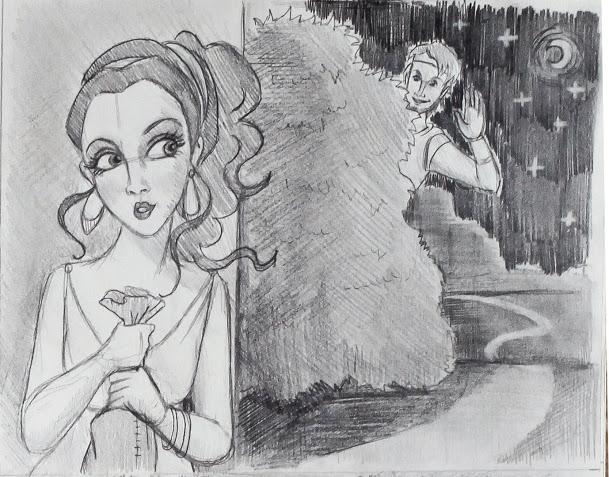 Theseus calls out to Ariadne from behind the bush letting her know he has arrived. 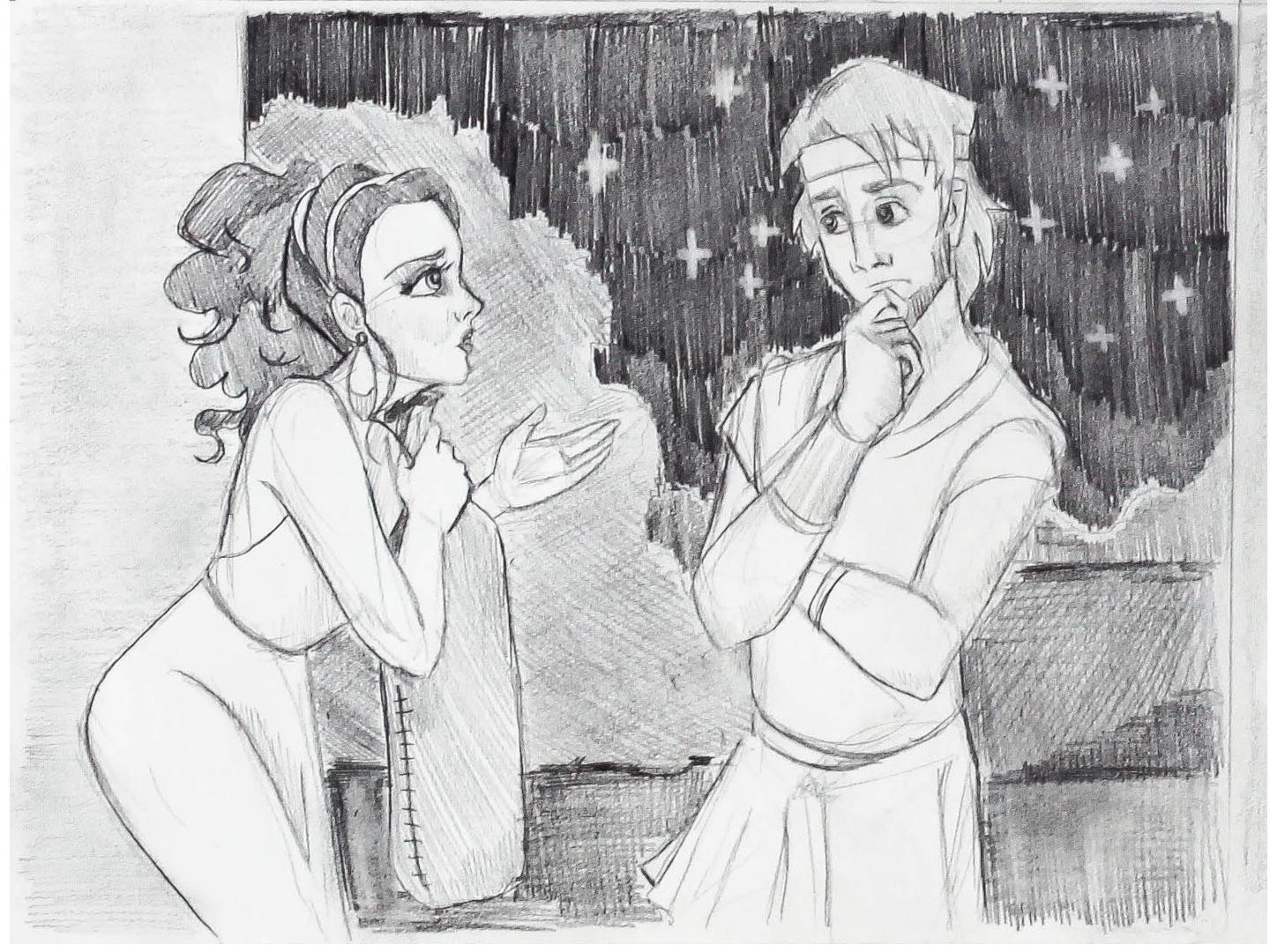 Ariadne explains to Theseus that she has something that might be able to help him fight the Minotaur... 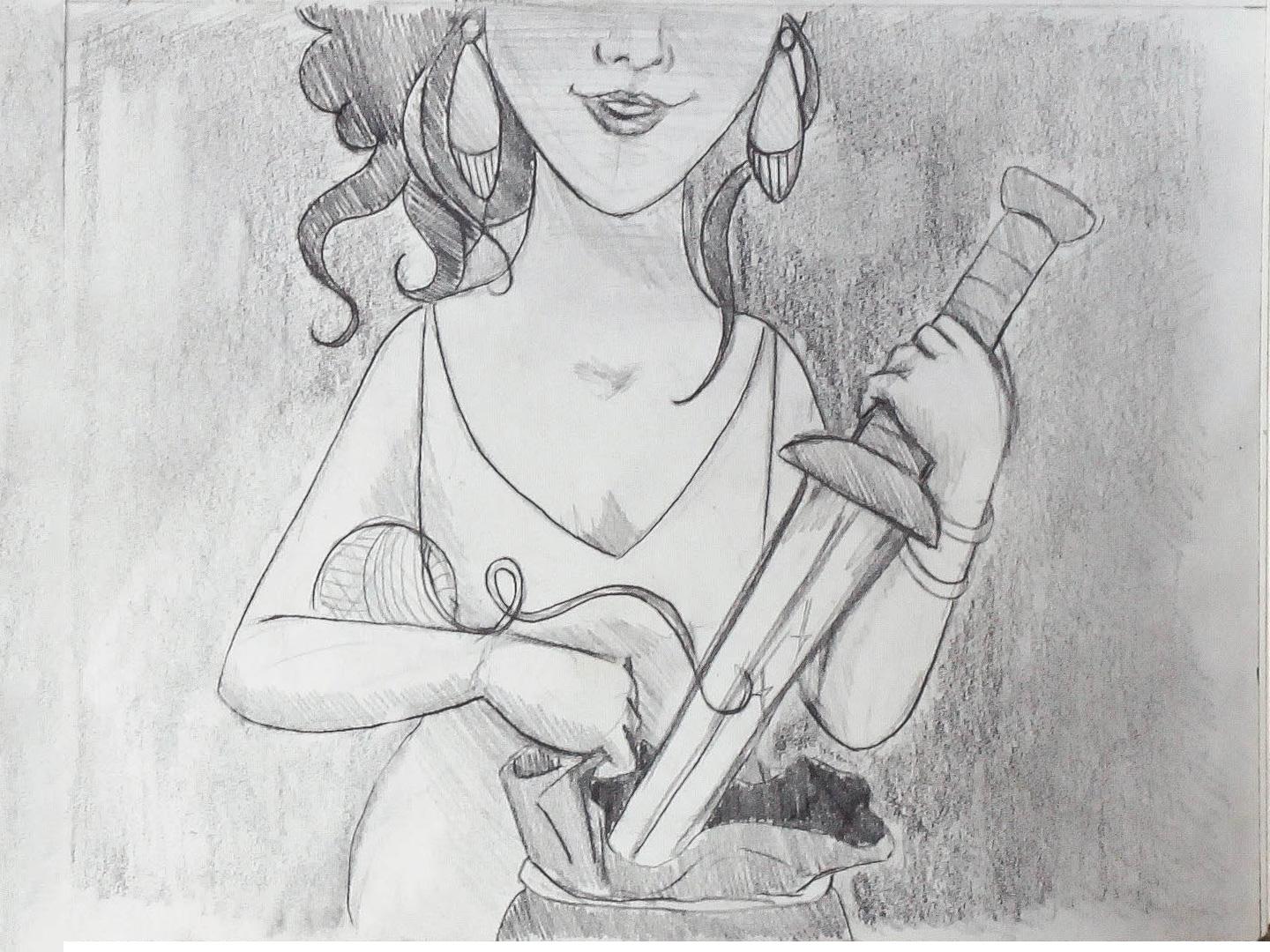 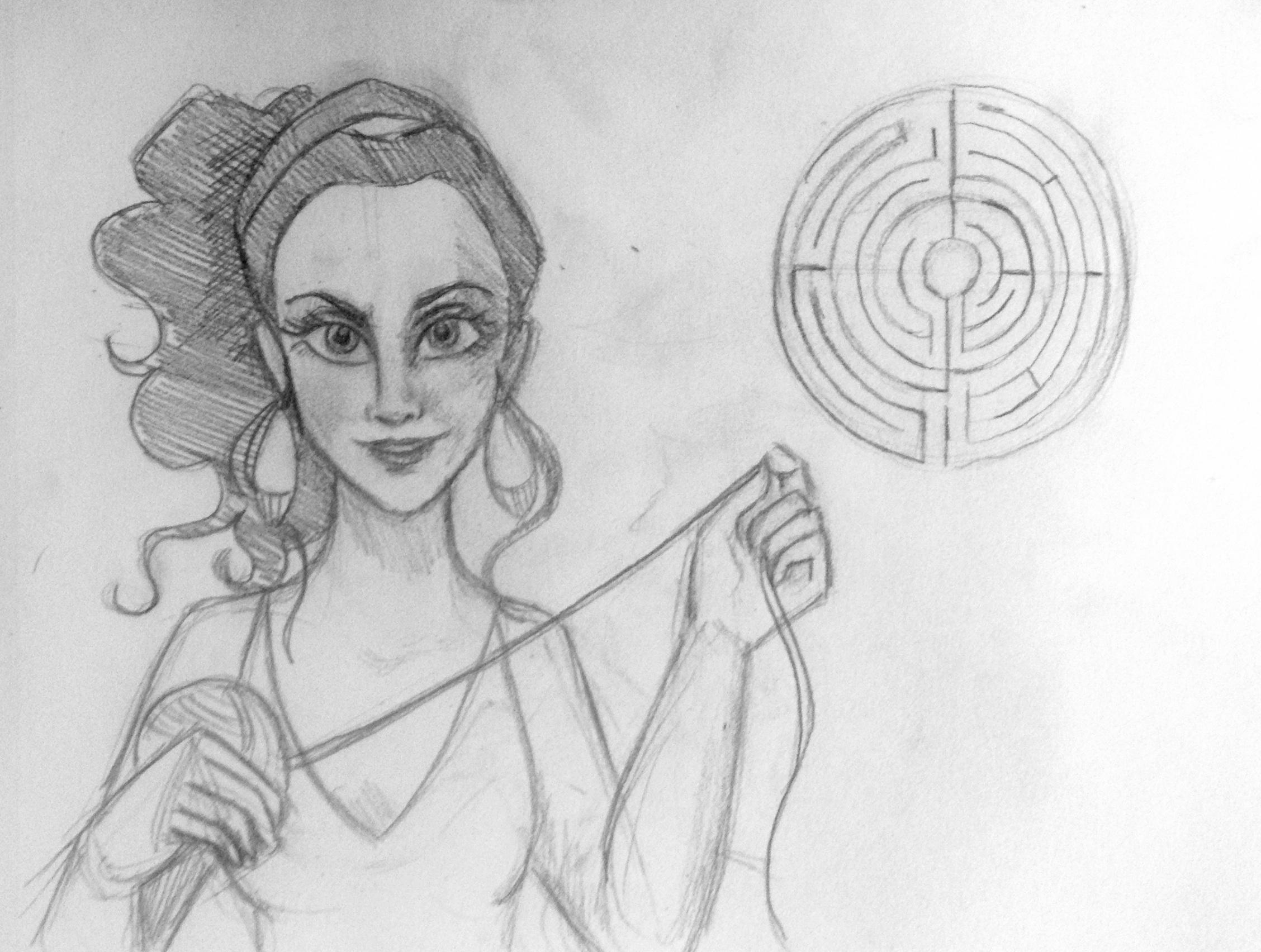 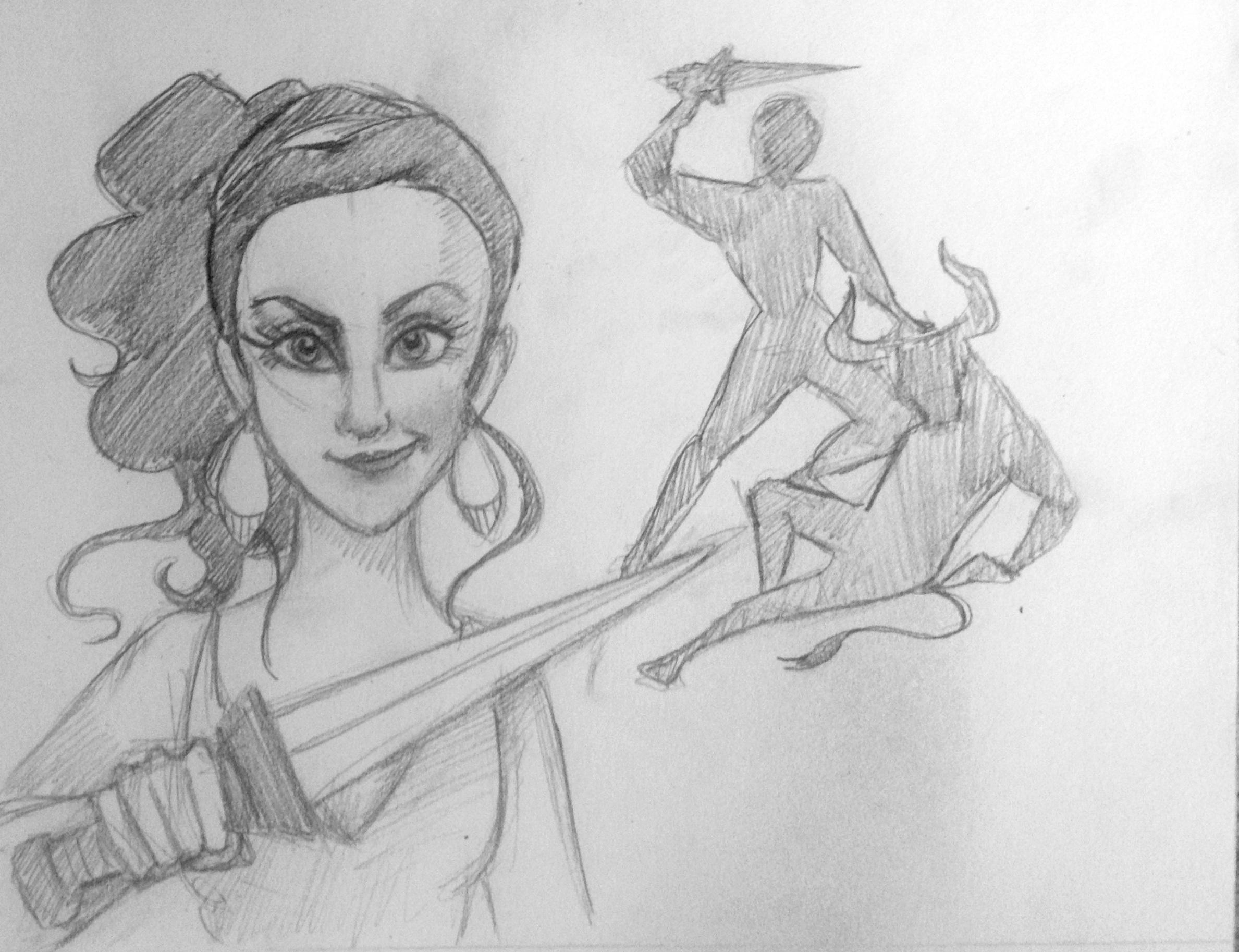 ... A string to guide him in the maze and a sword to kill the Minotaur. 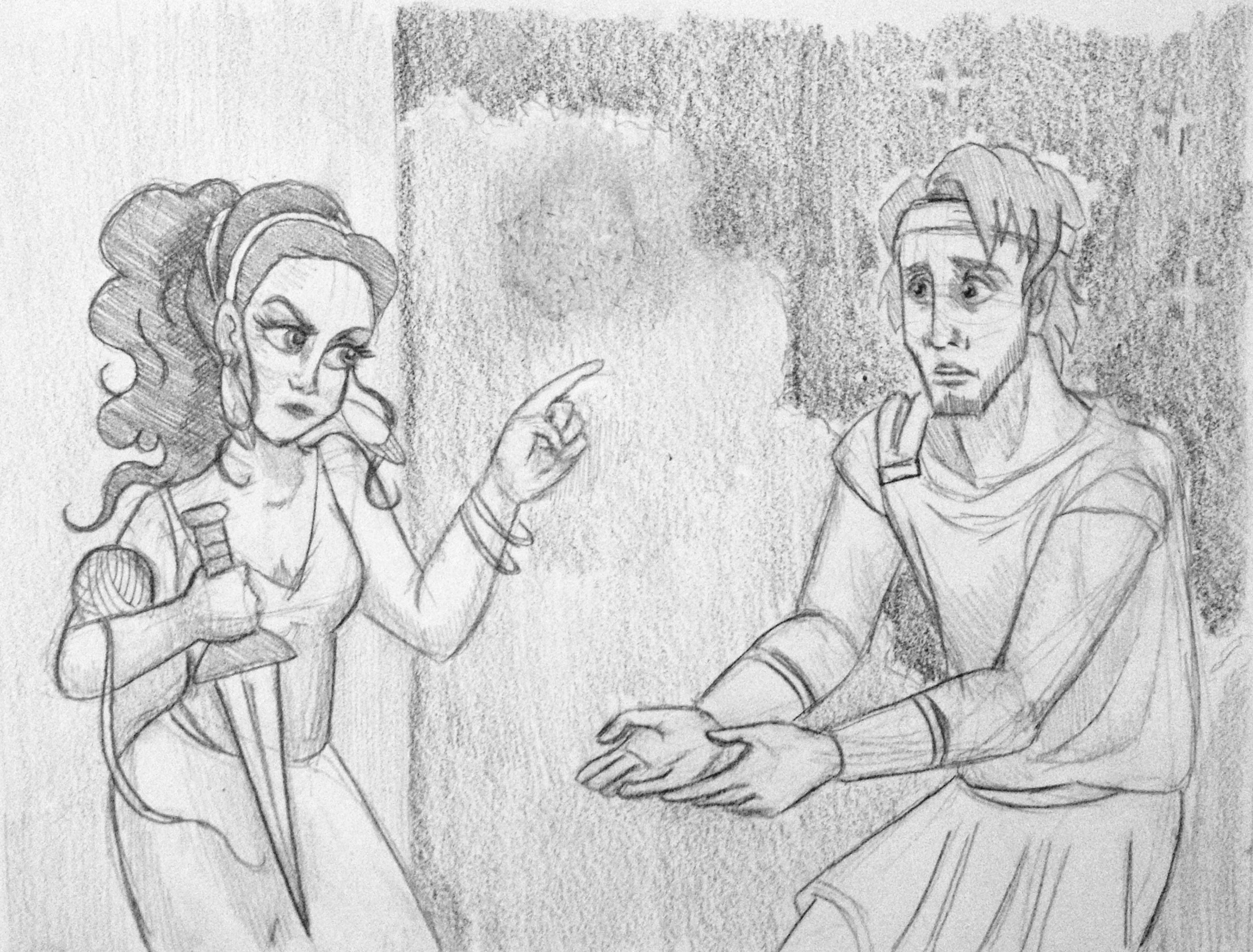 As Theseus is about to grab the sword and string, Ariadne says, "Wait. You have to do something for me in return." 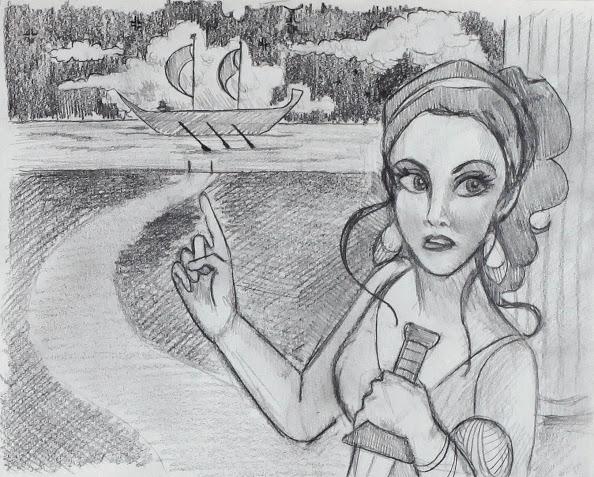 "You have a boat to help me get off of this island and I have what you need to defeat the Minotaur. I will help you if you will help me." 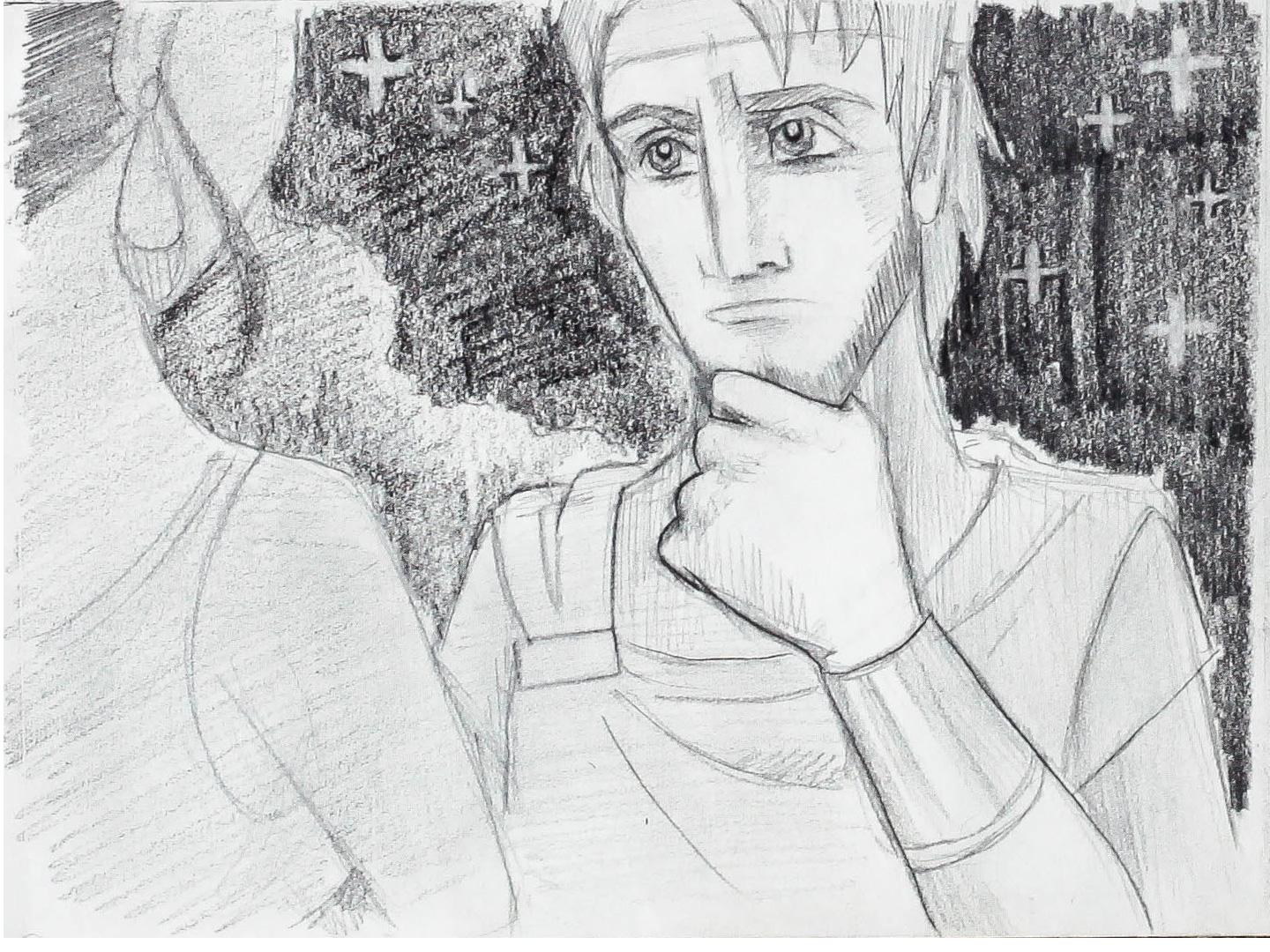 Theseus thinks about her offer. 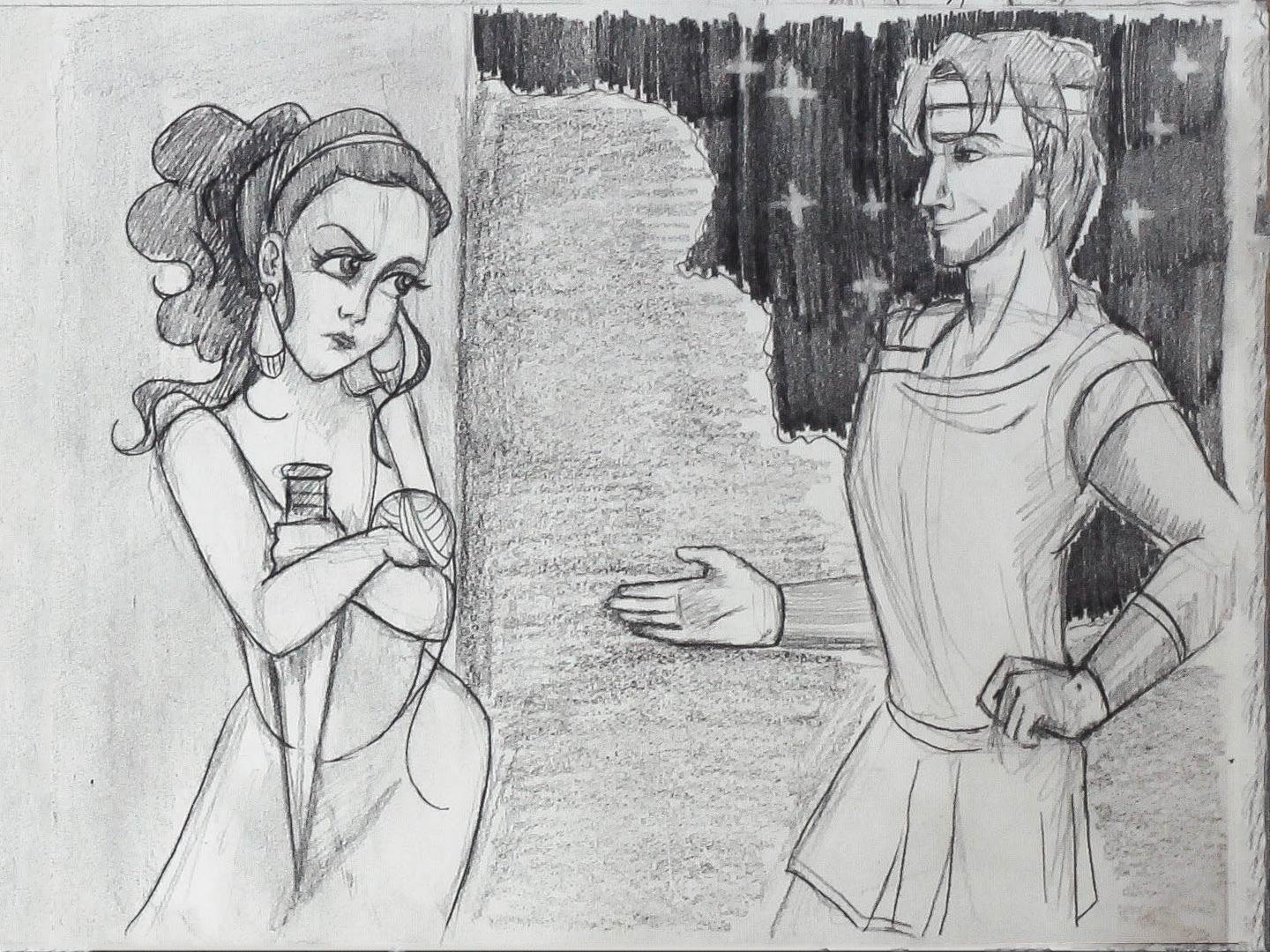 Theseus agrees to the deal and offers to shake on it... 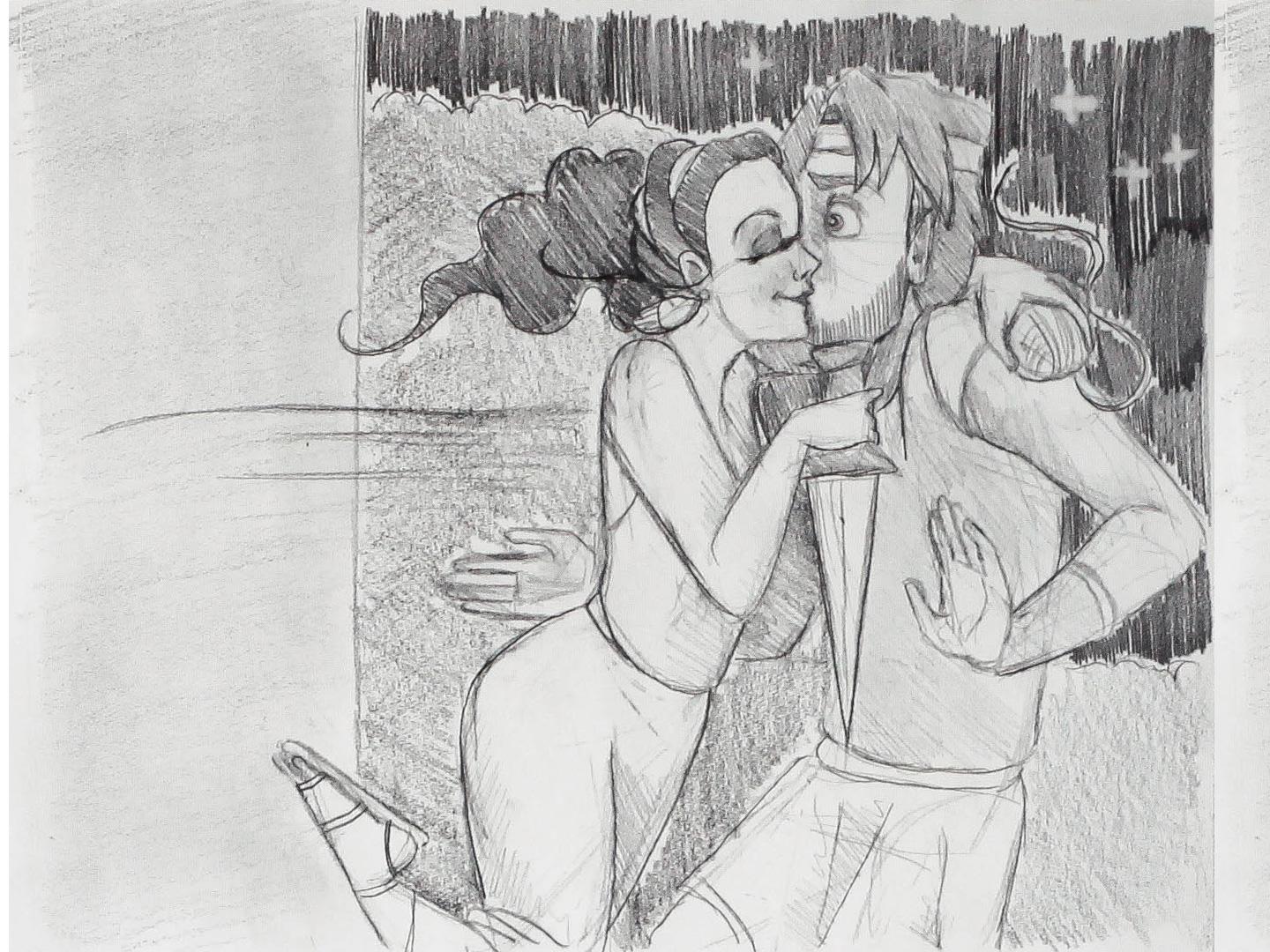 ... but Ariadne decides to seal the deal with a good luck kiss instead. 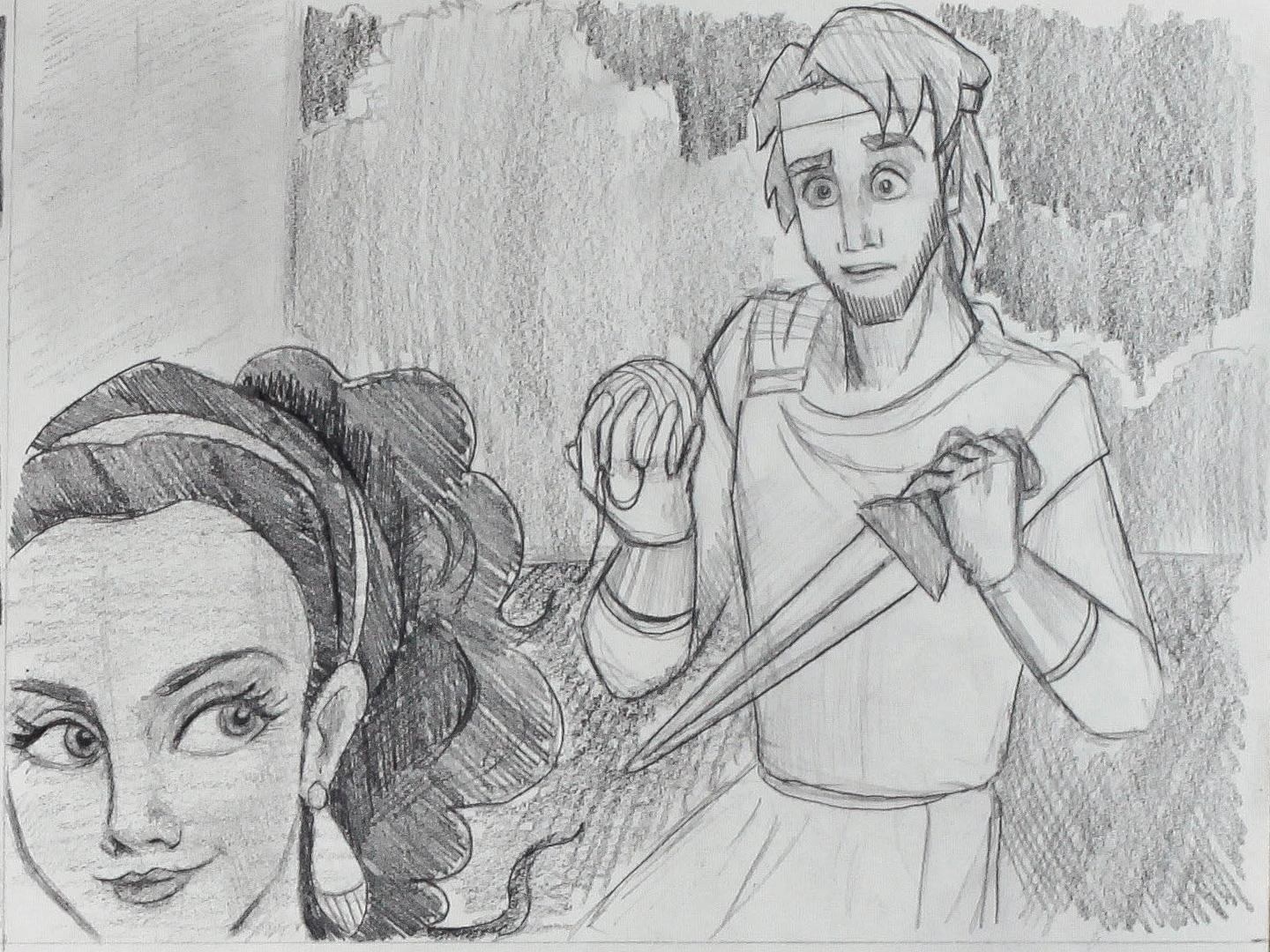 Ariadne gives Theseus the string and sword and walks away. 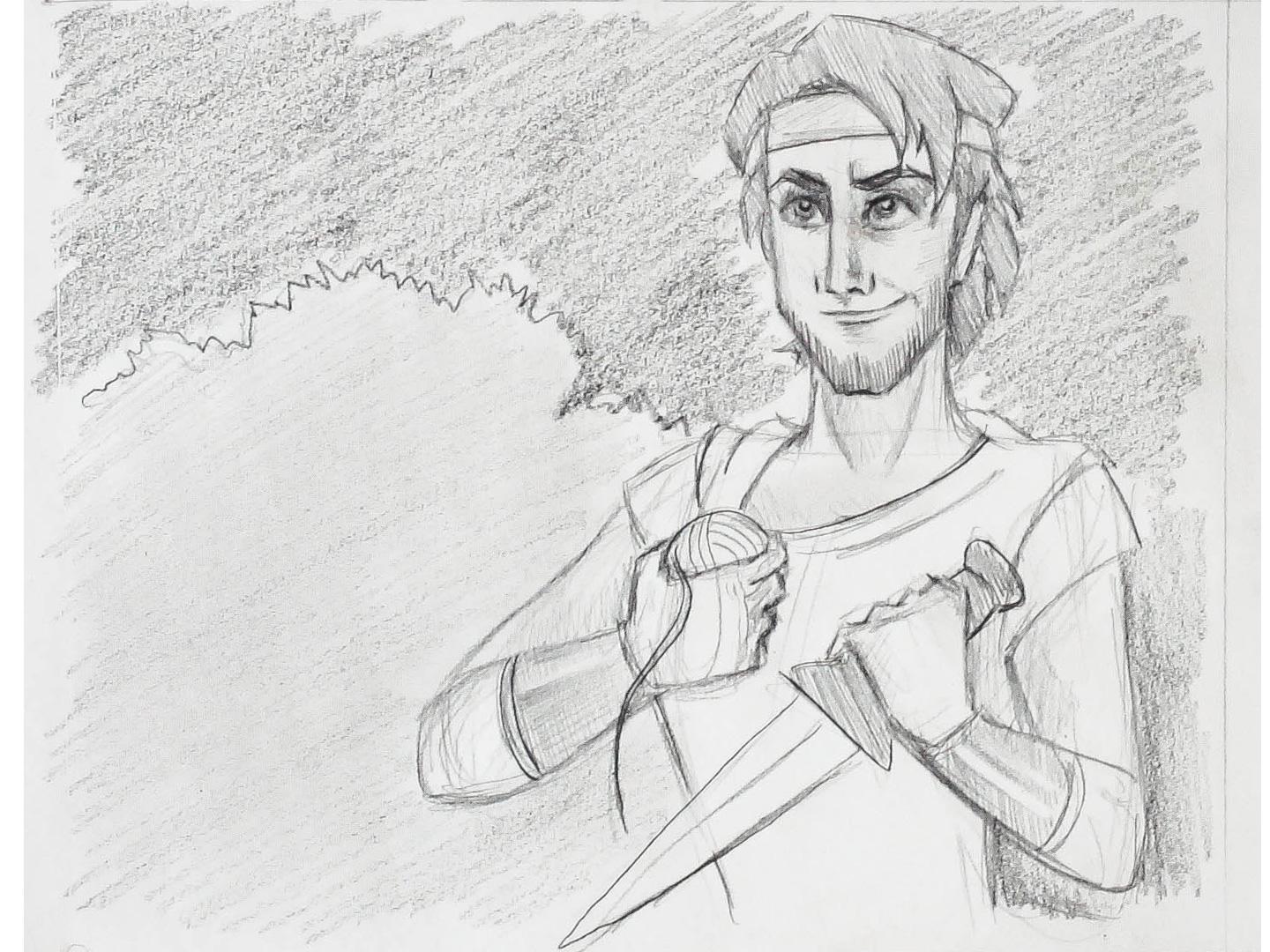 Now Theseus is confident that he can slay the Minotaur!

Just for fun, here were the original character sketches I did of Theseus, Ariadne and the Minotaur. 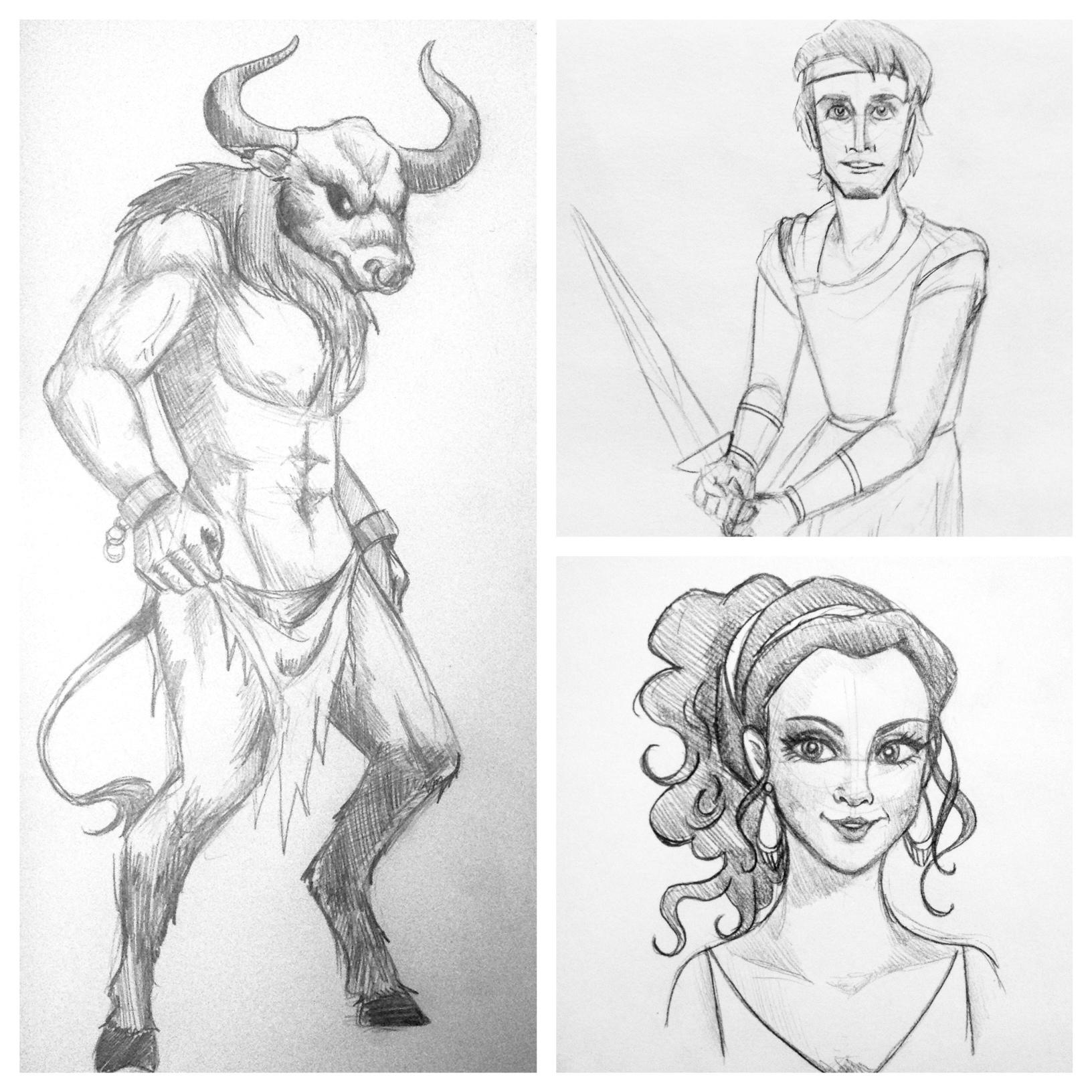 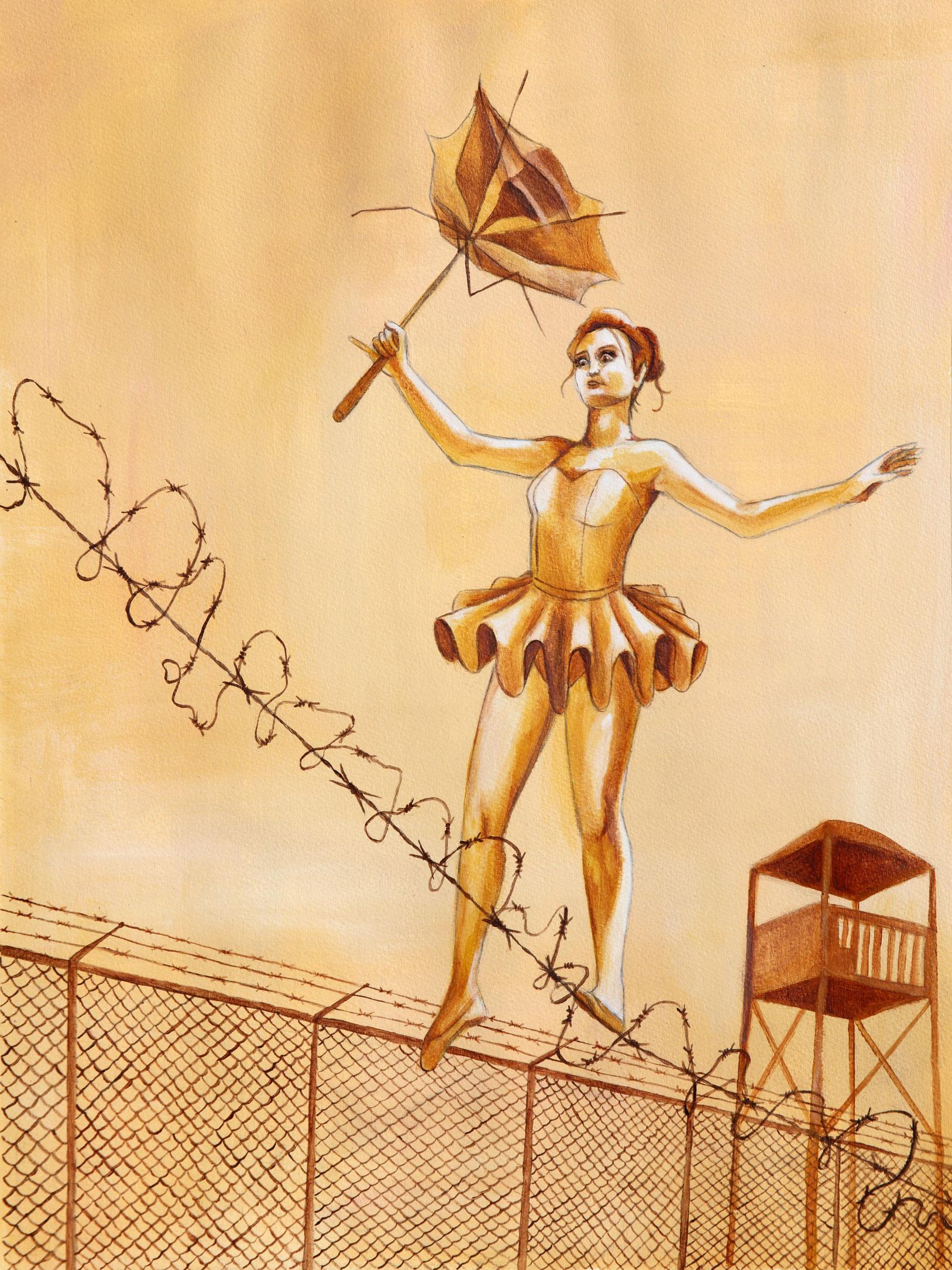 Here's the revised version of my project. I added in a fence and prison watchtower to fill up some space at the bottom. 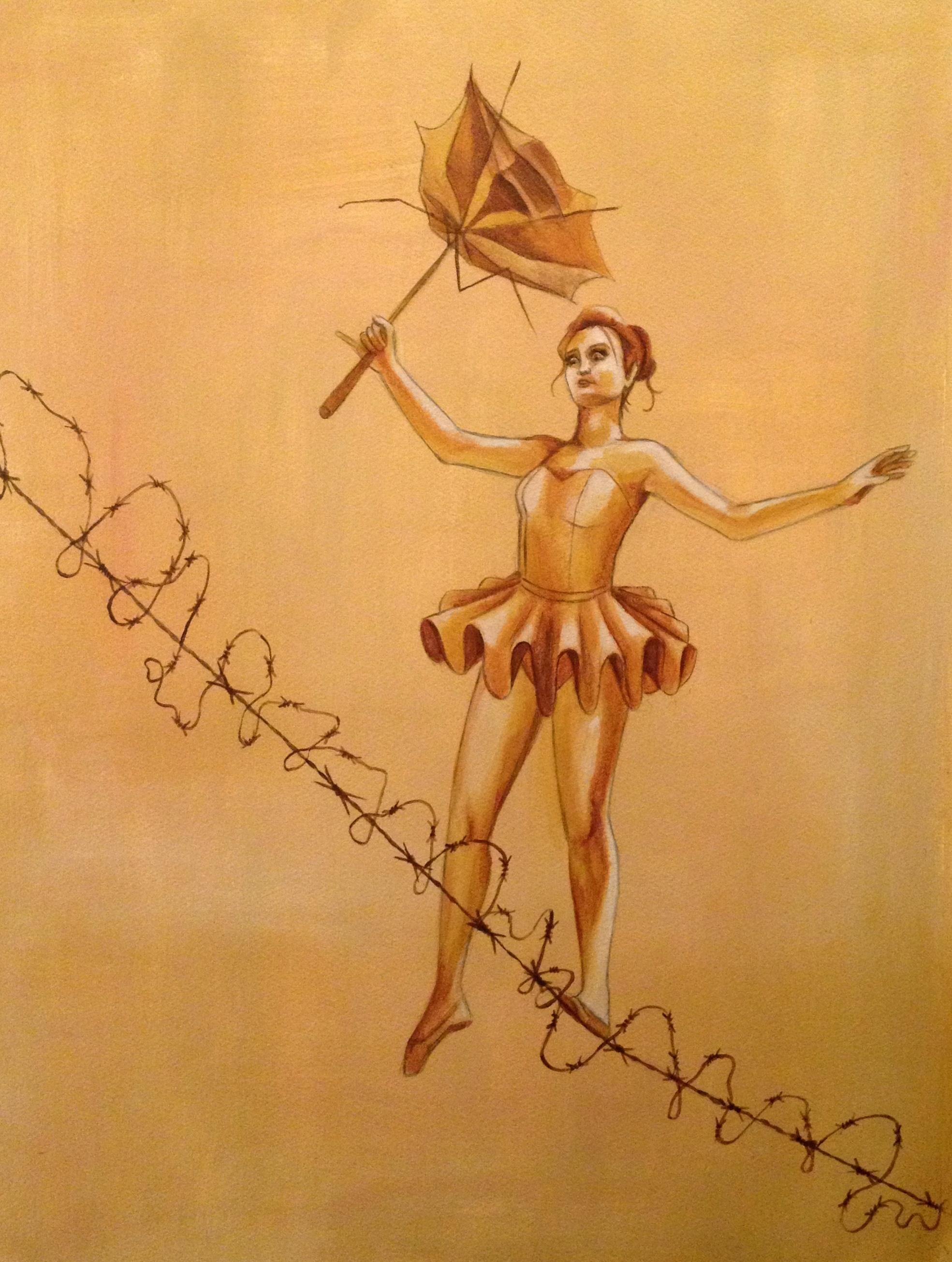 After reading the slideshow, I had a hard time figuring out what I wanted to create an image of. I think I might be one of the few people in this class who isn't an illustrator or animator so I didn't already have a story in mind. I liked the idea of using the angle of the "camera" to create emotion. I had done a sketch in the past that I decided to re-work to create more tension. I feel like the new image is much more effective than my original sketch. I think that changing the angle of the image and creating tension/anxiety by making the umbrella broken was the right choice. I wanted to take Daniel's advice on "minimizing distractions," but I wonder if the image is too minimal. Any thoughts on anything I should add? Maybe even just adding more value in some places?