I just got myself a set of brush pens when I found this class so I jumped 'write' in and started playing with my letters!

On my practice pages I put some little '''''s when I decided on a letter shape I liked: 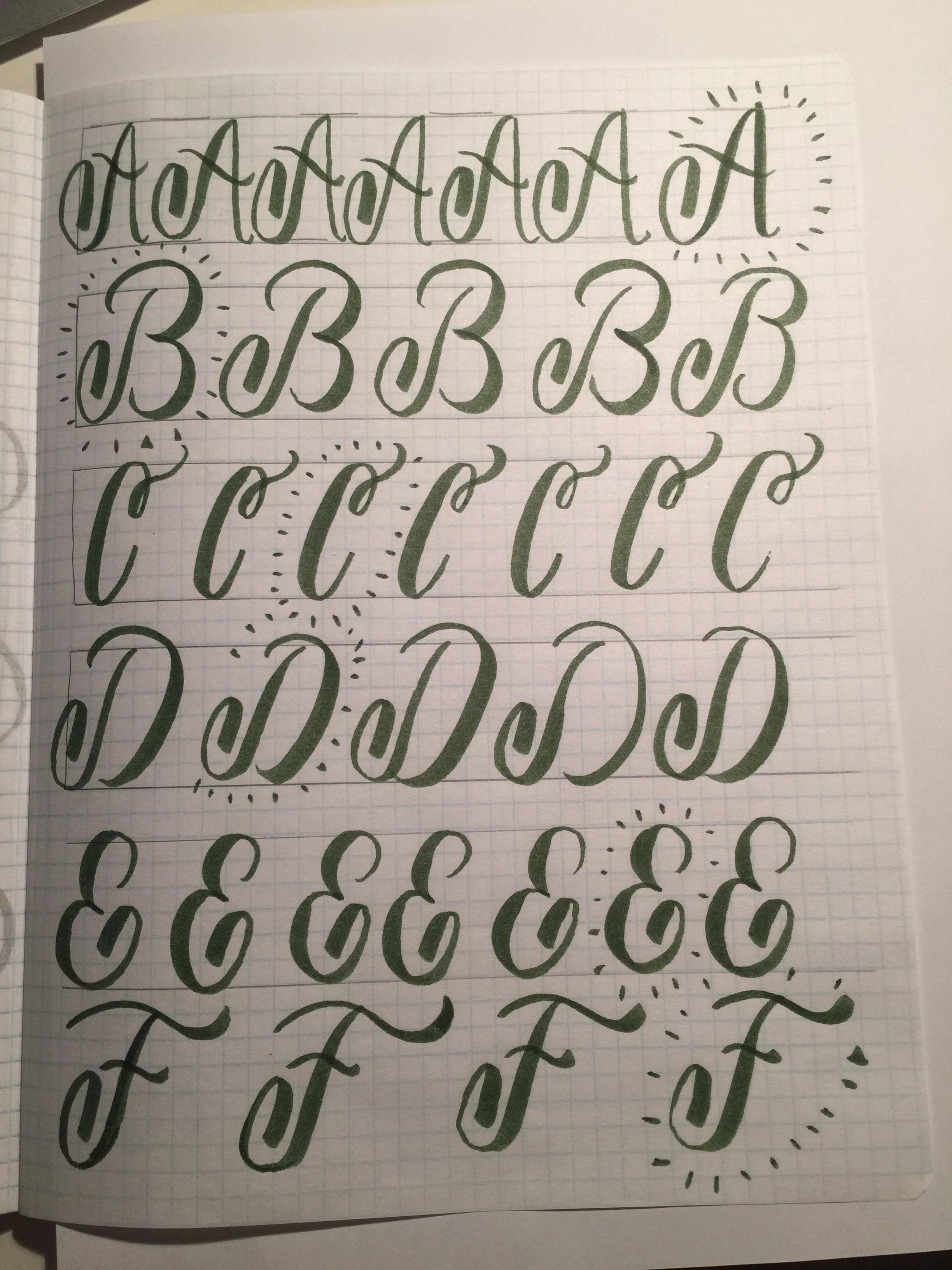 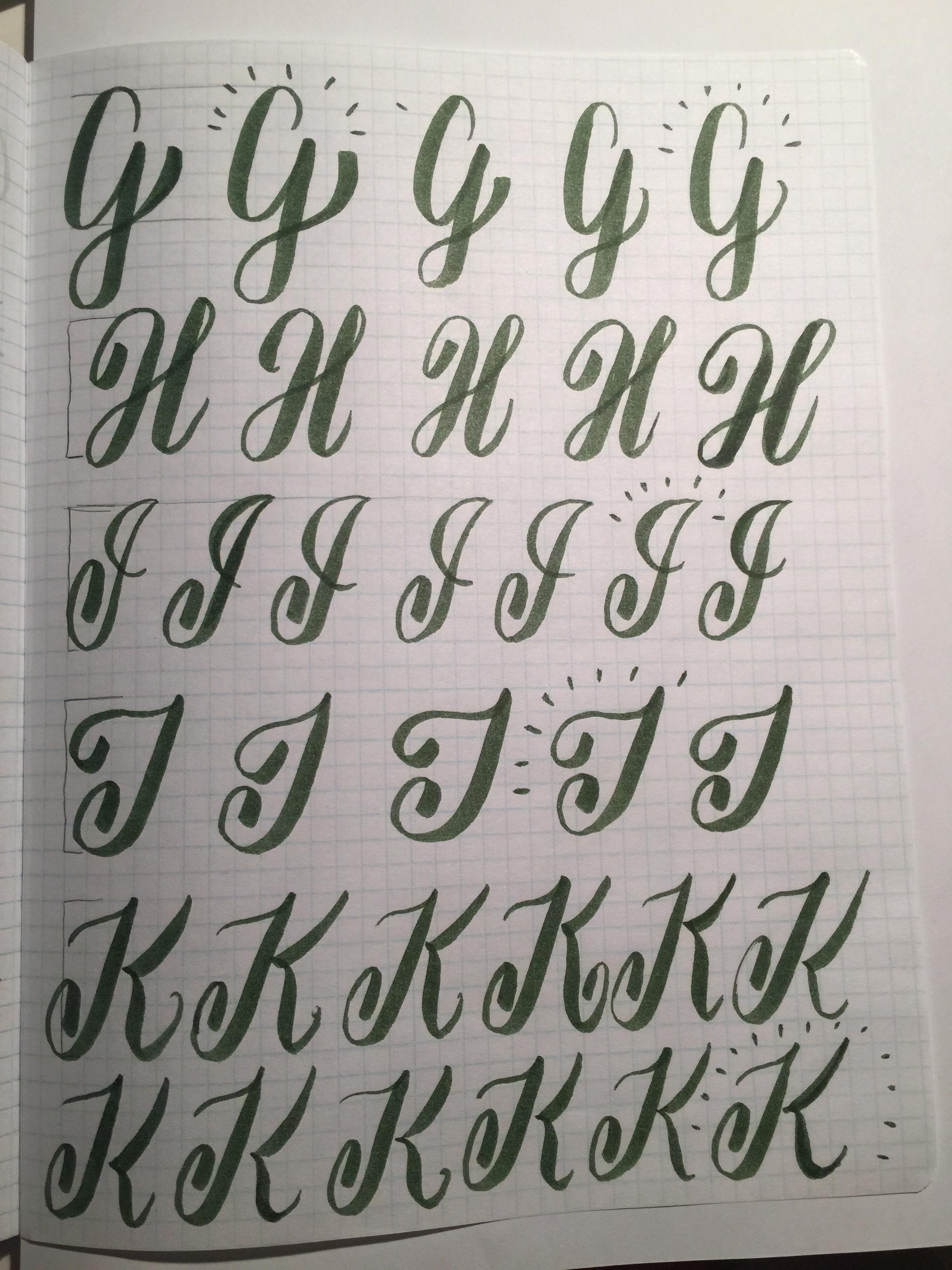 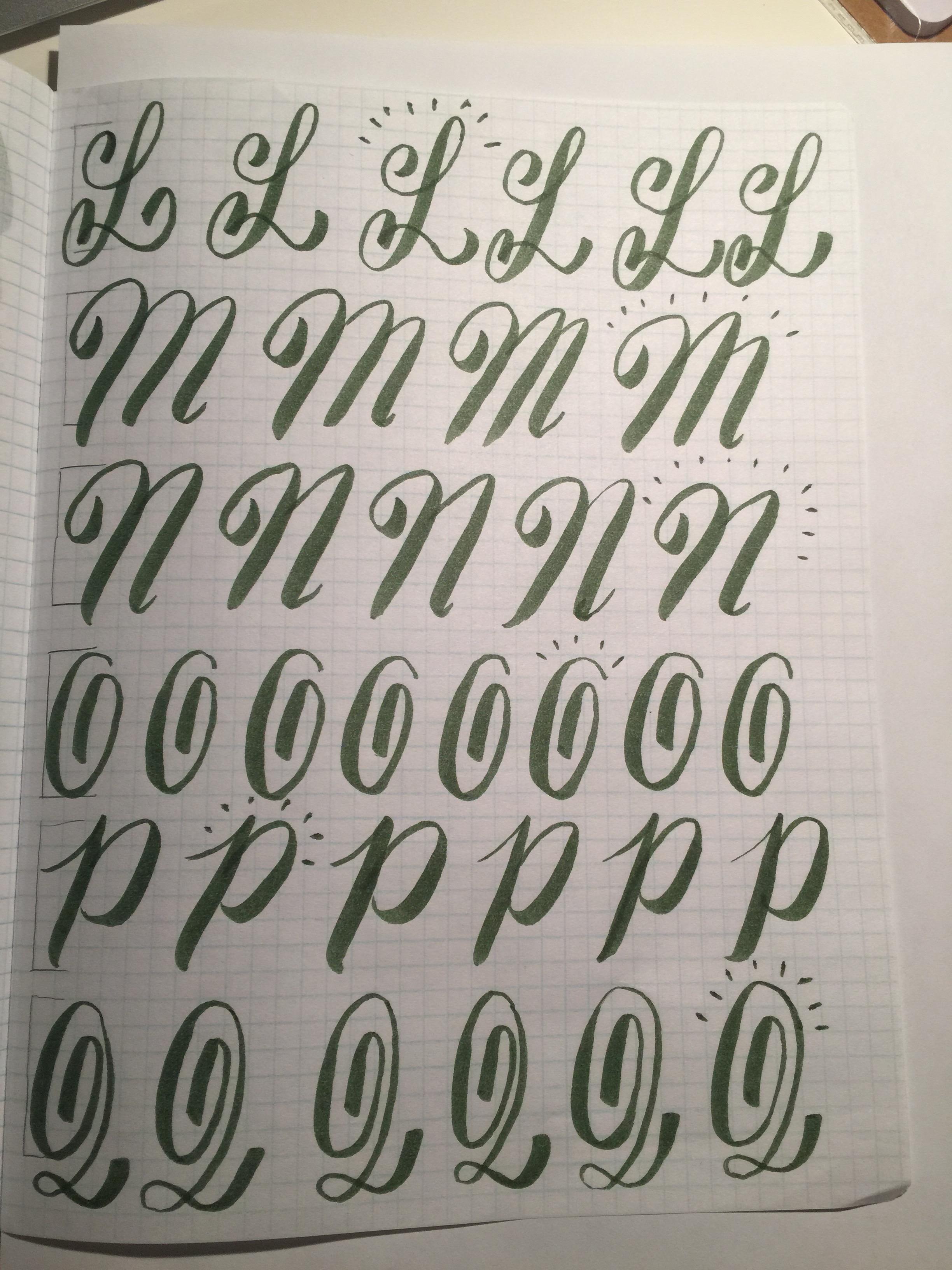 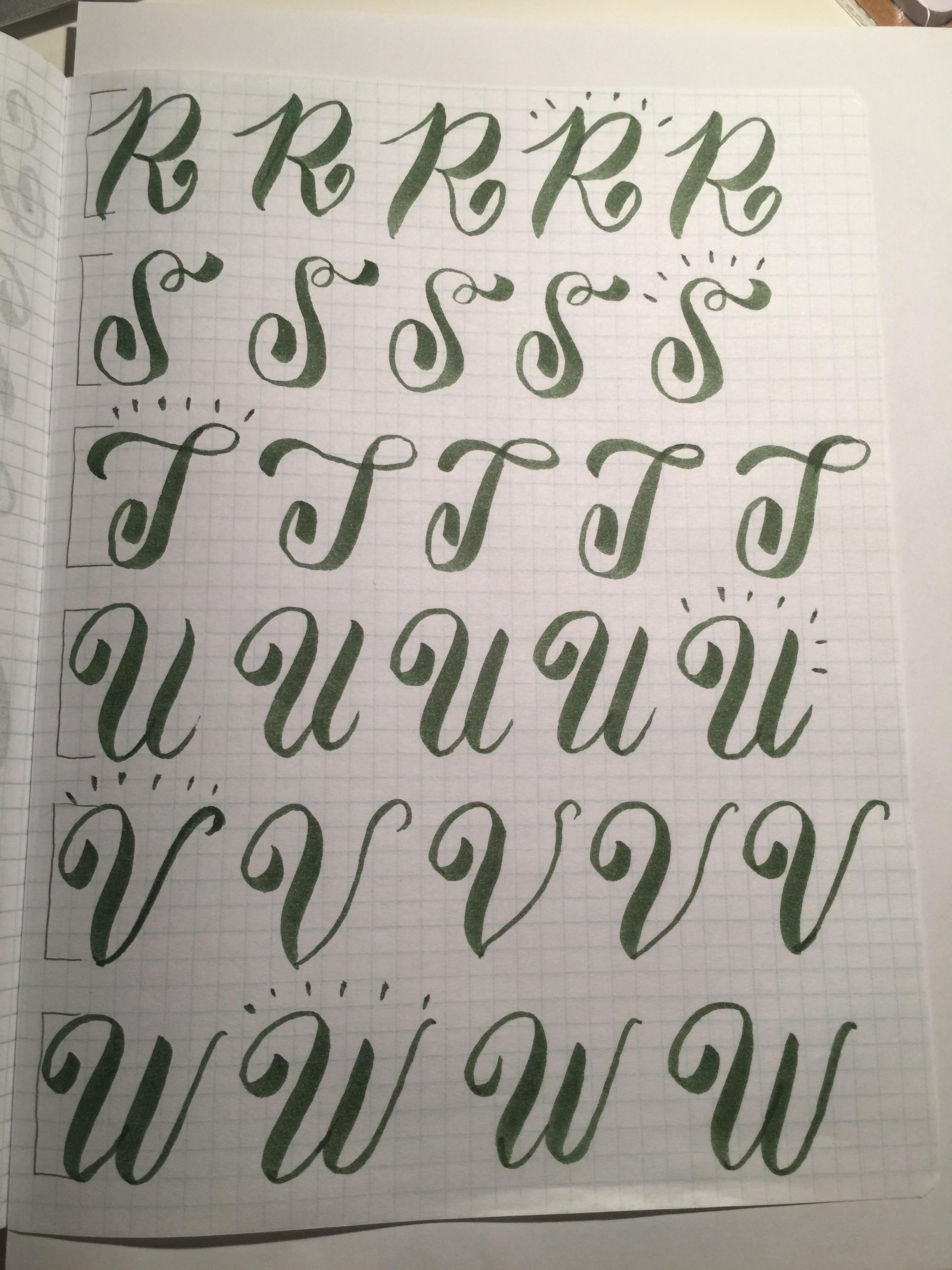 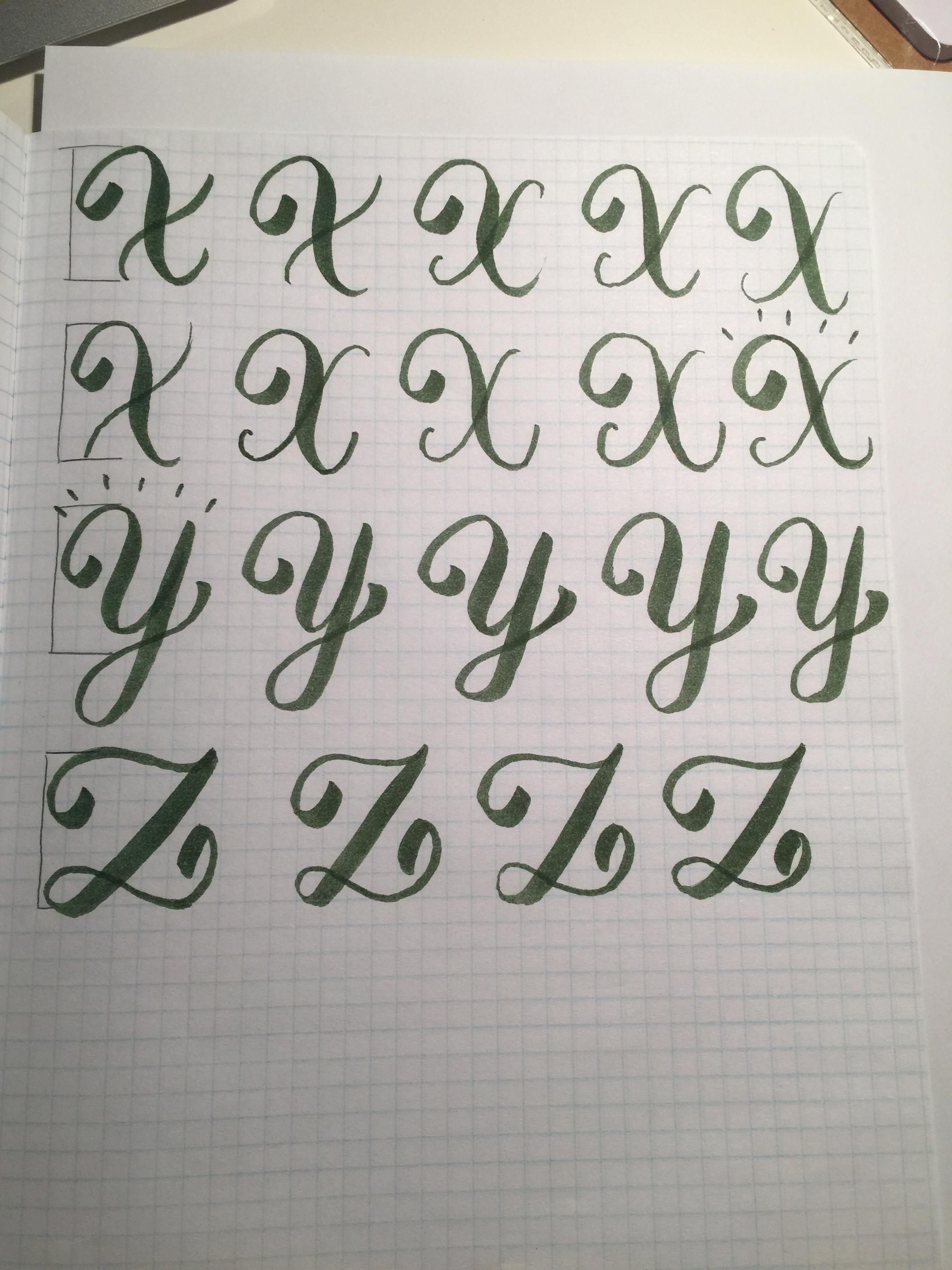 Now for my lowercase letters.

I switched pens because the green wasn't as firm as when I had started, which is kind of a bummer because I prefer the firm brush tip.. 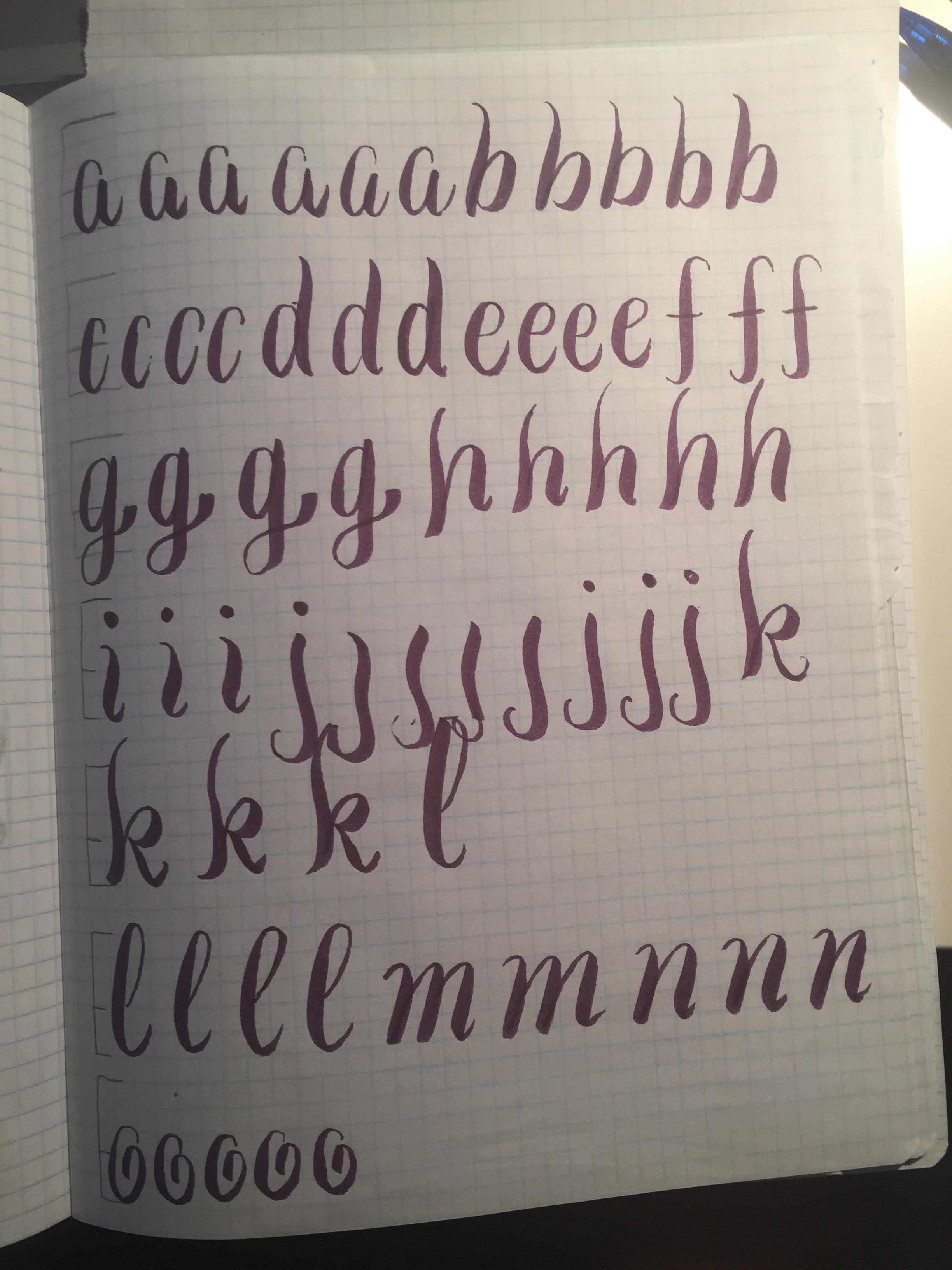 Woah, some of these letters need some work.. Specifically the consistency of the strokes. It's kind of amazing how such subtle little differences in how firmly you press or the angle in which you're holding the pen can make such a huge difference in the letters! 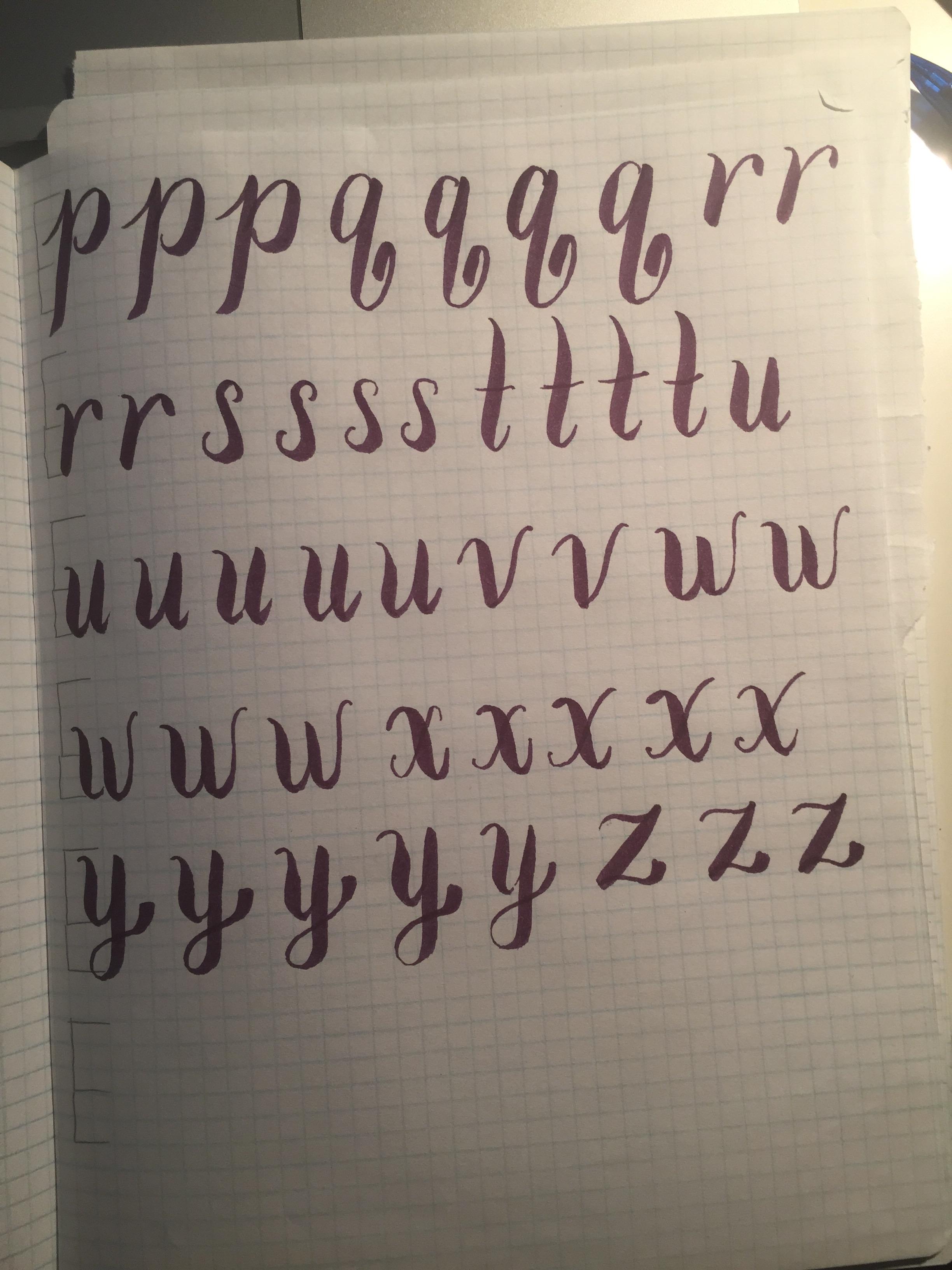 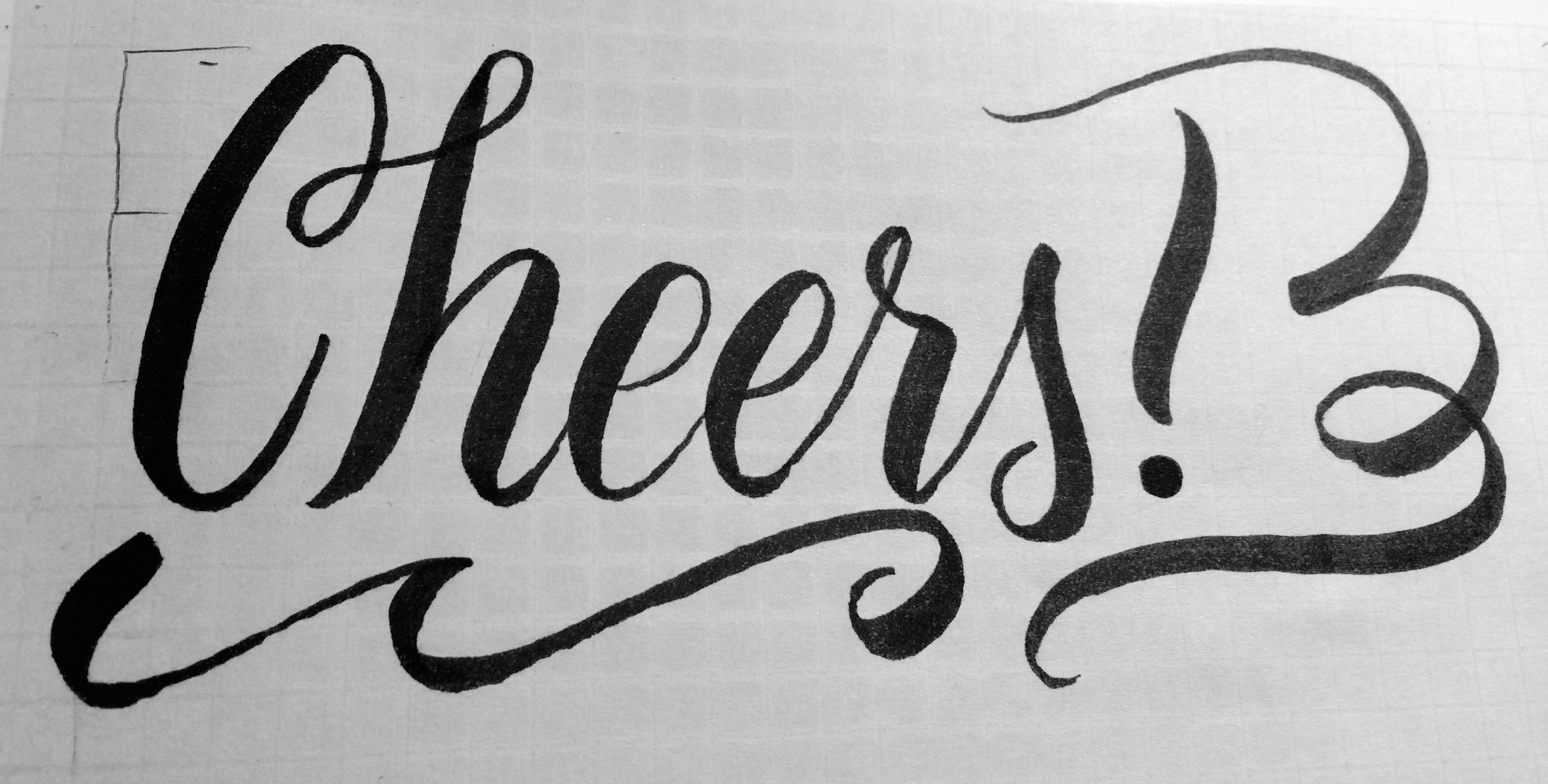 The swirlies were fun!

I thought for a long while on words and/or little phrases to write. I came up with mostly really long quotes so I ended up picking something pretty simple -"Rise and Shine" - to start out with.

Here's some preliminary sketching and pen practice to play with the layout: 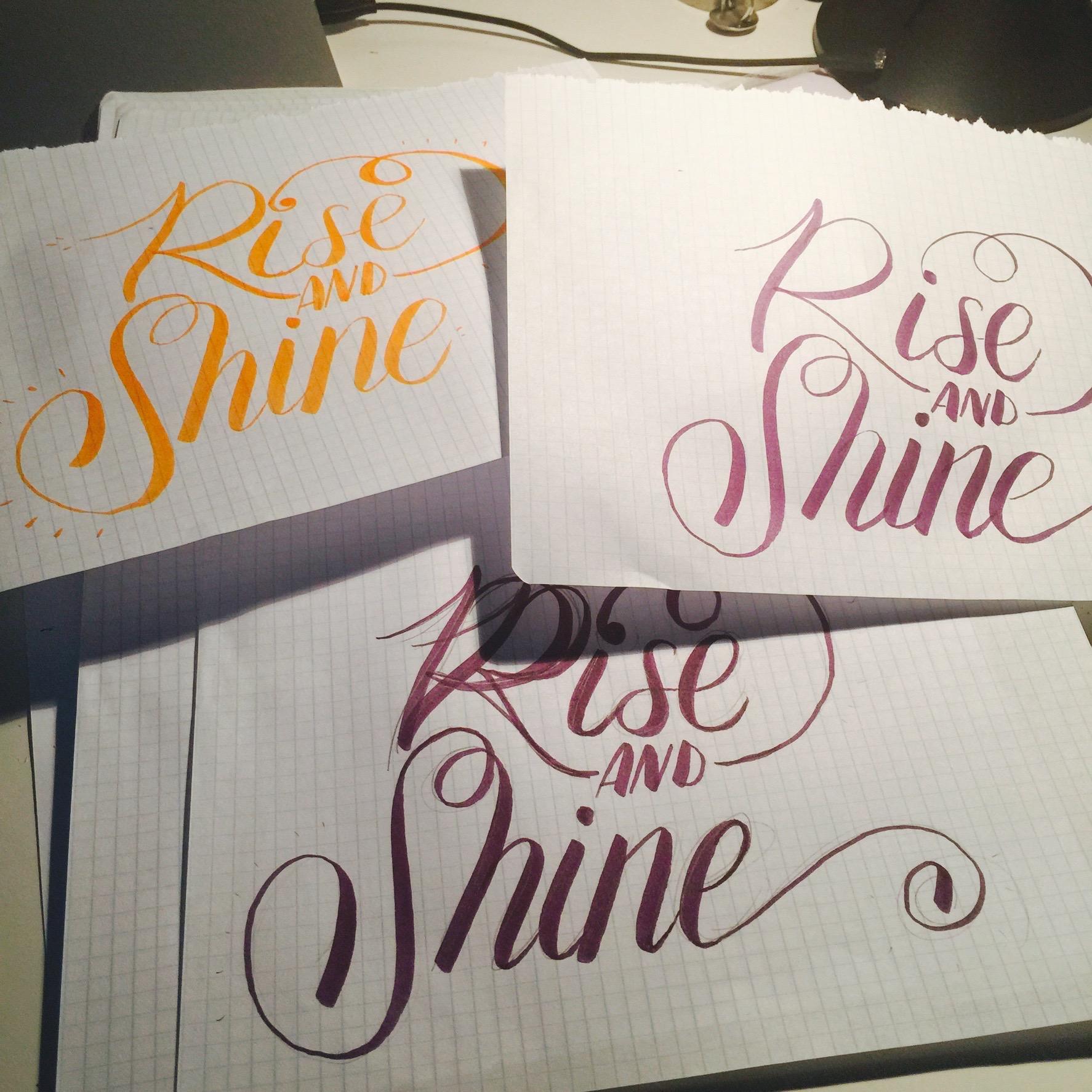 Then I sketched out my layout on somewhat nice(r) paper: 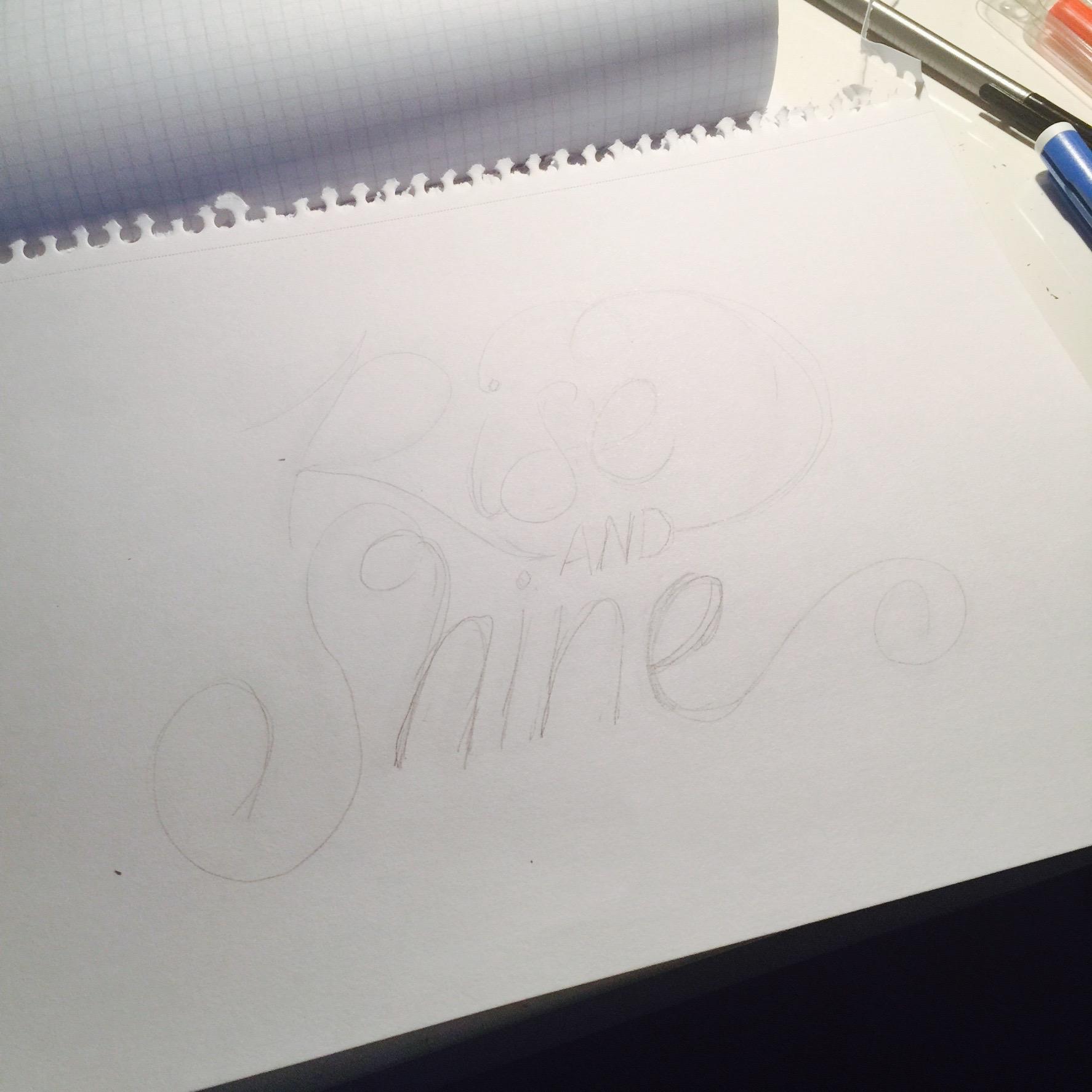 I went for it! Phew! Turned out okay and I tried some color blending while I was at it too! (not that you can tell as the darker shade was pretty close to the lighter shade..) 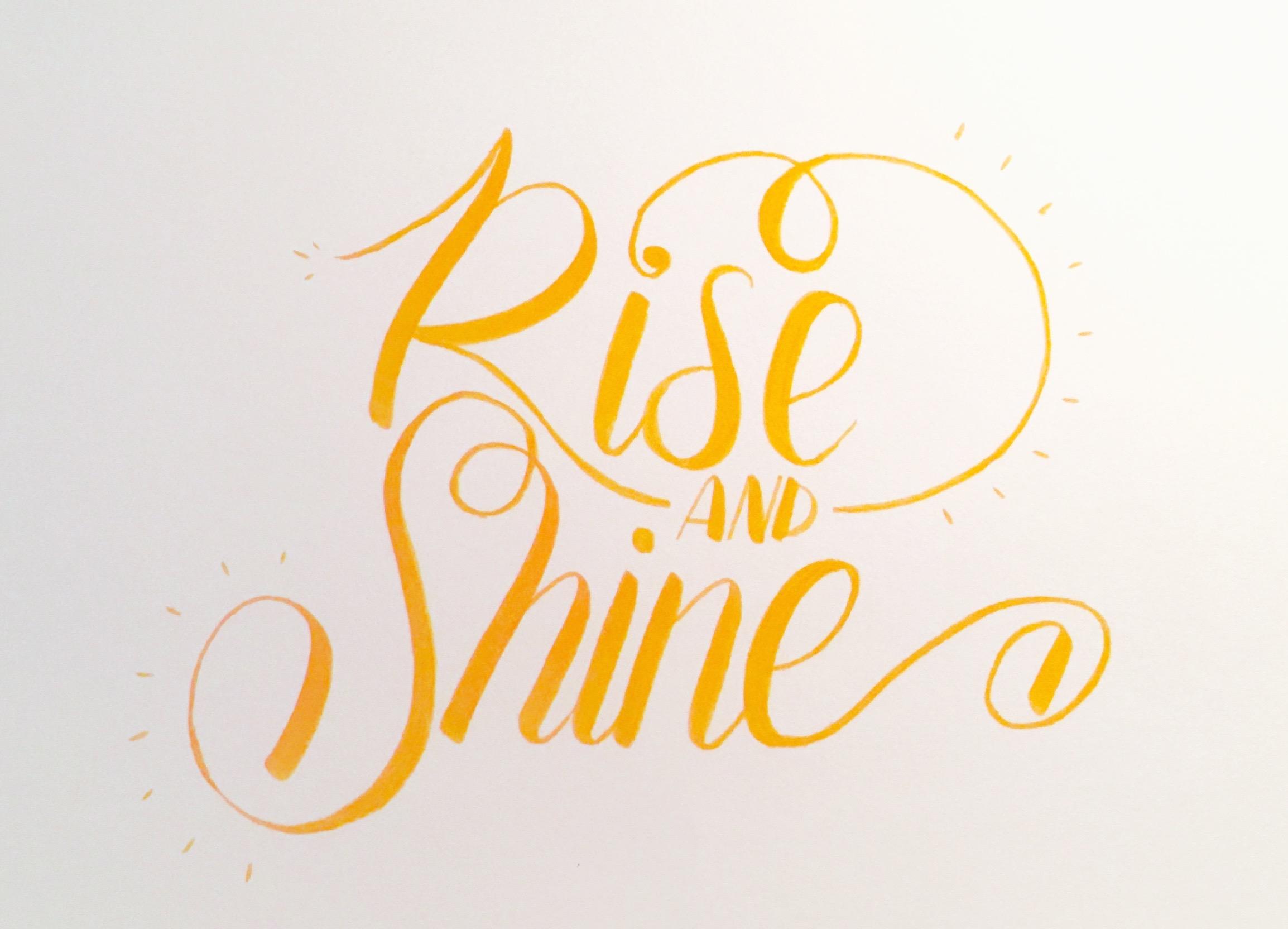 The I put it in a frame I had laying around and TA-DA!!! 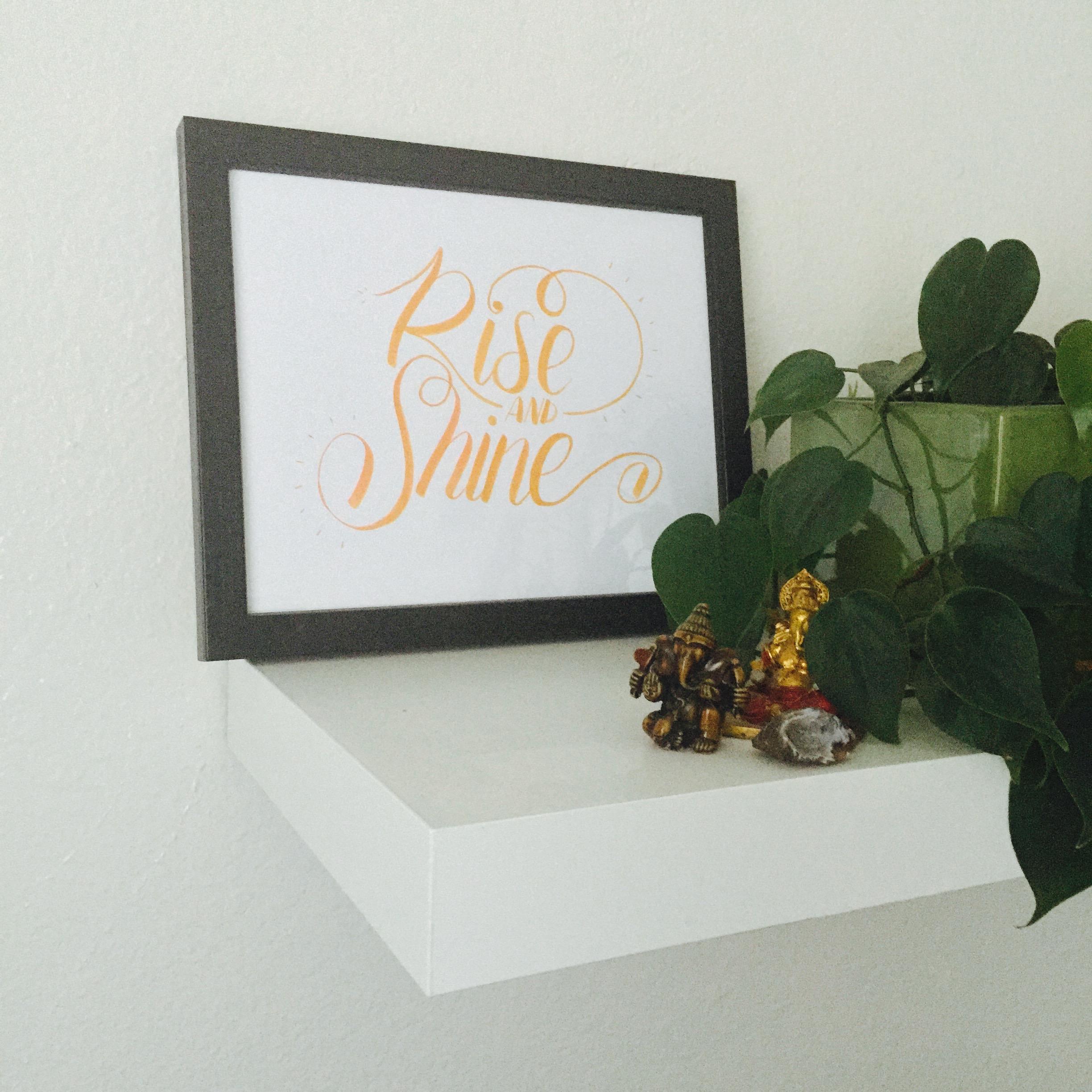 This was a fun class, I really enjoyed the brush pen tips and practicing my strokes. I'll keep it up the practice!

I wanted a new picture in my kitchen... I was inspired by the many others who feel similarly!

I think my lettering is a bit more consistent, still practicing though!

I hadn't even finished my coffee by the time I finished this one! 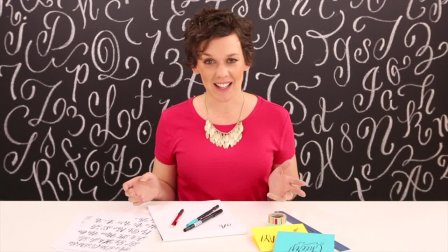