I'm Juan, and this is my project.  It's been a few years since I worked in Illustrator, I've forgotten a lot and am a bit rusty.  This is an illustration by Colombian illustrator Leo Espinosa, from his book  The Magical Book of Pombo,  as in the celebrated Colombian poet Rafael Pombo.

I chose this image because I enjoy the vintage/ golden books illustration style, the figures are simple and there are a few areas that fade/blend into other colors.  Blending and gradients are something I want to practice more. Late start, hope to have more up soon. 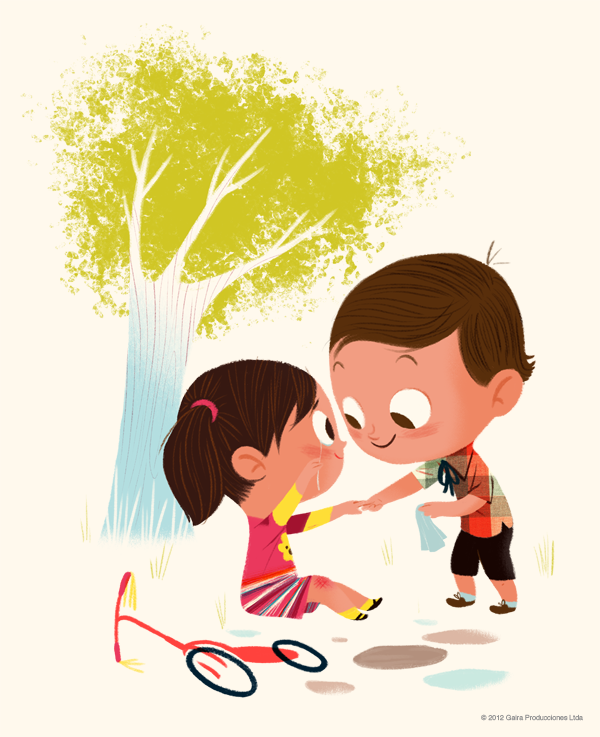 Update 5/21:  Still a little behind, I've only only been able to work on it for two sessions. Still laying down shapes.  A lot of it is starting to come back to me.

Last time I worked in Illustrator was CS3.  I'm still not up to date ( currently CS4), but I'm discovering new features and new ways of building shapes.  Can't wait to finish blocking in so I can tackle textures and gradients.

Everyone's projects are looking great, keep it up everybody! 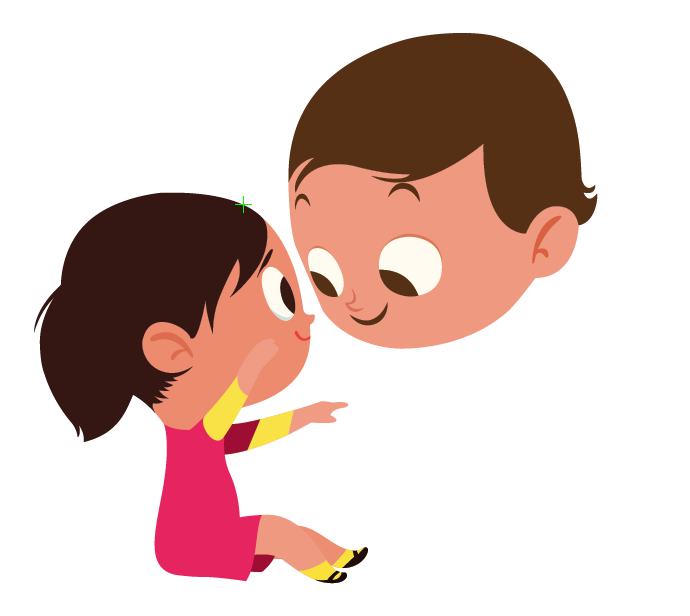 Update 5/22: Finished blocking in the figures, I think everything else (tree,  bike, etc.) should fall into place without too much trouble.  I'll probably add the plaid colored squares at the end when I'm working with textures.

Need to finish watching the rest of the videos and resist the urge to go keep working, there's probably a good deal of other things that are new to me and I don't want to miss out on anything. 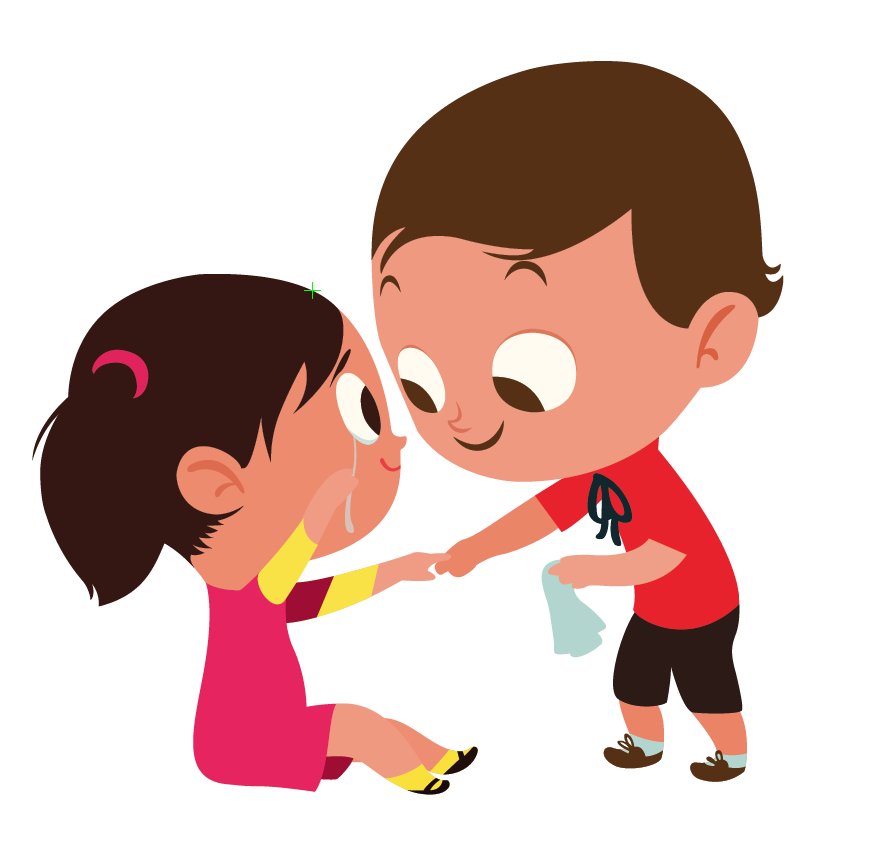 Update 1/30/14: Hey everybody, I know it's been a while.  My computer died on while I was working on this project back in June.  I guess brushes and textures were too much for the old hard drive to handle, and in the middle of rendering my computer died. What's worse is that I hadn't backed it up over a month so I lost everything I'd been working on, wah wah waaaah!

I was finnally able to fix my computer after two months and tried recovering my files but no such luck.  Lesson learned. Hopefully.  Here is where I'm at, like I said, had to start from scratch.  I also upgraded from CS4 to CS6/CSS, monthly student discount subscription for a year.  I really wanted to get into brushes and textures but I felt limited with what CS4 could do in comparison to what we were being shown in the videos. When I end up finishing this one, I'd like to do one more for the the sake of practice, Maybe an Eyvind Earle postcard.  Here's to dusting yourself off after hitting all those bumps in the road! 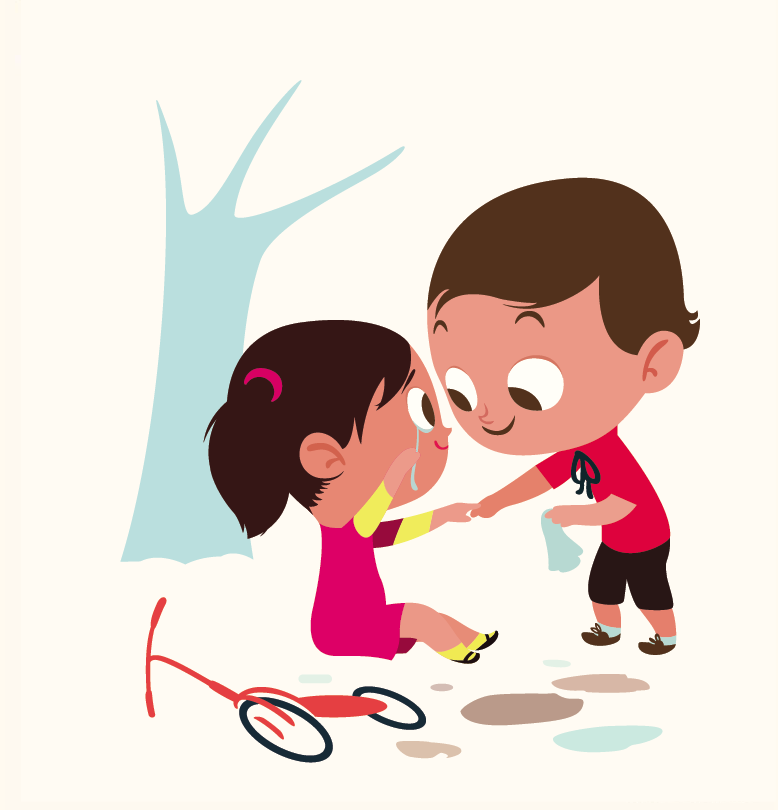