Thanks for another great class.

I fancied going creepy on this one, and call it 'Creepy Twins'. My main image was from the Getty Museum Collection and the background was a Jerry Jones one from his Abandoned Wallpaper texture set.

I chose dark spectrum for my gradient map and blended with overlay.

Having played with the wallpaper texture at the top of the stack, I opted to put it behind the image. I blended the image using overlay and masked out just the skin and white areas of the clothes. I didn't add any lights as I quite liked the effect as it was. Keen to try that another time though.

Found a nice pic of a deer on Unsplash.com by Rebecca Johnston and fancied giving this another go.

I used the 'green, purple, blue' gradient blended with colour burn. Over the top I blended a Jerry Jones Bokeh texture with hard light and lowered opacity to 66%. 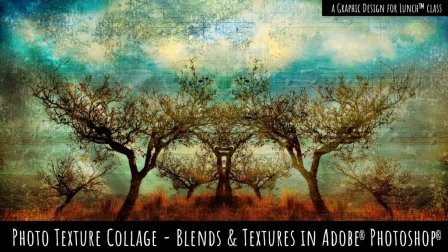