Subject chosen: My favorite goldfish from my in-law's tank!
Why?: Because I think goldfish are beautiful, with lots of personality. This one in particular has a cute belly and white coloring on the tips of its fins~

First photo ("Project Practicals"): Taken with a DSLR and minimal understanding of the camera's functions, somewhere around 10 AM. The highlights on the tank's glass were very bright, and became distracting. The only thing I edited out was a trail of waste hanging from the fish's bum, because it was simple enough to do and didn't help with the image of beauty I was trying to convey. :p

Second photo ("Focus & Frame"): Taken with the same DSLR, but with a zoom lens because I was accidentally scaring the poor fish when trying to shoot it up close. Realizing the importance of waiting for it to swim to an area with less background noise really helped. I liked the second image, but it didn't show off much of the tummy or tail, two areas I really wanted to showcase. The last two images here felt much better, and the blurred highlights on the glass felt more ethereal than distracting!

Third photo ("Composition"): The setting sun helped eliminate most of the highlights on the tank, so it was a bit easier to focus on the placement of the fish in the frame. I still wanted to keep its whole body in the shot to show off the graceful lines in its anatomy, so I tried to keep its eye to one line or intersection of the grid.

Fourth photo ("Angles and Emotional Impact"): Can you tell from the lighting that this has been an all-day endeavor for me~? With angle as the focus, and having already captured some eye-level shots with the previous instances, I decided to try some worm's-eye views. Taking a picture from above would have made the fish look like prey, which wasn't the image I had in mind. Shooting from below allowed for more emphasis on that cute tummy, and looking up at it was in-line with the idea of beauty I was after.

Fifth photo ("Lighting & Color"): Having seen the lighting change throughout the day already, I decided to change the tank's lighting from white to it's night-time blue setting. While it's not the effect I initially set out for, I adore the results! To me, it has an other-worldly, dangerous-deep feeling to it. May not be fitting for a goldfish, but the subtle glow blue-light brings out in some colors did create some interesting purples in its scales and fins~

Final Images! While editing is still something I intend to learn more about, I did some simple adjustments to brighten the colors in my favorite images a bit. Definitely a huge difference from when I first sat down to take some shots! c:

I feel like this cutie needs a name now. Gonna be thinking on that for a while~ 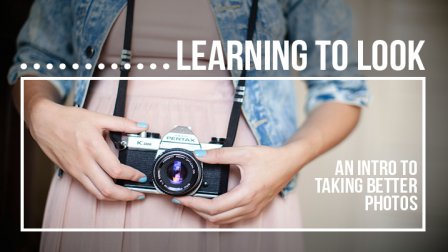