I’m excited to share with you a bold new identity for the Philadelphia Museum of Art that puts “art” front and center. Iconic and expressive, the logo customizes the letter “A” in the word “art” to highlight the breadth of the Museum’s remarkable collection. The identity launched just last week with the unveiling of plans for a major renewal and expansion of the Museum by the celebrated architect Frank Gehry.

As you work on your own project for this class, feel free to format your project with Milestones as I've done here, we'd all love to see the process you went through.

I was originally commissioned to design environmental graphics for the revitalization and a new expansion of the museum, but it soon became apparent that the Museum also needed a new, contemporary identity that would both communicate its position as a world-class museum and provide a cohesive look and feel for its many programs and initiatives.

Here’s the original logo for the Museum:

Milestone 2 – Share your research on the organization that you’ll use to define the brand’s identity. Share 1 sentence that encapsulates the organization and images of their current identity system.

We worked with the Museum to identify what their organization was all about, and we landed on this:

One of the largest museums in the United States, the Philadelphia Museum of Art has a world-class collection of more than 227,000 works and more than 200 galleries presenting painting, sculpture, works on paper, decorative arts, textiles, and architectural settings from Asia, Europe, Latin America, and the United States. The Museum’s Greek Revival-style Main Building is one of Philadelphia’s great landmarks, and its 10-acre campus anchors the western end of the city’s Benjamin Franklin Parkway.

Milestone 3 – Sketch a series of design concepts in the form of a potential logo. Share scans or photographs of your sketches and share with the class.

As we started to sketch out the new identity, we realized that Avenir was used in the existing identity, and decided to keep that in the new look.

The font already appears on much of the Museum’s signage and in publications and other communications. The implementation of the new identity on environmental graphics and other applications will be a long process—the program will roll out as construction continues over the coming decade—and it was advantageous to have the new system complement existing elements as work progresses.

Milestone 4 – Finalize and digitize your final kit-of-parts. Upload screenshots or final images of your logo and kit-of-parts.

Here's how we finalized the new logo.

In certain instances, such as special exhibitions, retail, invitations, badges and tickets, special 'A's may be used to emphasize the breadth of art at the Museum. A series of 200 'A's were created representing different styles of art and works in the collection. 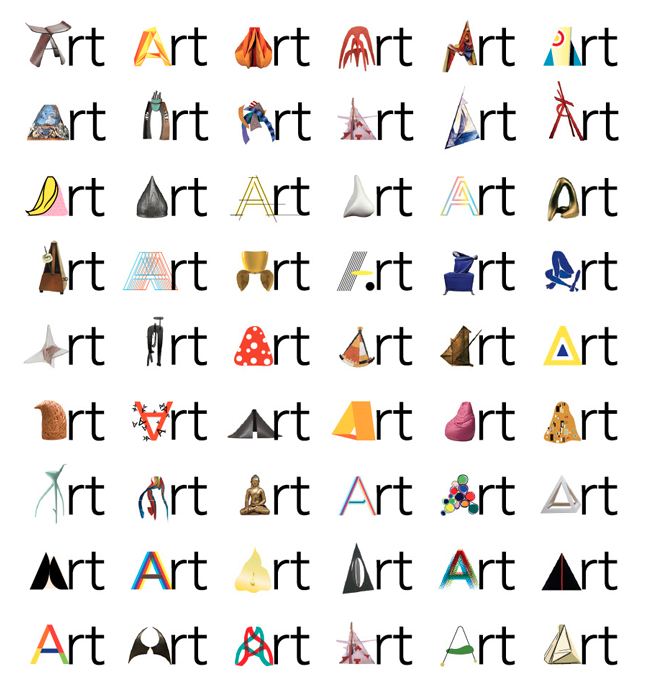 Milestone 5 – Stretch your design and apply it to at least 3 other mediums. Post the final liquid identity system illustrating how it’s applied across mediums.

Bringing an element of playfulness to the Museum’s brand identity, the mark can be modified for specific exhibitions and collections, and is endlessly adaptable.

Here are some examples of how we applied it across different mediums including brochures, tickets, buttons for visitors, specific exhibits, and stationary systems. 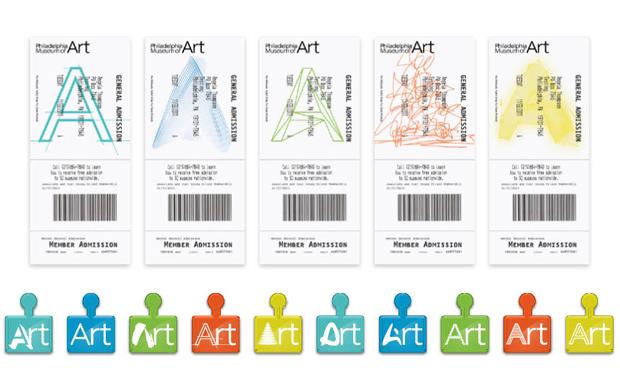 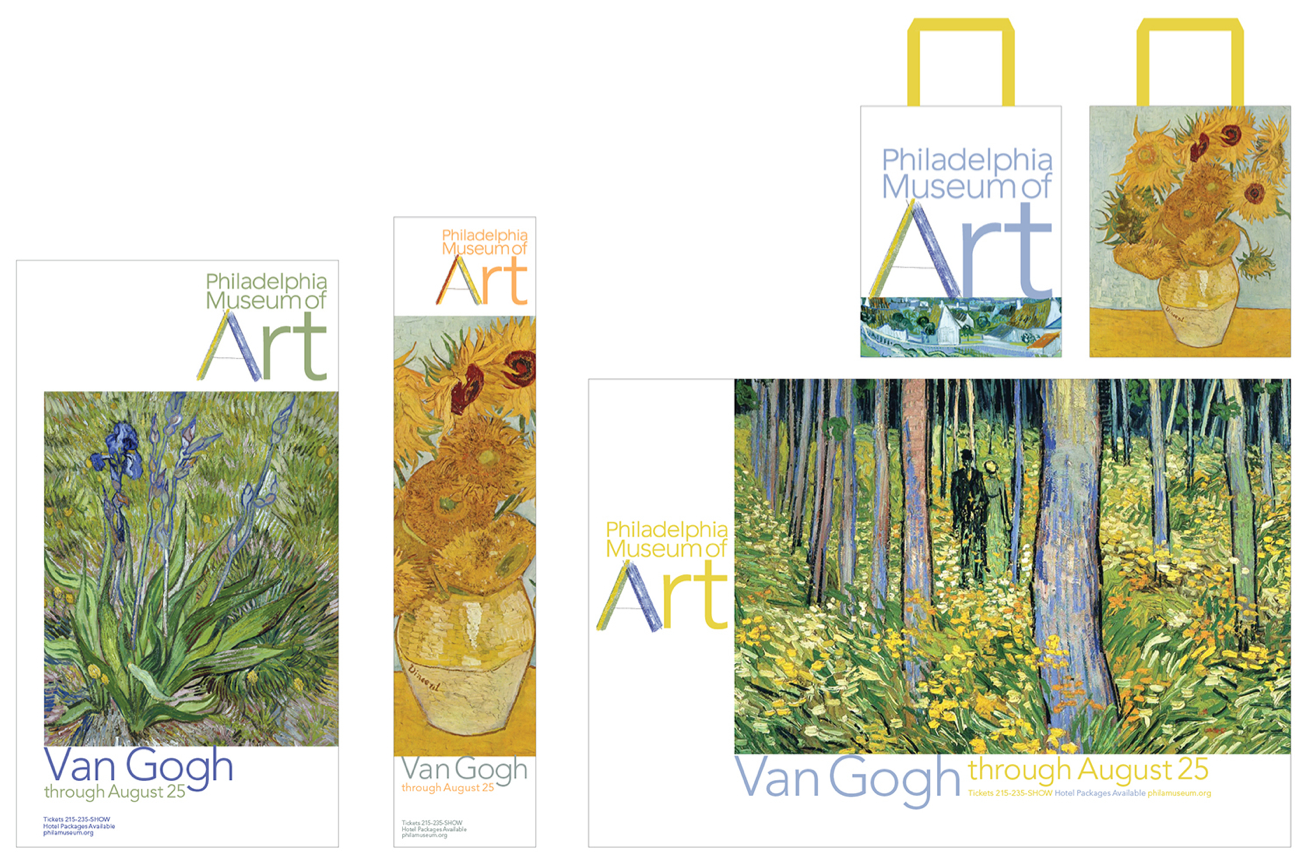 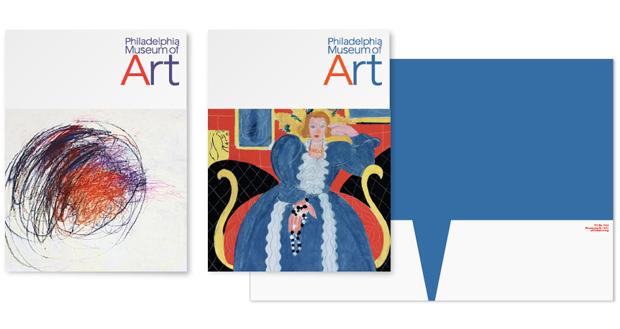 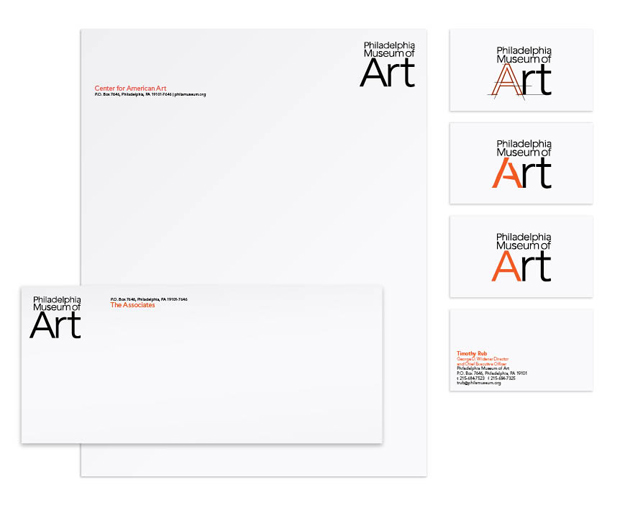 To learn more about this project, check out Video Lesson 7 in this class. Also, you can view more images on the Pentagram blog. 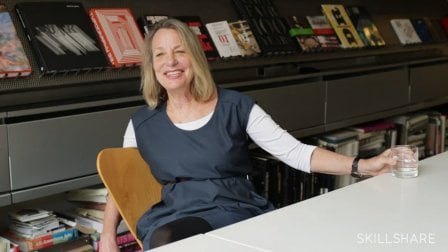